New build slots open up for Bugatti’s 110th birthday present, developed with The Little Car Company and designed for ages 14 and over, with prices from £27,000

Parents looking for the ultimate present for their car-mad teenager should look no further than Bugatti's latest offering - an electric 75% scale reborn Bugatti Baby.

Designed in partnership with The Little Car Company and launched to mark Bugatti's 110th birthday, the Baby II is a larger version of the original built in 1926 by founder Ettore and his son Jean for Ettore's youngest son as a present. A scaled-down version of the hugely successful Type 35 racer, the Baby was so well received that it entered production in 1937.

The Baby II was first announced the 2019 Geneva motor show, with all 500 examples accounted for three weeks later. However, "recent global events" have prompted some clients pull their orders, meaning a number of build slots are available on a first-come, first-served basis. Production has now also started.

While the original car was a 50% scale model, the new, 75% scale Baby II is designed for ages 14 and above and, according to Bugatti boss Stephan Winkelmann, will "invite a young generation of enthusiasts to fall in love with the wonderful world of Bugatti".

The Baby II is available in three forms. The base car (the world's cheapest 'Bugatti' at €30,000 (about £27,300) comes with a composite body and a 1.4kWh battery pack and is limited to 12mph in Novice mode or 30mph in Expert mode. All versions have a limited-slip differential, hydraulic brakes and selectable drive modes.

The Vitesse (from around £39,500) takes things a step further, with a carbonfibre body and 2.8kWh battery pack, plus an upgraded 13.4bhp motor. Weighing 230kg, that version has a 42mph top speed and covers 0-37mph in six seconds. The extra power can be unlocked by Bugatti's famous 'Speed Key', and the firm claims the Vitesse can spin up its rear tyres. It even features regenerative braking, allowing the Vitesse model to achieve a 31-mile range, and the battery pack can be swapped for a fresh one in "seconds".

Also available is a €58,500 (£53,160) Pur Sang model. It uses the same powertrain as the Vitesse but features hand-formed aluminium bodywork using the same coachbuilding technique as the original Type 35.

The car features suspension designed with identical geometry to the Type 35's, plus other faithful features such as working instruments, a quick release four-spoke wheel, a solid silver Bugatti badge and adjustable aluminium pedals. Buyers even receive membership of the Bugatti Owners Club and are invited to attend global events. 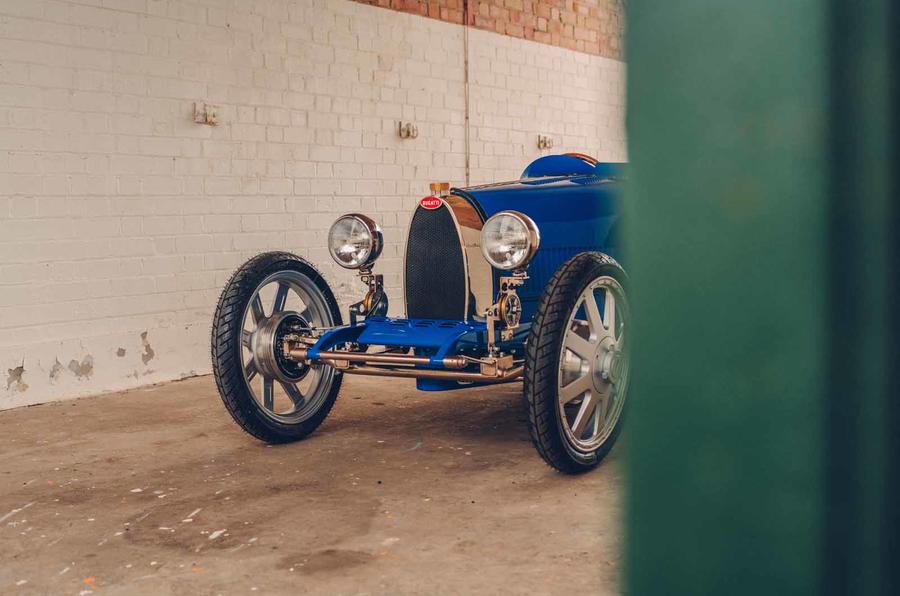 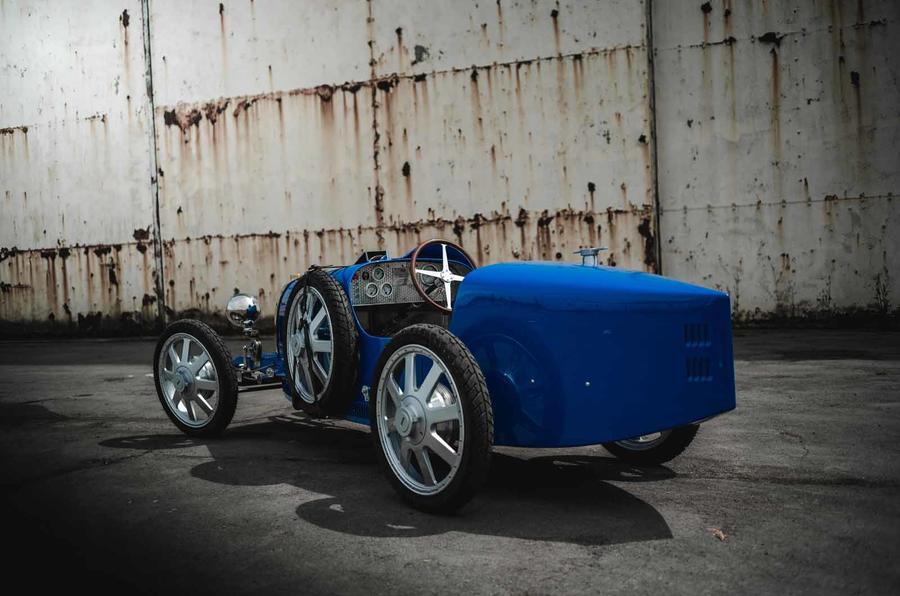 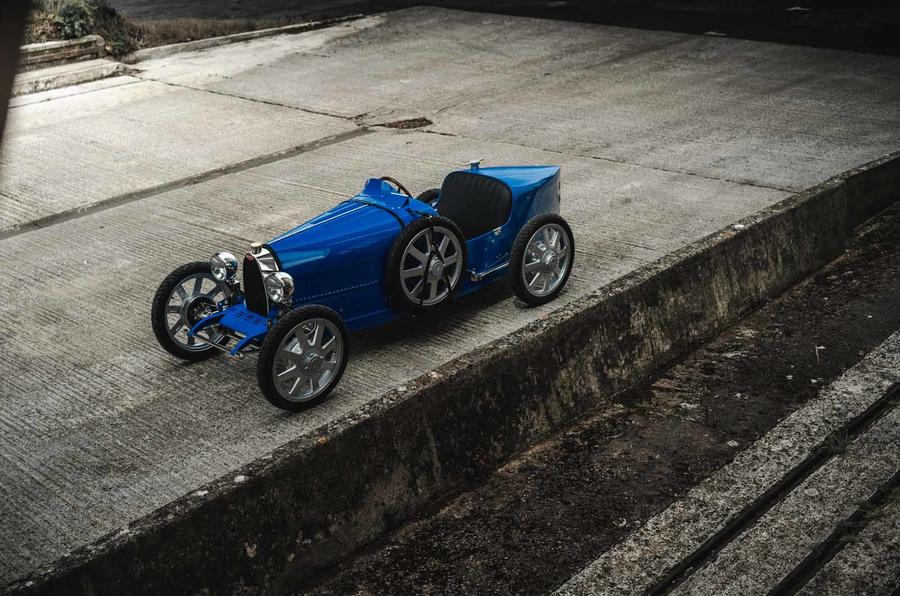 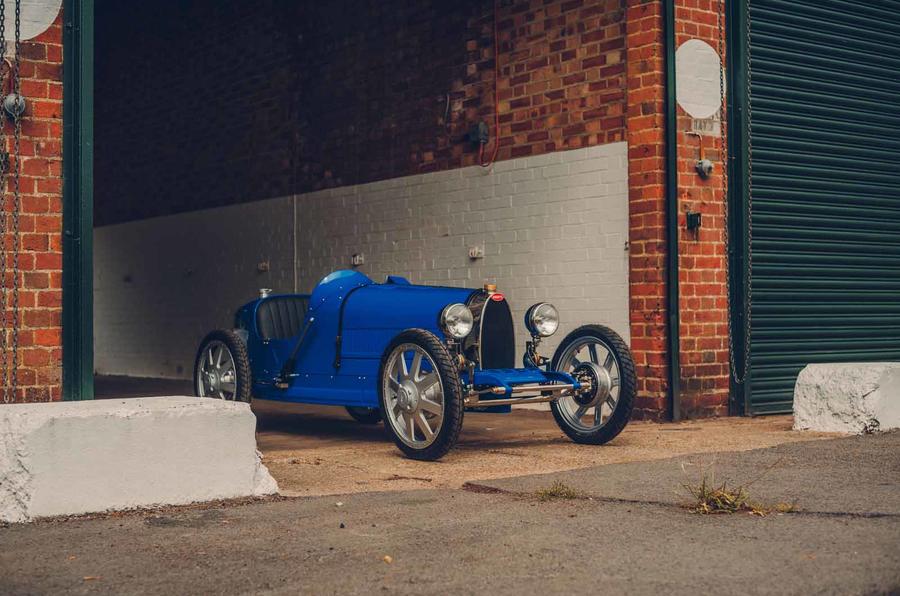 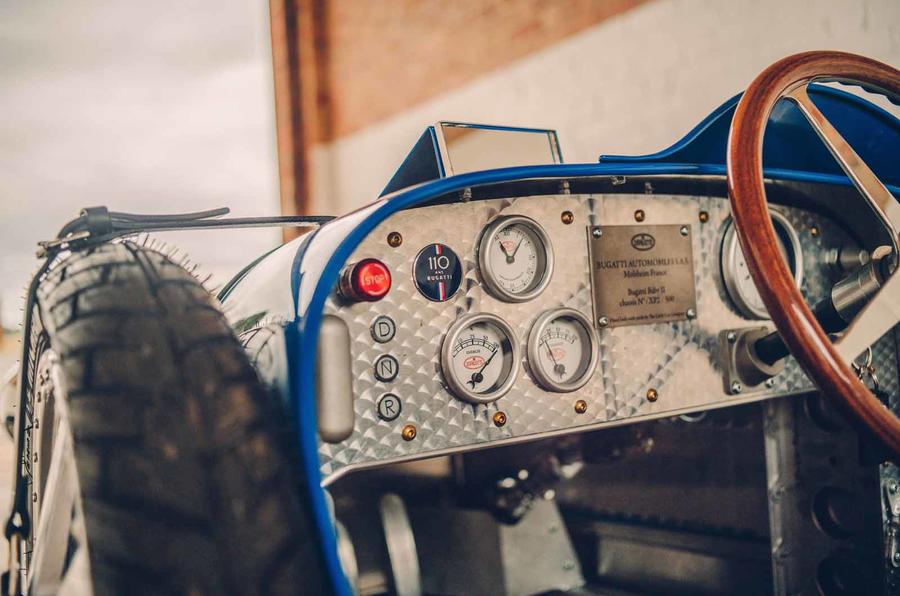 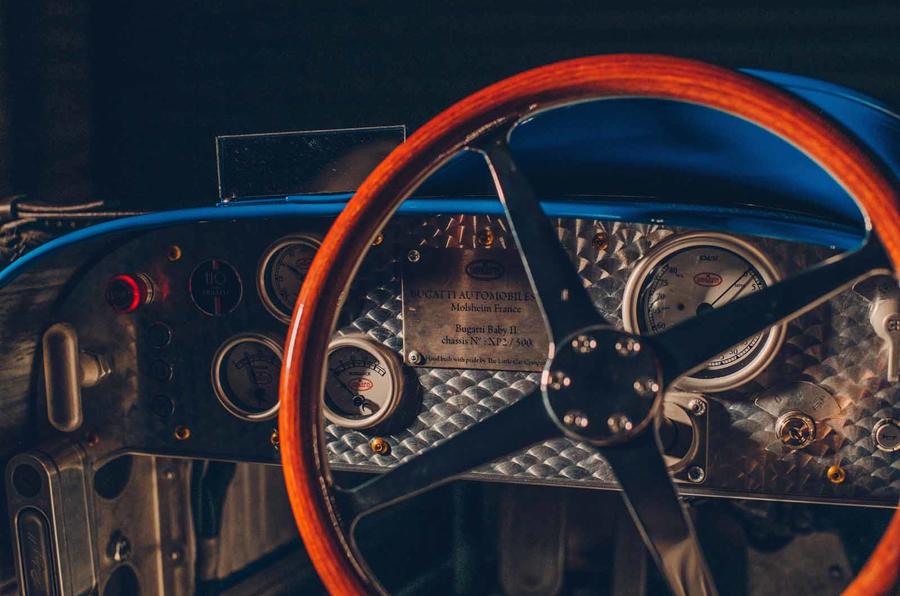