Ring In the New Year on Board Beyonce and Jay-Z’s Yacht, Illusion

boatsyacht
Here’s your chance to get a taste of the life of the rich and famous: Beyonce and Jay-Z’s former yacht is now back on the market. Then again, if you have half a million bucks a week to spare, you probably already know how the rich and famous life.

Back in 2015, the powerhouse duo charted Galactica Star from Dutch shipyard Heesen. Reports at the time claimed that it was worth over $65 million and was the property of Nigerian energy magnate Kola Aluko. Bey and Jay took it around the Mediterranean, docking in Cannes, Sardinia, Capri and the Amalfi Coast.

Their vacation was widely documented in the media, as reports swirled that chartering it was $900,000 a week. They were eventually squashed as unfounded.

It has now been refitted and renamed under its new owner, and is back on the market as Illusion. Illusion can be charted from $434,000 a week without VAT and expenses (a steal!). If you have that kind of money, it will be worth the experience.

Built in 2013 and unveiled one year later, this 213-foot long vessel is luxurious, fast and, to a certain extent, eco-friendly. Seeing how Queen Bey and Jay themselves chartered it (and they have enough money to buy or rent anything you could think of), its promise of a luxury, smooth ride most definitely lives up.

Illusion can travel at maximum speeds of 28 knots, and a cruising speed of 24 knots, making it the fastest in its class. It comes with a range of 4,500 nautical miles on a single tank of fuel.

Powered by a twin screw propulsion system, it burns 20 to 30 percent less fuel at maximum speeds, as compared to other vessels of the same size, thanks to the innovative hull design. At the time it was built, this hull design was new and the vessel was the first to incorporate it: the Fast Displacement Hull Form from Van Oossanen Naval Architects.

The exterior design is by Omega Architects, whose operative logo is "Crossing borders and Synergy." Bannenberg & Rowell, one of the most famous names in yacht design, did the interior, and it has been left nearly intact in the 2019 refitting, so the next owner / charter guest gets an overall aesthetic that combines glass, leather, ebony and polished steel, made to stand out thanks to plenty of natural light. Large expanses of glass make the interior feel airy and light, optimizing space distribution.

Incorporating an aluminum hull with an aluminum superstructure, Illusion is light and fast. Since it's not a megayacht, it can accommodate only 12 guests in 6 rooms (including a master suite, 1 VIP stateroom and 4 double cabins) and a crew of 13. The full-beam master suite comes with a study and a private balcony, which is the only difference between it and the VIP stateroom.

Amenities include 2 lounge areas (one shaded and one sunny), a spa with sauna and hammam, a fully-equipped gym (you wouldn't want to miss any workouts just because you're on a cruise, would you?), a massive sundeck, a bar with a large hot tub, and a pool with a glass bottom, for the most meta swimming experience money can buy. All outdoors areas are surrounded by wraparound tinted screens that keep the elements and prying eyes out, while still allowing for that outdoorsy feel.

If you're a more adventurous type, Illusion comes with a tender garage and a crane to lower whatever sea toy you bring along for the ride. It also has a touch-and-go helipad and enough space to store the helicopter until its next flight out. 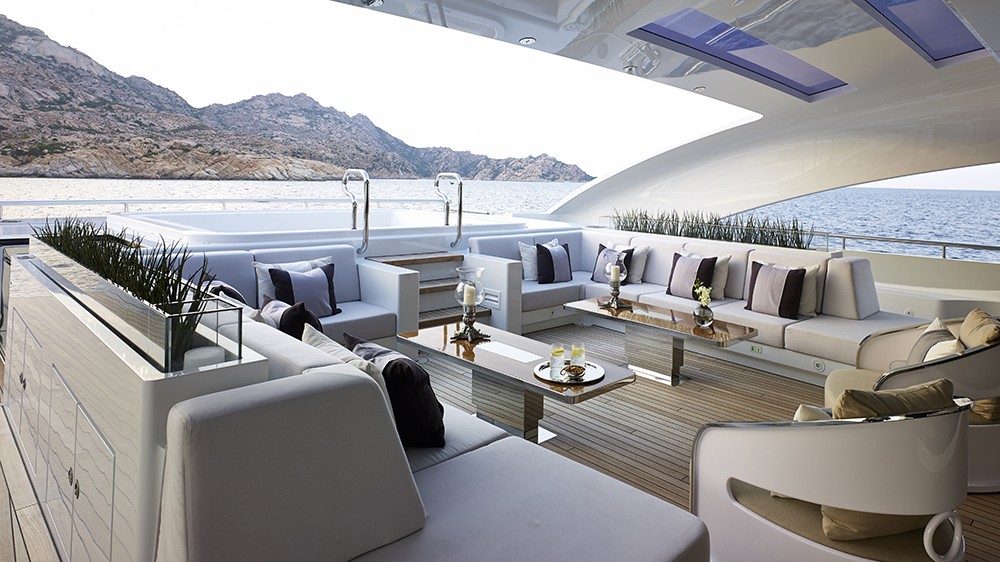 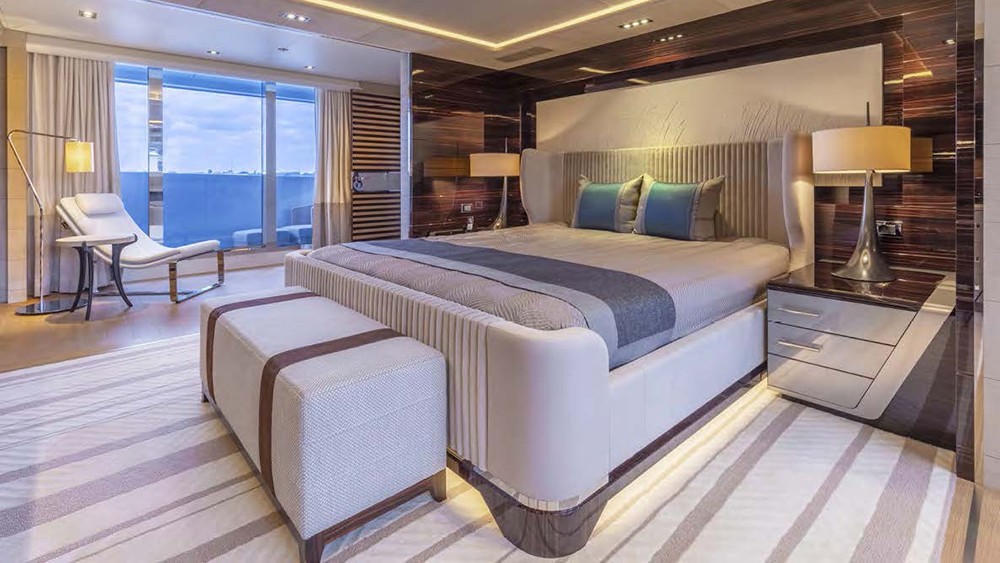 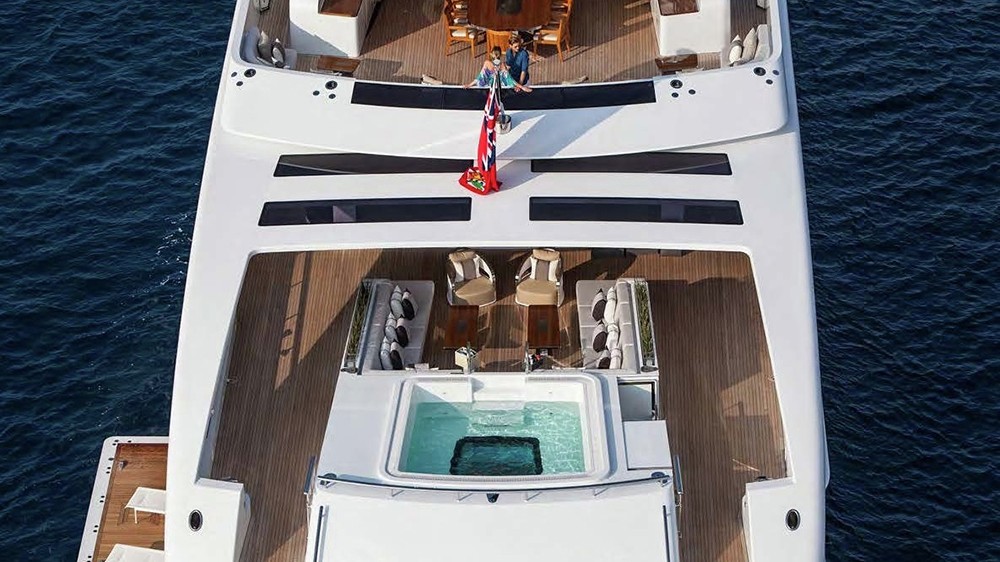 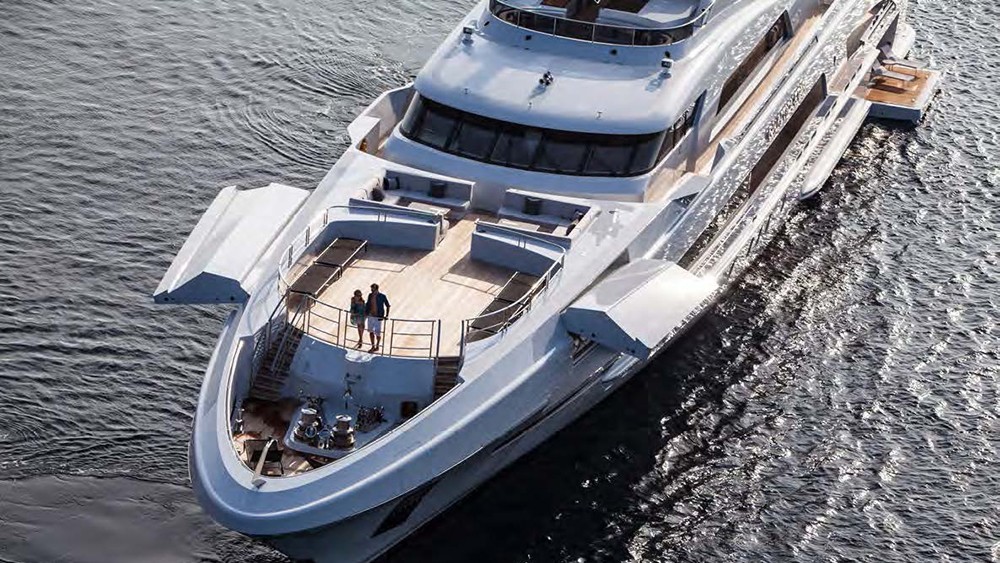 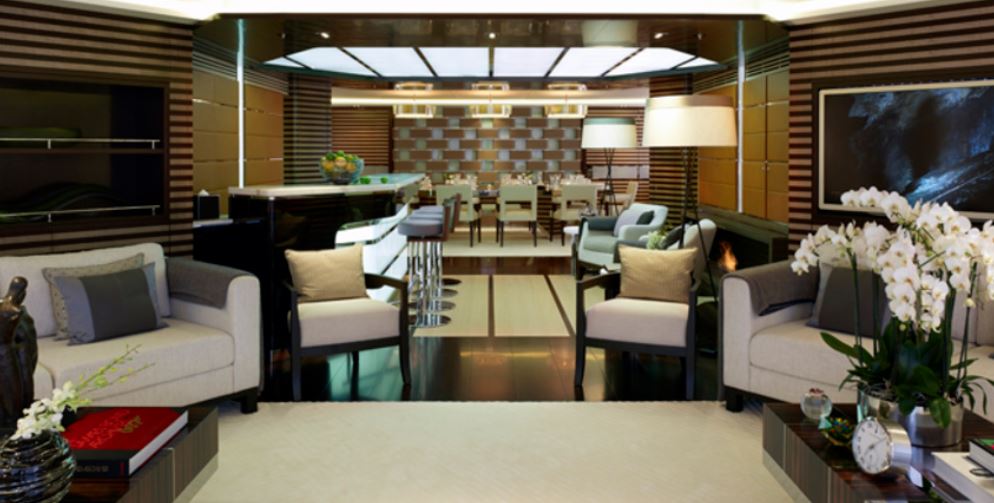 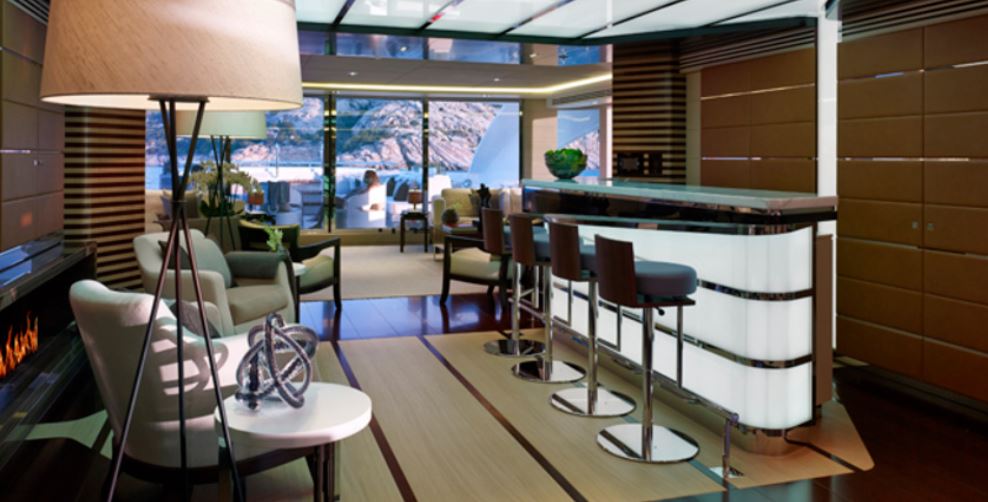