sailing yachtyacht
When you’re the 91st richest man in the world and the 8th richest in Russia, as Andrey Melnichenko is (as of April 2020), you can afford to have a superyacht that is the sum of a lot of firsts.

Sailing Yacht A is all that and probably a bunch more, but we don't know it all yet, because it's private property and Melnichenko isn't exactly a media-friendly type of oligarch. Commissioned in 2015 and delivered to the owner in 2017, ahead of extensive sea trials, Sailing Yacht A remains today one of the most beautiful, elegant and sophisticated yachts of the type in the world.

At 143 meters (469 feet) and a gross tonnage of 12,600, A is also the largest sailing yachts in the world, three years after delivery. A stands out for a groundbreaking and visually-arresting design and a focus on being environmentally-friendly.

As noted above, it's probably just as stunning on the inside as it's on the outside, but that we'll probably never know. Melnichenko is unlikely to invite photographers on board or, for that matter, offer too many details about A to the media.

This explains why not much is known about the A, except for some general details regarding performance and exterior design. This, despite the fact that it's one of the most stalked (but rarely photographed out in the wild) superyachts in the world.

With a naval design by Dykstra Naval Architects, and exterior and interior design by Philippe Starck, Sailing Yacht A was built on commission by the Nobiskrug shipyard in Germany. It looked like a vessel from the future back in 2017, and it still looks like one today, in 2020: that's mostly due to the unique shape, made possible through the use of composite fashion plates that don't sacrifice strength or fluidity in the name of aesthetics.

"Steel hull and steel superstructure with high-tech composite fashion plates that can be formed into any shape or size, a technology Nobiskrug has developed during the past 15 years in co-operation with classification societies and special subcontractors," the German shipyard says of the proprietary technology in a brief description of A on the official website.

To guarantee maximum privacy and further emphasize this sleek outline, Sailing Yacht A comes with silver-metallic surfaces that reflect the outside and windows that look nearly invisible from afar. The metallic surfaces cover most outdoor areas, so that, from a distance, it looks like the entire yacht is more like a closed capsule than a regular yacht. This was designer Starck's way of challenging "conventional aesthetics" and delivering a truly one-of-a-kind experience to guests.

The most interesting feature on the A superyacht are the three, slightly bent carbon fiber masts: they are the tallest freestanding masts in the world, each measuring about 100 meters (328 feet) above water. Each mast hosts sails bigger than a football field.

Nobiskrug calls Sailing Yacht A "one of the world's largest and most advanced superyachts," featuring hybrid propulsion system and state-of-the-art navigation systems. Two MTU 20V 4000 M73L 2,050 rpm 3,600 kW lineshaft engines and four 14,050–24,050 rpm 2,800 kW hotel generators that power two additional Vacon 4,300 kW lineshaft motors take Sailing Yacht A to a top speed of 21 knots. Range is not known, as neither are any other performance-related details.

As beautiful and boundary-breaking as Sailing Yacht A is, its interiors remain a secret. Nobiskrug does say that it features a unique observation pod in the keel, where guests can take in the underwater views through 30 cm (12-inch)-thick glass. Spy shots confirm that A comes with a touch-and-go helipad and beach club at the rear, and what must be ample living spaces spread across the 8 decks.

Accommodation capacity is also another well-guarded secret, but reports in the industry claim A can house a crew of 54. With such an impressive crew and given the massive size of the superyacht, it's safe to assume that A was built with large parties in mind and extended periods away from the proverbial maddening crowd. 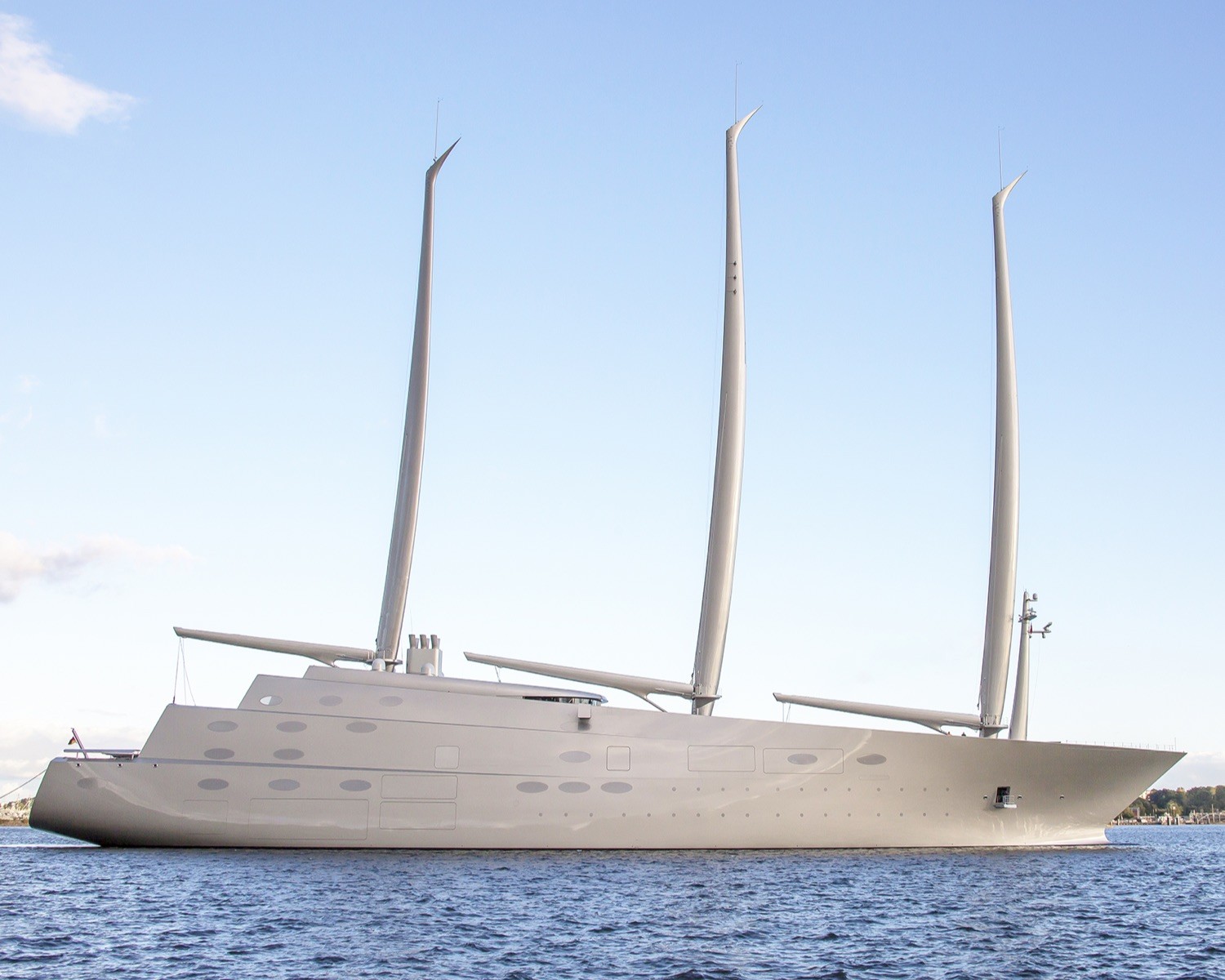 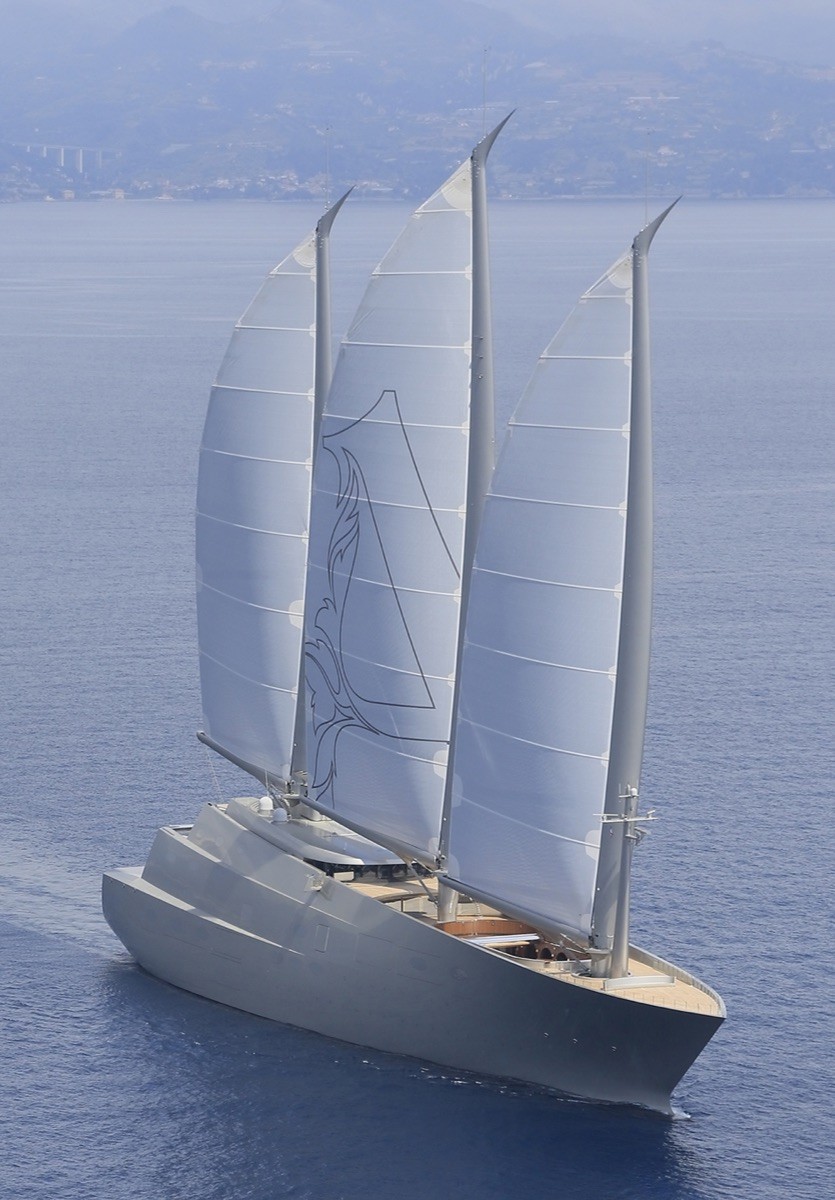 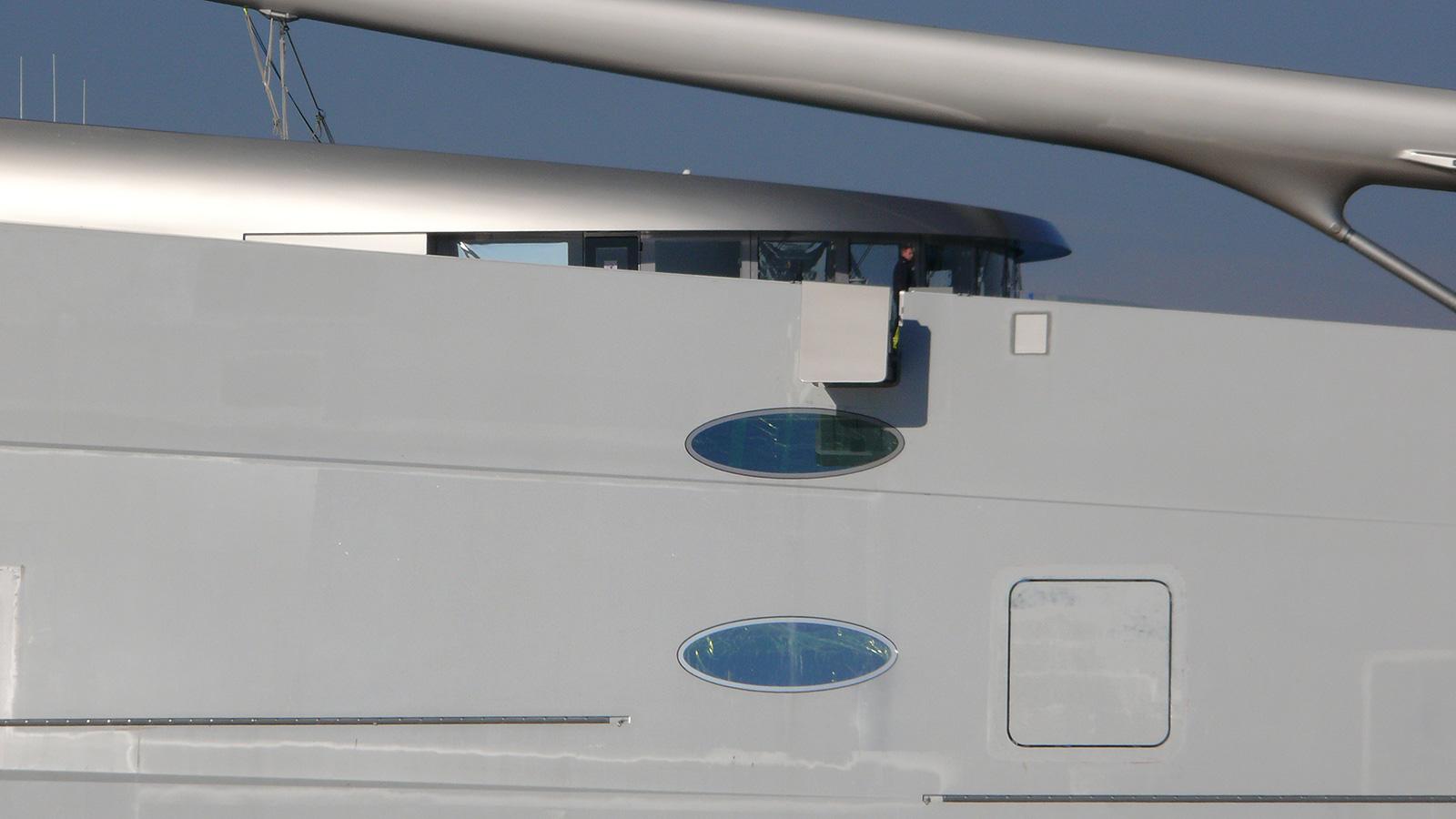