This Shorty C5 Chevy Corvette Begs The Question: Why?

So, here's the thing about the C5 Chevrolet Corvette. It followed the C4, which some folks consider to be the worst Corvette generation of them all. To refresh your memory, the C4 endured from 1984 through 1996, offering just 205 horsepower with the ride quality of a jackhammer at its lowest point. As such, the C5 was virtually guaranteed to be an improvement when it arrived for 1997. With 345 horsepower in stock trim and considerable enhancements to comfort and handling, it exceeded expectations in the performance department. However, the C5's styling – especially its massive backside – didn't generate quite the same excitement.

As such, we present this curious creation that recently popped up on Reddit courtesy of a user named thememelord_23. The bulbous C5 butt is well and truly gone, replaced by what resembles the sloped rear of the same-era Plymouth Prowler. The C5 taillights are sort-of there, with just one oval lens per side. As for the rear bumper, it's now a set of quad exhaust tips pointing left and right like potato guns ready to fire. Suffice to say, the rear crumple zone doesn't appear too effective. In fact, it doesn't appear at all.

The same can be said for the Corvette's shortened front clip, which carries its own series of modifications. Is that a hacked-up front fascia from a late-1990s Camaro we see on there? Nobody really knows, but we do know the pop-up headlights are apparently replaced with fixed quad lamps set in, well, nothing. A flat center bar represents a bumper, with the Corvette's radiator presumably serving as the front crumple zone. And we can only imagine the aerodynamic awesomeness resulting from air getting funneled around all those sharp edges. But hey, it's certainly shorter.

The Reddit thread offers no context for the build, so take the photos for what they are. It's certainly interesting, and it clearly involved a significant amount of work and custom fabrication. We have respect for that, and we suspect this shortened car would be a riot on an autocross track. But then again, the C5 never really had a problem with corners. 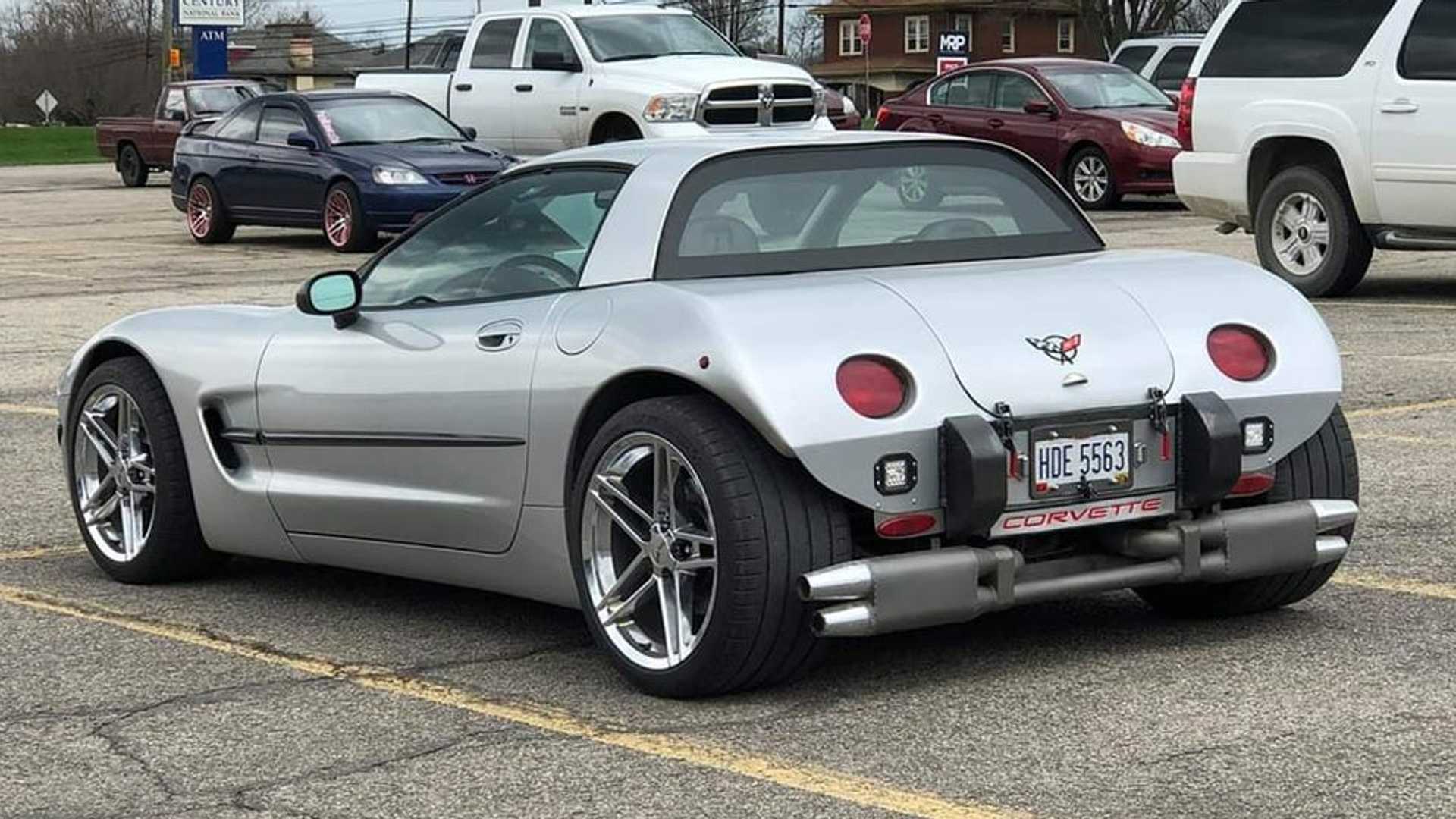