Deep down inside each and every one of us, there is a love for the Suzuki Jimny. Some of us never want to admit it, but it's essentially the cutest and boxiest SUV on wheels. Maybe because it has underlying off-road prowess, or maybe it's the funky colors, but there's something undeniably charming about it. While the Suzuki Jimny is a capable pocket off-roader, it isn't exactly a workhorse capable of carrying large items or equipment. New Zealand knows this, and it just so happens that Suzuki can do a very cool truck conversion to a Jimny off the showroom floor. It's official, with a warranty and everything, and was spotted by Driven.co.nz.

It may not go against other single cab rivals, but the Jimny truck conversion looks unique, retaining most of the small footprint. The rear essentially gets sliced off, gets a bit of tidying up, and a small deck goes on the back with collapsable sidings. It's pretty much a seamless execution, with the interior even getting a carpeted area behind the front seats. In order to adopt the more utilitarian vibe, there is only a single variant of the Jimny truck. It's based on the Jimny JX in New Zealand, and drops things like LED headlights and alloys for halogens and black steelies. You're also going to have to row your own gears with a 5-speed manual, but you do get a decent radio with Bluetooth. You lose out on the touchscreen and climate control, plus the leather steering wheel is dropped for a urethane one, but you do still get the buttons on the wheel.

Under the hood is the same 1.5-liter four-cylinder with 100 horsepower and 102 pound-feet of torque. The mini-truck Jimny comes in a little over $23,000, and that's with the $7,300 to actually do the conversion; not exactly cheap. There are definitely other pickups and trucks you can get out in New Zealand that are more capable for less, but they obviously won't be as quirky. 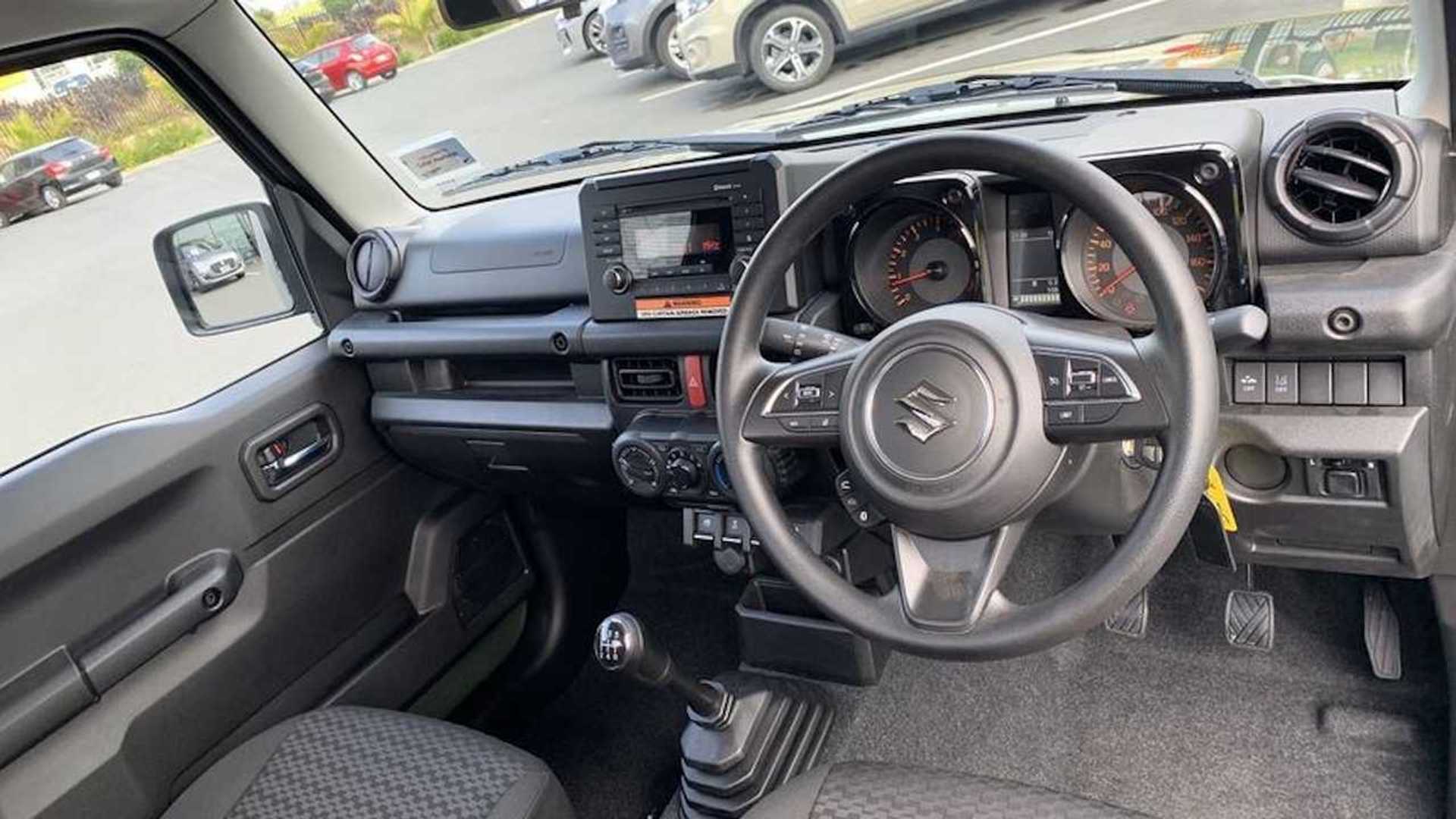