For their home turf show, Japanese automakers often bring out the best and quirkiest. To cite just a few examples, how about the three different Nissan Pivo concepts, the Honda EV-N and the Nissan Land Glider.

Suzuki continues the trend this year with a full slate of world premieres of unusual designs wrapped around some eco-friendly powertrains.

The theme seems to be that small is good, and the "big" star is the Regina (above), Suzuki's "vision of a next-generation global compact car" that gets 3,13 L/100km on the JC08 test cycle. The usual efficiency suspects – lightweighting and improved aerodynamics – help out here. The Regina weighs just 730 kg and emits just 70 grams of CO2 per kilometer.

Then we have the Q-concept, because apparently having one funky Japanese car defined by a single letter (the Mitsubishi i) isn't enough. 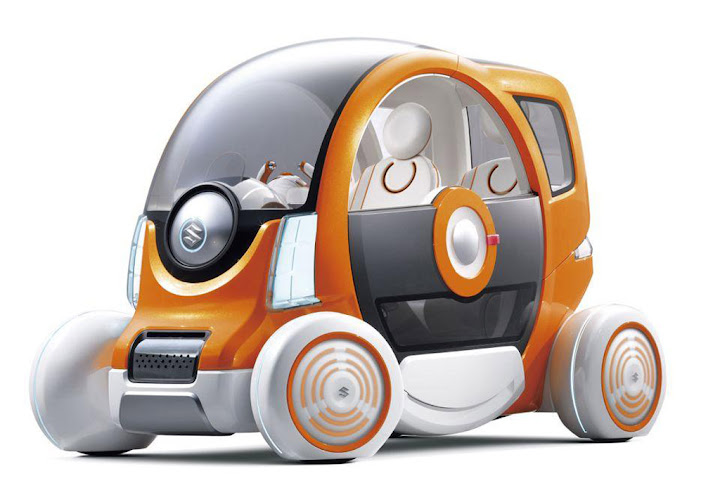 The Q is the bright orange My First Discman thing you see above, and it's a small city vehicle that's only 2.5 meters long and seats two in tandem style. The interior arrangement can be adapted to fit more kids – or delivery goods – in the back. Suzuki doesn't specify, but we assume it's powered by electricity since there is no tailpipe and the automaker says the car (?) is "ideal for everyday journeys within a radius of about 10km."

The most normal-looking vehicle that Suzuki will display at Tokyo Big Sight is the Swift EV Hybrid. 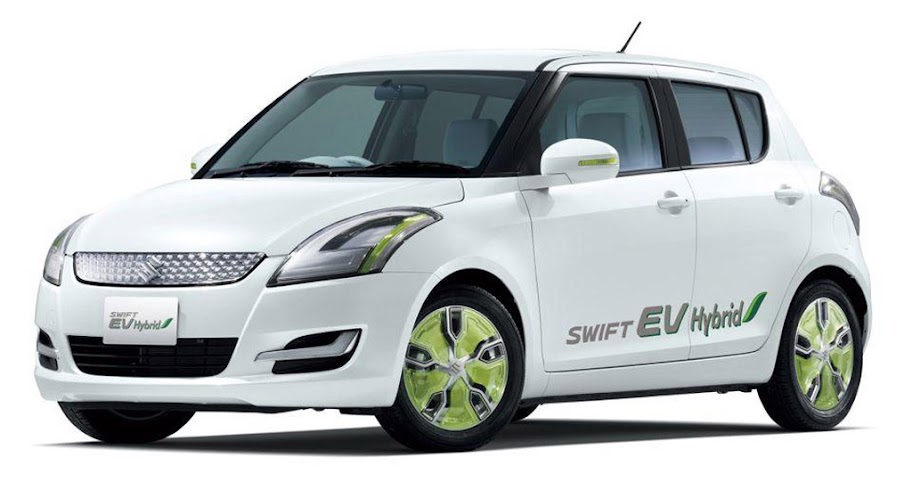 A plug-in electric with an "engine-driven generator," the Swift EV Hybrid (also called the Swift Range Extender) can easily go between 20 and 30 kilometers, at least, on battery power and then go further using liquid fuel. Exact details on the battery size and all-electric range will have to wait until the show starts in Japan at the end of the month. In 2009, Suzuki showed off the Swift Plug-In Hybrid.

Suzuki will also display a new Swift Sport and a flotilla of two-wheelers, including some powered by fuel cells and batteries.