The Suzuki Jimny is a fascinating runabout. It has an adorably fierce quality about itself, like a puppy with too much confidence. However, the back-to-basics off-roader wouldn't be an icon in many hard-to-reach places of the world if it didn't have the bite to back up its bark. It's spawned several variations, like the Maruti Suzuki Gypsy. However, the Gypsy is an old dog due for a significant redesign, so Mightyseed created one.

The automotive design company created several renderings of what it thought would make for a compelling modern Gypsy. At first glance, the bite-sized pickup looks like a shortened Jimny with a truck bed, but it features an entirely unique design. The clamshell-style hood and arched fenders perfectly frame the upright rectangular grille, giving it a playful stance.

The Gypsy's profile is striking. The black A-pillars and thick B-pillars create an awning-like appearance over the cab. Along the side is a bold design line straight down the side over a subtle, angular crease and cladding along the lower door, which leads to a tapered rear end. The vertical handle indicates a side-opening tailgate, which also holds the spare tire – just like the Jimny. LEDs appear to make up the headlights, taillights, and roof-mounted lights, too. Sadly, there are no interior renderings, though we'd love to see a modern take on a stripped-down cabin.

Last year, Maruti Suzuki phased out the Gypsy as it began to lag behind an increasing number of better-equipped competitors while offering lackluster emissions. However, since then, the company has resumed production, though regular people can't buy one. The new models are already allocated to the Indian Army, which has a large number of Gypsy models in its fleet. There's a market for compact SUVs and trucks, and a modern interpretation of a wildly popular model could be a hit. 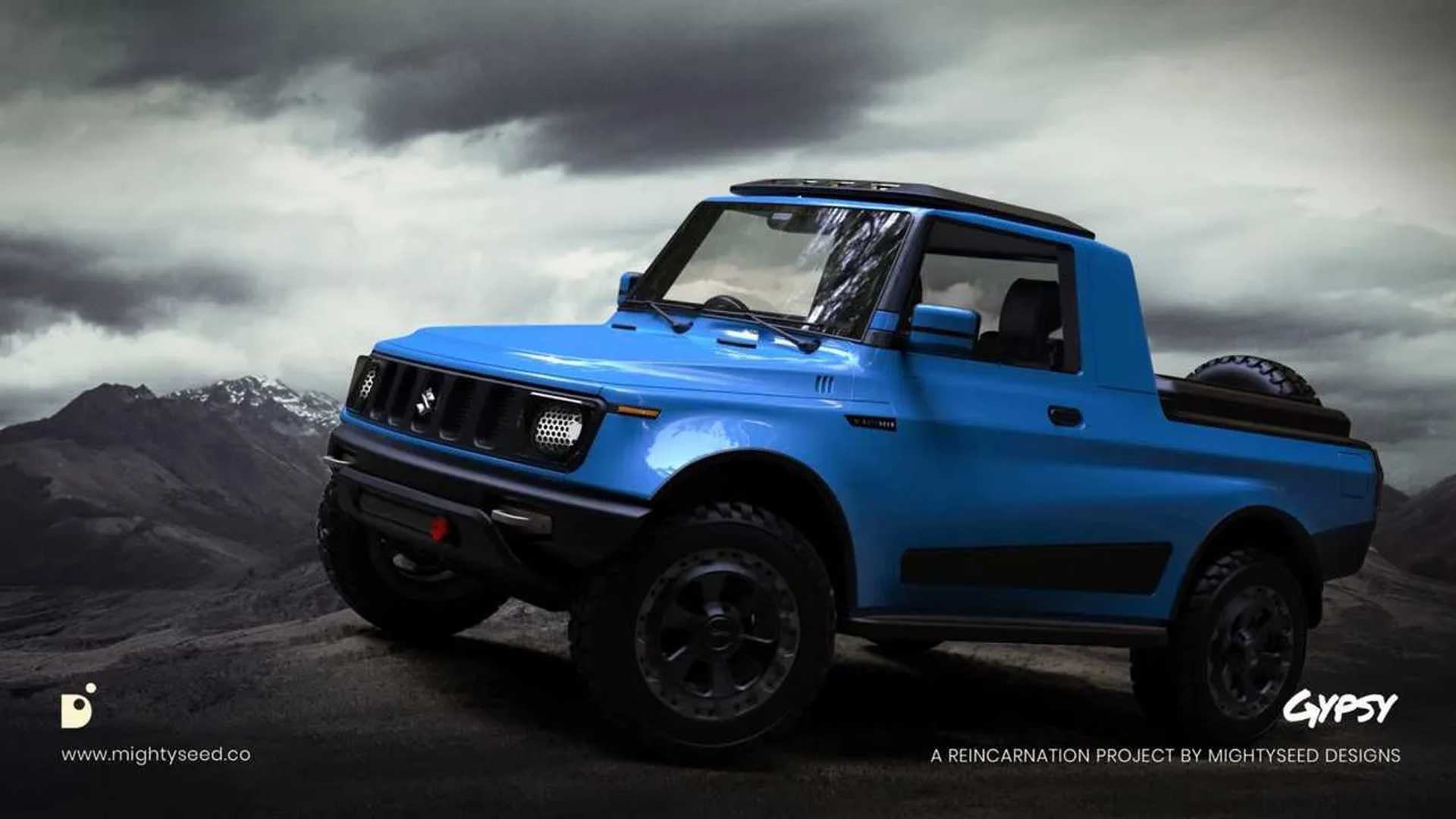