The build quality is actually uncanny.

Ever since the Suzuki Jimny made its global debut, car nuts and automotive journalists won't stop comparing the mini off-roader to the Mercedes-AMG G63. Some even literally compared the two in a tug-of-war challenge where the Japanese lunchbox won over the German luxury SUV.

Of course, tuners were quick to jump in and take advantage of the uncanny similarities between the two, giving birth to several modified versions of the Jimny that look almost exactly like the G-Wagen.

However, if you think you've seen it all, a tuner from China has made a conversion kit that could fool the eyes of the uninitiated.

The unnamed tuner, which we discovered through GTBOARD.com on Facebook, found ways to incorporate the G-Wagen's styling on to the mini off-roader. Up front, the Panamericana grille is prominent, as well as the halo LEDs, bull bar, and the distinctive turn signals at the sides of the chiseled hood – prominent designs of the military-derived Merc. If not for the huge 'S' emblem, this could certainly pass as a small version of the G-Wagen.

In profile, the converted Jimny gets similar alloys to complement the new step board. Even better, the signature twin exhaust pipes that pop out on the sides are also copied by the impersonator.

At the rear, the conversion is less aggressive but you could pretty much see the changes from being rugged-boxy to rugged-classy. If you look closely, you could actually see the apparent build quality of the converted Suzuki Jimny.

There have been many excellent tuned versions of the Jimny, like the extremely popular Black Bison Edition of Wald International, but this one from China could probably go head to head with those on top. 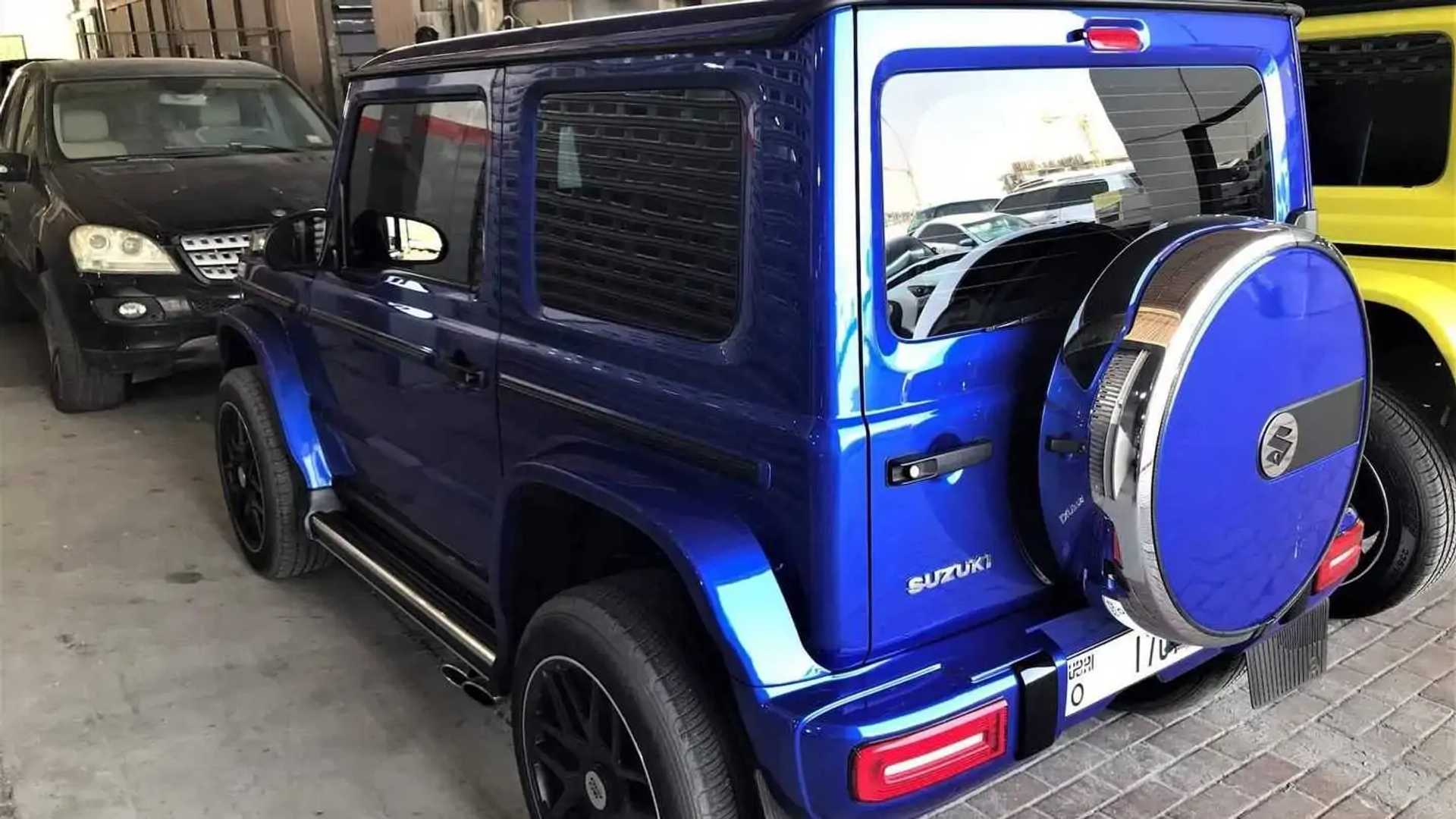 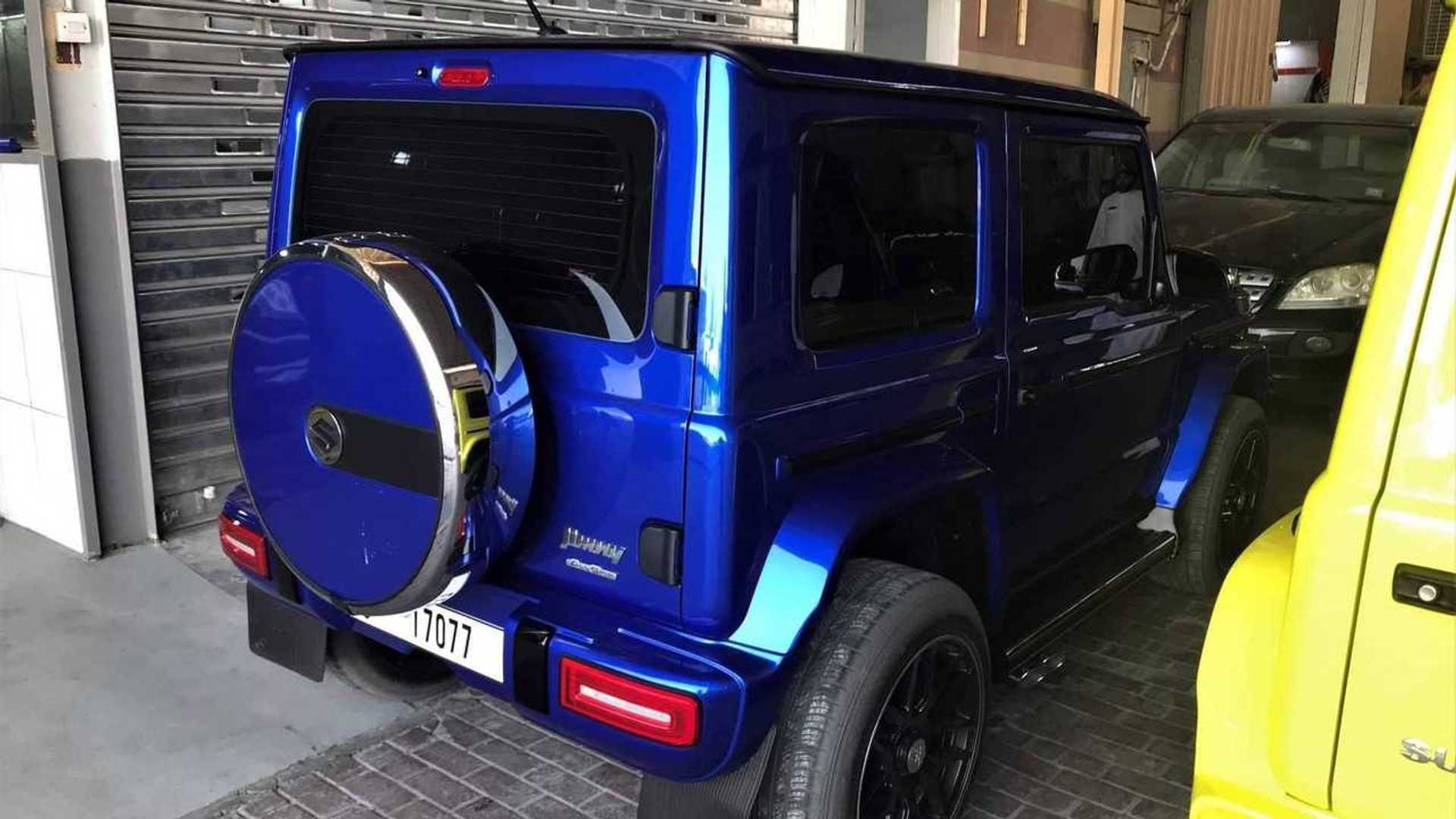 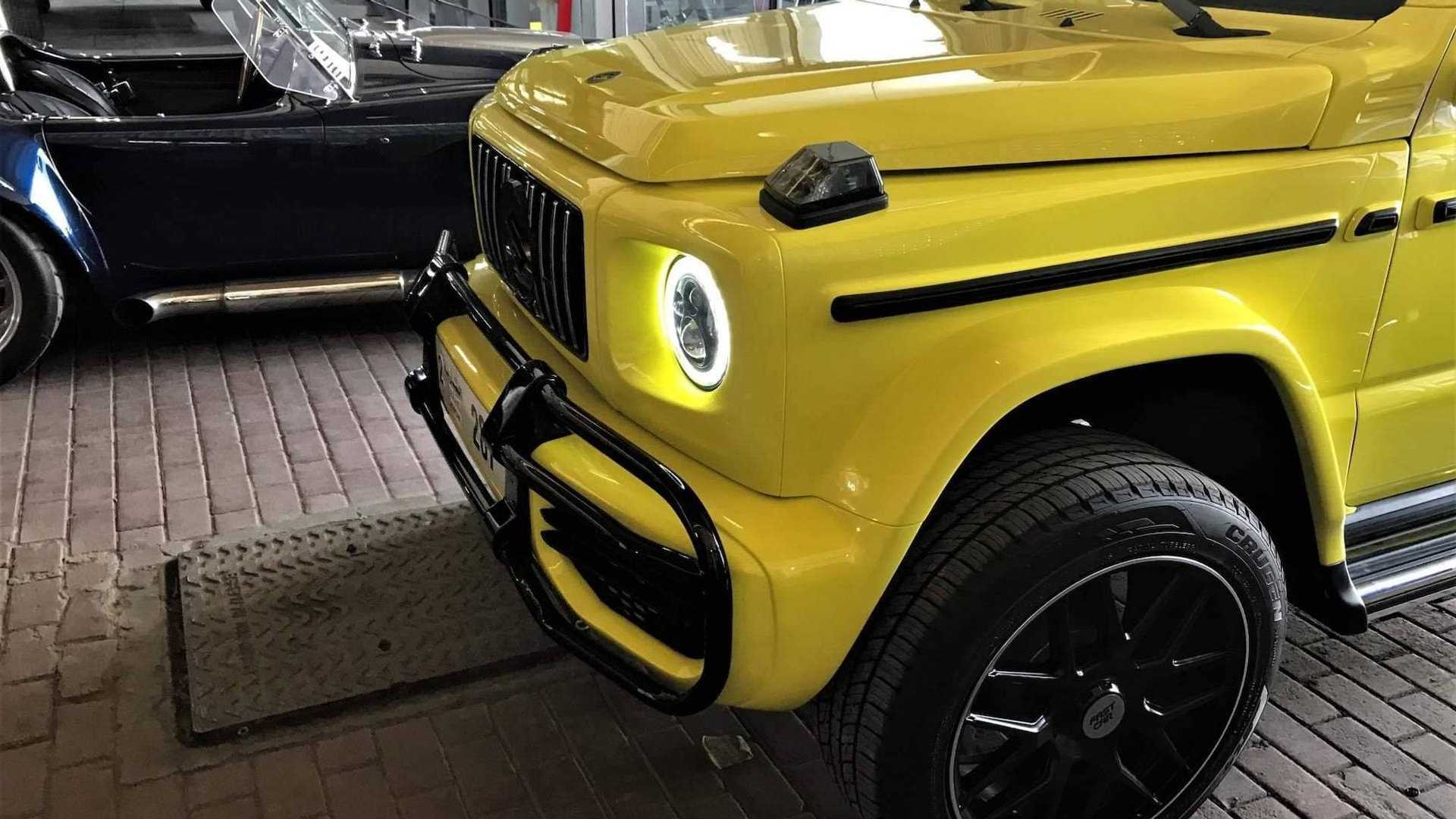 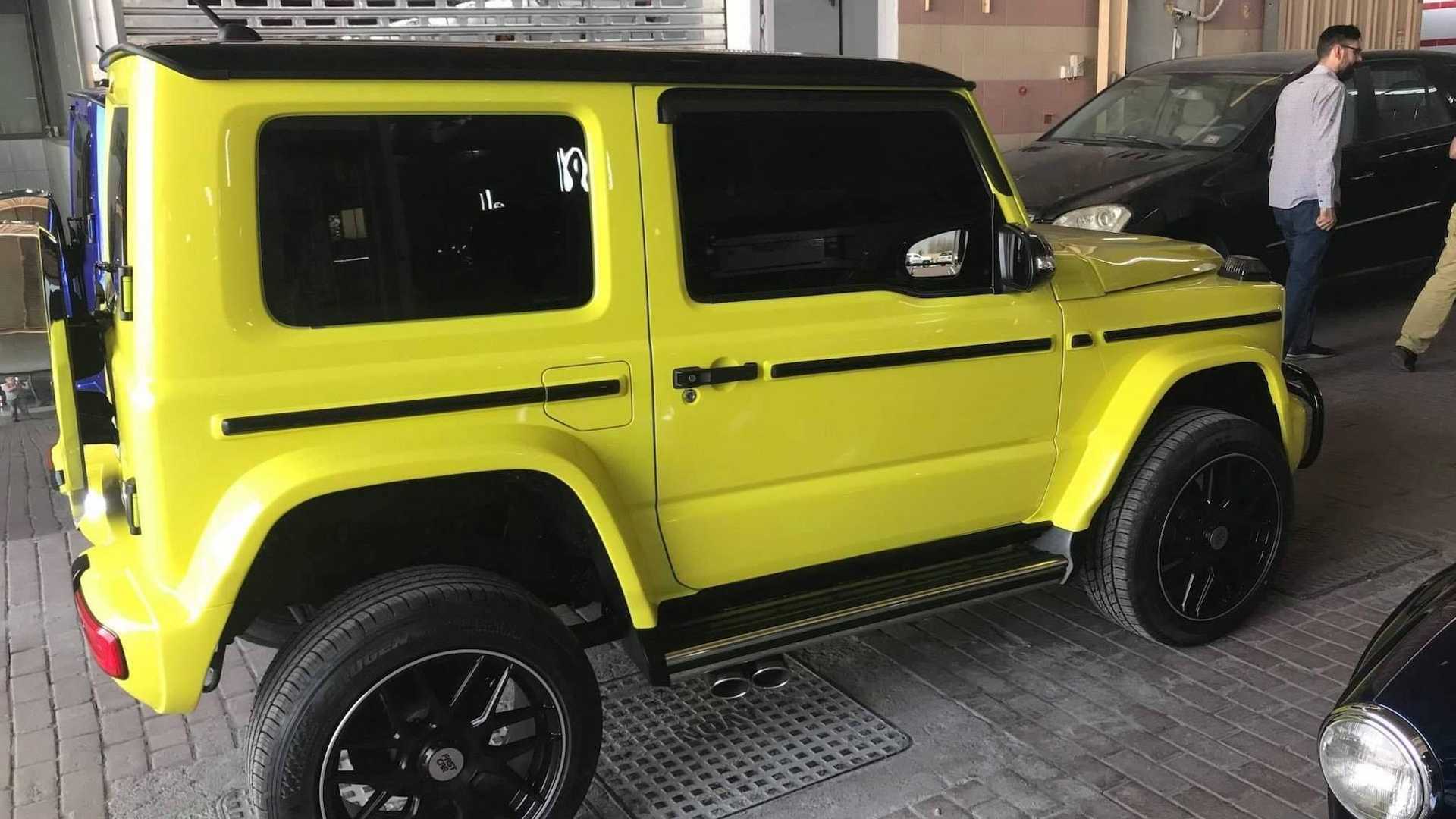