suzukiSuzuki Jimny
Save for the Katana Corsica Long that was sold in Indonesia, Suzuki refrained from giving the Jimny more than two doors and a side-hinged tailgate.

The Japanese automaker doesn't intend to bring back the pickup truck body style anytime soon either, but still, one can only dream.

After countless renderings of the Jimny with a bed in the back and life-sized conversions from Suzuki of New Zealand, the little mountain goat has received the four-door treatment from Brazil-based designer Kleber Silva. As you can tell, the longer wheelbase messes up the Jimny's proportions.

The only way Suzuki can pull off this trick is with wider tracks at the front and rear, trying to get as close as possible to the length-to-width ratio of the Jeep Wrangler Unlimited. But there's another problem with the Jimny 4D in the guise of suck-squeeze-bang-blow as in the puny amount of torque.

The global model – known as the Jimny Sierra in Japan – levels up from a 658-cc turbo three-cylinder to a 1.5-liter naturally aspirated four-cylinder engine that's connected to either a five-speed manual or a four-speed automatic. With 102 PS (101 horsepower) and 130 Nm of torque (96 pound-feet) at the crank, not even the two-door body style can be considered sporty.

Unless the Japanese automaker and motorcycle company works its magic with forced induction or some kind of electrical assistance from a mild-hybrid system, the Jimny 4D would be on the heavy side for the K15B engine.

The Jimny has bigger problems, though. Over in the Old Continent, "very limited numbers" are available in 2020 because of the maximum fleet average of 95 grams of carbon-dioxide emissions per kilometer. The target is going into effect in 2021, and if you were wondering, the four-cylinder motor is rated at 154 grams or 59 more than the maximum fleet average.

Every gram over the limit – per vehicle – is fined 95 euros. In other words, every Jimny sold in Europe in 2021 would be penalized 5,605 euros. The automaker didn't mention a thing about the future of the small SUV in this part of the world, but with a bit of luck, chances are the Jimny will return under the N1 category as a commercial vehicle. 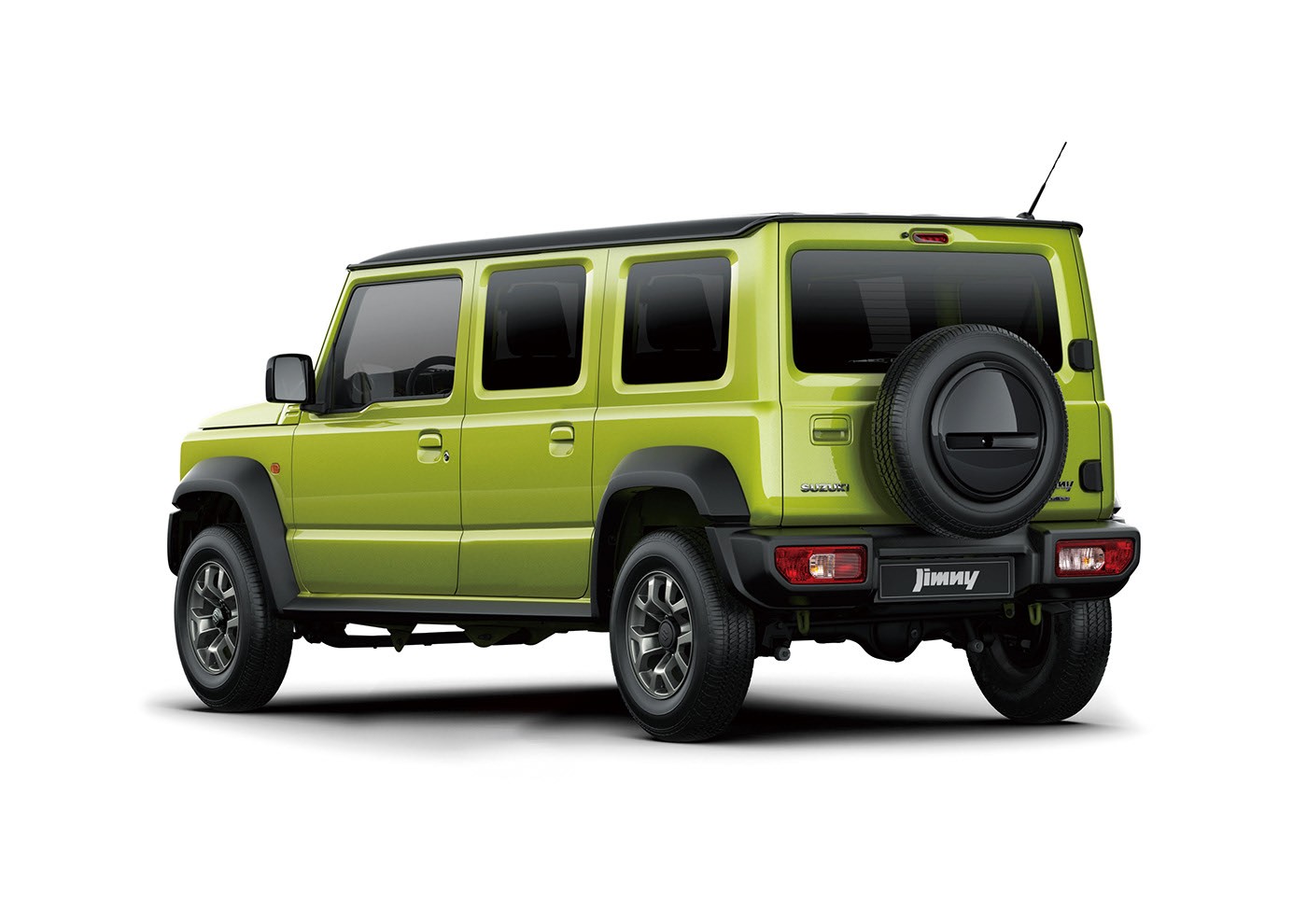