Tesla Cybertruck debuts, and we can't believe our eyes

The Tesla pickup truck is here. Elon Musk presented the Tesla Cybertruck tonight in Los Angeles, putting one giant bow on this year's L.A. Auto Show that's already seen the reveal of the electric Ford Mustang Mach-E. Tesla played it completely straight with its reveal, but we're still struggling to believe that the whole thing wasn't one big joke. If it isn't, well, here are all the details.

We don't have everything (in fact, there's a lot missing), but Musk has still given us some big chunks to chew on. From a size perspective, the Cybertruck is similar to other full-size pickups at 231.7 inches in length. That's where the comparisons and similarities end. The exterior design is so different than anything else that it hardly even resembles a pickup. Just look at it. The "Cybertruck" name makes a bit more sense now. It hardly looks like a production vehicle at all, much more concept-like in style.

It uses 1-3 electric motors among three different powertrain options. The single-motor rear-wheel drive version will hit 60 mph in 6.5 seconds and has a range of 250 miles. This base truck will be able to tow 7,500 pounds and has a payload rating of 3,500 pounds. One step up from that is the dual-motor version. It has all-wheel drive (one motor in front and one in back), will hit 60 mph in 4.5 seconds and tow 10,000 pounds. Musk claims the top level tri-motor (read: "Plaid" powertrain) Cybertruck will be capable of going 500 miles on a full charge. It'll also accelerate to 60 mph in 2.9 seconds and complete the quarter mile in just over 10 seconds. Towing capacity for this version is 14,000 pounds. Just like your gas mileage suffers when towing heavy loads, electric range will suffer with a load in the back of the Cybertruck.

The price of this truck is perhaps the most important bit of information to be revealed tonight. Tesla says the Cybertruck will start at $39,900 and go up from there – and that's before incentives, claims Musk. Its higher range and more capable trims will be more expensive, ranging all the way up to $69,900 for the fastest long-range version. The mid-range Cybertruck will be $49,900. Musk says Autopilot will be available as an option as well.

Like most Tesla reveals, Musk has a bevy of neat features to show off. The Cybertruck isn't lacking in this department. It has an adaptive air suspension with adaptive ride height. Musk claims the maximum ride height will be about 16 inches. Musk stressed the body's toughness and ability to resist damage in the reveal, taking multiple instruments of destruction to the truck. The stainless steel body is apparently bulletproof up to 9 mm rounds, according to Musk. Charging will be maxing out around 250 kW on Tesla's Supercharger network.

The bed is 6.5 feet in length, but we're still not totally clear on its operation. There's a cover in place, but it does open up like a normal pickup bed. The Cybertruck's interior looks like a complete concept car right now, but it's also very similar to the Model 3. There's one large 17-inch tablet in the center and not much else. The steering wheel is more of a joystick than a full wheel at this point, too.

Timing is always a question when it comes to Tesla products, as the last big car that was revealed (Model Y) still isn't shipping to customers. Tesla claims the rear-drive version of the Cybertruck will arrive sometime in late 2021, while the faster versions will see their release in 2022. That's still a long ways off, so expect these predictions to remain fluid. Those who are interested in buying one are totally allowed to reserve it on Tesla's website, per usual post Tesla reveal.

Besides the Rivian R1T (scheduled to arrive in fall 2020) competition is lacking in the electric pickup marketplace today. Both Ford and GM have committed to producing electric versions of their trucks, but we still haven't seen those trucks be revealed. Sound off in the comments. We're sure you all have plenty to say. 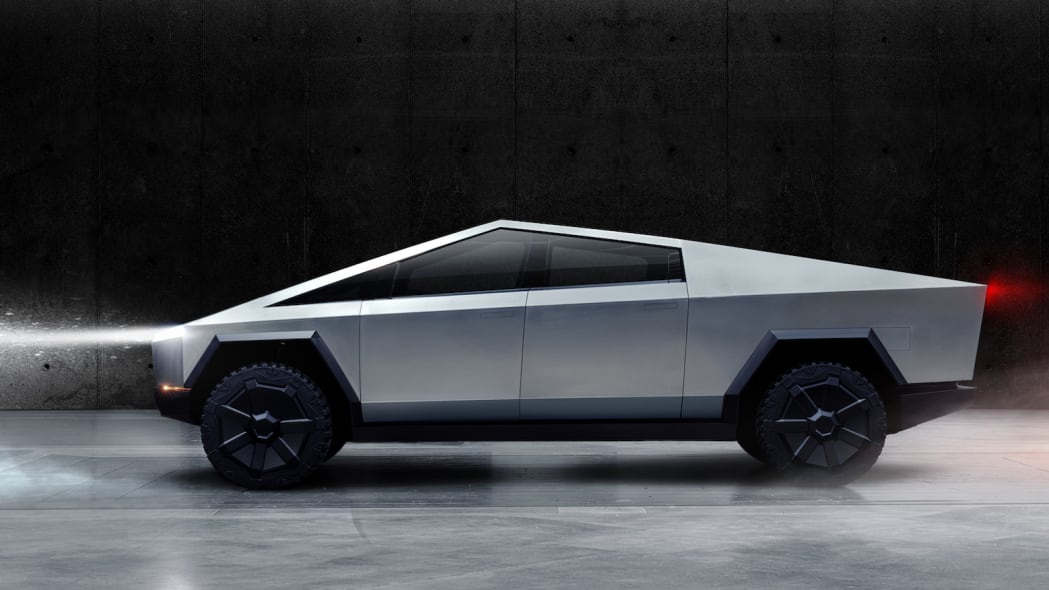 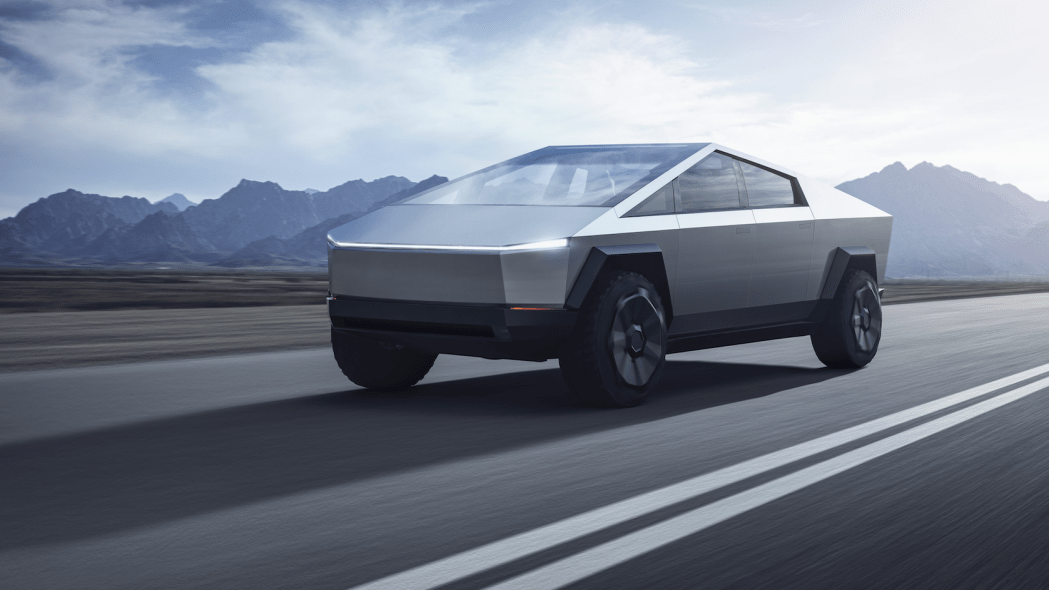 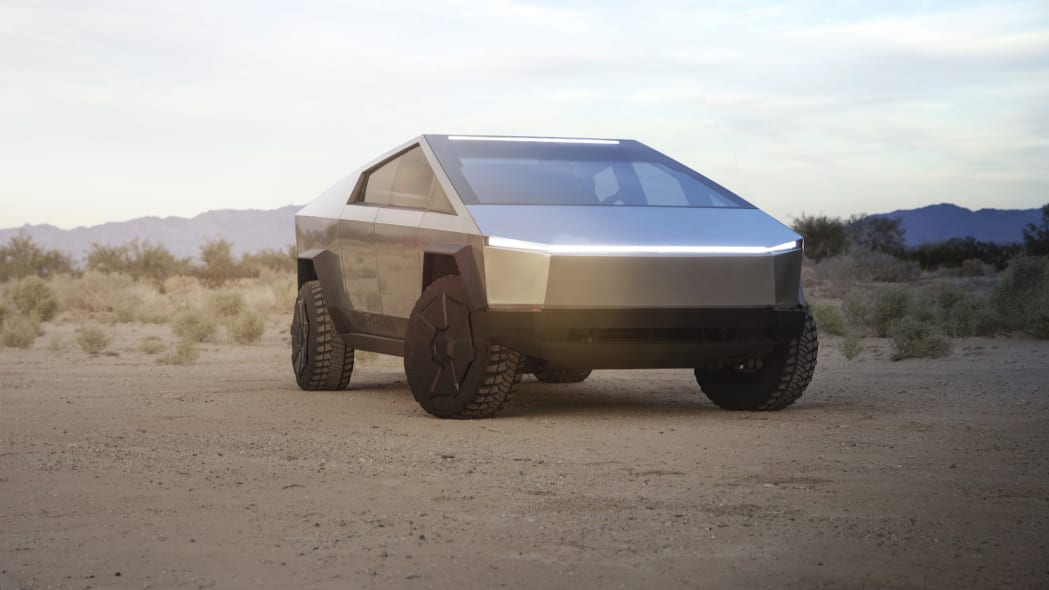 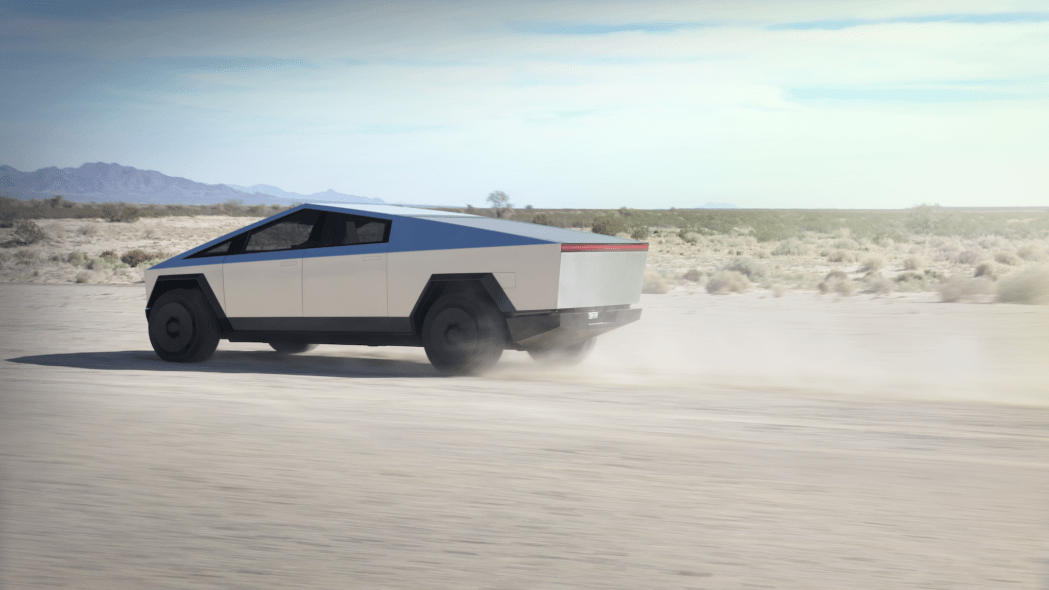 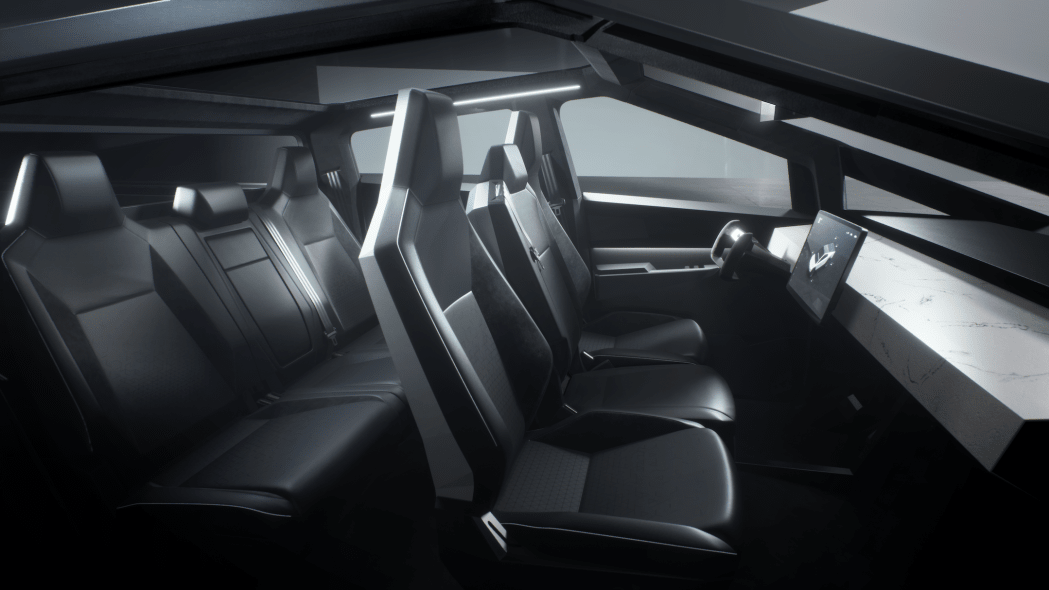