These are arguably the best of the concepts from the 2013 Detroit Auto Show. And they’re all going to make it to production.

Concepts often appear at car shows, never to be seen again. Unless the public embraces them en masse, design studies penned by automakers given the freedom to implement cutting edge technology in avant-garde designs remain one-off creations that at best provide inspiration for future models. The concepts at the 2013 Detroit Motor Show that made it to our top 5 list will, however, all make it to production. How true they remain to the concepts' designs remains to be seen.

Ford’s Atlas Concept previews the next-generation F-150. No serious style changes were made, instead Ford is focusing on fuel efficiency aiming for its next full-size pickup to be an industry leader. Power comes from a next-gen direct-injection and turbocharged EcoBoost engine which also introduces truck-enhanced Auto Start-Stop to deliver fuel economy gains of up to 20 percent and a reduction of C02 emissions of up to 15 percent. Self-charging batteries use energy from the wheels' motion to power the shutters. Overall, it's an intriguing package that combines high-tech goodies with a "Built Ford Tough" design. 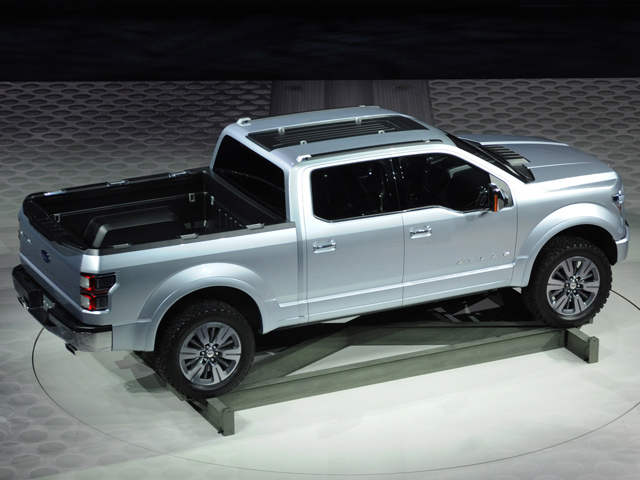 With the HCD-14 Genesis Concept, Hyundai revealed it plans to replace the current Genesis sedan with a sportier, more dynamically-styled four-door coupe. The design previews the new styling direction envisioned by Peter Schreyer, recently named Head of Design at Hyundai-Kia. The concept features suicide rear doors that open in tandem with the front ones to allow for pillarless, unencumbered ingress and egress to and from the organically-shaped cabin that boasts cutting-edge driver-assistance technologies that track the driver's eyes and gestures to enhance focus on the road. Propulsion is handled by the same 5.0-liter V8 from the Genesis and Equus, mated to an eight-speed automatic. 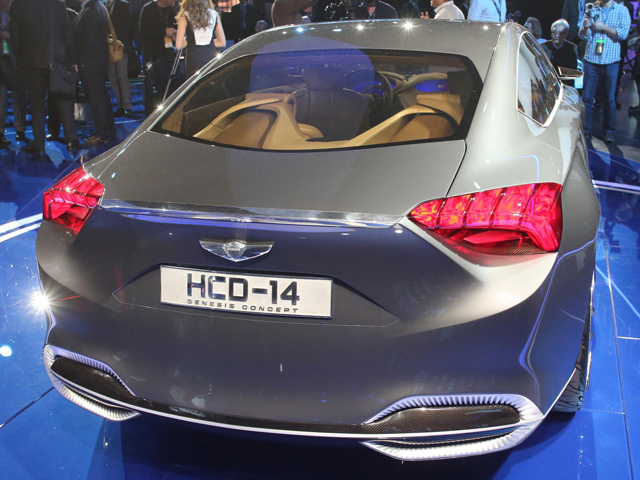 Lincoln's small luxury MKC crossover concept is based on the same platform as the Ford Escape/Kuga but with a striking new shape incorporating frameless windows, a panoramic glass roof and a highly sculpted liftgate design. A high-end bespoke cabin comes wrapped in leather, wood and chrome, completing a package that aims to take Ford's luxury brand into Audi and BMW territory to prove that America has what it takes to rival Europe's finest. 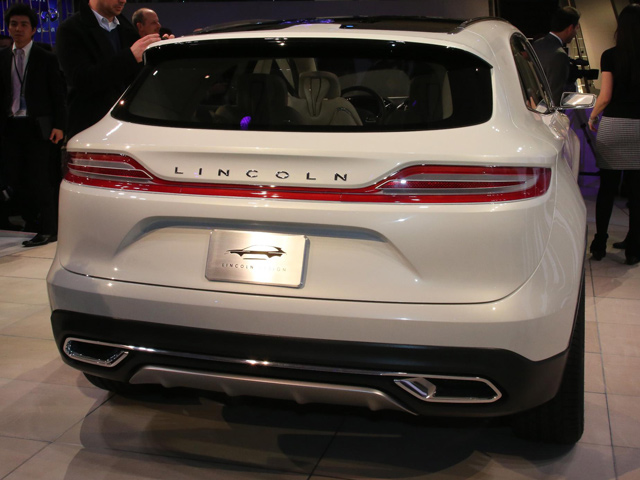 The new Furia Concept previews the next-generation Corolla and reveals a striking departure from Toyota's best-selling econobox. With its "Iconic Dynamism" theme, it features narrow headlights, LED taillights, a dynamic grille design, short overhangs and 19-inch wheels. Compared to the current Corolla, the Furia is roughly two inches longer and wider, but its wheelbase is nearly four inches longer, suggesting there will be increased interior space. The question is, however, how much (or little) of the Furia's styling will make production. We'll have to wait several more months in order to find out. 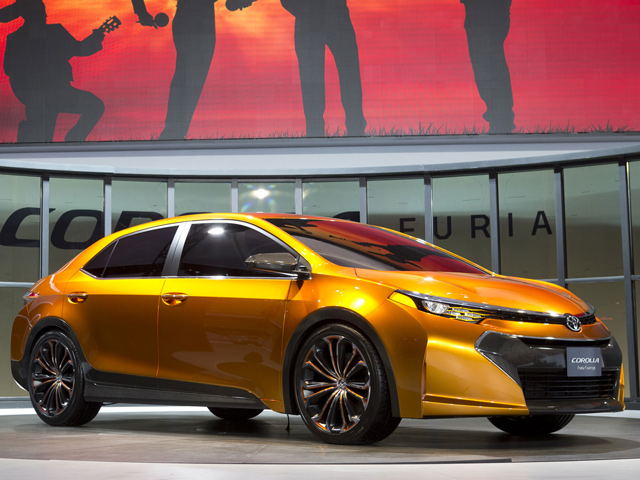 Seen as a direct competitor to the Nissan Juke, Honda's Urban SUV Concept previews a production model that will launch in the US in 2014. In terms of styling, a dramatic LED headlight design gives way to a dynamic shoulder line running from the front fender to the rear door, where, like the Juke, we find the door handles hidden in the C-pillar. The new Honda Accord can be seen in the face, and at 169.3 inches in length it's around eight inches longer than the Fit hatchback and nine inches shorter than the CR-V. Power will come from Honda's fuel-efficient Earth Dreams family of engines including a 1.5-liter inline-four with a CVT, and it will sport a modern interior. 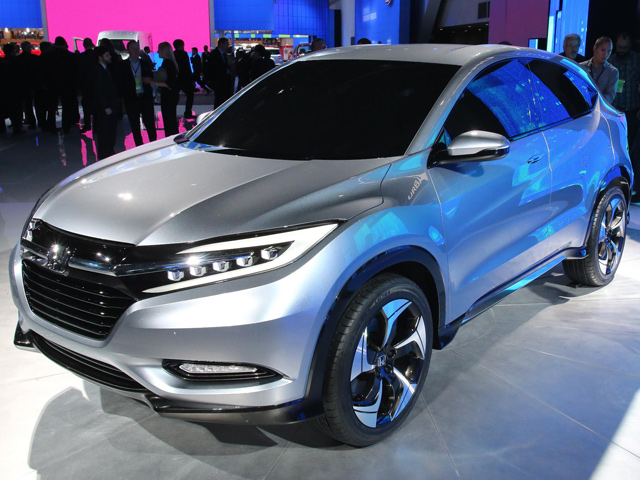 This year's honorable mention goes to the interior of Acura's upcoming NSX hybrid supercar. Having debuted at the 2012 show without one, the NSX returned to show what design direction the interior will take. It apparently follows a "Human Support Cockpit" theme and the "synergy between man and machine." Acura claims there's excellent visibility, an "exotic driving position" (their words), and a user interface screen that minimizes interior clutter. There's also maroon leather bucket seats and plenty of other high-tech gadgets. The NSX hybrid supercar will be powered by a mid-mounted, direct-injection V6 that'll be paired up with Acura's Super Handling All-Wheel Drive system. 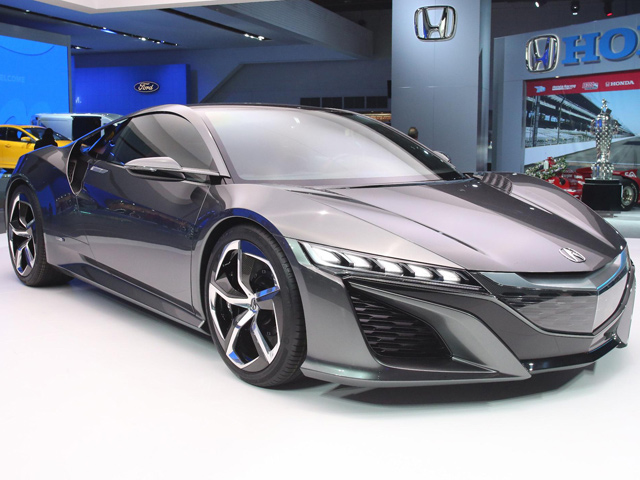