Yes, the plural of Lexus is Lexus.

They may not be everyone’s favorite carmaker, but there’s plenty of interest in aftermarket packages for Lexus models – from the IS to the LFA – across the globe. SEMA has certainly had its fair share of customized cars from the Japanese marque on display over the years, while over in the Land of the Rising Sun there are countless tuners you can call upon to create bespoke parts and add some more horsepower for whatever model of Toyota’s luxury brand you happen to drive. Here are five of the most interesting.

Lexus and tuning partner Five Axis unveiled an aftermarket package for the 2013 Lexus LS 460 F Sport model at SEMA 2012 in the form of an aggressive body kit. Five Axis has added new lines, large fender vents and a rear bumper with integrated slotted diffuser. Finished in custom matte titanium with touches of pewter grey on the grille, aero aids and exhaust tips, the LS has been lowered, its suspension stiffened with an AirRunner TC-5 suspension kit, and it rides on a set of the tuner's own 22-inch alloys. No engine mods were noted so assume the 4.6-liter V8 is still good for 386 horsepower and 367 pound-feet of torque. 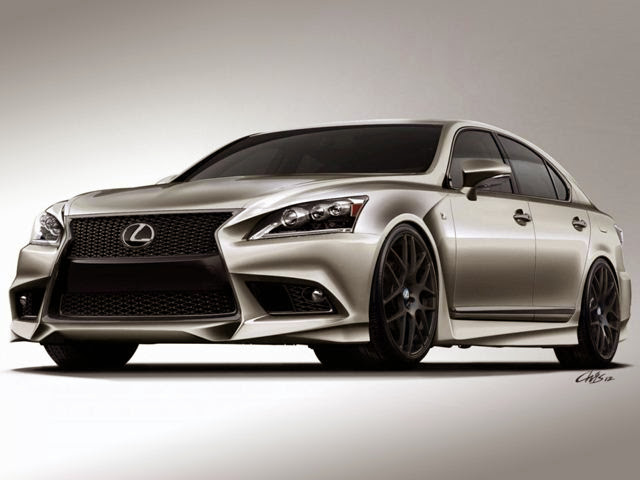 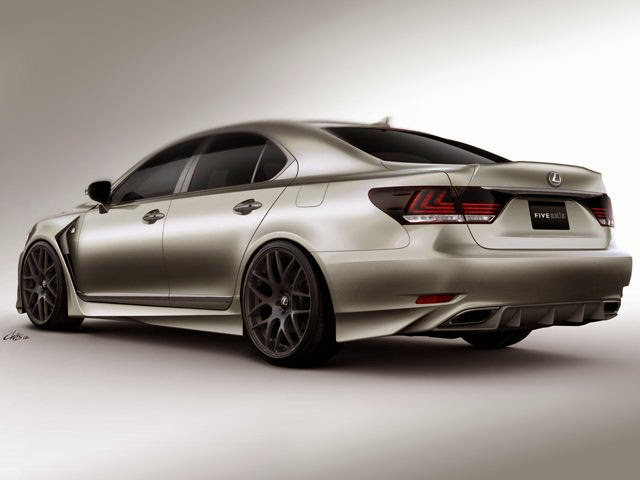 Lesser-known Japanese tuner Skipper created exterior modifications for the 2013 Lexus GS, subtly changing the appearance of the aggressive sedan to excellent effect. A new front lip spoiler is available in bare carbon fiber or to match the body color, and a carbon-fiber front bumper cover is also on offer. The aftermarket package is rounded off with side skirts, a carbon-fiber trunk decal, roof spoiler and exhaust covers, giving Lexus' mid-size luxury sedan the extra dose of attitude it needs to stand out from a sea of metallic beige. 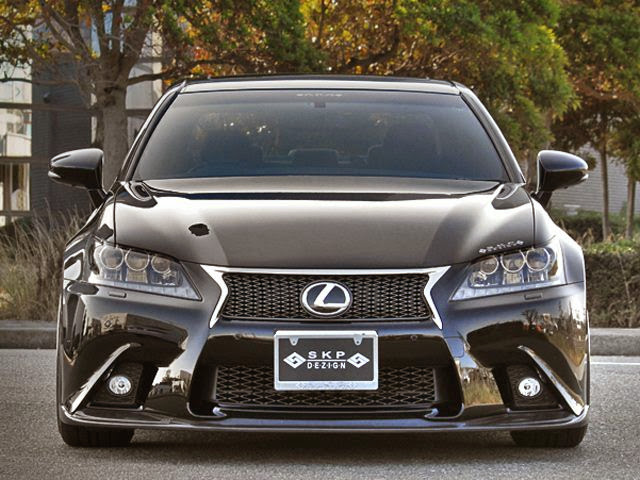 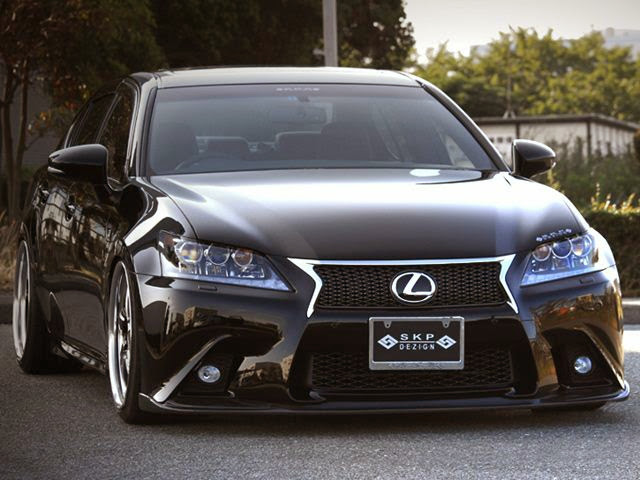 Custom-built for an exclusive client of Fox Marketing, the Black Mamba is based on the Lexus IS F and features a sinister Onyx Black exterior, contrasted by an Alpine White interior with black stitching, and smoked rear taillights. It also boasts full sheet-metal wide-body rear flares, plastic welded side skirts and rear bumper cover, and sits on a set of 20-inch iForged Performance Flux alloys with custom white bolts and wrapped in Toyo tires. An unspecified boost in performance is provided by a rear-mounted twin-turbo kit by Turbonetics, while completing the package is a set of 2012 Lexus headlights with DLRs and Factory Lexus big brakes. 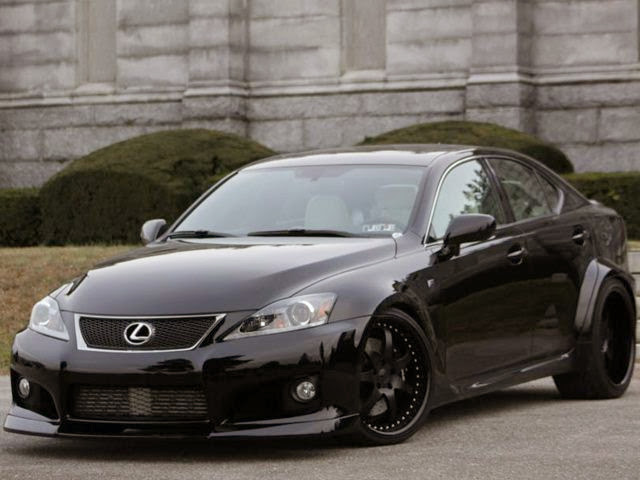 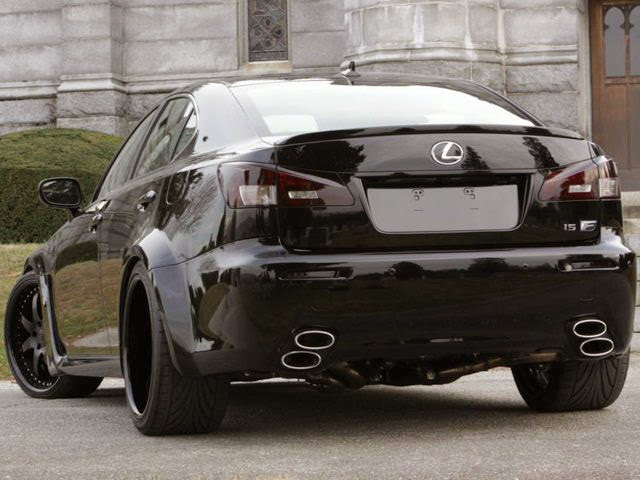 Dubbed the Executive Line, veteran Japanese tuning house Wald International’s aero package for the 2013 Lexus GS 350 F Sport includes the usual suspects, from the front spoiler, side skirts and rear apron with integrated diffuser to darkened headlamp and taillight bezels. Completing the aggressive look for the already-enhanced luxury sedan is a fresh set of alloys, and Wald also offers an assortment of other goodies available upon request, including a larger boot spoiler and a suspension kit. 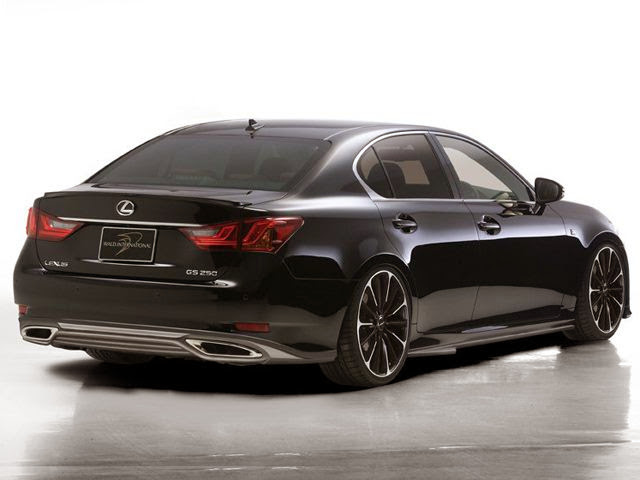 The previous-gen LS modified by Toyota Motorsport GmbH boasts matte champagne bodywork with TMG badging as well as the 5.0-liter V8 from the Lexus IS-F but with two turbochargers and an intercooler bolted on. The result is a massive 650 hp and 564 lb-ft of torque. The highly-modified super-sedan also has Brembo carbon-ceramic brakes, 20-inch wheels, a Torsen differential, a beefed-up eight-speed automatic transmission, a multi-link coilover suspension with Sachs dampers and an exhaust system with quad tips. The result of all those modifications is a projected 0-62 time of 3.9 seconds and a 199 mph top speed.

Honorary mention goes to PUR Wheels, who really stepped up its game when it released its aftermarket creation specifically for the Lexus LFA. Sensationally titled Project Reignfire, the LFA rides on a new set of PUR 4OUR Depth Wheels. The 21-inch rims are finished in black with a gray gloss Lumiere coating, contrasting brilliantly with the supercar's deep red exterior paint. The 4.8-liter V10 engine was left untouched, but with 552 horsepower on tap, what sort of enhancements would it really need, anyway? 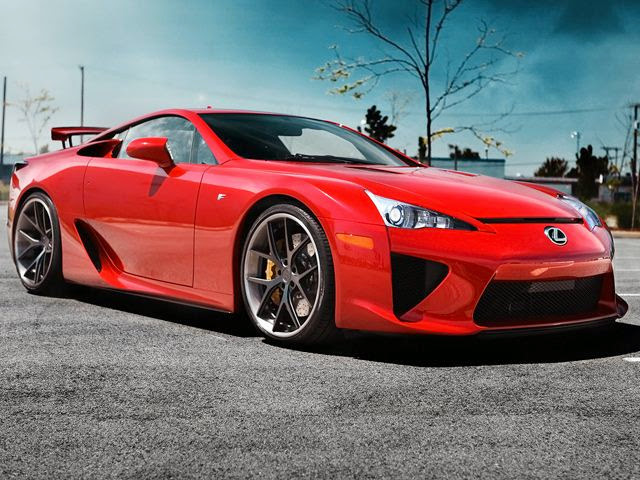 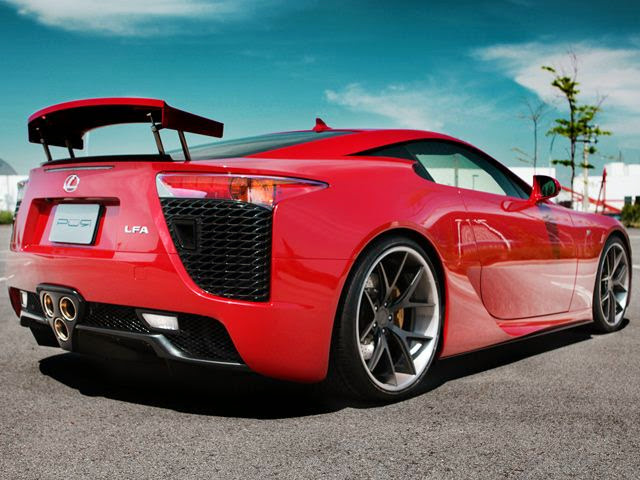 Lexus Claims To Have Built The World's First Tattooed Car19 March 2020
Lexus Rc F Glows With Your Heartbeat31 July 2015
These Are The Most Badass Creations From Sema 20167 November 2016
This Led-Covered Lexus Is Doubles As A Display7 December 2016
Custom Lexus Rx, Nx Has The Wildest Grille We’Ve Ever Seen24 June 2020