The return of the Toyota Supra had more than just enthusiasts excited. The two-door performance coupe has a rich aftermarket heritage, even before the late Paul Walker piloted an orange, 2JZ-powered car in The Fast and The Furious. And at the 2019 SEMA Show, Toyota is embracing that heritage with the aptly named Supra Heritage Edition.

Packing "over 500 horsepower," the Supra Heritage Edition is no 10-second car, but it is a damn cool take on the BMW Z4-based Supra. Toyota partnered with Precision Turbo and Engine to tweak the 3.0-liter straight-six's turbocharger to stuff 18 percent more air into engine, while there's also a custom intake, a three-inch exhaust, and a Mission Performance ECU. That's a solid set of engine enhancements without getting too crazy.

The highlight for fans, though, should be the new body kit and heritage-appropriate rear wing, while the headlights, taillights, and other body details take inspiration from the iconic fourth-generation Supra. In particular, the custom 3D-printed taillight buckets carry CNC-machined lenses – the setup looks so good that we sincerely wish someone, somewhere would rush them into production. These are the taillights the Supra should have had from the start.

The new front splitter and rear wing are the work of Motorsports Technical Center and LG Motorsports, while MTC and Cripworks handled the hefty rear diffuser, which neatly integrates the twin exhaust pipes in a center-exit style. There are also updates to the fender vents, while the entire car wears a fetching shade called Re-Entry Red.

Under those fenders sit staggered Toyo Proxes R888R tires with 305/30/19s in back and 295/30/19s in front. The 19-inch wheels, HRE P107SC, feature a twin five-spoke design that show off the massive 15-inch cross-drilled rotors and monoblock Brembo calipers (six pistons in front, four in back) quite nicely. TEIN adjustable coilovers, with a super-neat inboard design, help with the Heritage Edition's attractive stance.

The Heritage Edition is among a slate of Supra concepts Toyota is rolling out at SEMA. 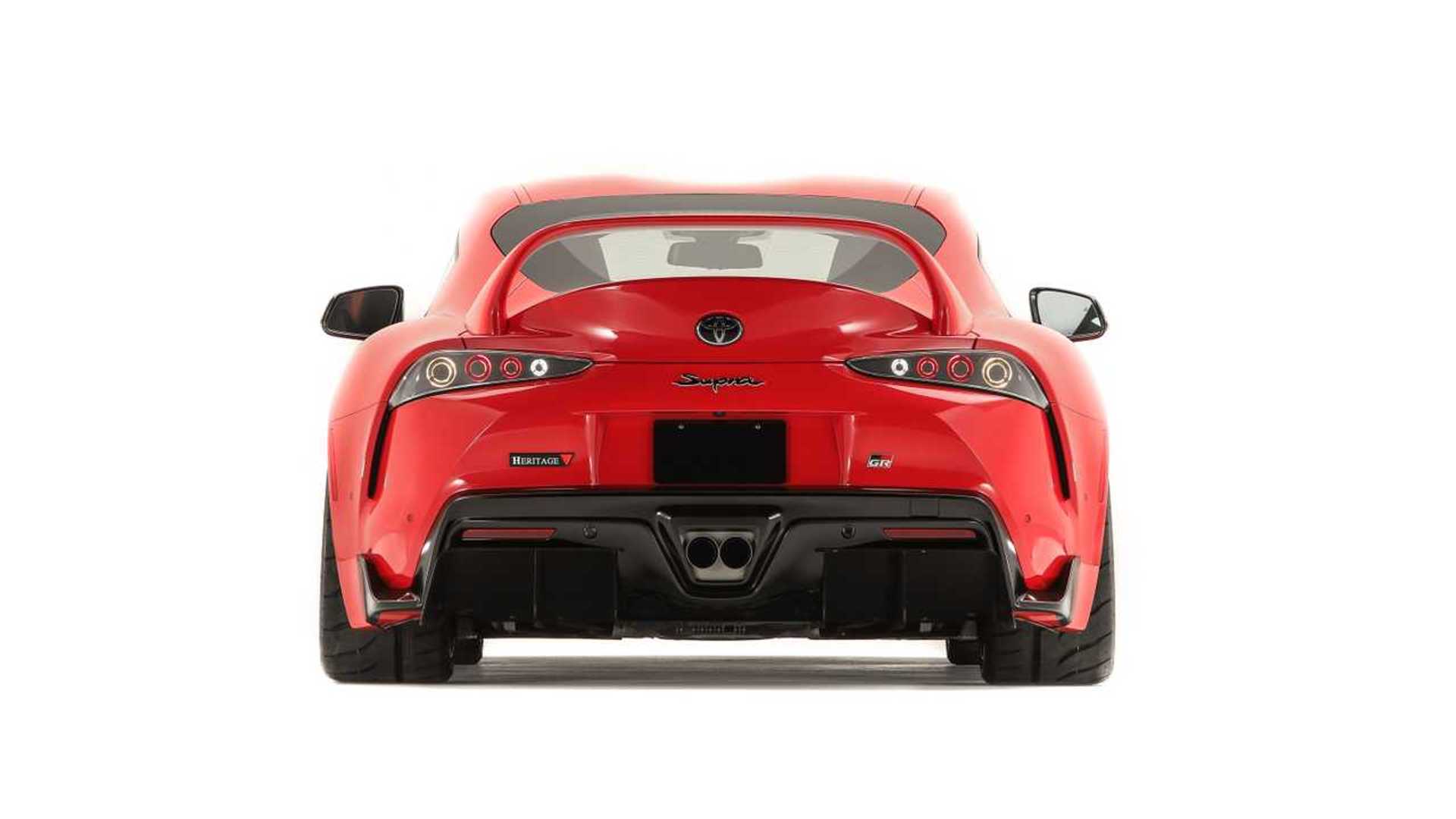 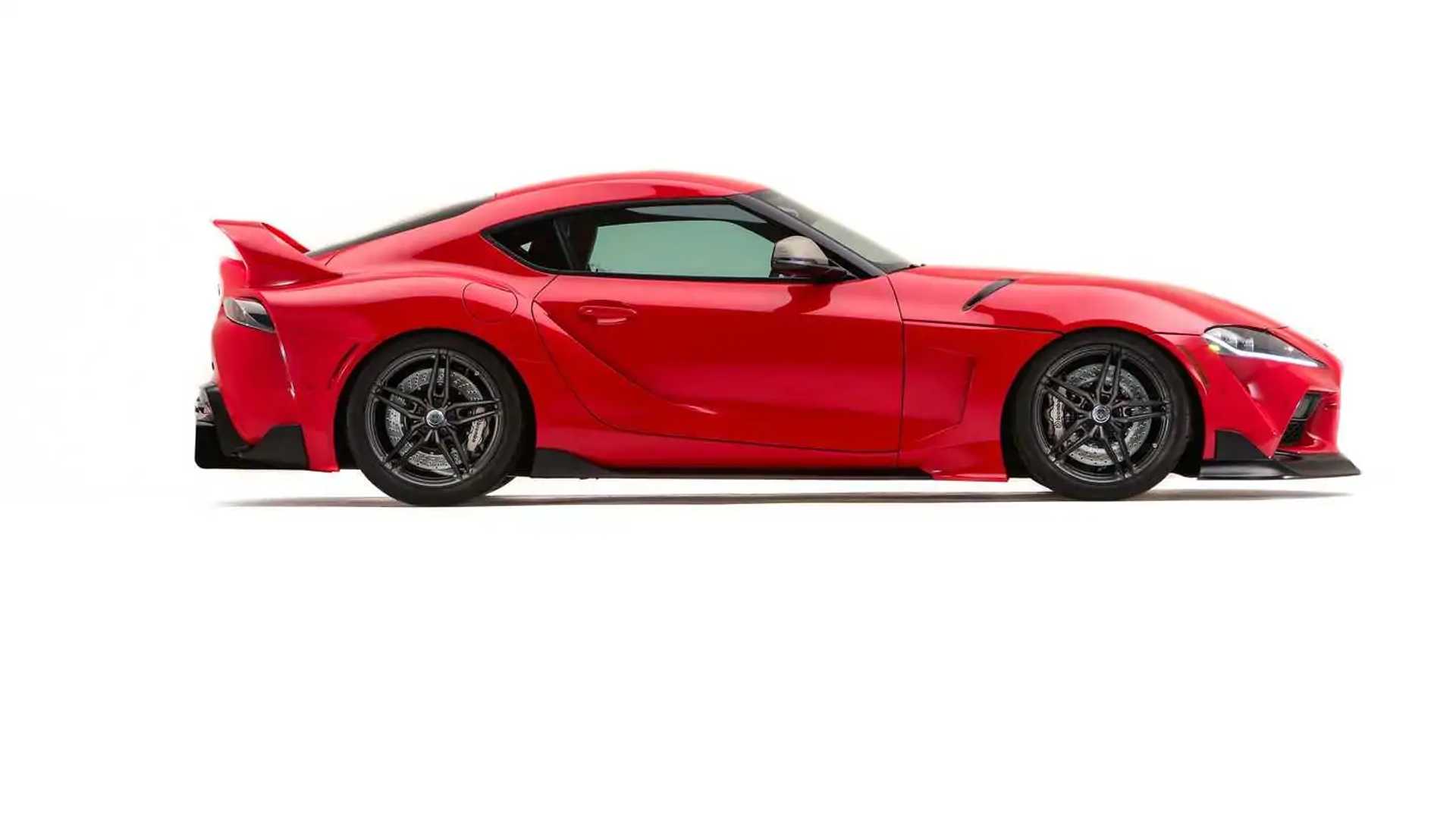