Toyota updates the Century, car of choice for Japan's elites

The Toyota Century, a car of choice for Japan's elites, just received a rare redesign.

The newest generation of the Century is the third in the car's roughly 50-year history, and the first major update to the car in 21 years, Toyota said this week. 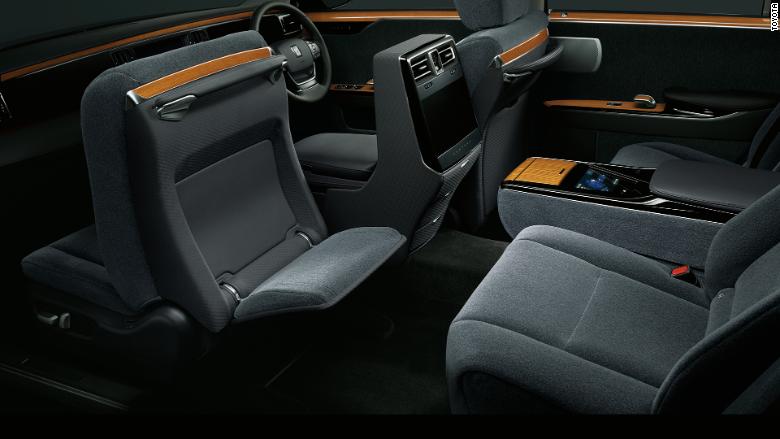 The Century is a chauffeur model comparable to the Rolls-Royce or Mercedes-Maybach, meaning it's designed more for the comfort of back seat passengers than the joy of the driver. The third-generation Century is designed to put added emphasis on the opulent backseat, Toyota said.

By giving the roof of the car a more vertical drop off in the back, increasing head room for the backseat passenger, Toyota said the design focus of the car also "shifts to the rear, heightening the importance of the rear in appearance."

The wheel base is also 65 millimeters, or 2.5 inches, longer to add legroom, according to Toyota.

Other luxuries in the back seat include massage seats, foot rests that come out from the back of the front seat, a 12-inch television, and a 7-inch touch screen control tucked away in the center console.

The new Century is a hybrid driven by a combination of electric motors and a 5.0-liter V8 engine. Toyota says it serves the dual purpose of reducing noise and improving fuel efficiency.

Toytoa's goal is to sell about 50 Century vehicles per month.