If you’re going to head into the capital in the most ostentatious car imaginable, remember to bring your license.

Arabs driving supercars in London is as common as hillbillies riding cows in the Midwest. But this is no ordinary supercar. Nor is this your typical rich Arab. Believed to be the property of 24 year-old Nasser Al-Thani, a member of Qatar’s ruling family, the car seen here is a Lamborghini Aventador wearing a glow-in-the-dark purple wrap courtesy of Japanese tuner Liberty Walk. Totalrevs was standing by to capture the one-off supercar when it was unceremoniously pulled over by the British cops. According to the Daily Mail, the supercar was initially flagged down for missing a front number plate.

It was then towed away from outside luxury shop Harrods and impounded as the driver failed to produce a driver’s license or insurance details. An onlooker described the Lamborghini as “something out of Tron.” 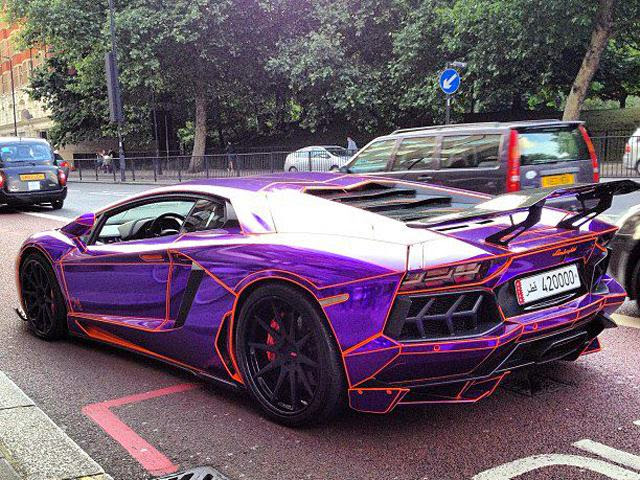 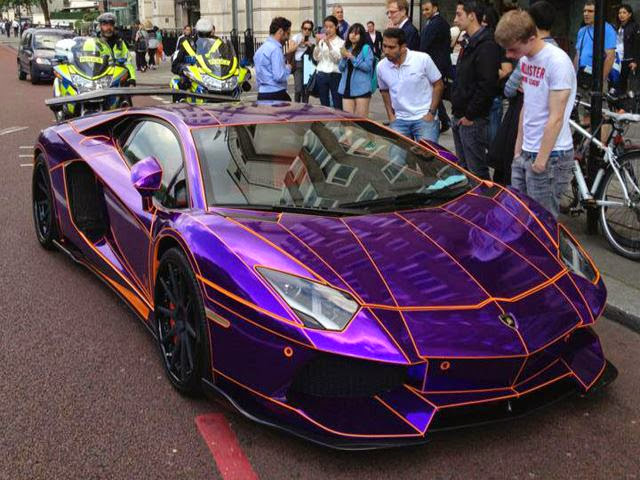