Watch The Ferrari-powered Toyota 86 Drift Its Heart Out The GT4586 made its debut last November at SEMA in Las Vegas, but we are still having a hard time at wrapping our heads around the idea of a Ferrari-powered Toyota. One thing is for sure: you will not hear anyone complaining about this particular 86 being underpowered.

With a mighty 570 hp (425 kW) on tap generated by the 2011 Best Performance Engine and Best Engine in the Above 4-liter category, it has almost three times the power of the standard car's 2.0-liter boxer unit. At the same time, Ferrari's 4.5-liter V8 churns 398 pound-feet (540 Newton-meters) of torque whereas Toyota's four-cylinder pumps out only 156 lb-ft (211 Nm) when linked to the six-speed manual gearbox in the latest version.

With so much extra power, the drift-ready coupe obviously had to receive beefier brakes and it's now rocking a set of large Brembos with race-spec GT-R six-piston calipers lurking behind the custom 18-inch wheels.

Aside from the engine transplant, the GT4586 has been subjected to a wide array of changes to make it a veritable drift machine. This short video recorded between the practice sessions for the Formula Drift Orlando with Ryan Tuerck behind the wheel goes to show the heavily modified 86 has what it takes to shred those tires rapidly and leave a long trail of white smoke in the process.

Not only does it look way different than a stock 86 thanks to the wider body and big rear wing, but it also provides a much nicer soundtrack thanks to the Ferrari V8 that barely fits in the engine bay. Inside, the stripped-out cabin is home to a roll cage and a pair of bucket seats very important in a car modified to go sideways most of the time. 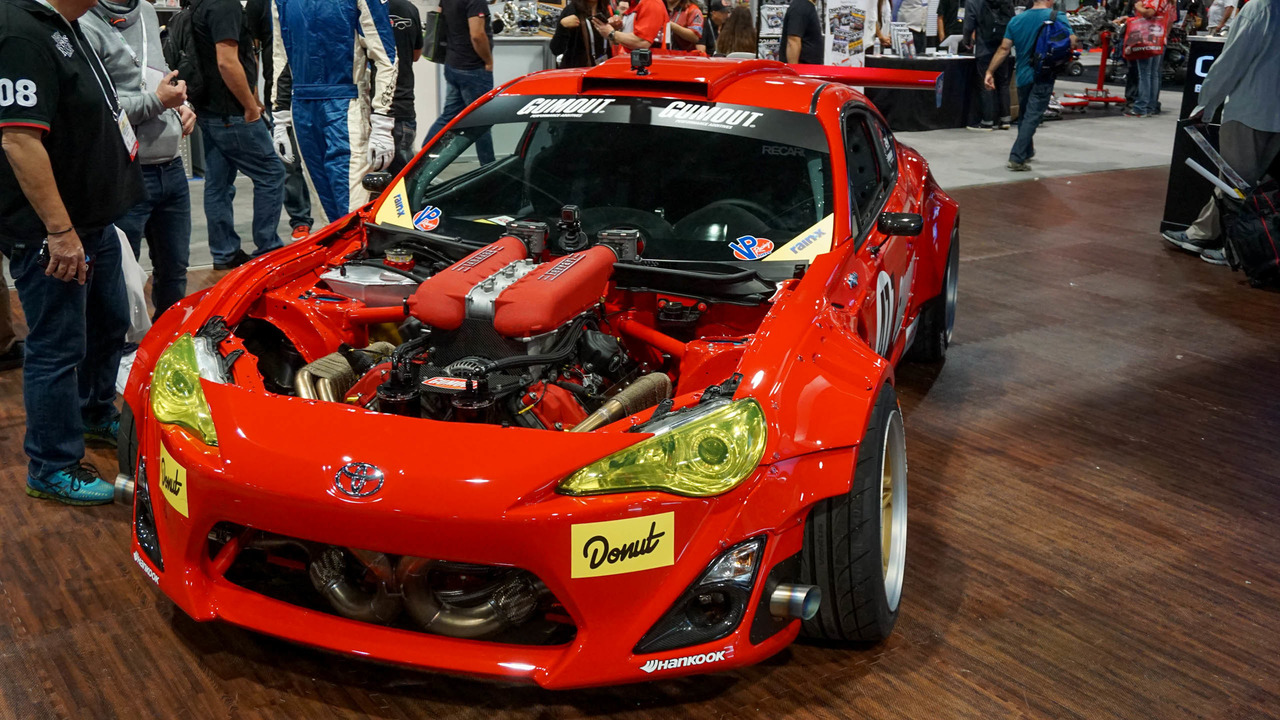 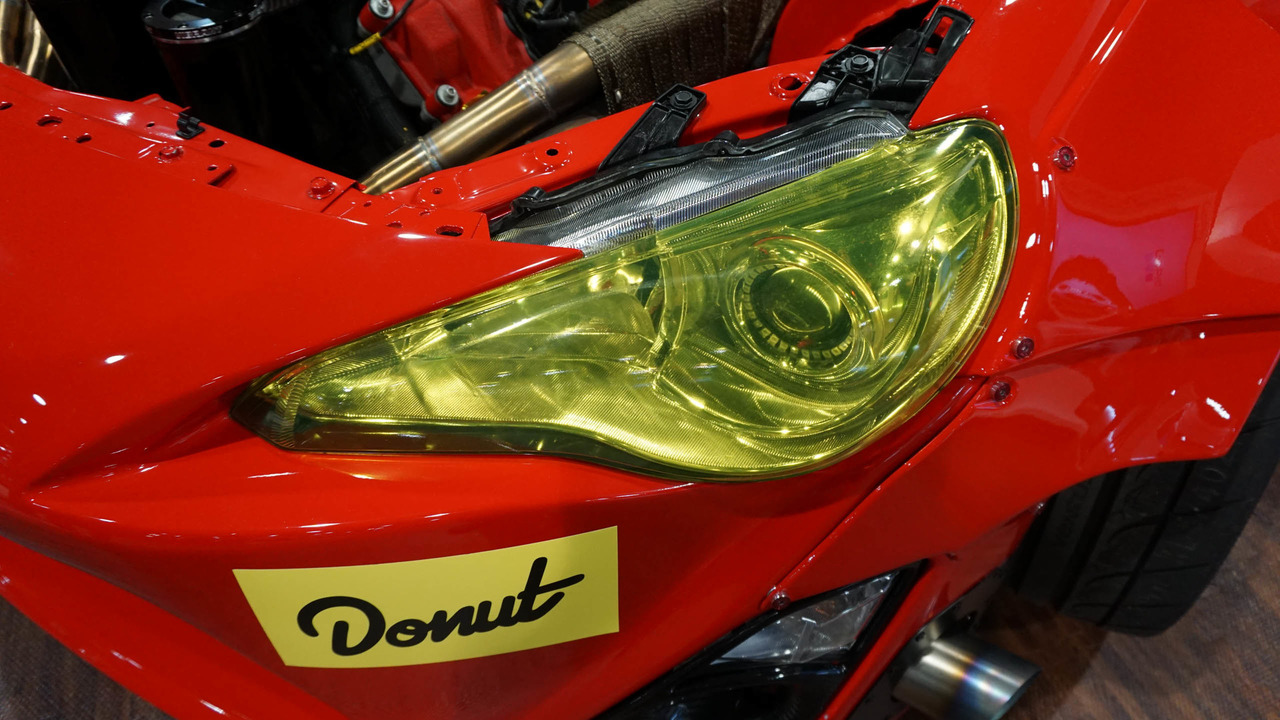 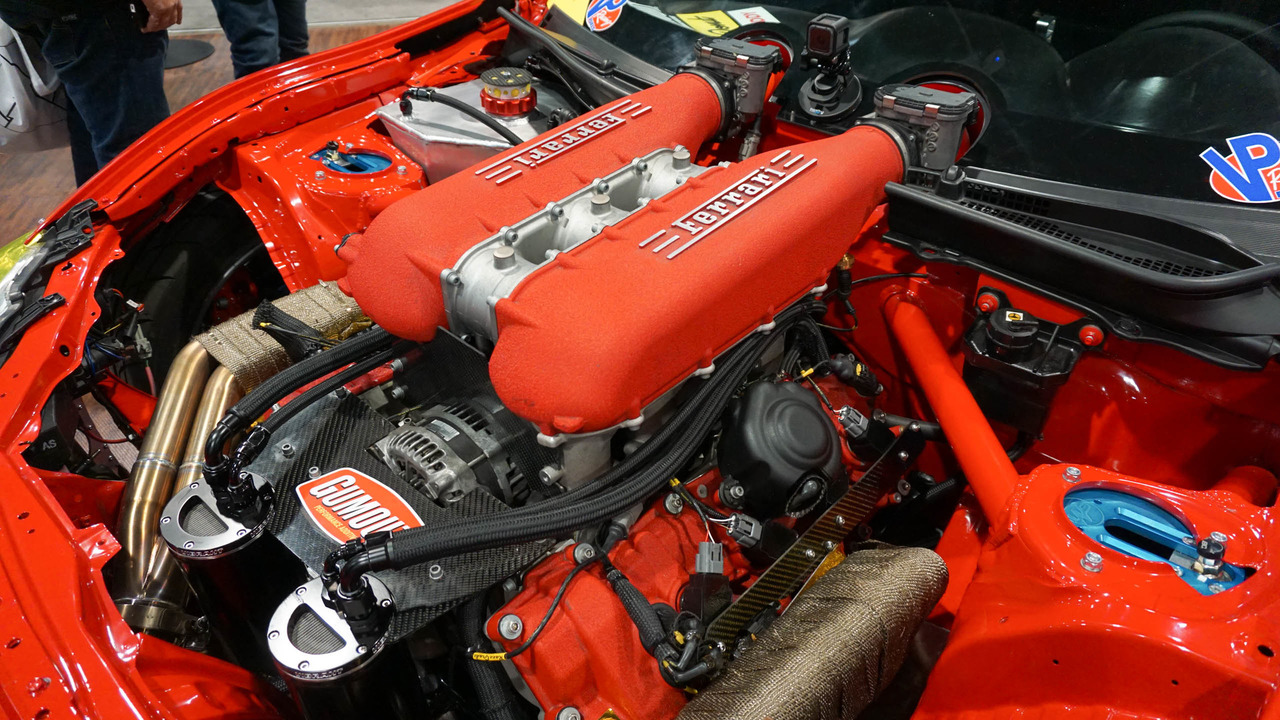 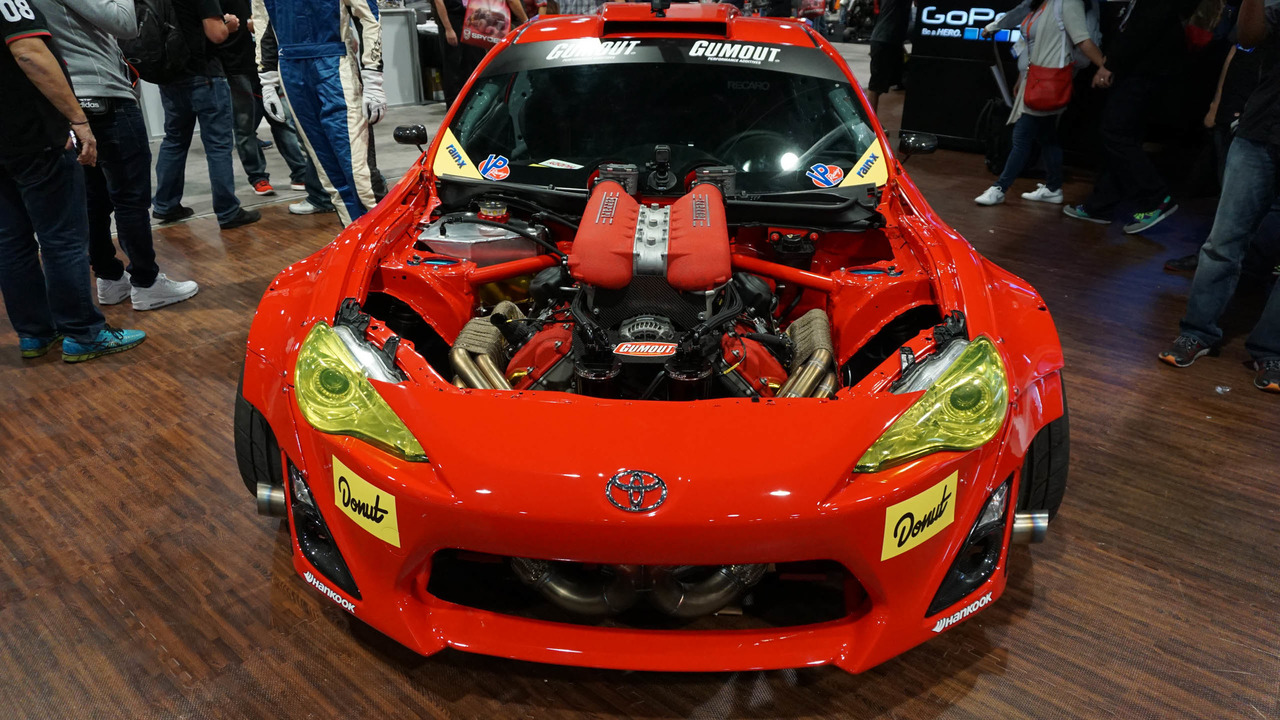 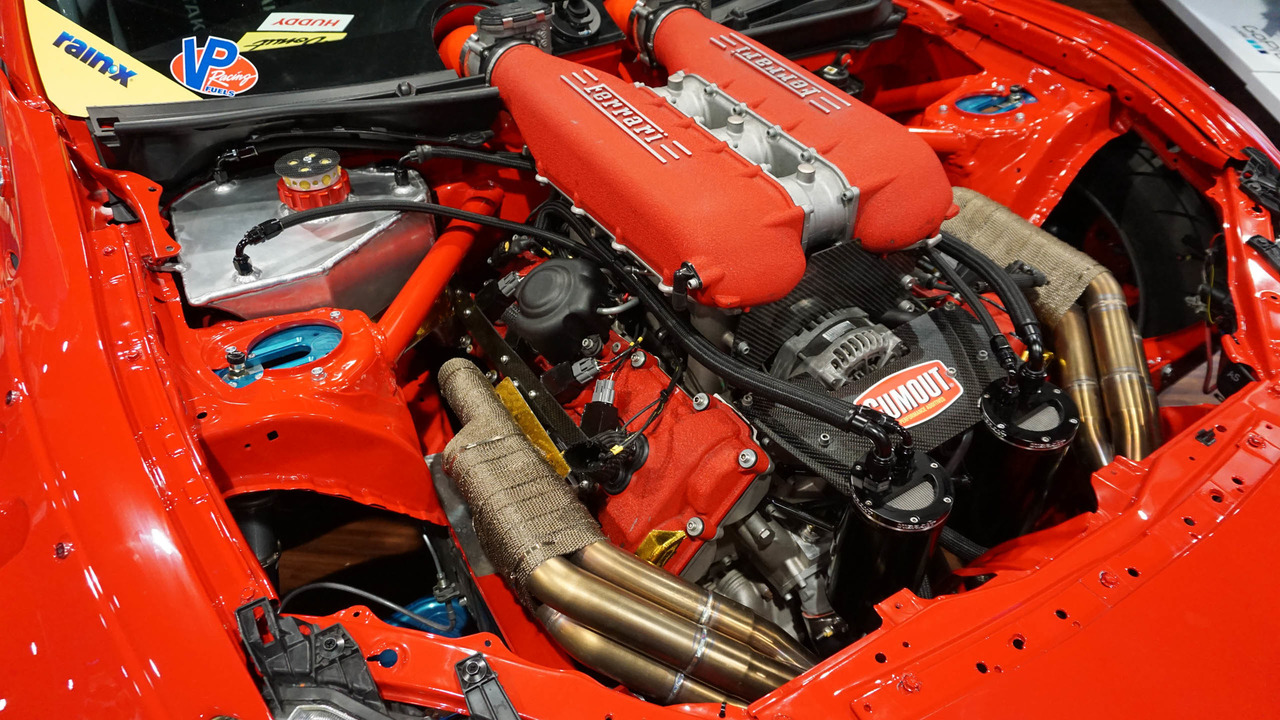 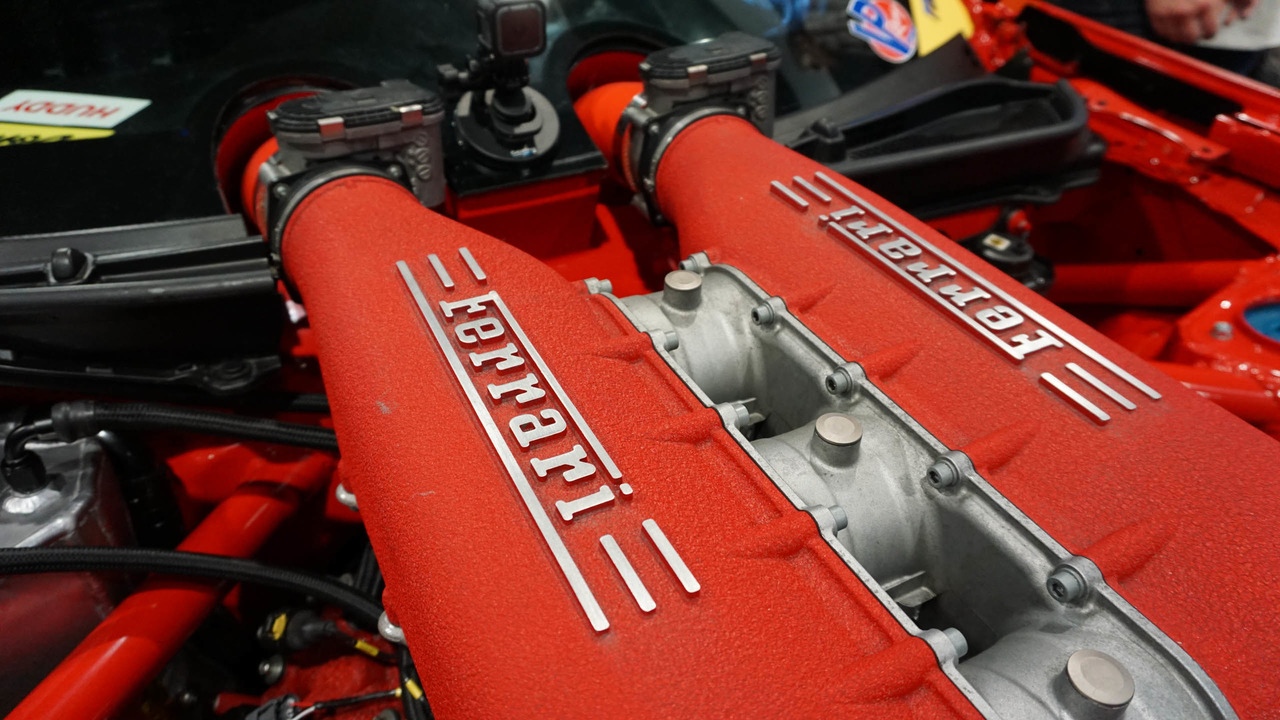 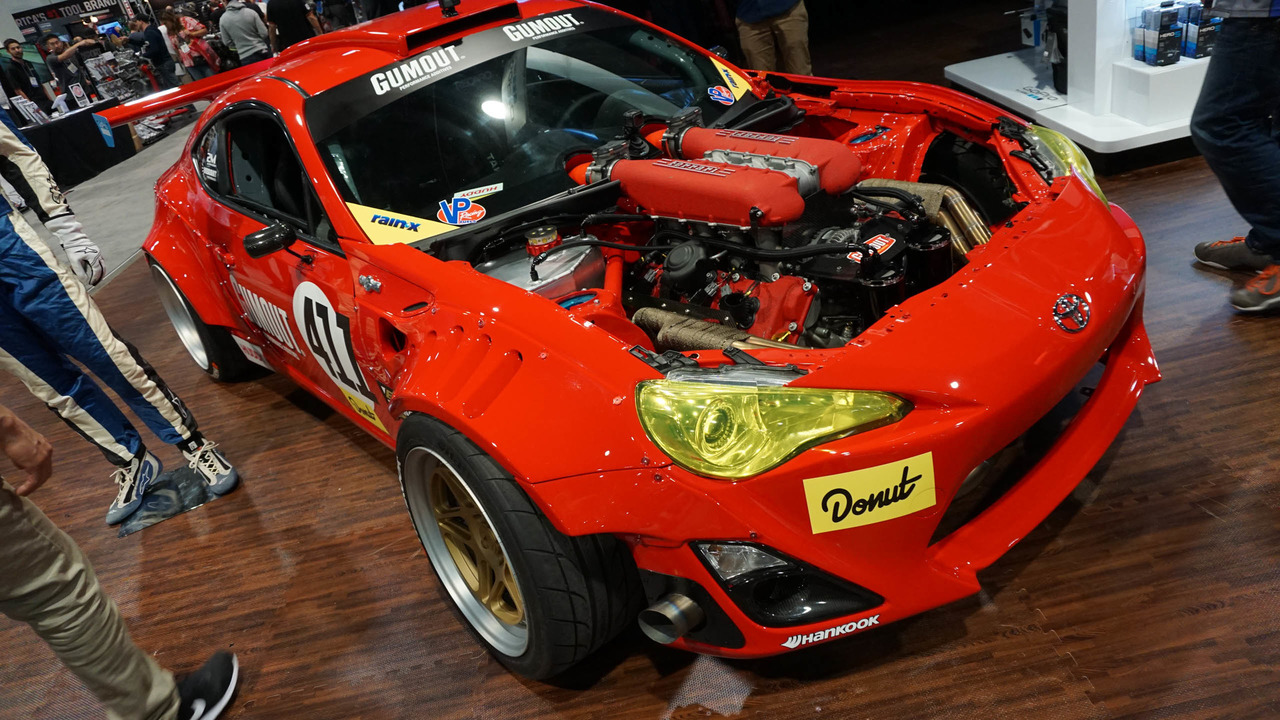 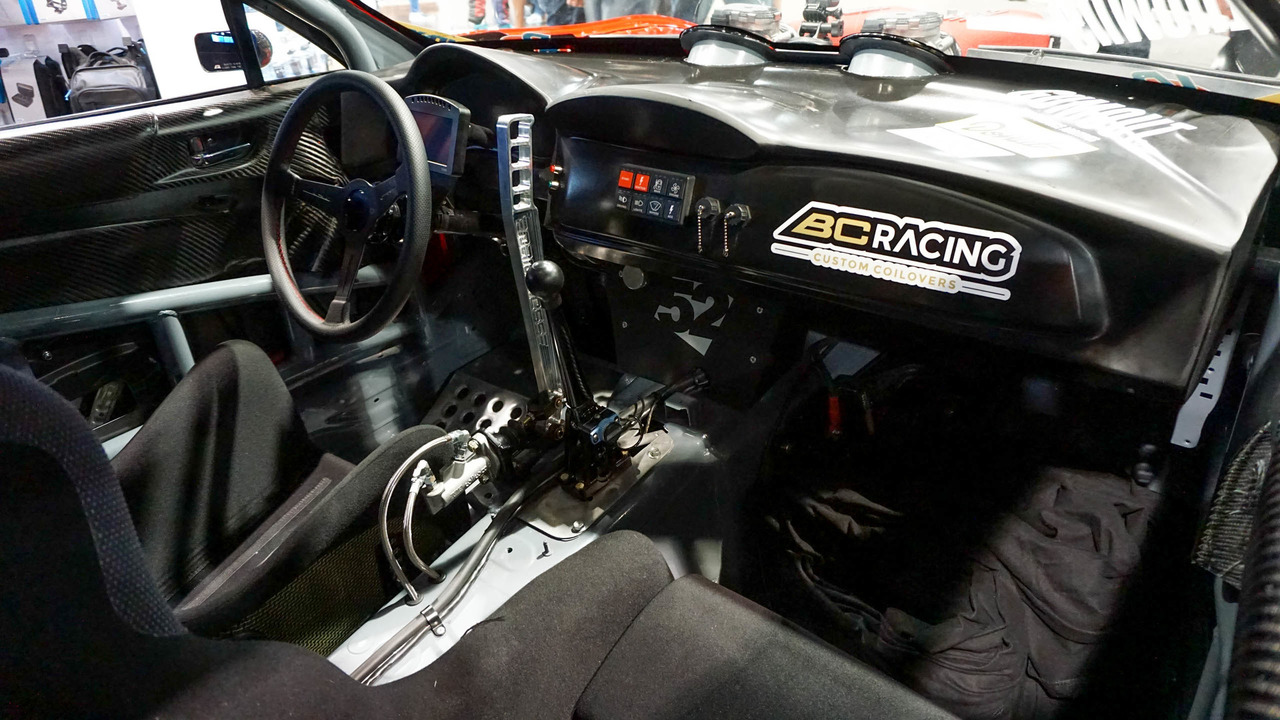 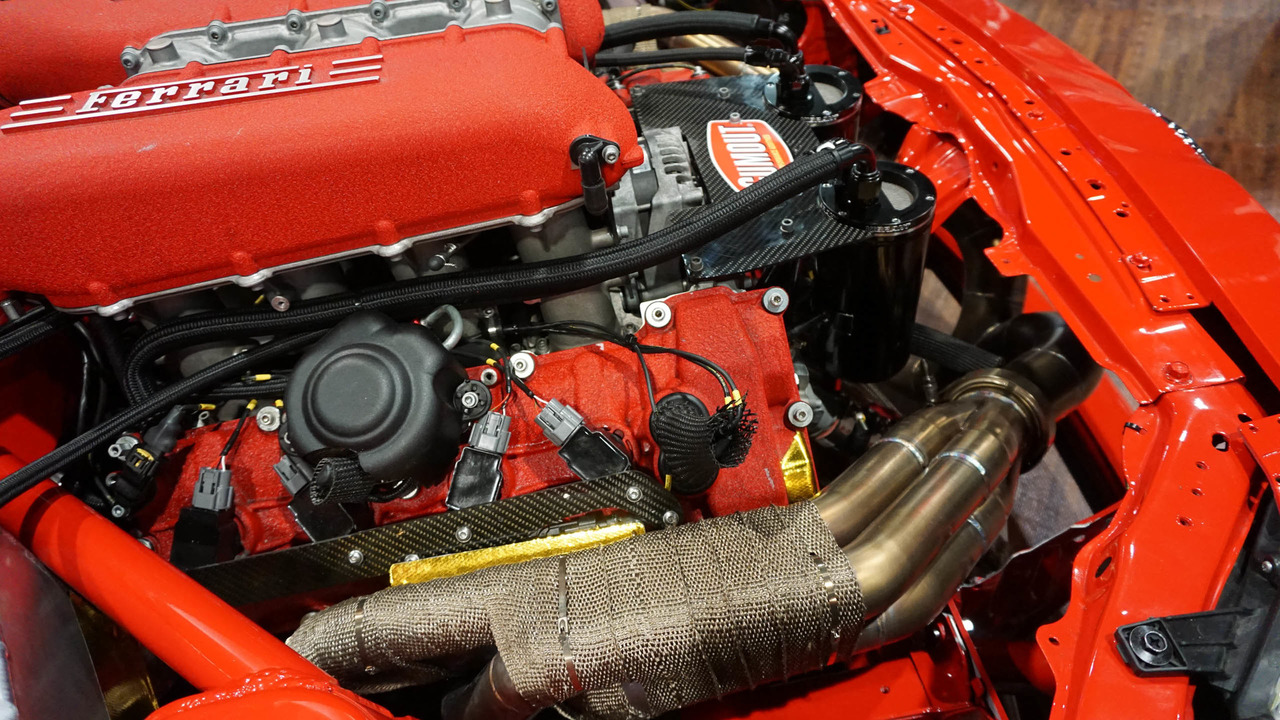 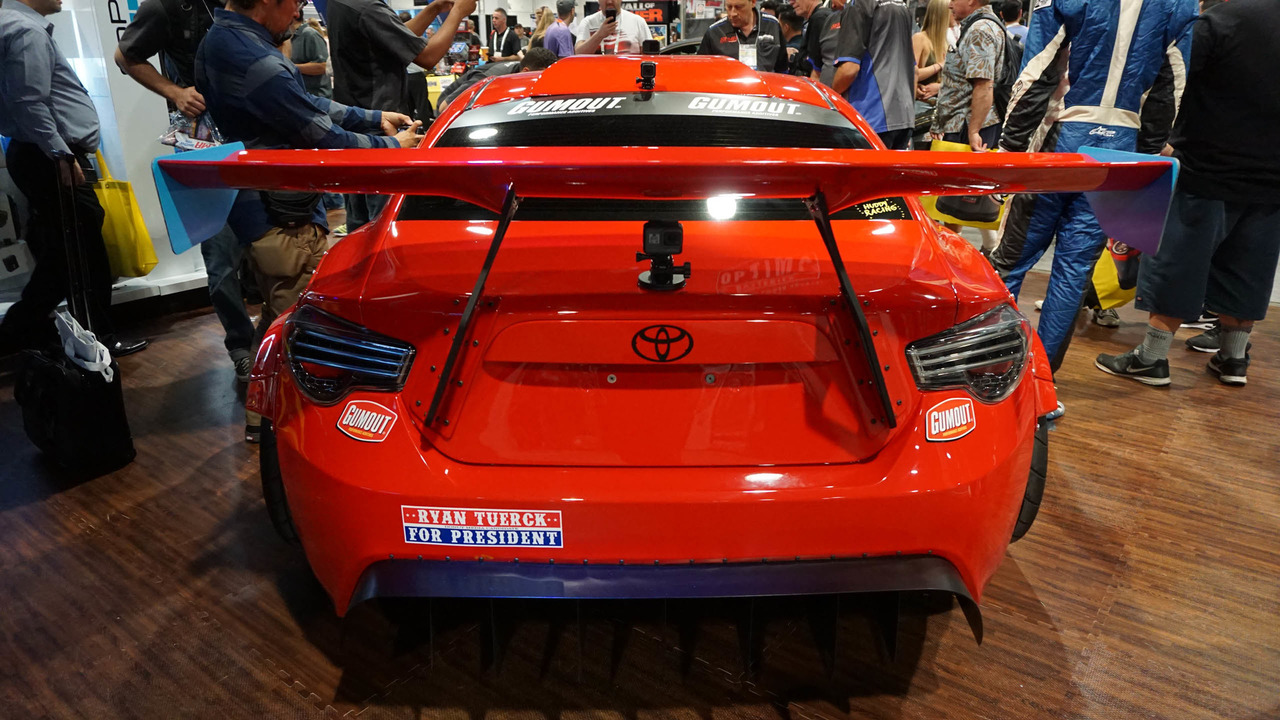 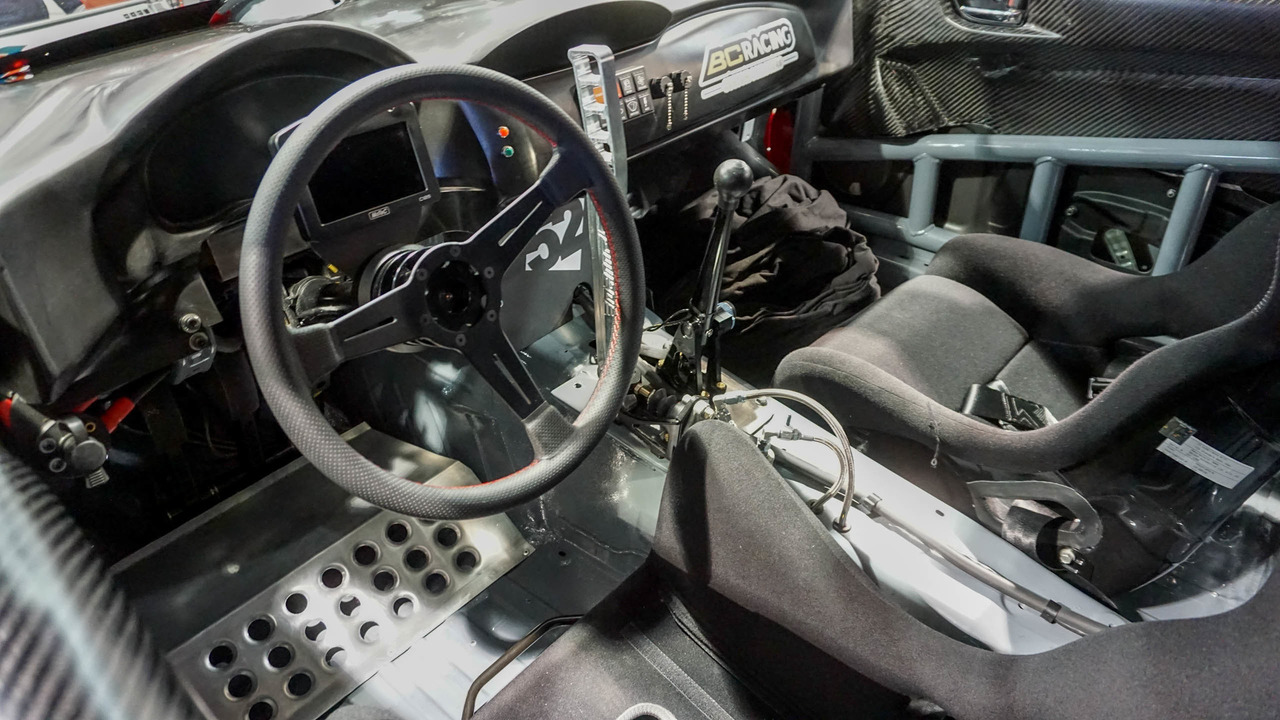 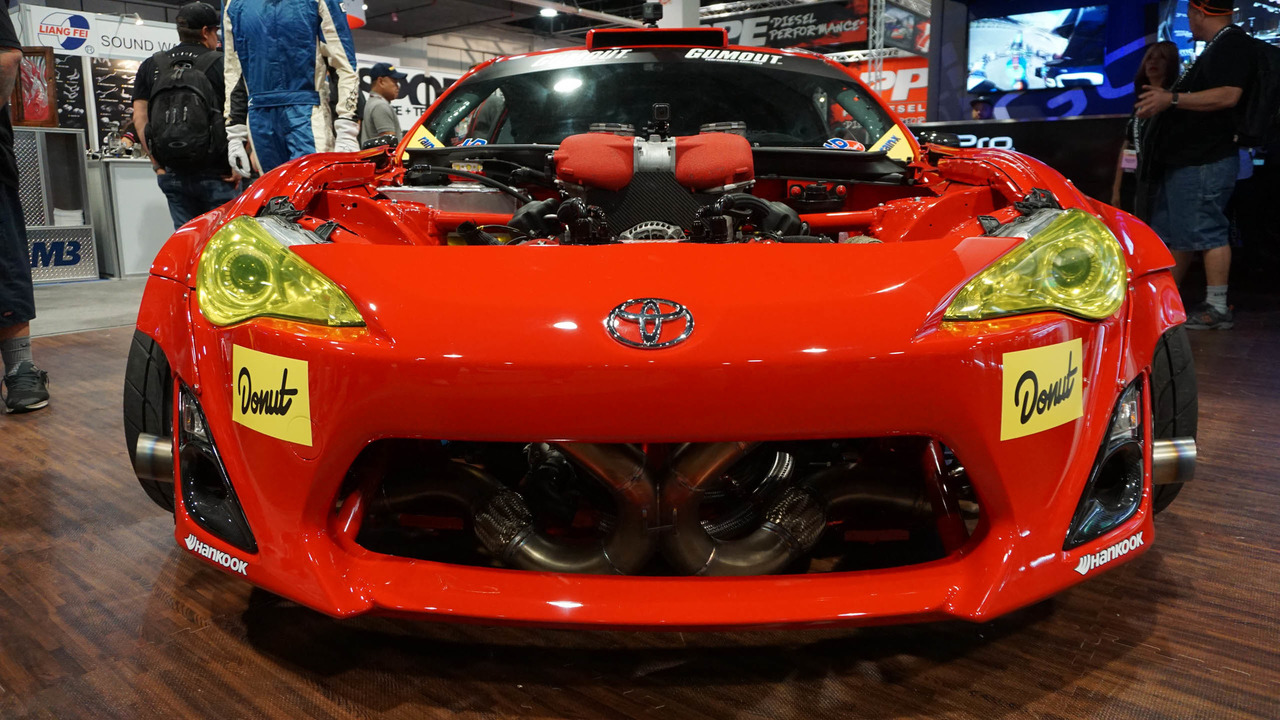