Why Yes, This is a Chrome Buick Regal By and large we're not big fans of the full-on chrome-finish treatment here at Autoblog. Most of us lean more toward matte than mirrored.

But some cars wear the garish look well. Like a Mercedes-Benz SLR McLaren, for example. A Buick Regal? Less so.

That, however, does not appear to have stopped members of a Regal-centric car club in China from wrapping the Buick sedan in the shiny stuff, for better or worse. At least they've also given the same car a flat black finish, too. 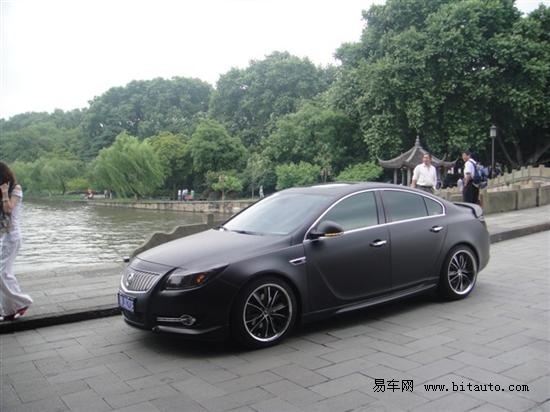