We first featured the Limo-Jet in 2018, shortly after its builders completed the incredible project. Based on an actual Learjet fuselage, the Limo-Jet boasts custom tube-frame construction and an 8.1-liter GM V8, along with luxurious seating in the neon-hued the party-bus interior. Now, the Limo-Jet is headed to auction at Mecum Indy 2020, and we wouldn't be surprised to see bidders dive well into the six figures for the chance to own it – no pilot's license required.

The aluminum Learjet body needed to be reinforced with a steel chassis and structures to help it better cope with the hazards of road travel. All that extra metalwork (plus the big V8 and supersized 28-inch wheels) mean the Limo-Jet weighs in excess of 11,000 pounds. To be fair, that's par for the course for luxurious people movers, although it does make us hope the Limo-Jet's braking is more capable than its little discs and flashy red-painted calipers would suggest.

Access to the interior is via a clamshell air stair, moved to the starboard side to suit curbside loading and unloading. Once aboard the roadbound jet, the driver sits behind a gauge cluster and steering wheel sourced from a mid-2000s GM truck, while the passengers make themselves comfortable on a side-facing bench seat with integrated safety belts. The advertisement suggests there's room for 18 passengers, but unless there's additional seating somewhere, we think that number's a bit optimistic.

An extensive array of lighting and sound equipment, including a trick infinity floor, sets the Limo-Jet apart from other stretches. The entire rear wall, for example, boasts a flat-panel television screen, and instead of hiding the sound system's amplifiers from view, the Learjet makes them a design element. What's more, even the exterior gets marine-grade speakers – one set under the tailfin and another in binnacles in front of each rear wheel. Speakers mounted in the "turbine" nacelles can also play jet engine sound effects, for those who want to be immersed in their private-plane illusion. The pilot doesn't get left out of the fun either, with a barrage of cameras to avoid accidental damage.

When it crosses the auction block at Mecum Indy 2020 (now postponed till June 23-28 due to the coronavirus outbreak), the Limo-Jet will come with its own custom-built trailer and 2015 Chevrolet Silverado 2500HD for easy towing. That said, we'd rather just pilot the four-wheeled Learjet than tow it around to shows and events. Estimating its value is difficult – its creators estimated a build cost well into seven figures, but luxury limo buyers usually shop in much lower price brackets. Still, we'd be surprised to see this thing sell for less than $200,000 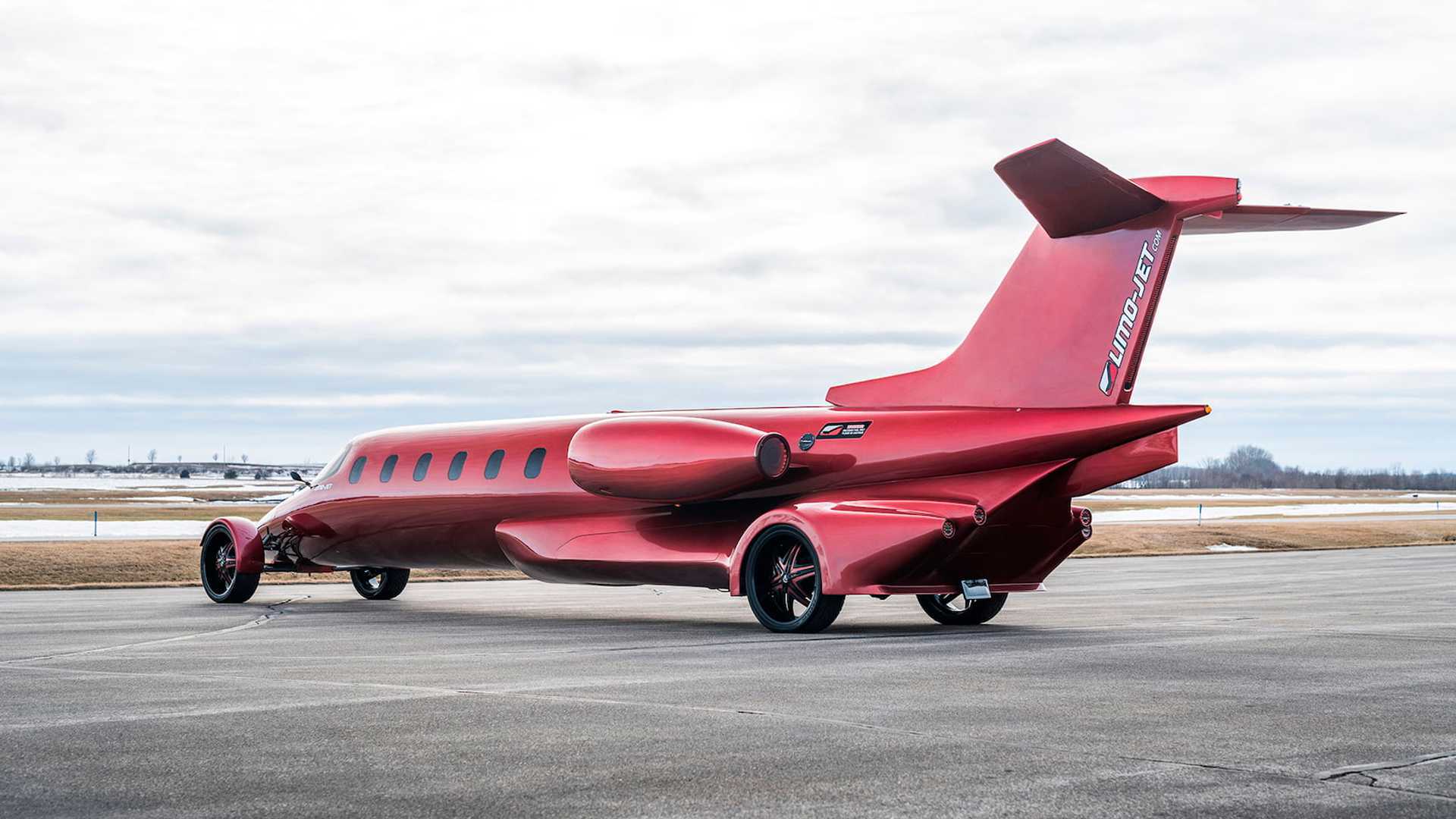 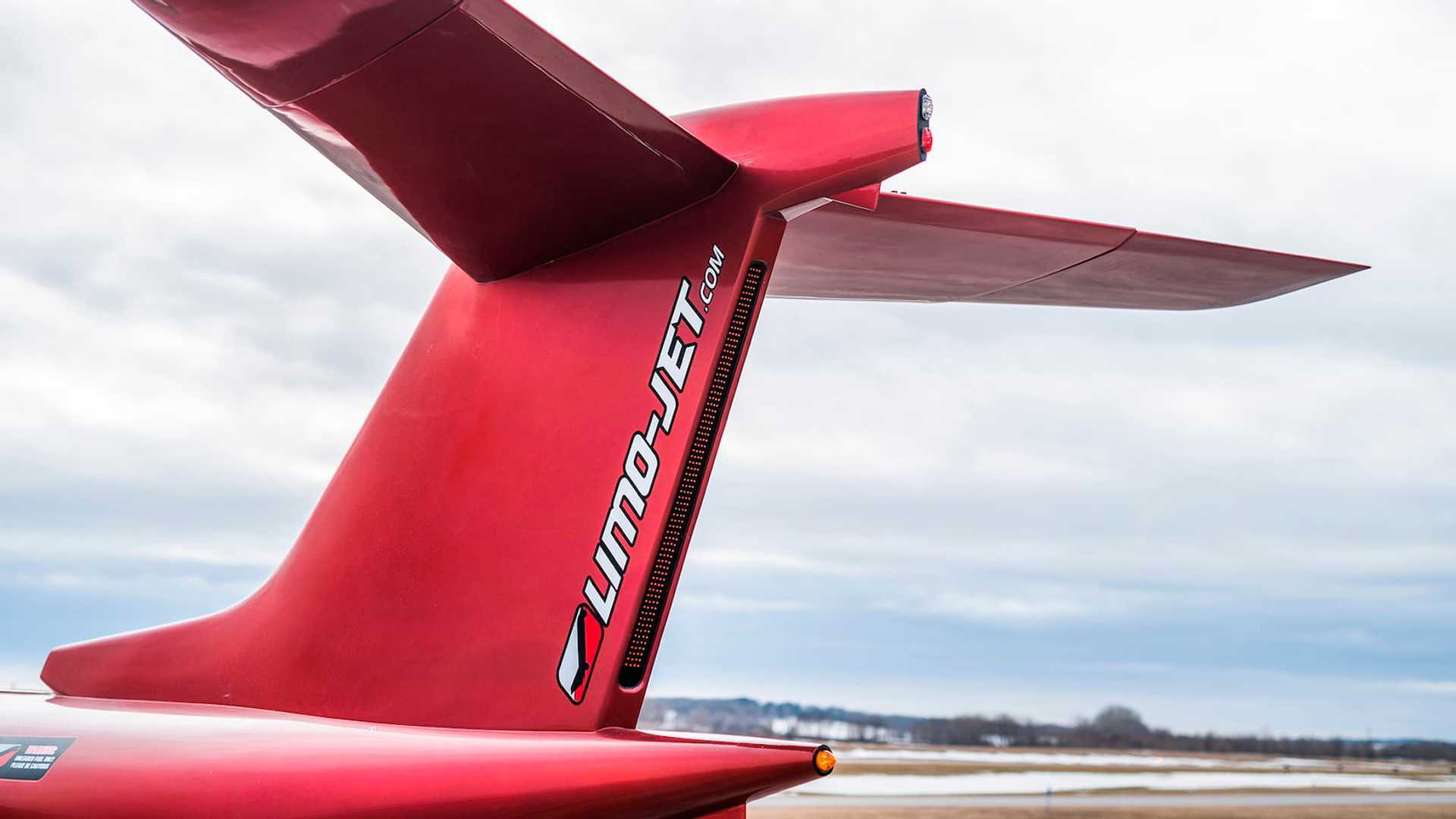 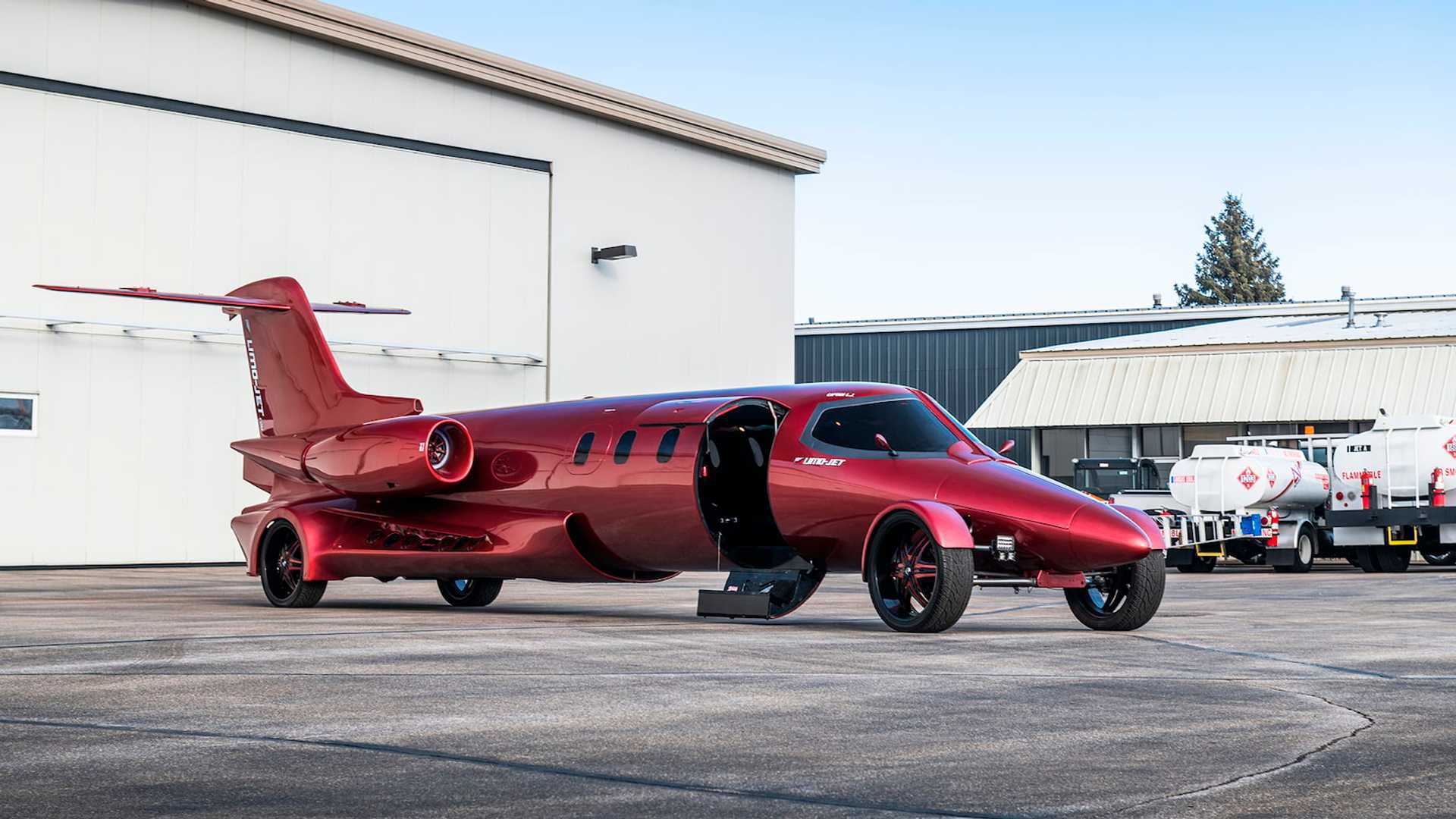 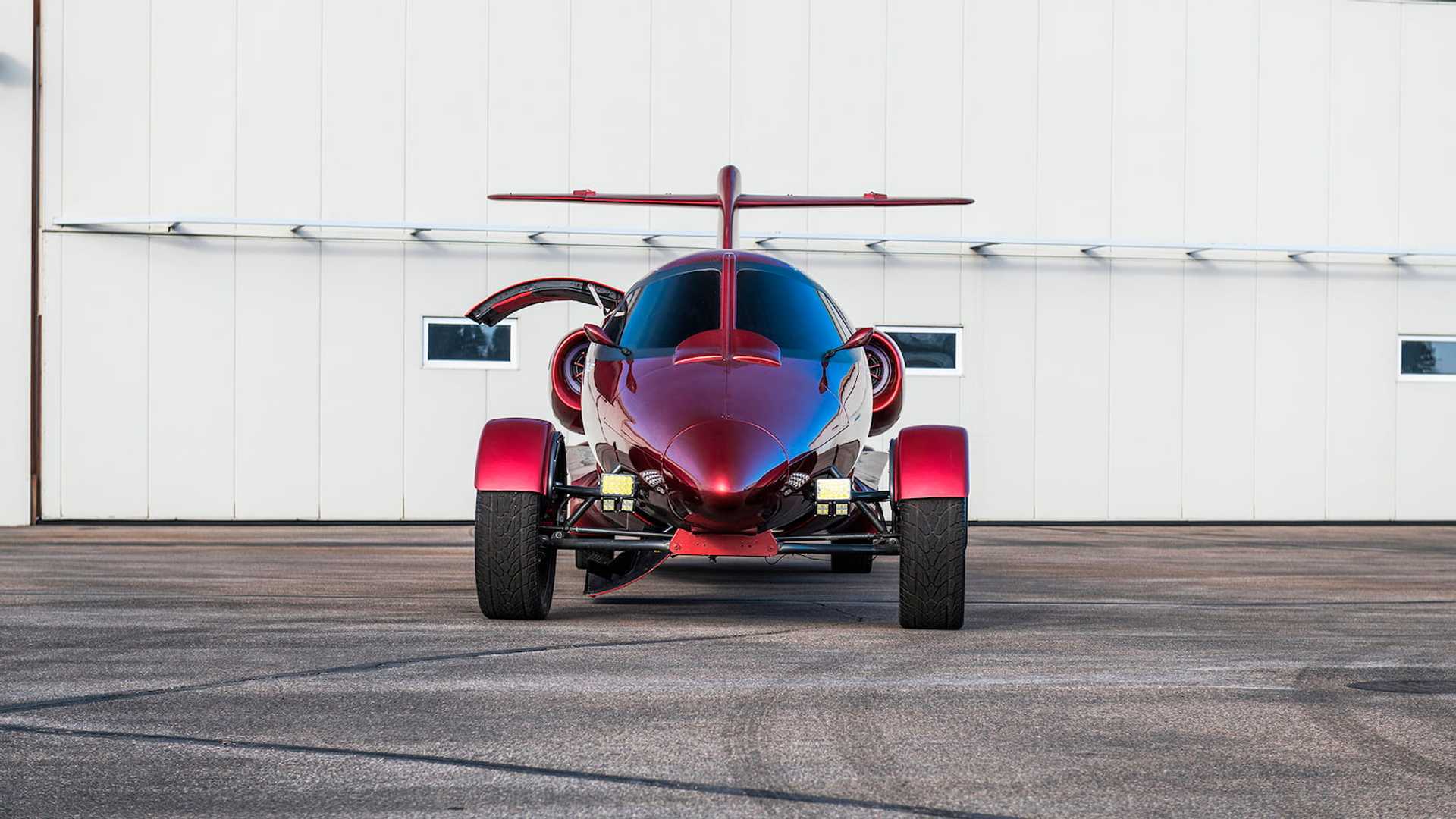 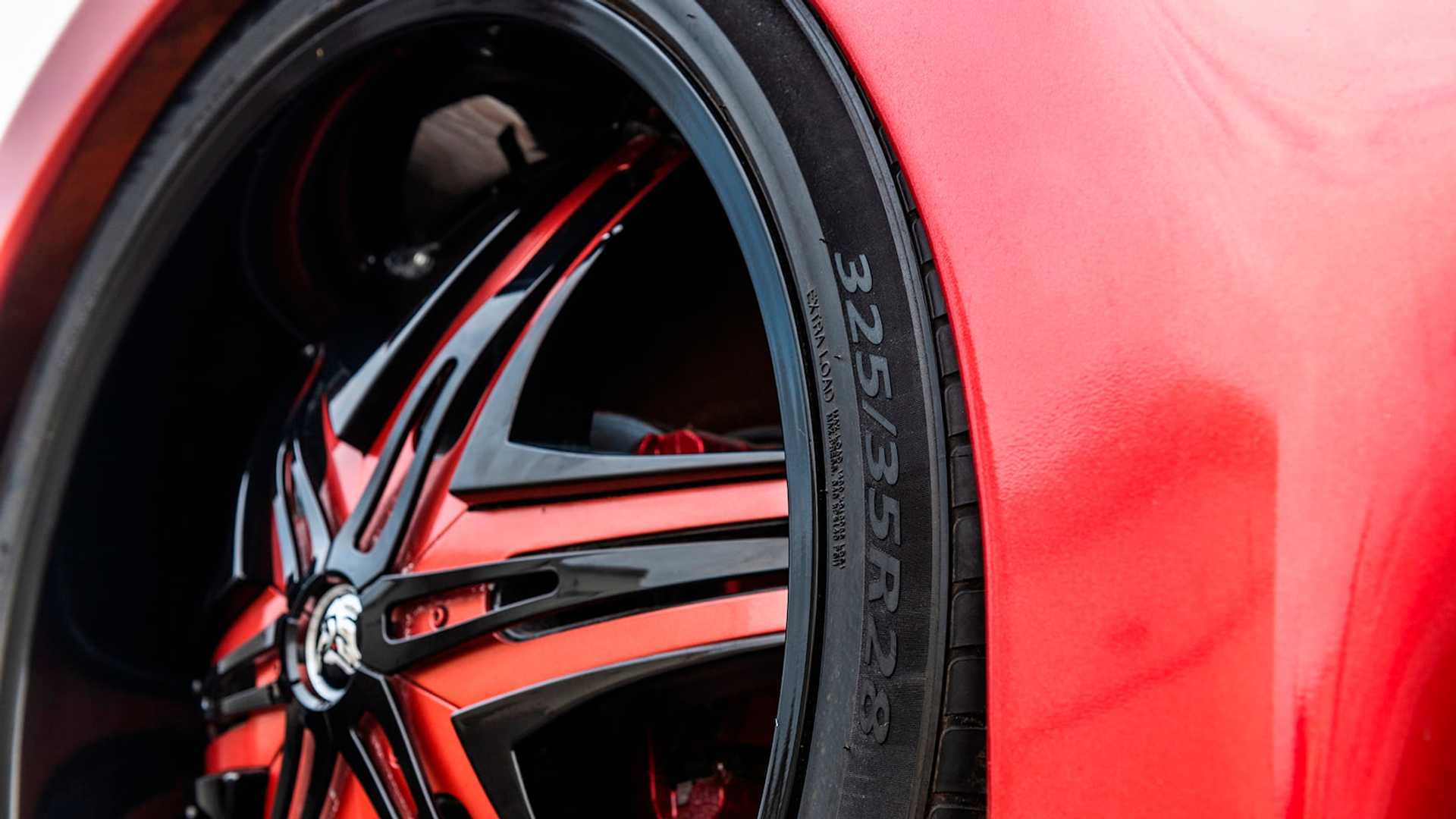 What's Crazier: A Custom Bubbletop Slammed To The Floor Or Its Asking Price?14 July 2015
Going Mobile: Custom Rolls-Royces Inspired By British Rock31 March 2017
This Is The Audi Pickup Truck We Have Always Wanted26 June 2017
Sheikh Commissions Crazy Mustang Chariot To Tackle The Dunes With28 June 2017
Ferrari 360 Limo Gets $104,400 Bid On Ebay, But Fails To Sell26 December 2017