You Need To See This Crazy Custom 8-Wheel Conversion Van

It's 34 feet long and has aspirations of leading the Rebel Alliance against the Empire.

Ivan Benic is an artist from Canada. He began his art career in the 1970s, and anyone who knows something about '70's car culture in Canada (and the U.S.) knows that custom vans were everywhere. This crazy creation, it seems, wants to be everywhere all on its own. At a whopping 34 feet long, it does a pretty good job of doing just that.

Benic is the mad scientist behind this custom van, which he calls the Cosmic Cruiser. Barcroft Cars on YouTube visited Benic at his home in Windsor, Ontario with cameras in hand to document the occasion. The inspiration for the mental machine was born in 1974 when the artist simply decided to build the wildest van in the world. Such aspirations are not uncommon among auto enthusiasts, but Benic stuck to his ambition and in just a few years, the Cosmic Cruiser was born. And boy is it wild.

Underneath all that custom work is a 1970s Chevrolet van. Initially, the roof was chopped by six inches, but then he nabbed the roof from a massive late-1960s Oldsmobile Vista Cruiser wagon and grafted it into place. The end result was a roofline roughly the same as it was, only now it was adorned with the Vista Cruiser's glass windows. Obviously the front clip isn't stock, and over the course of a few years, the project just kept growing. And growing. And growing.

The video doesn't tell us anything about the engine or drivetrain, but it does ride on dual axles in the back and dual steering gear in the front. To Benic's credit, he isn't just a visionary – he knows his way around a shop and the bodywork on this van is a testament to his skill. And lest we forget he's an artist first and foremost, and every bit of detail on the Cosmic Cruiser's exterior is from his own hand.

We don't have any idea what it's like to drive. At 34 feet it's right there with larger motorhomes, but whereas those are typically slab-sided and boring, the Cosmic Cruiser has undeniable character. Love it or hate it (we love it), there's no denying it's definitely a wild ride. 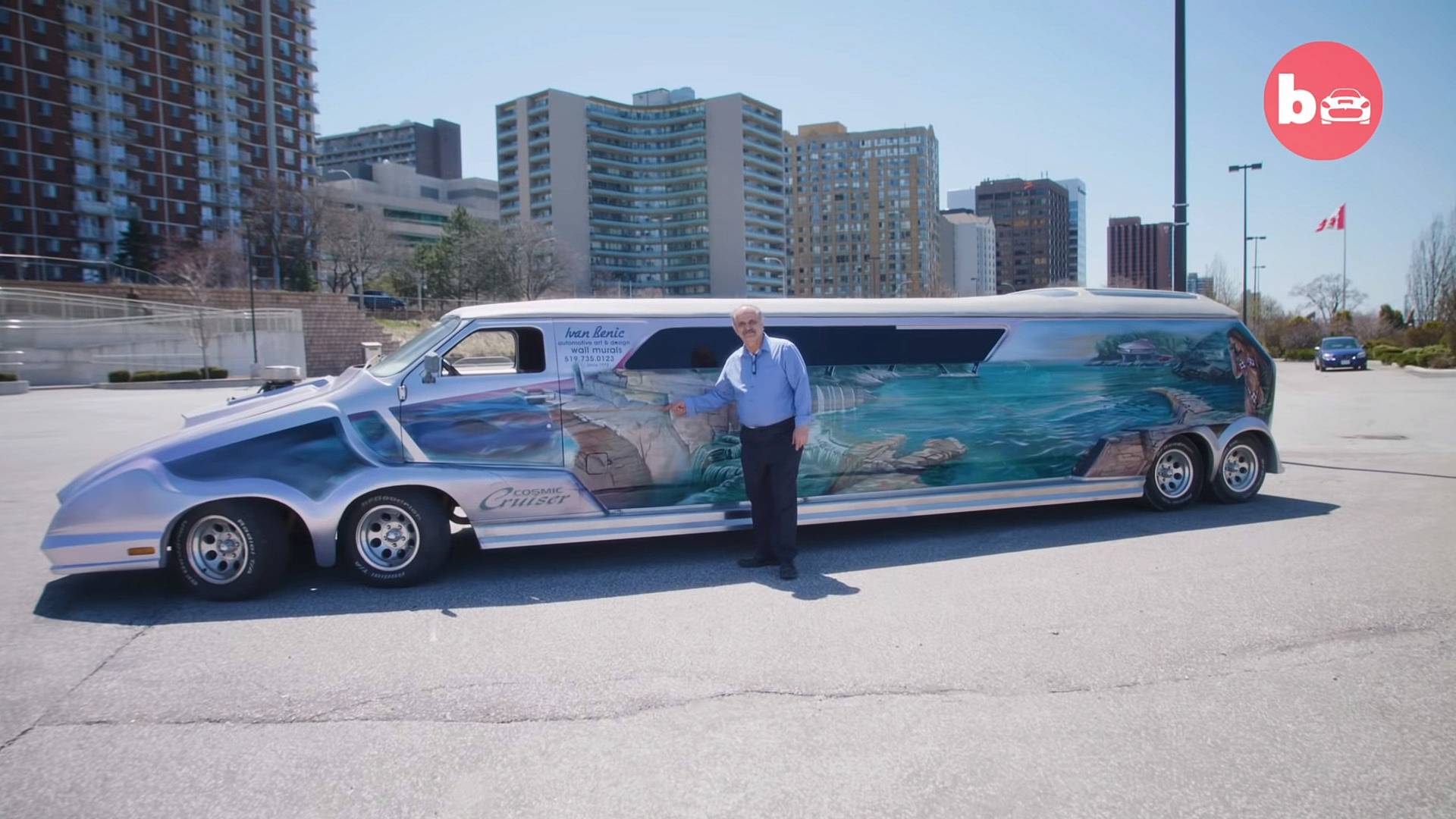 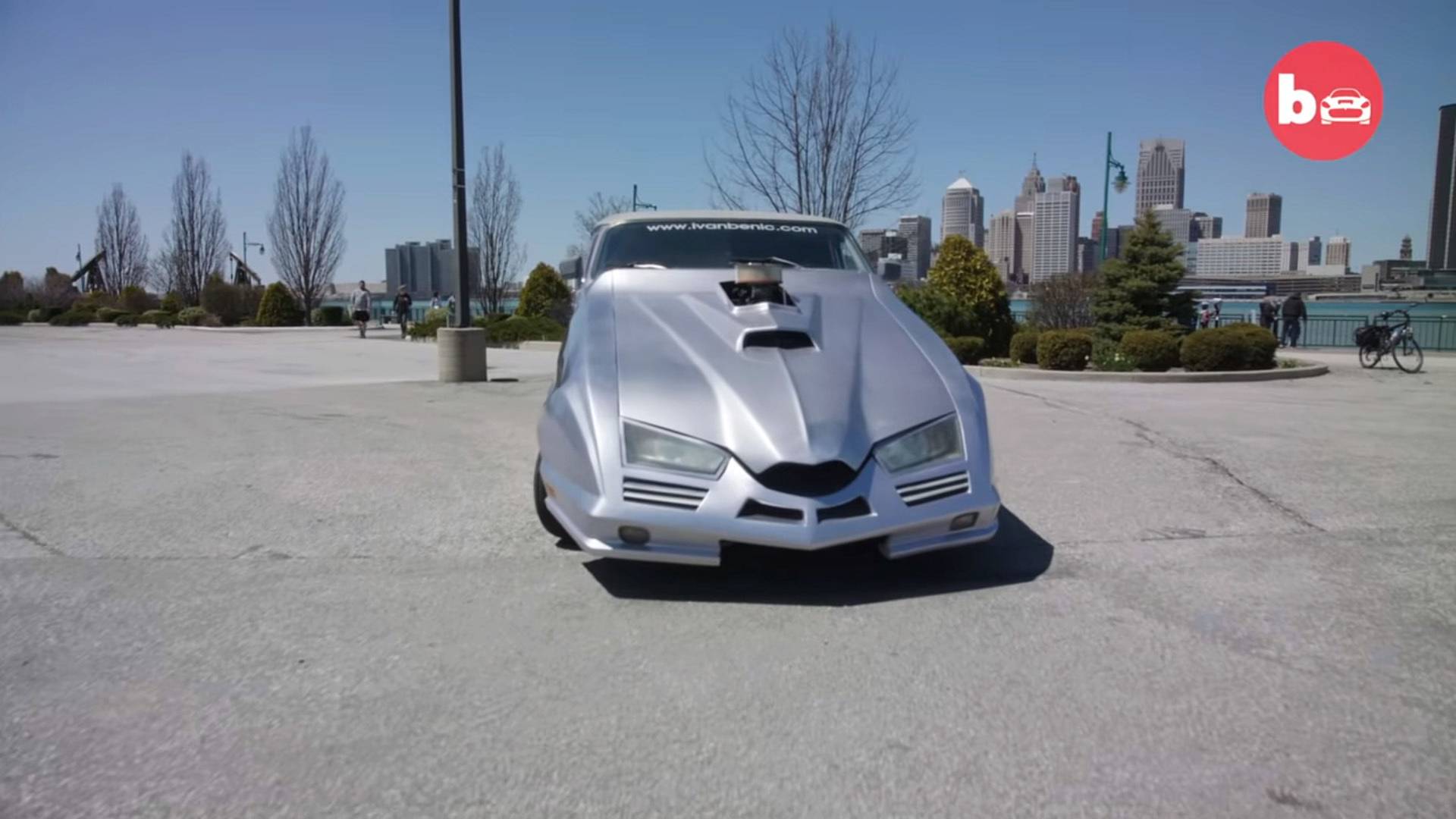 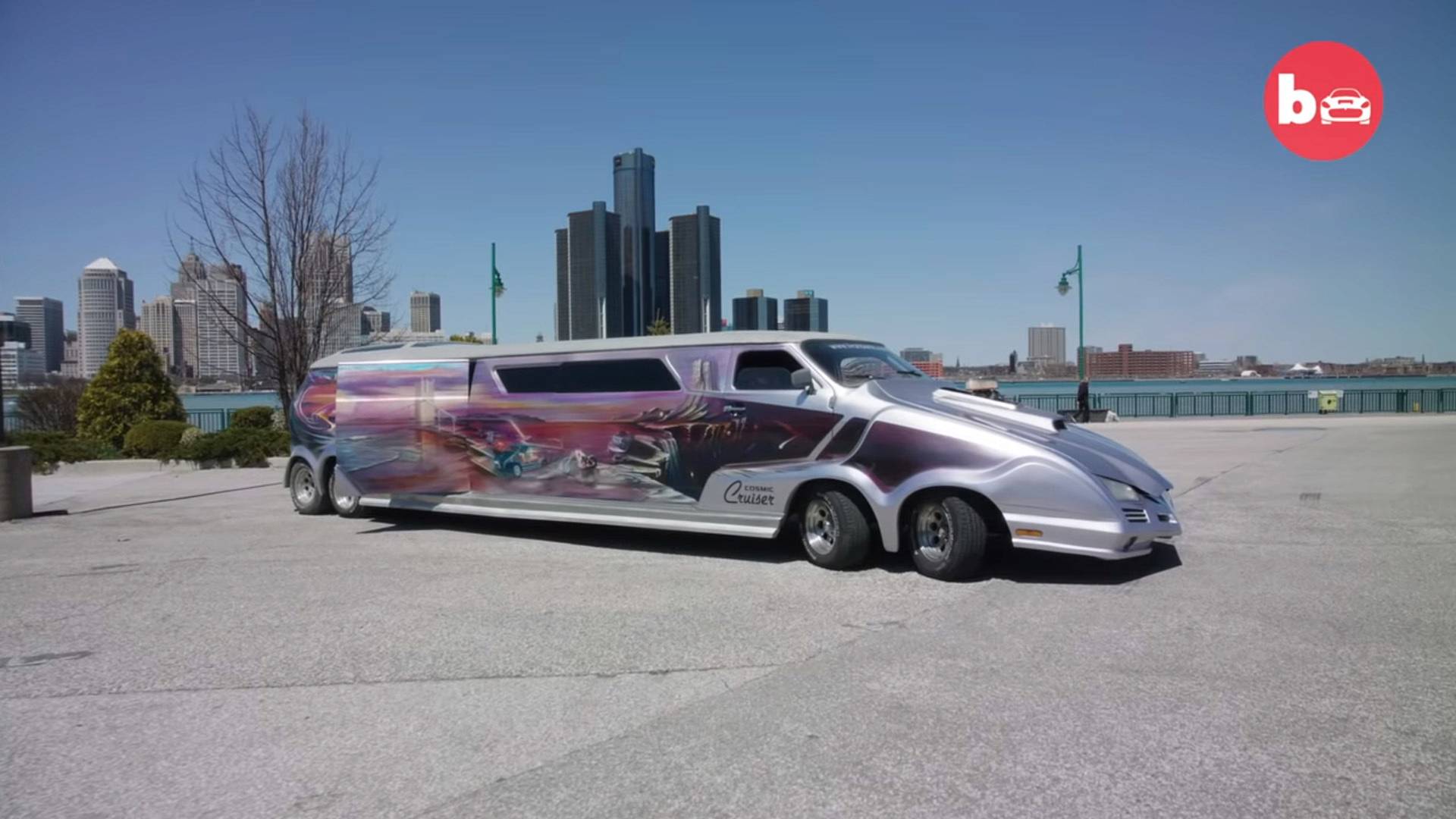