I’ve said it before and I will say it again; custom two-wheelers are a genuine form of art.

Honestly, to say that Suzuki's glorious GS650G Katana was ahead of its time would be an understatement. Back in the '80s, this Japanese marvel was a showstopper in the truest sense of the word! Sure enough, it occupied a very special place in many riders' hearts.

I'll tell you what; let's take a minute to examine what the appropriately named Katana was capable of achieving. A 1982 model in Suzuki's lineup is brought to life by a fierce four-stroke DOHC inline-four engine that boasts a respectable compression ratio of 9.4:1 and four Mikuni BS32SS carbs with 32 mm (1.26 inches) throttle bodies. This bad boy has a total of eight valves and a generous displacement of 673cc.

At approximately 9,400 rpm, the air-cooled behemoth will produce as much as 73 hp, accompanied by a solid torque output of up to 42 pound-feet (57 Nm) at around 8,000 rpm. The mill's fiendish power is channeled to a shaft final drive via a five-speed transmission. This whole shebang leads to a top speed of 124 mph (200 kph), while GS650G's quarter mile time is rated at a mere 13.2 seconds.

Up front, the structure is supported by a set of air-assisted telescopic forks that permit 5.9 inches (150 mm) of wheel travel. At the rear, suspension duties are handled by a double-sided swingarm and dual adjustable shock absorbers, allowing up to 4.2 inches (110 mm) of travel. Stopping power is taken good care of by twin 275 mm (10.83 inches) discs and a one-piston caliper at the front, along with an identical brake rotor and a single-piston caliper on the opposite end.

All things considered, these features will make even some modern two-wheelers green with envy. Besides performing like an absolute gem, the Katana is also, quite simply, a beautiful piece of Japanese machinery. However, after almost three decades of faithful service, it'll definitely start to show its age.

When a weary '82 GS650G landed on Sp9ine's doorstep, the Sydney-based workshop was determined to give this machine the makeover it truly deserved. More often than not, sheer commitment tends to produce remarkable results, and that's certainly the case with this custom masterpiece!

To kick things off, the Aussies removed the entirety of its stock bodywork. Each and every last one of Katana's factory panels were replaced by the workshop's very own hand-crafted counterparts, such as a colossal fuel tank, a slim tail section and one bonkers front fender, which hosts an intricate ornament.

Additionally, they went about chopping any unnecessary mounting points off the frame before accommodating the new items. As soon as these components were installed, Sp9ine's wizards turned their attention to GS650G's suspension. Thus, the front forks were honored with a pair of custom springs that lower the bike's stance.

In terms of performance upgrades, its feral inline-four monstrosity was treated to a comprehensive overhaul. The Mikuni carburetors received fresh velocity stacks that were manufactured in house. Last but not least, the standard exhaust system was swapped out in favor of a menacing four-into-one module that allows Katana's powerplant to breathe with ease.

And that concludes it, ladies and gents. One thing's for sure; Sp9ine's unique creature won't be mistaken for an ordinary '82 GS650G anytime soon! 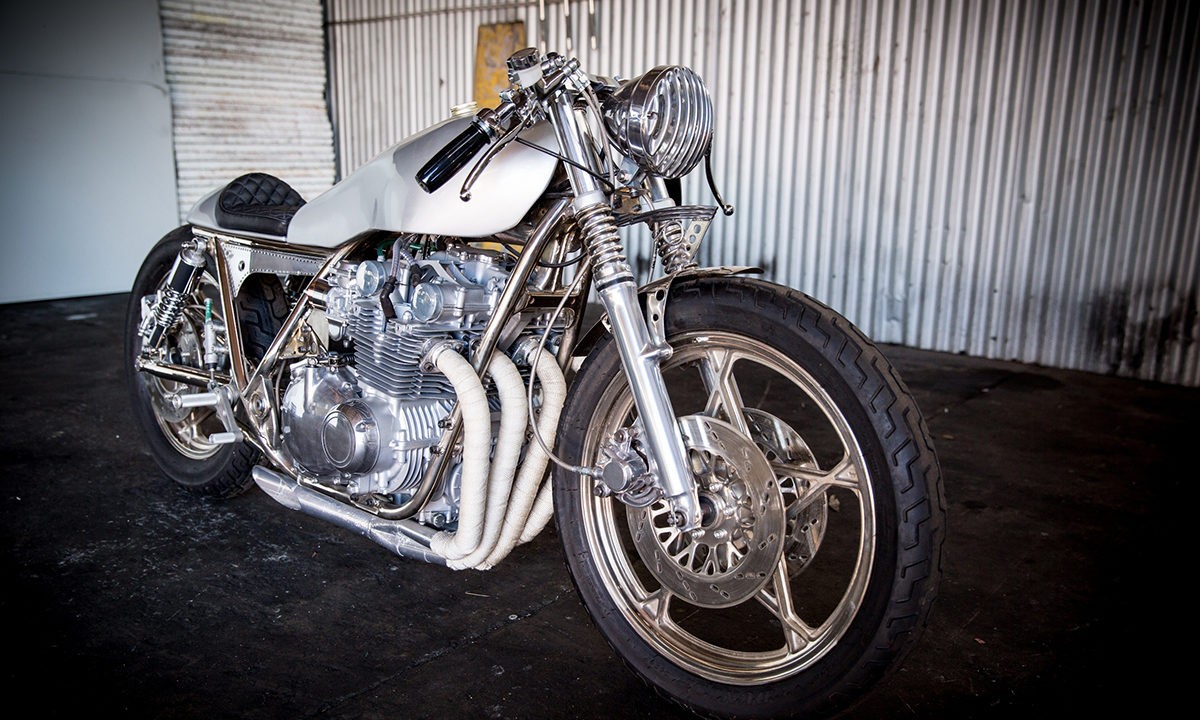 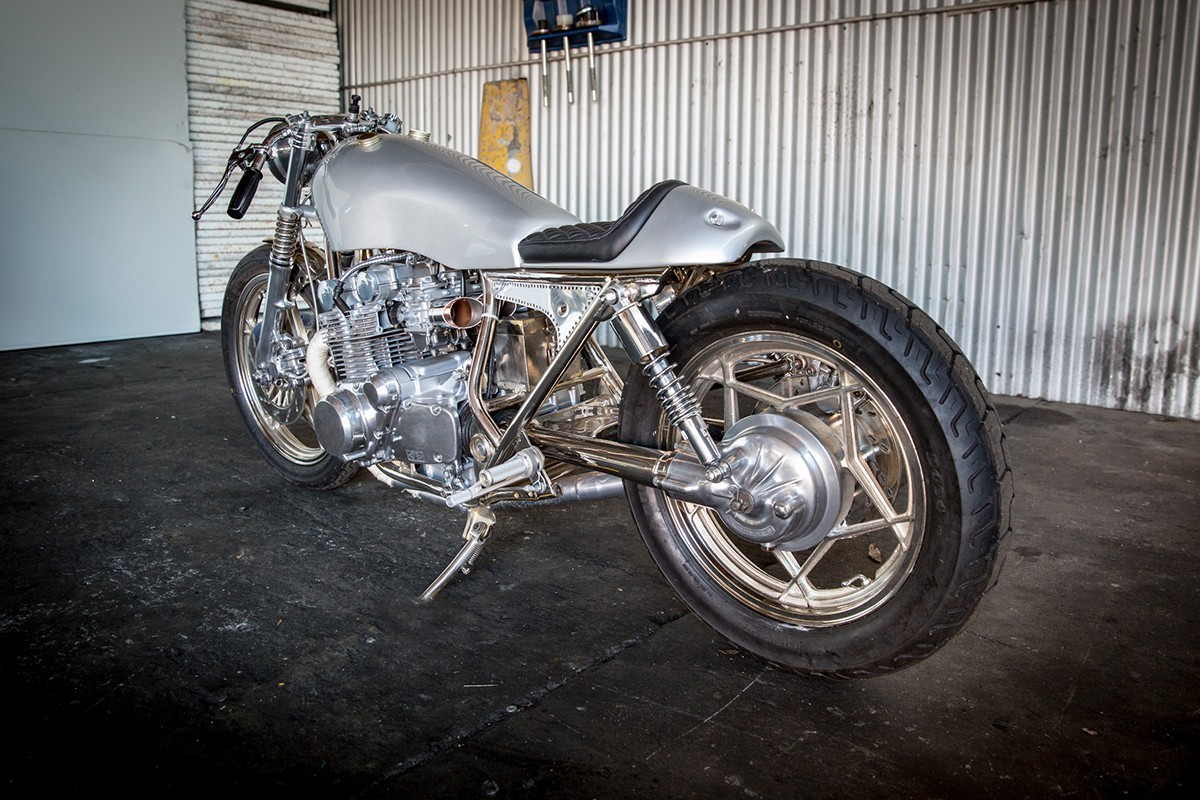