2018 Toyota Supra: Everything We Know

An icon among Japanese sports coupes will return very soon.

The Toyota Supra has earned legendary status in the United States since the vehicle's demise for the 1998 model year. Movies like the original The Fast and the Furious and video games like the Gran Turismo series have given the fourth generation of the sports coupe a legacy as a giant killer that was capable of insane power figures from its twin-turbo inline-six engine. Now, a return of the iconic name is on the imminent horizon. Here's everything we know about the revived Supra.

The Supra will be the halo vehicle in the Toyota brand's lineup – at least until the GR Super Sport hypercar arrives. Rumors of a Supra revival have been happening for years, but the genesis of the latest rebirth came from Toyota and BMW's January 2013 agreement to partner on a sports car platform. The rumor mill kicked into high gear a year later when Toyota debuted the FT-1 Concept (below, left) at the North American International Auto Show in Detroit, which looked like a perfect successor to the brand's iconic sports coupe.

At the 2018 Geneva Motor Show, Toyota finally put the constant rumors to a stop and officially confirmed that the new sports coupe was reviving the Supra name. Toyota finally showed off the production version under heavy camouflage at the Goodwood Festival of Speed (above, right) and announced that the model would be available with an inline six-cylinder engine – just like previous generations.

The Supra will debut at the North American International Auto Show in Detroit in January 2019. If you live in Europe, it's possible to reserve the new sports coupe right now.

We don't have to speculate much about what the Supra looks like after a recent leak of the parts guide and gigabytes of spy photos. It features the classic sports coupe proportions of having a long hood and short rear deck. The rounded, low-slung nose features three inlets in the front fascia, and cuts in the hood near the fender add an interesting flourish. There are two bubbles in the roof, and the liftback hatch has an integrated ducktail spoiler at the back.

Inside, the Supra features quite a bit of tech. There's a digital instrument cluster, and an infotainment screen sits next to it on the top of the center stack. A lot of the switches appear to come from the BMW parts bin, owing to this vehicle sharing a platform with the new BMW Z4. Toyota is also offering features like a head-up display and four available levels of power seats with increasing levels of adjustment.

Thanks to the recent parts guide leak, we know the engines available in the Supra but don't yet have confirmation of their power outputs. BMW's B48B20B 2.0-liter turbocharged four-cylinder will be in the base 20i trim, but this model won't be available in the United States. The entry-level powerplant in America will be the 30i trim with the B46B20B 2.0-liter turbo four-cylinder. Sitting at the top of the range, there will be the 40i with the B58B30C turbocharged inline six.

All of these engines will route through the GA8HP51Z transmission, which is a variant of ZF's 8HP eight-speed automatic gearbox. There's no indication of a manual being available, but rumors suggest it might arrive later in some markets.

There will also be a dedicated version for sports car racing (below, left). Plus, a bizarre looking version of the Supra will compete in the NASCAR Xfinity Series (below, right).

When will we see it?

After the debut in Detroit in January, Supra production could begin soon afterward. The Magna Steyr factory in Graz, Austria, is building the BMW Z4 starting in late 2018. Since the two models share the same platform, Magna Steyr is allegedly assembling the Supra, too. Accepting deposits in Europe already is further evidence that sales could start shortly after the launch – at least in some markets. 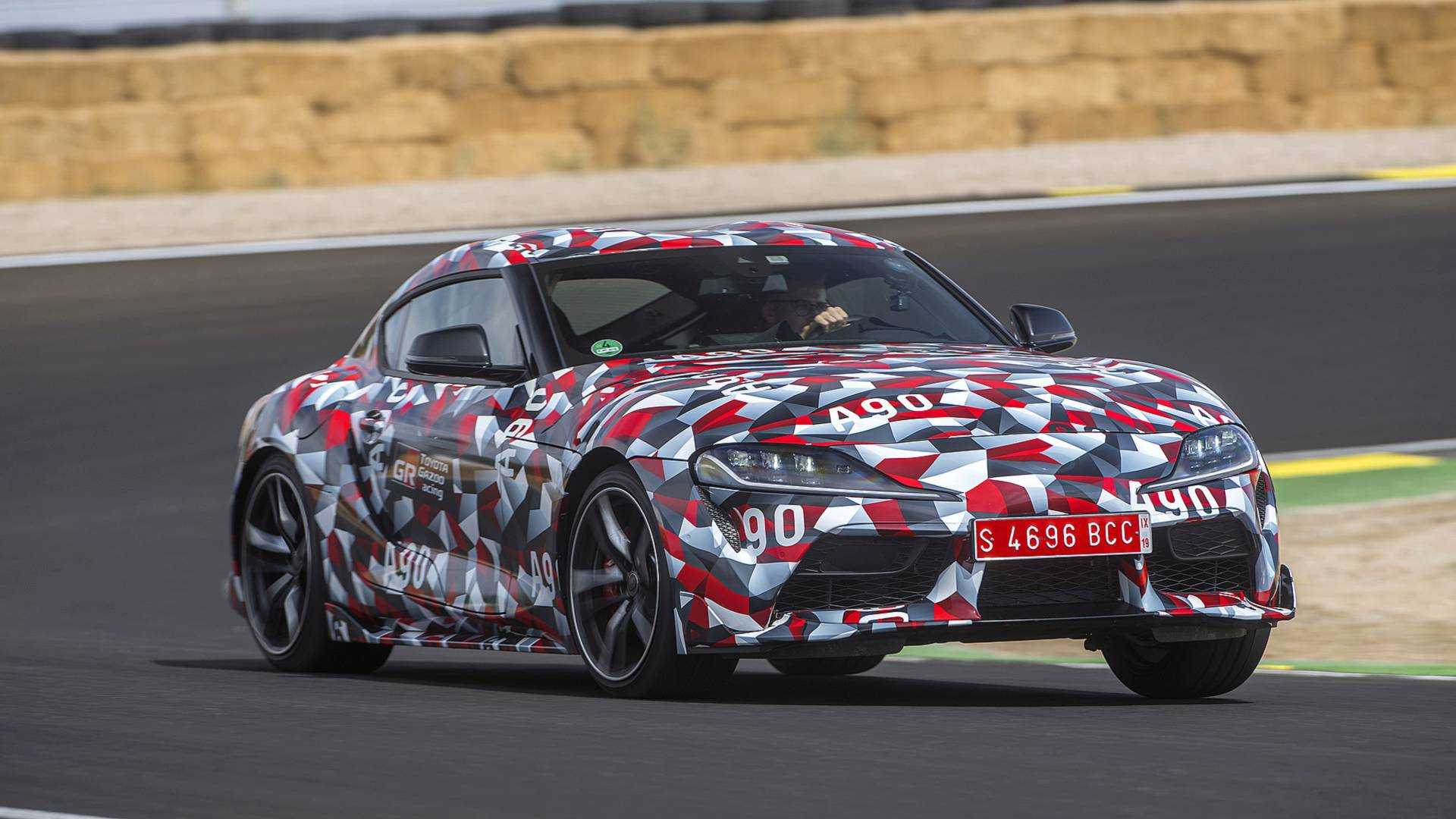 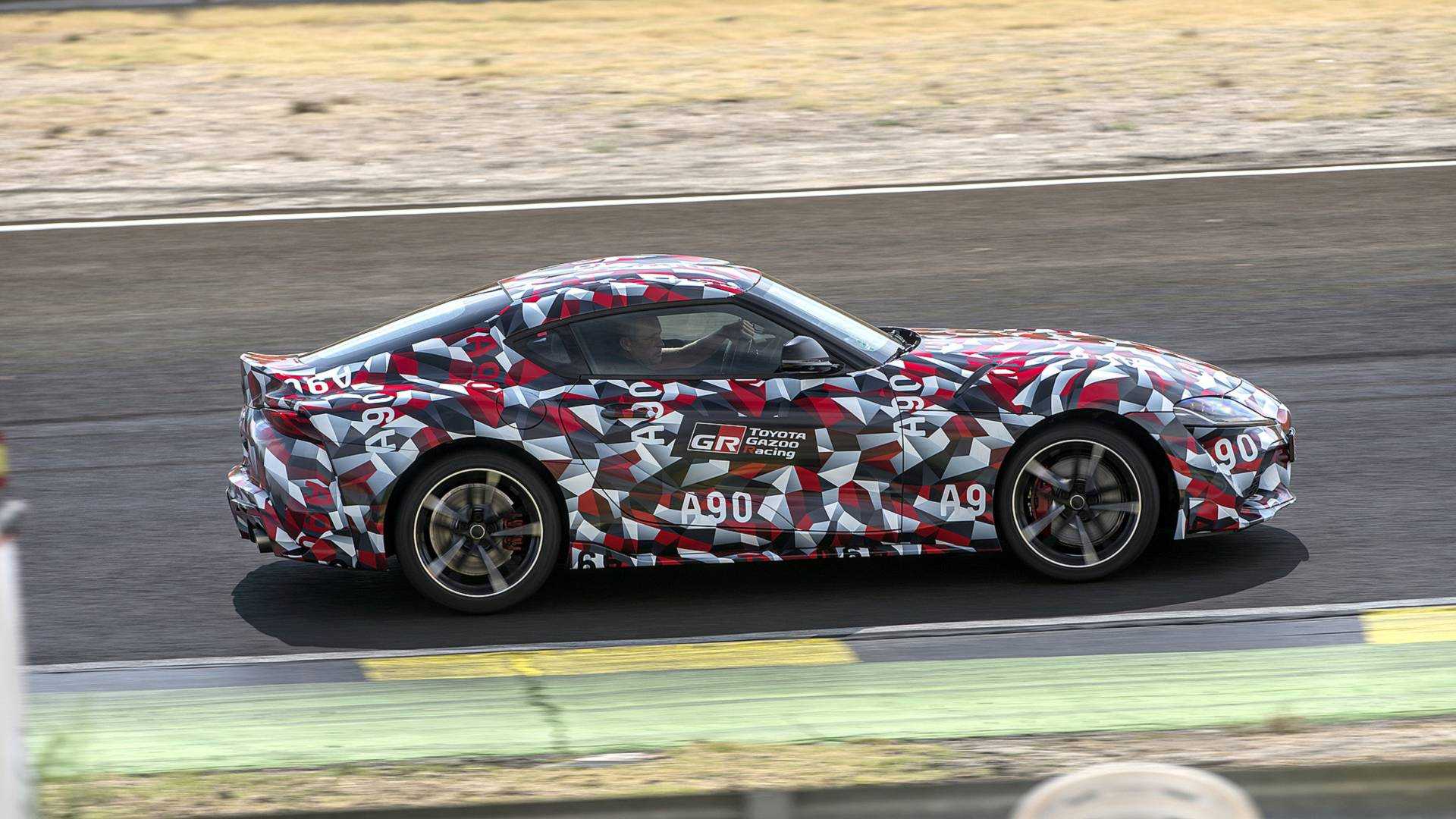 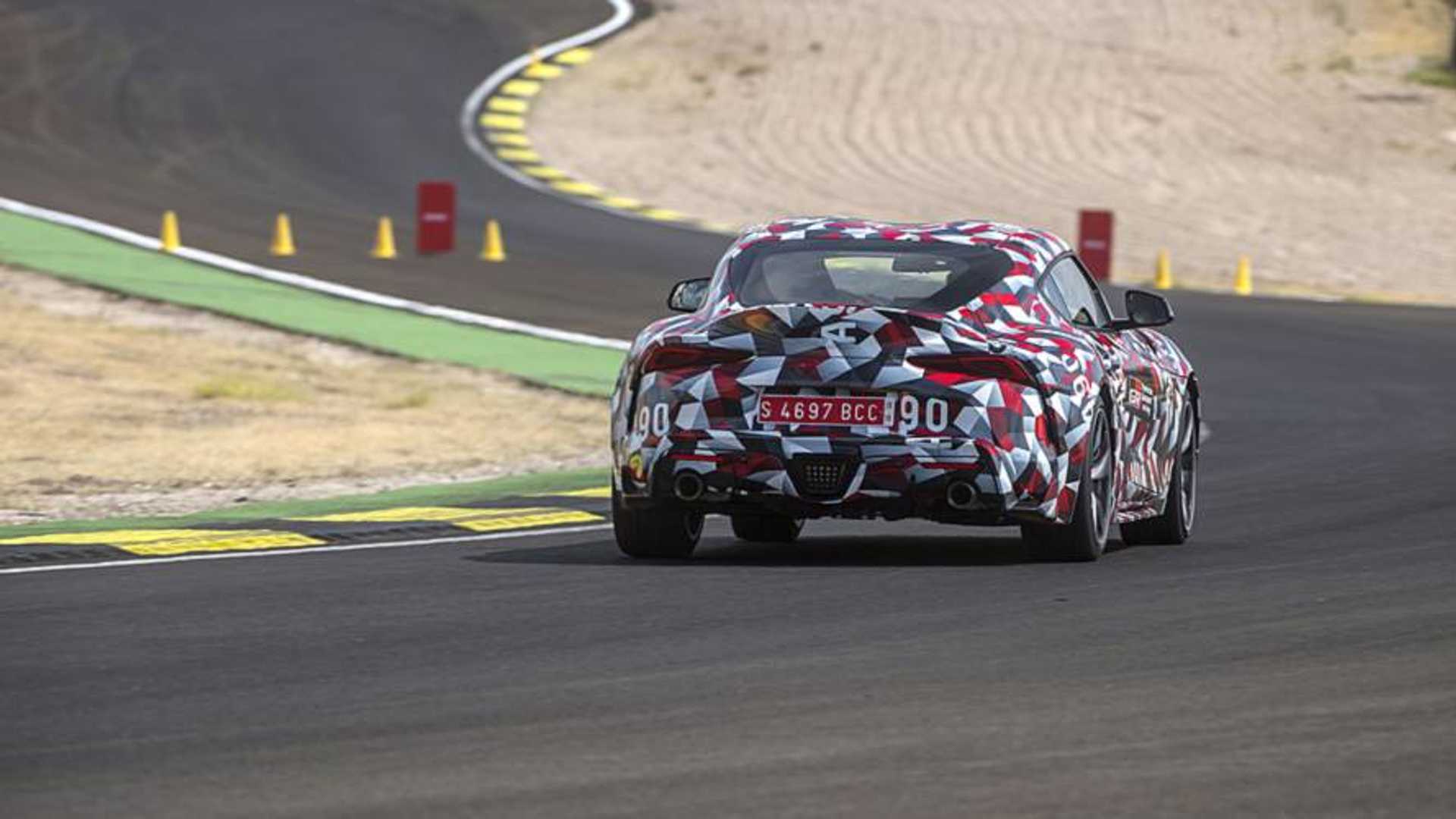