Go for the TRD Pro and you'll be able to order it in Lunar Rock.

One of the oldest SUVs in North America, the Sequoia has been on sale in its second-generation guise for nearly 13 years. Toyota is now attempting to freshen up its Tundra-based fullsize SUV without switching to the next generation through a special edition and a new paint color dubbed as being "out of this world." Really.

First things first – the Nightshade Edition. It was actually originally unveiled back in February at the Chicago Auto Show and now we know how much it costs. Go for the 4x2 model and you'll pay $60,120 whereas its 4x4 counterpart is $63,345. For your money's worth, Toyota takes the Sequoia in the fancier Limited trim and adds black exterior trim for a sinister look.

Customers can get the Sequoia Nightshade Edition in Midnight Black, Magnetic Gray, or Blizzard Pearl, with all featuring darkened chrome badging, fog light surrounds, lower grille, and body moldings. Inside, the special version of Toyota's body-on-frame SUV features black leather upholstery to round off the dark look.

Initially announced early July, the off-road-ready TRD Pro will eschew the Army Green paint for the 2021 model year to make room for Lunar Rock. Alternatively, the Sequoia in this trim level can be had in Midnight Black, Magnetic Gray, or Super White. Offered exclusively with 4x4, the TRD Pro kicks off from $64,225.

Available with up to eight seats depending on the trim level, the large SUV kicks off at $50,100 MSRP for the base model or $120 more than the previous model year. The most expensive of the lot remains the 4x4 Platinum available from $69,375.

If you'd rather get an all-new Sequoia, you might have to wait a while seeing as how a Toyota insider told us a while back the generation switch won't happen until 2022 for the 2023MY. Once again, the revamped SUV will stick to its Tundra roots, a pickup truck rumored to arrive in next-gen flavor towards the end of next year for the 2022MY. 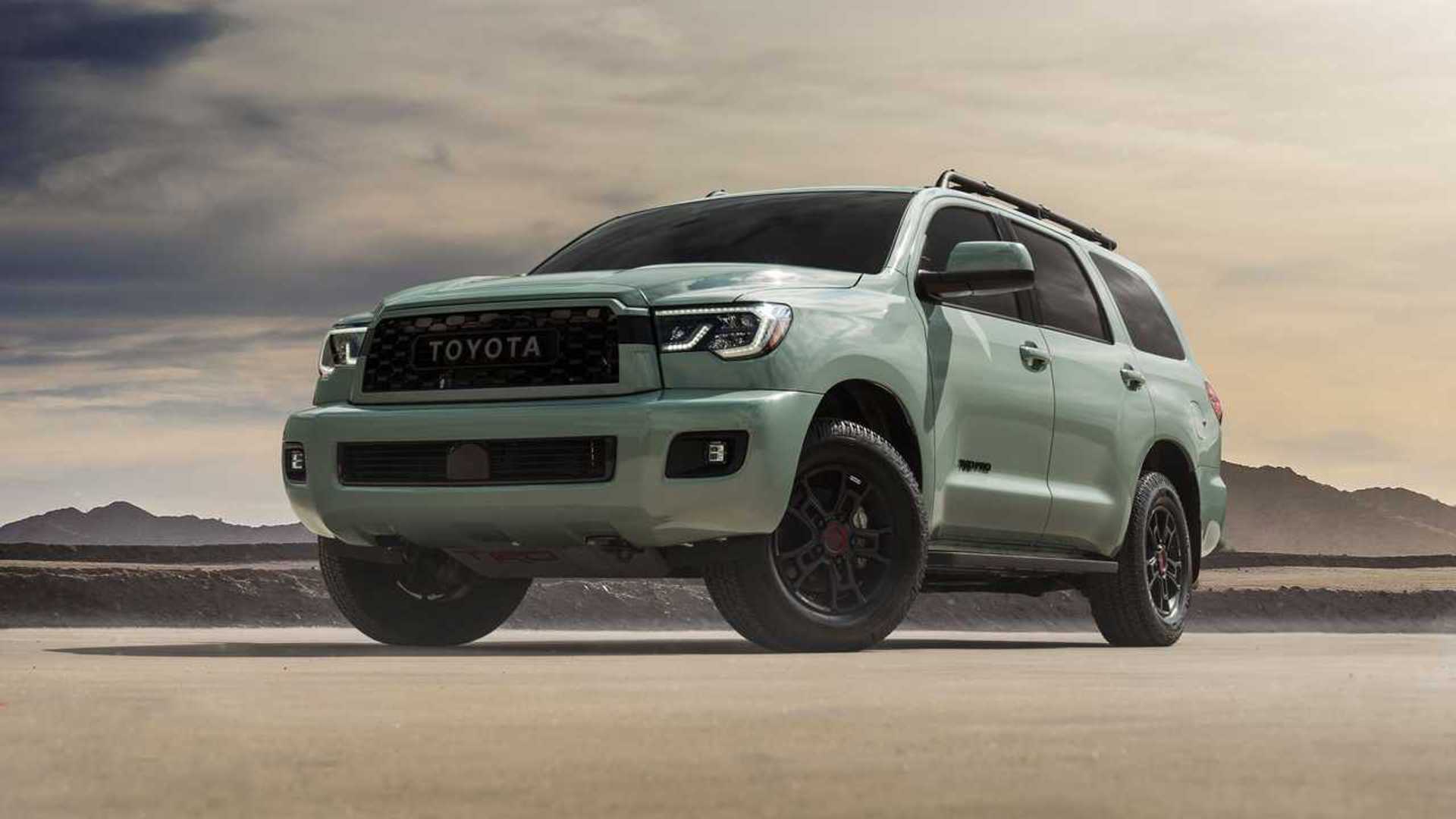