toyotaToyota Venza
It probably won't be available in the US, unfortunately.

About a month ago, Toyota lifted the veils off the 2021 Harrier for the Japanese market. Judging by Motor1.com readers' reactions and our internal site traffic data, the SUV was a mini sensation and the good news is just a few weeks later, the Japanese manufacturer released the US version of the model. The 2021 Venza will arrive in dealerships this summer but pricing is yet to be finalized.

Now, less than a week after the model was introduced for the United States, the Artisan Spirits tuning company is announcing a visual upgrade for it. The firm has released two initial renderings through its Facebook page that show the SUV for the Japanese market, but the Harrier and Venza basically share the same design.

The Harrier/Venza is already a good-looking machine and this subtle kit adds a touch of aggressiveness to the overall appearance. The most notable additions at the front include a new bumper splitter, as well as new shrouds around the small air intakes. Above that, the hood also seems to be modified.

It's a similar story at the back where there's a new aggressive diffuser plus a modified bumper. More importantly, there's a duo of new spoilers - one for the roof and a smaller one for the boot lid. The exhaust system, however, looks to be unchanged.

A quick look at the side reveals a set of new aftermarket wheels - maybe not everyone's cup of tea, but the new alloys give the Venza/Harrier a drastically sportier stance. The wheels are probably part of a suspension upgrade package that also seems to include lowering springs. Last but not least, the side skirts are new, too.

At this point, we can't confirm whether Artisan Spirits plans to sell the body kit outside Asia but we do believe that won't be the case. Most likely, the package will remain a Japan-only affair. No prices have been announced yet. 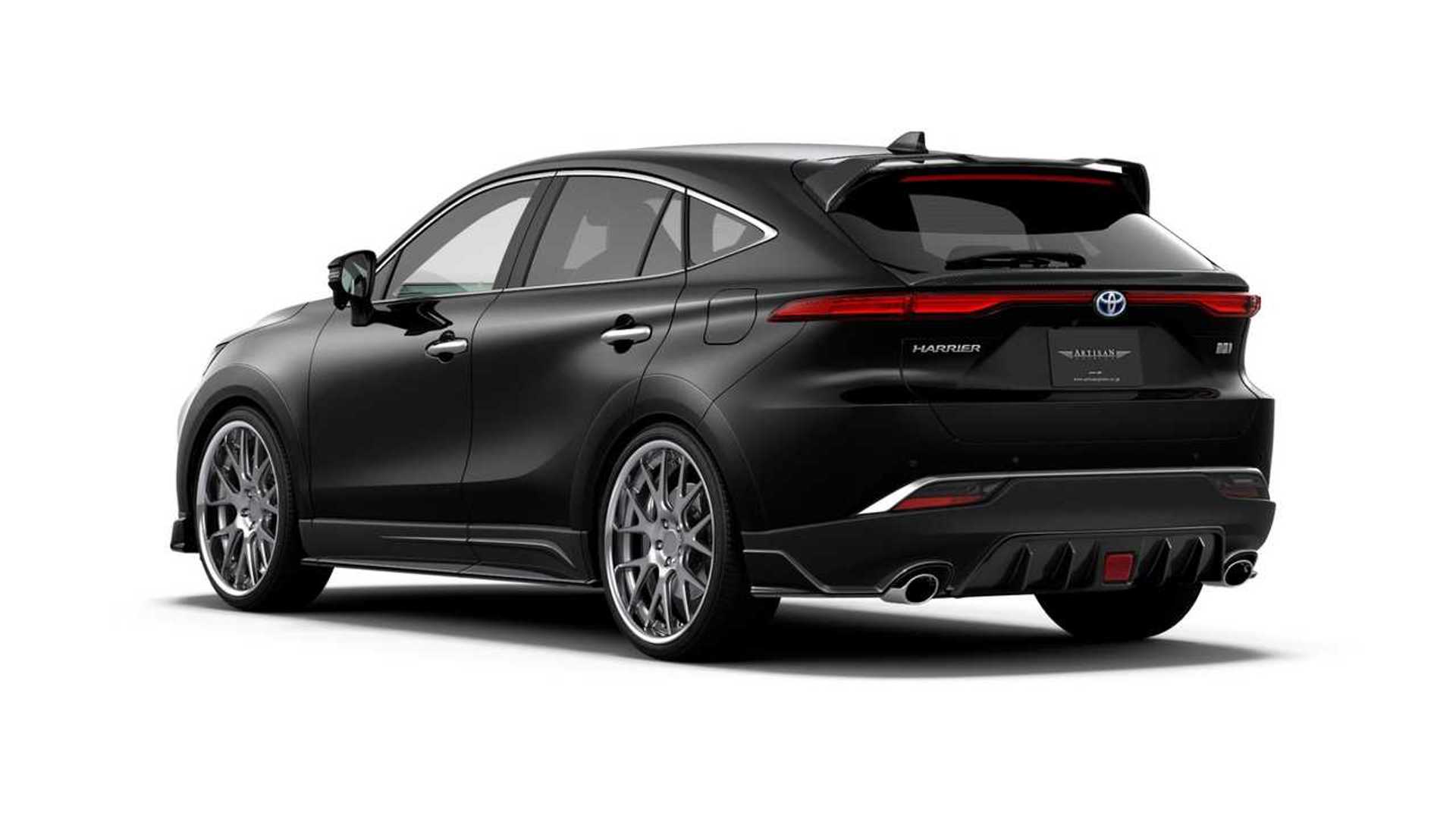