toyotaToyota Prius
It's lower, wider, and has a longer wheelbase than the current Prius. The overall length is shorter, though.

The fifth-generation Toyota Prius debuts in Europe several hours before the new model premieres in the United States. We can't yet be sure about the specs or features for the American market, but this unveiling provides a hint of what to expect.

In Europe, the new Prius is only available as a plug-in hybrid. The powertrain includes a 2.0-liter four-cylinder engine with a total system output of 220 horsepower. This is a 99-hp (74-kW) improvement over the current vehicle's electrically assisted 1.8-liter four-pot that makes 121 hp (90 kW).

The Prius plug-in in Europe has a 13.6-kilowatt-hour battery, versus the 8.8-kWh pack from the previous model. The unit is underneath the rear seats. Toyota's announcement says the range "is 50 percent greater than the current generation." This would suggest a 58.5-mile (94.15-kilometers) distance judging by the current 39-mile (63-km) figure in the UK.

The Prius plug-in will be available with an optional solar roof panel. The European-market model announcement doesn't mention whether this system would improve the vehicle's driving range.

Aesthetically, the new Prius looks familiar yet also has a fresh appearance. The design pushes the roof's apex farther back, which gives the car more of a coupe-like appearance. The altered proportions include lowering the height by 1.969 inches (50 millimeters) and stretching the wheelbase by the same amount. The overall length is 1.811 inches (46 millimeters) shorter. The width increases by 0.866 inches (22 millimeters).

Inside, the new Prius adopts the Island Architecture styling language with three areas: "surroundings," "driver module," and "floating instrument panel." The look is similar to the layout in the bZ4X crossover because the gauge display sticks up from the dashboard rather than having a shroud around it, like most modern vehicles.

The center stack consists of an infotainment display that emerges from the dash. The only physical control appears to be a knob at the lower right corner of the screen.

A pair of skinny vents separate the infotainment screen from the HVAC controls. It has buttons for controlling the seat temperature control and adjusting the cabin temperature. 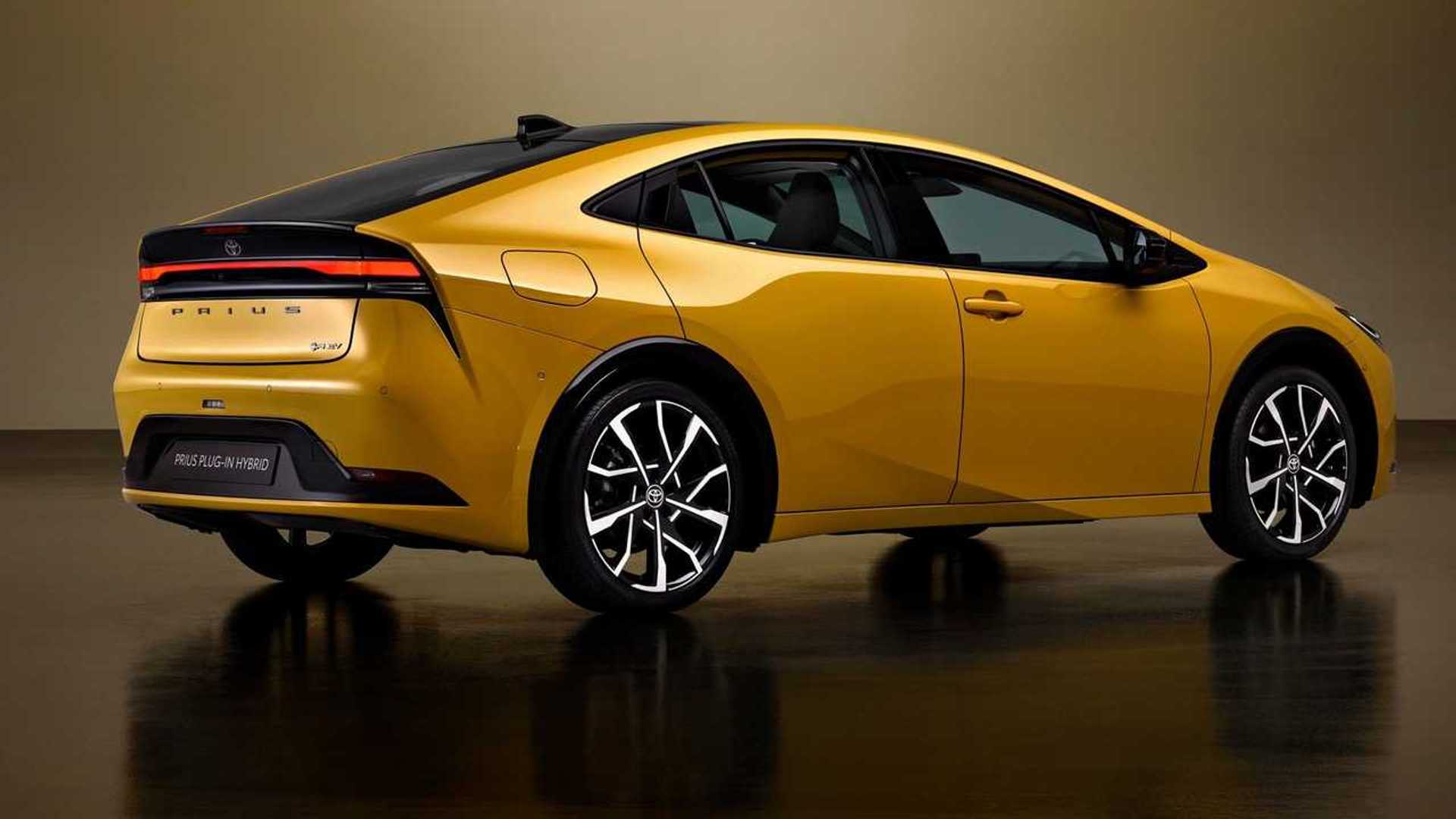 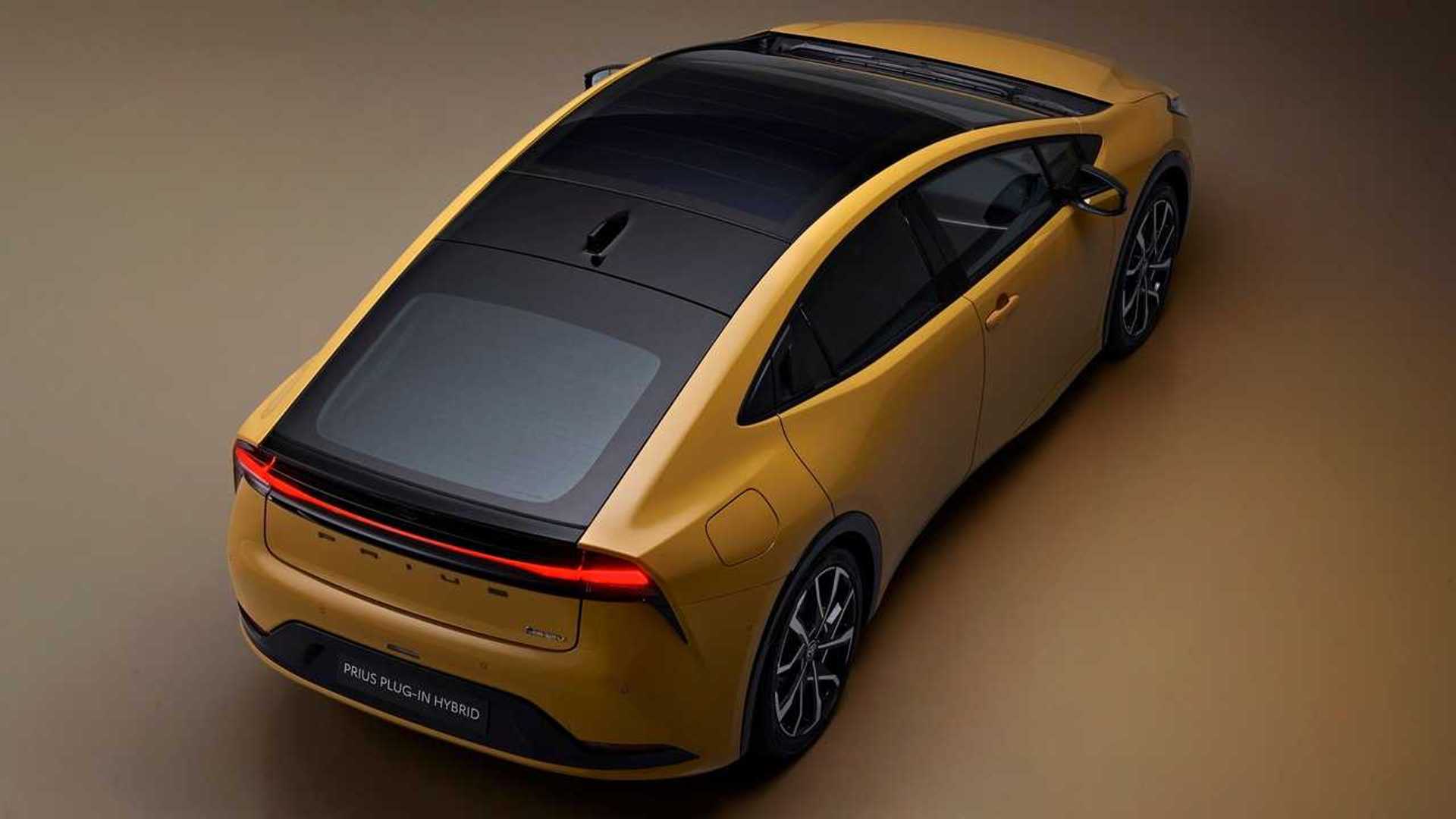