They can never come to life, except this Lamborghini Countach looks like something that guy painted, minus the rat, of course.

The whole idea of a Funny Car dragster is to combine insane speed with an exaggerated version of a car you know, so basically a cartoon. However, nobody expects the formula to be based on a Lamborghini.

Yes, this dragster is very real, and it dates back to an era before 3D renderings took over the internet. However, there's a problem with calling it a "real Lamborghini Countach."

There's not a lot from the actual Countach here, not to mention an oversized V8 peaking out though the hood looks like it was stolen from a locomotive. The 1980s-style body is stretched over a full space-frame chassis as you find on all the funny cars.

No Lamborghinis were chopped in the making of this dragster. In fact, that wouldn't even be safe in the event of a crash. The front end is quite convincing, but the proportions at the back are totally wrong for the Countach.

The machine was built at Thunder Race Cars in 2001. Two years after that, it was bought by the Australian Alf Sciacca, who ironically emigrated from Italy in the 60s. It got steadily more power over the years and is currently being driven by his son. 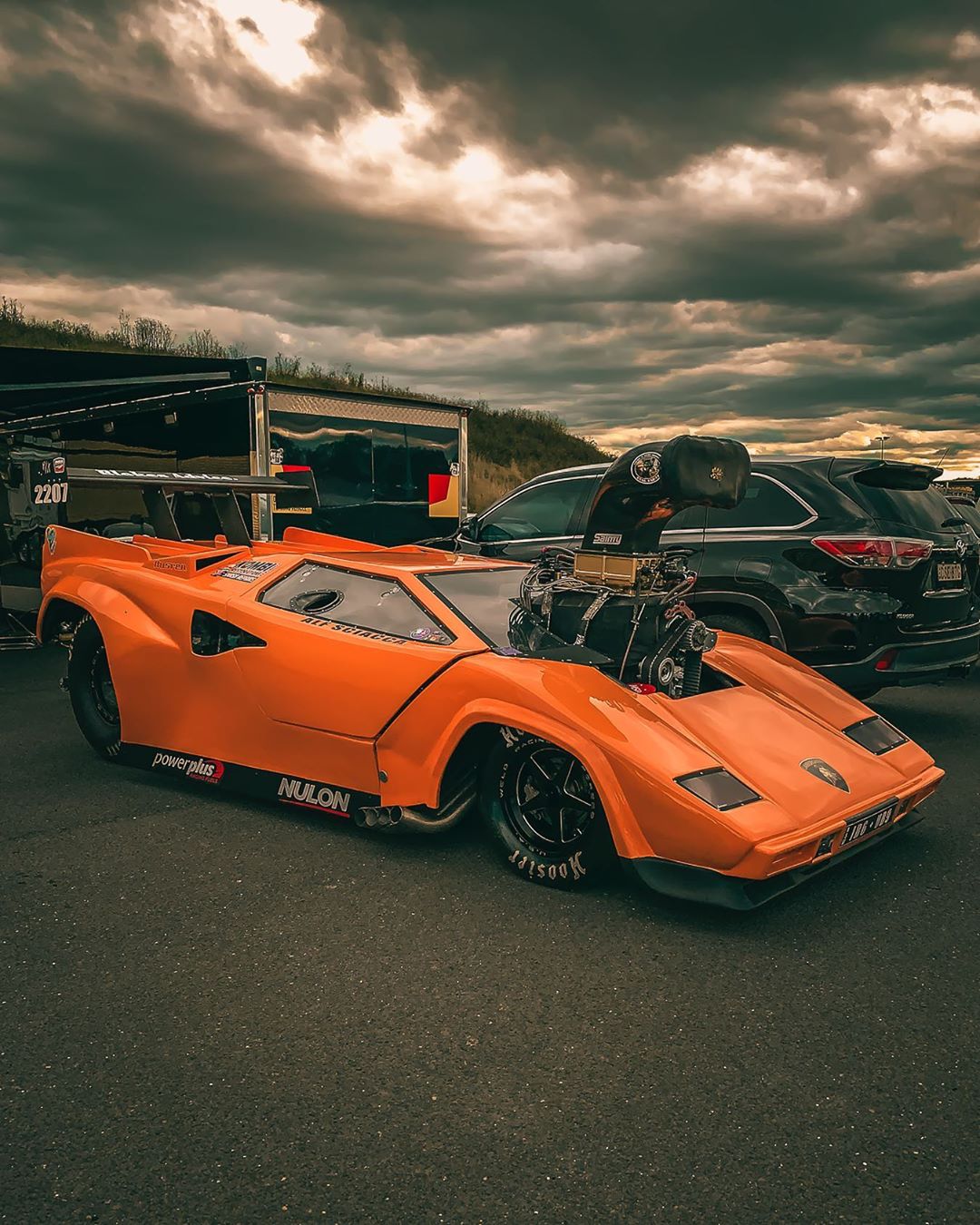