And it's headed towards the Goodwood Festival of Speed.

The decision of Toyota to end an almost two-decade hiatus of the Supra wasn't exclusively met with raves, especially by fans of the legendary sports car. Up until today, even months after it was launched, we could still hear people clamoring about its return with a good many scoffing at the idea of a BMW-powered Supra.

Well, we can't blame them. The flexibility and greatness of the 2JZ-GTE were hard to replace, and the collaboration for an iconic sports car wasn't a route that automakers would gladly take. It's a bitter pill that's hard to swallow, and there's a good reason for that.

Then, there's this – the HKS Toyota Supra Drift car. Now, before you sneer at the idea of a widebody tire-burner, let it be known that this Supra is powered by a 2JZ-GTE that's boosted by an HKS GTIII-4R. The resulting output? A whopping 700 metric horses or 690 horsepower. That's twice as much as the engine output of the GR Supra.

So, what gives? The HKS Toyota Supra Drift car is a collaboration between HKS and Toyota Motor Corporation to bring a version of the iconic sports car that can do full-fledged drifting. Armed with HKS turbo and suspension setup, Advan wheels and tires, and 620 pound-feet (884 Newton-meters) of torque, this one-off Supra is headed towards the Goodwood Festival of Speed with Nobuteru Taniguchi at its helm.

The Goodwood Festival of Speed is set to happen on July 4-9, 2019 at the United Kingdom Goodwood Motor Circuit. If you happen to be in that area, you might want to drop by to see this Toyota Supra Drift car in the metal. 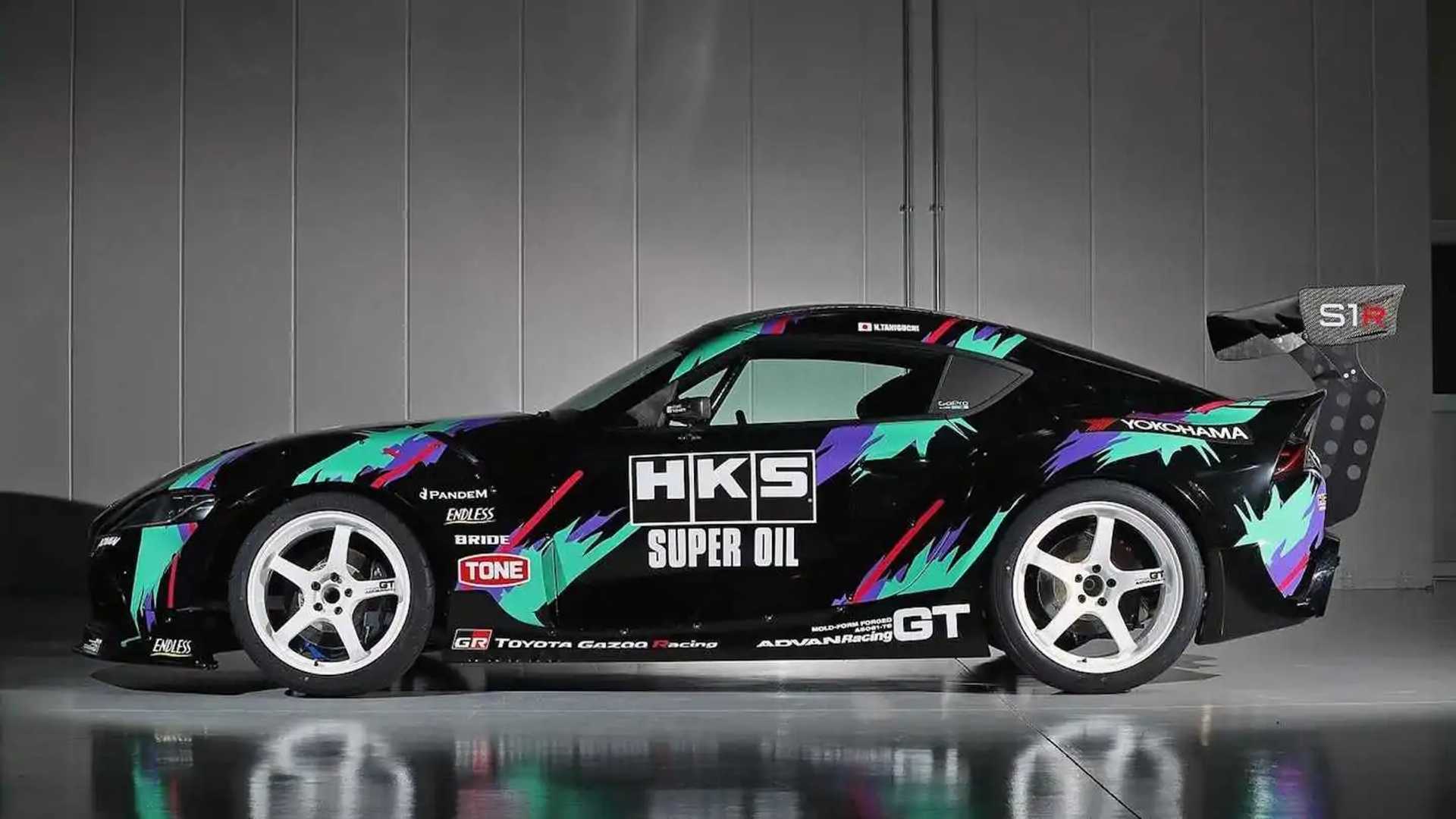