Upmarket dealer celebrates 70 years of Ferrari with 70 of Italy's finest.

Traffic was brought to a standstill in the capital city as a stream of Italian exotica arrived outside the RAC Club in Pall Mall in an unprecedented display of expensive machinery.

Cars were briefly held up by Queen Elizabeth as she visited nearby Canada House, raising a gloved white hand to wave at passers-by as she swept past the exhibition in her chauffeured limo. Clearly a fan.

Ferraris on display include the front-engined 550, the LaFerrari Aperta, GTC4 Lusso, F12 and what could be every 458 Italia sold in the country.

The sports cars seem to come in whatever colour you like as long as it's Rosso Corsa, with a few notable exceptions.

The undoubted star of the show was an ultra-rare Zagato Ferrari 550 GTZ Barchetta – secrecy has shrouded the car since its initial build back in 2008. No one knows how much it cost or even how many there actually are (three, allegedly, although Zagato has never confirmed).

The proceedings finished with a quick picture with all of the 70 drivers and their passengers, followed by a quick drive to an unknown location. Some drivers got a little rap on the knuckles from event organisers and they engaged in a spot of engine-revving one-upmanship waiting for traffic to clear. 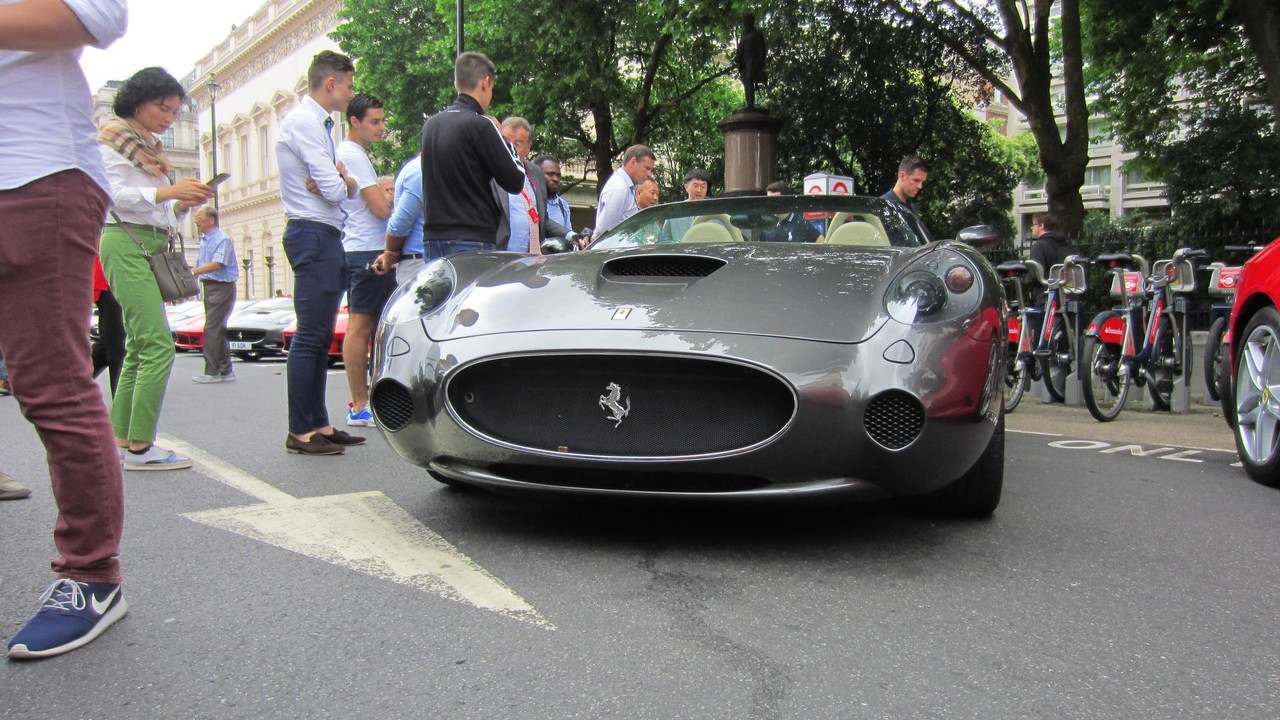 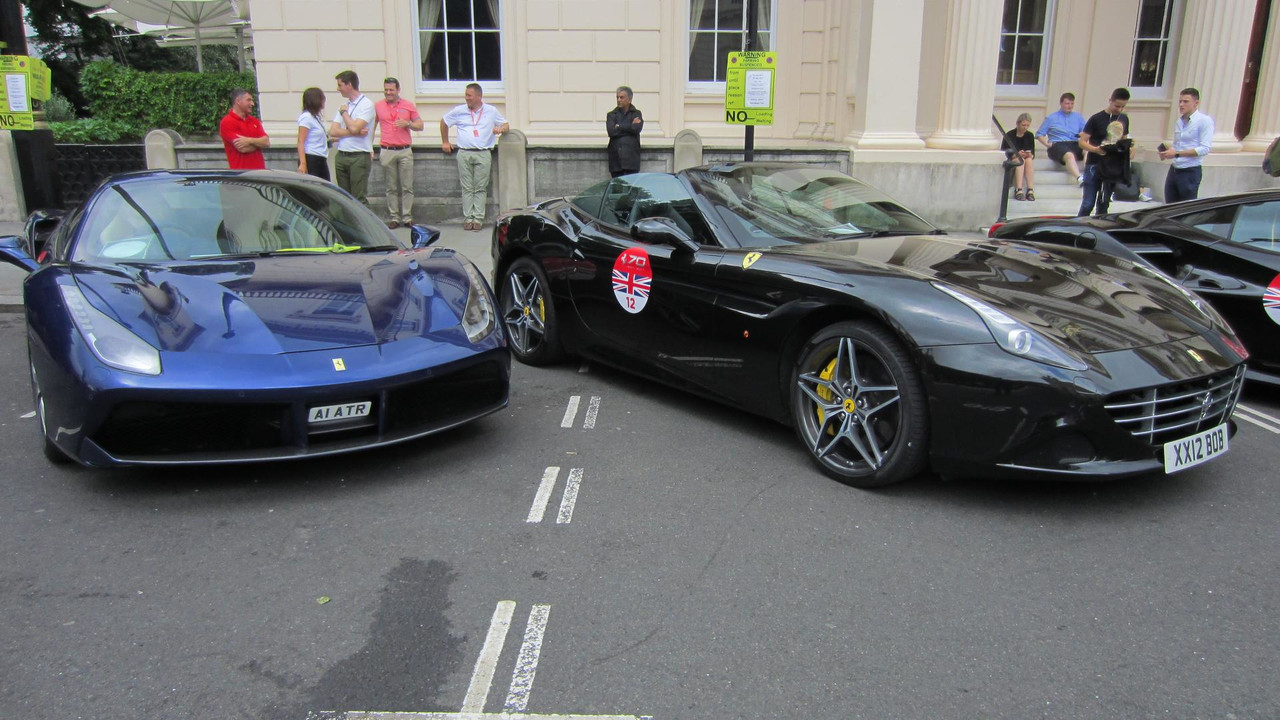 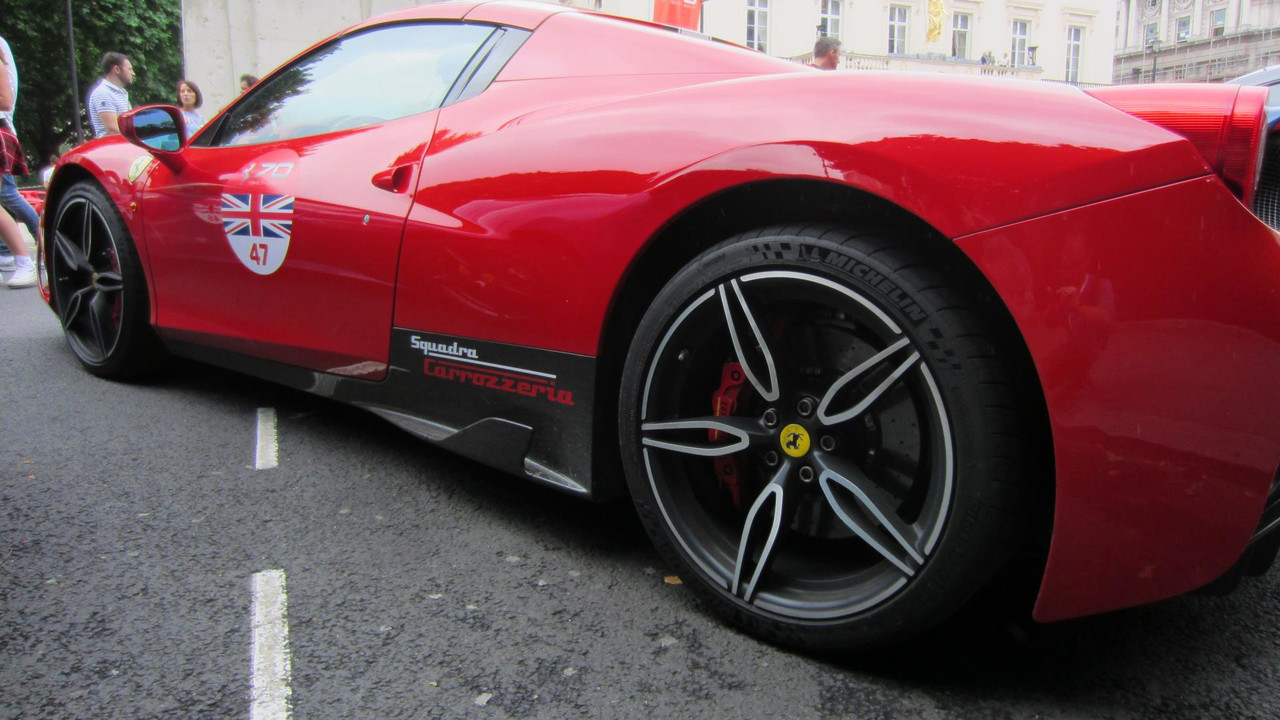 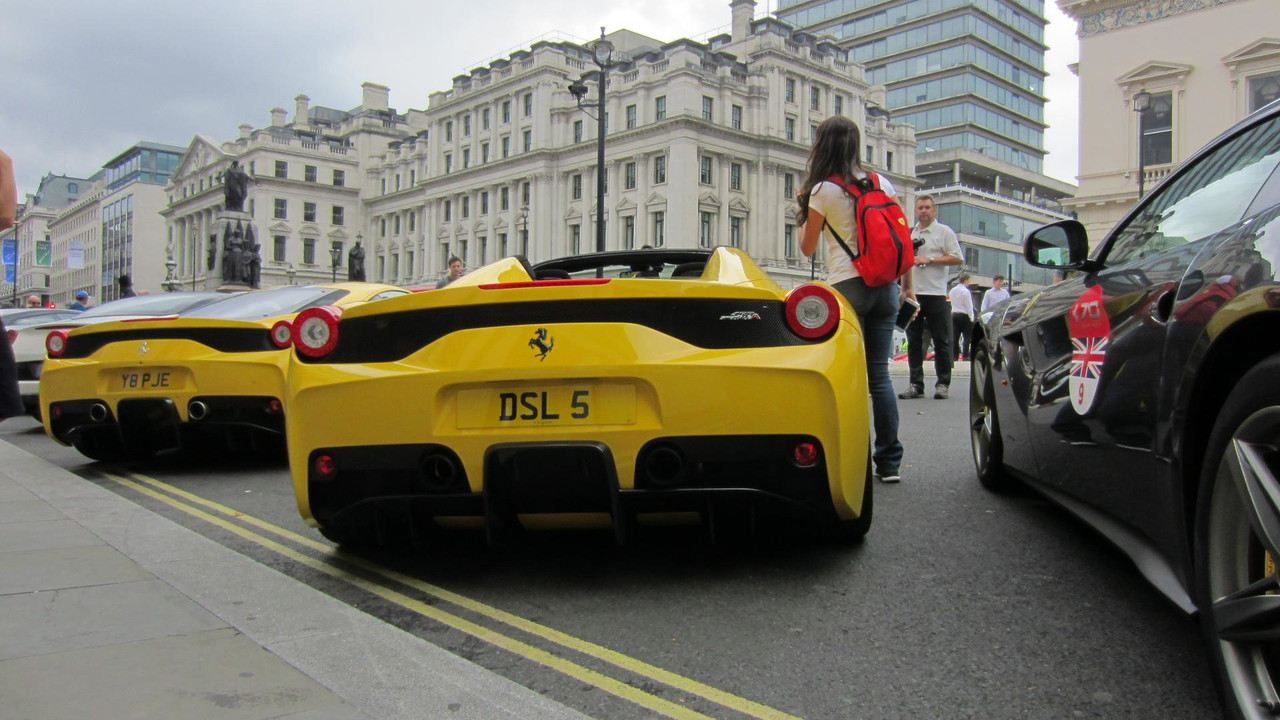 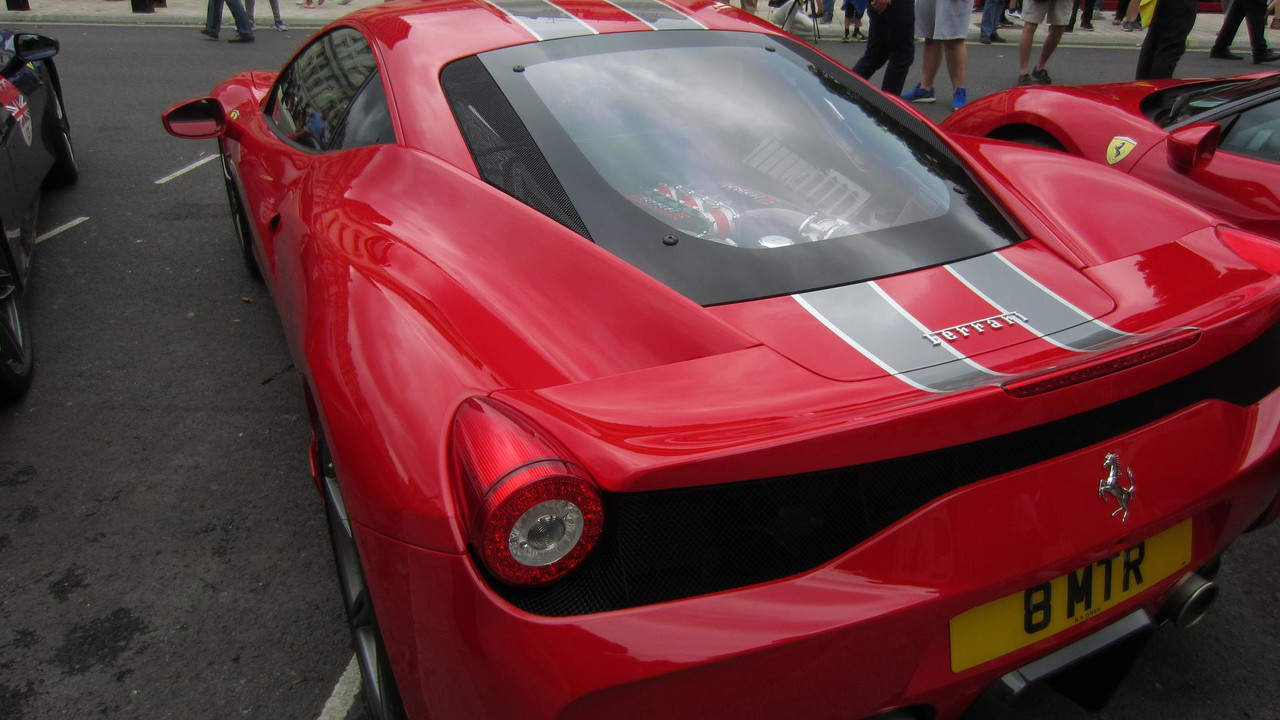