Crowd Laughs as Policewomen Push Lamborghini After Breaking Down Outside Harrods Of all the places to have your car break down, this dude got only the most exclusive street in London, UK.

The owner of a Lamborghini Aventador had to be pushed, car and all, past the double red lines by police.

And the sight made for the delight of everyone present, the Metro reports. The car in question is a white 2012 Aventador with barely 7,000 miles on the clock, but the owner could no longer get it started as he tried to leave the Harrods department store in the Knightsbridge neighborhood.

So 2 policemen and one eager passer-by rushed to help, pushing the $400,000 car about 330 feet, away from the double red lines. One eyewitness tells the media outlet that the driver was so embarrassed that he stayed inside while the 2 women and the chubby dude pushed his car down the street, as the crowd roared with laughter.

The irony wasn't lost on onlookers. That street in particular is famous for the way supercar owners show off their newest acquisitions, revving up the engines as they drive impossibly slow. To see one being pushed away – still impossibly slowly – without the roar of the engine was a true delight. Christmas came early.

"The driver was very embarrassed. He didn't get out of the car, but I could see him through the windscreen with his head in his hands," says the eyewitness. "It's a very busy part of London, so they drive at about five miles-an-hour, but with their engines revved up to the max. It drives everybody in the area nuts."

"And this car, which it turns out has only got 7,000 miles on the clock, just stopped right outside Harrods," the eyewitness continues. "Everybody could see the irony of the situation – there were howls of laughter. We have all these expensive supercars that drive around Knightsbridge and Mayfair at horrible speeds, making a lot of noise, at all hours of the day and night."

According to the same source, who refused to go on the record with their name, the policewomen didn't join in on the fun. In fact, they were very "noble" while they were helping out the stranded driver. Serve and protect, with an emphasis on the former, right?

The Metro says the car was registered in September 2012 and has been with the current owner since June 2018. It's up to date with taxes, has 6,770 miles on the odometer and passed MOT in May. 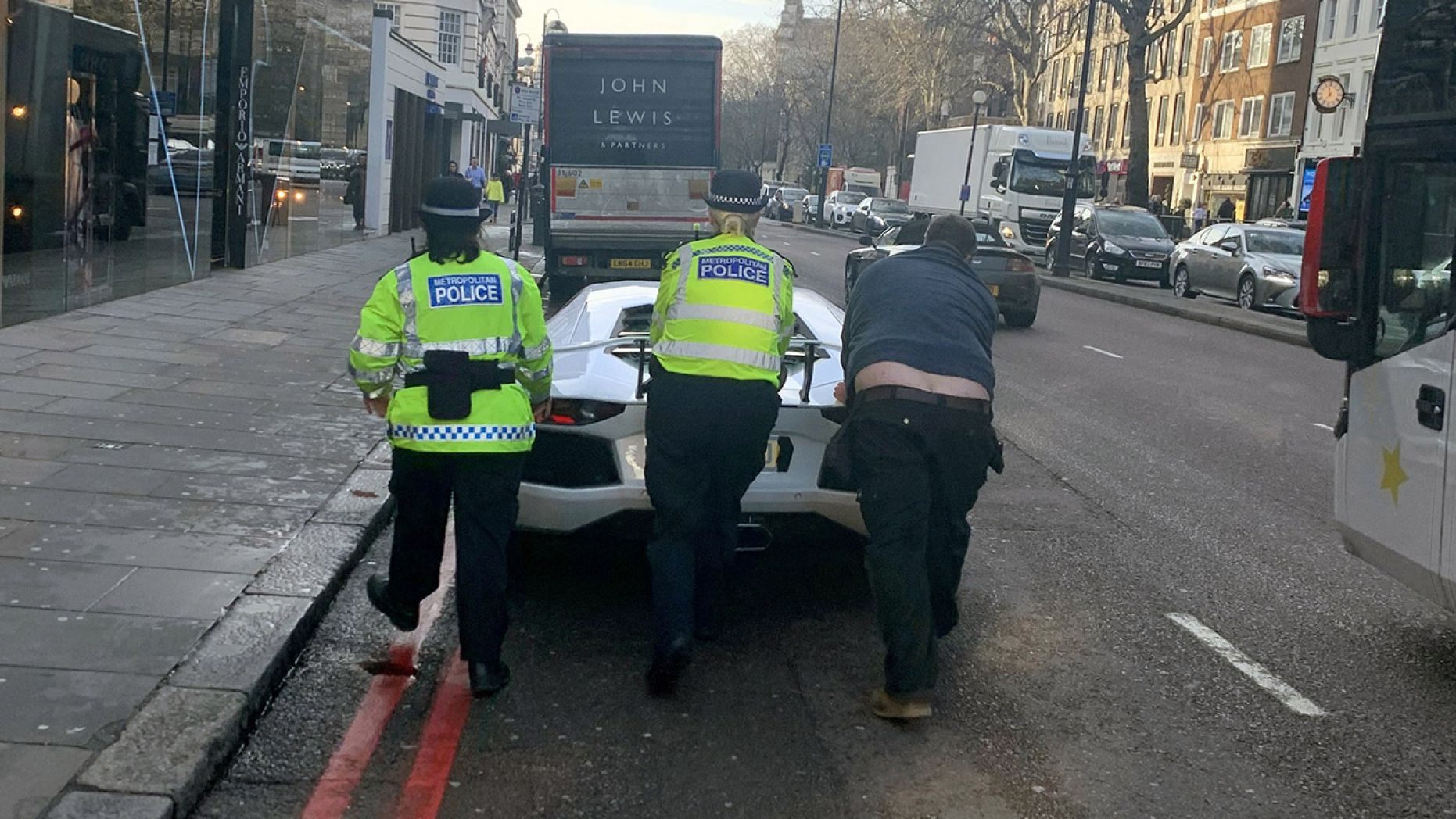