Think of it as the RS1 that Audi will probably never build.

The A1 Sportback is far from being the most interesting car in Audi's lineup, and even though it's much more sophisticated than its predecessor, to become truly exciting it needs a hot hatch version. The Four Rings have decided against making an S1, let alone an RS1, but ABT has fixed this problem with two modified versions of the supermini – one you can buy and the other only a unique project to showcase the tuner's potential.

Suitably called "One of One," this tiny Audi on steroids backs up the wild exterior with some serious power underneath the vented hood where it has dropped the 197-horsepower 2.0-liter turbo engine for the TT race car's mill. It has been further tuned by ABT to deliver a meaty 400 hp, and that aggressive soundtrack you're hearing is courtesy of a straight-pipe exhaust system with dual 114-mm tips finished in carbon.

Our friend Auditography spent some time with the little monster and its 19-inch wheels featuring internally mounted golden aero rings. The fancy shoes are wrapped in Michelin Pilot Sport Cup 2 265/30 R19 tires that have a red wall to complement the two-tone bodywork. From the massive front splitter and overfenders to the rear wing and huge diffuser, this one-off vehicle is wilder than Audi's own limited-edition A1 Quattro from 2011.

Stepping inside the cabin, you'll find a roll cage where the back seats would be in a standard A1 Sportback, which is why it makes sense that ABT covered the rear door handles. The cabin with its custom body-hugging seats has been bathed in Alcantara with a touch of carbon fiber to spruce things up furthermore.

It probably doesn't make a lot of sense to introduce such a comprehensive aftermarket package for the A1 Sportback as it would likely end up being more expensive than the new RS3 Sportback we recently spotted. Nevertheless, we're glad to see someone took the time and effort to build this insane car and show what we'd have in an ideal world – more hot hatches and fewer SUVs. 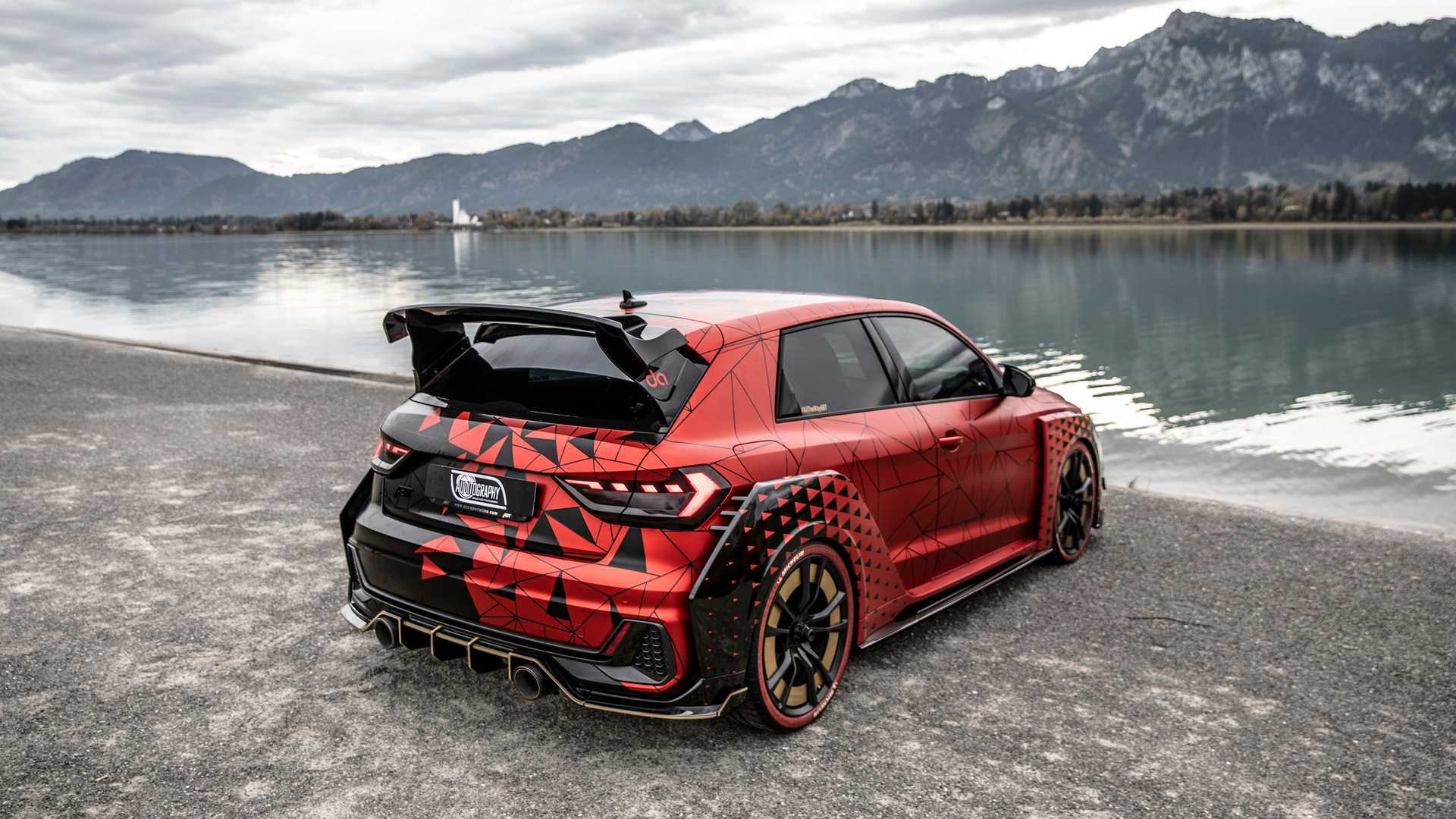 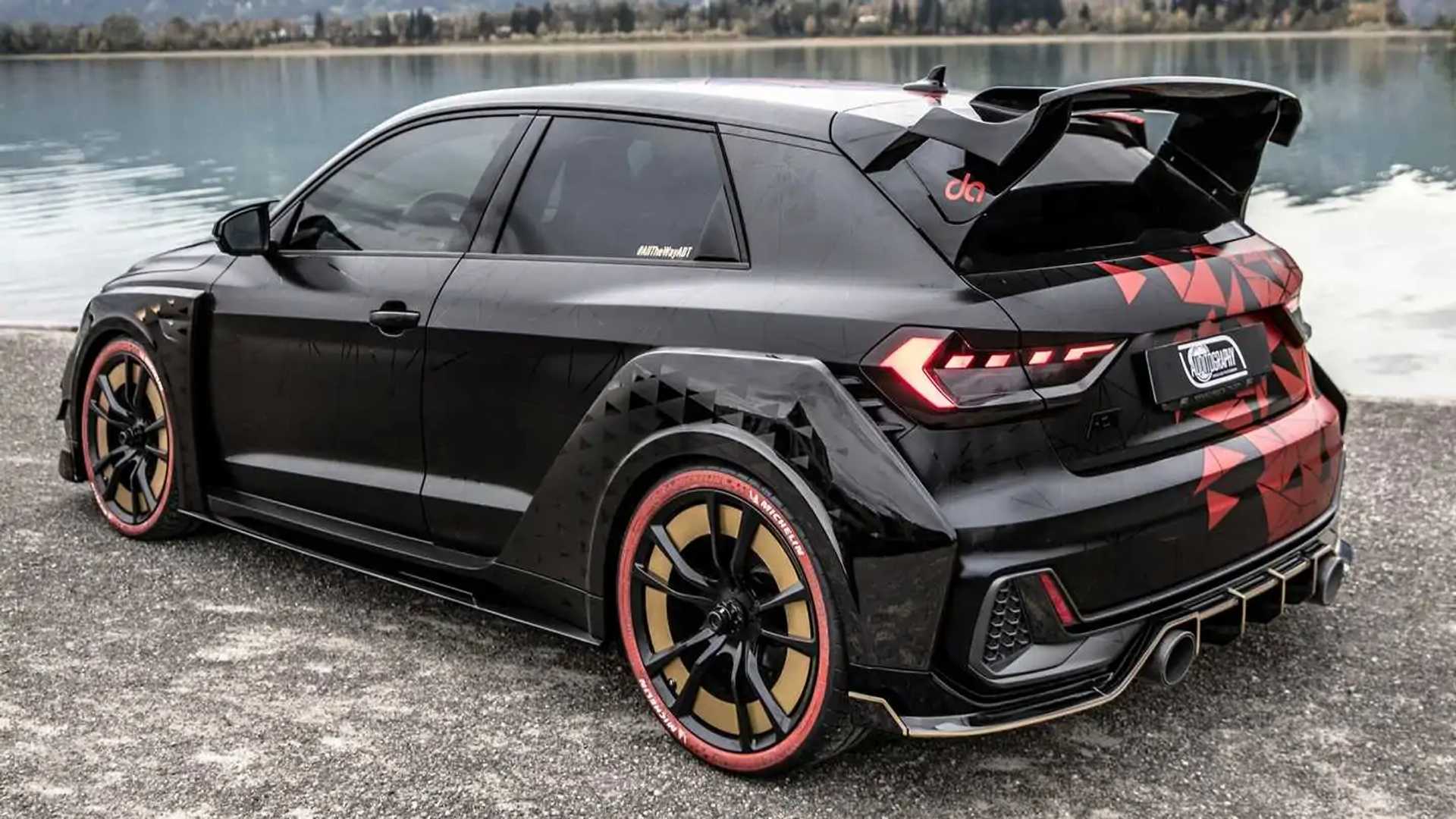