In a development cycle that doesn't seem to end, new spy photos reveal camouflaged examples of the BMW Z4 and Toyota Supra enduring even more testing.We welcome any opportunity to see this pair together, though, especially in photos as good as these.

This Z4 features a completely different front fascia and shinier grille mesh than the test mule in spy shots from just a few days ago. The changes make an already attractive vehicle look even better because the additional cuts and strakes give this roadster a more aggressive face than the previous one (below).

The Z4 also has production-spec headlights but camouflage hides the upper corners of them. The units look a lot like the ones on the Z4 Concept, except for rounder edges.

BMW's camouflage hides most of the design details along the side of the Z4. Looking closely, there are a pair of creases that start just behind the front fender and run up the profile. They create a scalloped area in which the door handle sits.

These shots provide a fantastic opportunity to get a good look at the rear end of Z4 and Supra side by side. The BMW is the more understated member of the pair. It features simple, L-shaped LED taillights and trapezoidal exhaust tips. The most aggressive details are the big, vertical outlets behind each wheel.

Conversely, the Supra features a far more adventurous design approach. A double-bubble roof gives way to rear glass that tapers inward, which accentuates the wide fenders. A massive ducktail spoiler sits on the rear. Two big, circular exhausts emerge from the bottom of the bumper.

The Z4 and Supra should finally debut sometime in 2018. Current reports indicate the Toyota might arrive at the Geneva Motor Show in March, and the BMW would come later. 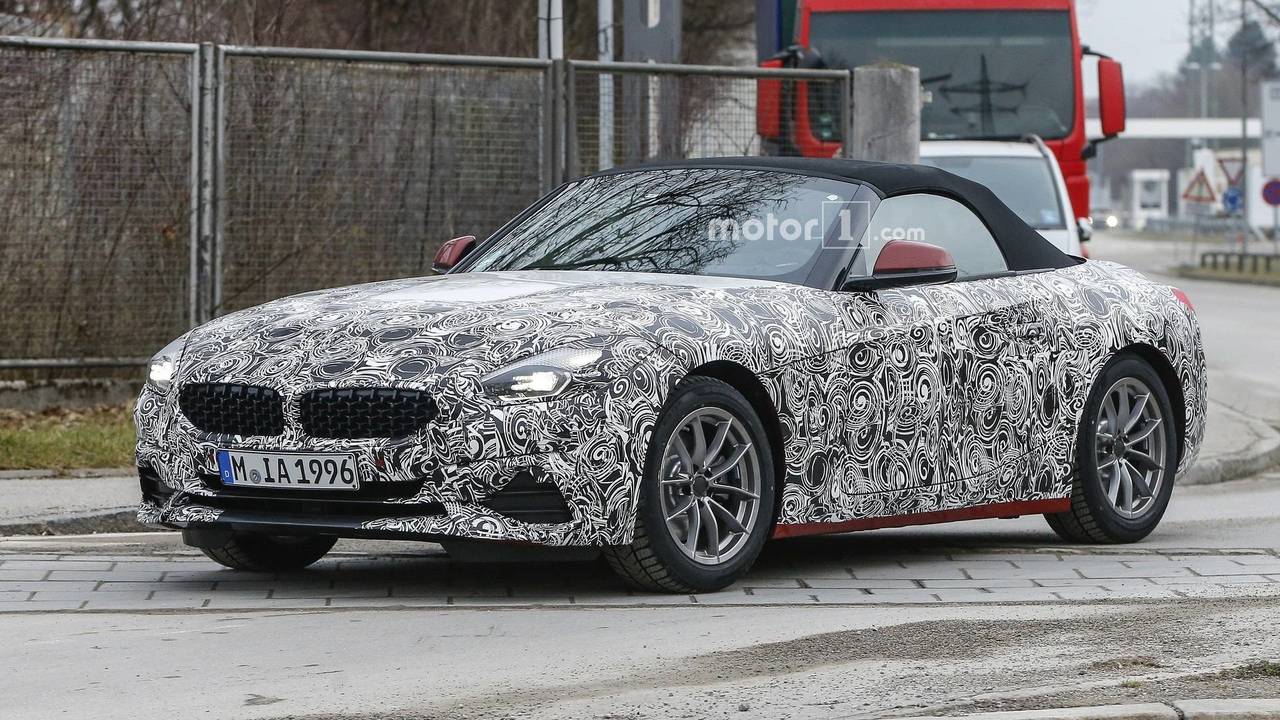