bugattiBugatti Chironbugatti veyronDubaisupercars
For most car people, seeing a single supercar driving down the road is a rare treat. As such, we can’t imagine what bystanders must have been thinking when this trio – the Bugatti EB110 Super Sport, Veyron 16.4 Super Sport, and Chiron – blew past.

Bugatti calls the grouping the "Holy Trinity" of its modern supercar lineup, and while they each come from a different decade, there's no denying the similarities. For example, all boast four turbochargers, carbon-intensive monocoque construction, all-wheel drive, and contemporary record-breaking performance.

Backing each of them up is the stunning scenery of the United Arab Emirates, including the Yas Marina Circuit and the city of Dubai. The locations provide the perfect foil to these incredible pieces of machinery.

Bugatti EB110 Super Sport
The EB110 took its first public bow on September 15, 1991, the 110th anniversary of the birth of company founder Ettore Bugatti (hence the car's name). It arrived packing a 3.5-liter V12 engine sitting in the middle, boosted by four turbochargers to produce 553 horsepower (412 kilowatts) and 451 lb-ft (611 newton-meters). While its Veyron successor practically doubles those numbers, for 1991 that was a lot of power; the Ferrari F40 only produced 471 ponies, while the Lamborghini Diablo made 485.

However, the model shown here is no mere EB110. No, this is the Super Sport, a highly strung version of the car that was introduced six months later. Using the same V12 engine, the Super Sport is tuned to produce 603 hp (450 kW) and 479 lb-ft (650 Nm). The high-po EB110 also received carbon fiber body panels to match the standard car's carbon monocoque chassis, lightening it by 330 pounds (150 kilograms) and enabling a 0-60 sprint of 3.2 seconds and a top speed in excess of 220 mph. The 1993 EB110 Super Sport was the fastest production car in the world when it was introduced, a record that will feel familiar to modern Bugatti owners.

Bugatti Veyron 16.4 Super Sport
With no disrespect to its forebear, the Veyron 16.4 absolutely obliterated the EB110's performance numbers when it arrived in 2005. Still using quad turbos and all-wheel drive, the Veyron applied them to a massive 8.0-liter W16 engine, and output jumped to 987 hp (736 kW) and 922 lb-ft (1,250 Nm). Five years later, the Veyron Super Sport arrived, featuring smoother aerodynamics and a retuned engine now making 1,184 hp (883 kW) and 1,106 lb-ft (1,500 Nm). Top speed moved up as well, to 258 mph with a limiter or 268 mph unleashed. The Super Sport was the world's fastest production car at the time. Sounds familiar.

This particular Chiron is a 2017 model, but an even higher-performance Chiron Super Sport 300+ was just announced a few months ago. The company claims this model will be capable of exceeding 300 mph (482 km/h), but tire considerations mean that customer cars will be limited to a still-incredible 273 mph (440 km/h). 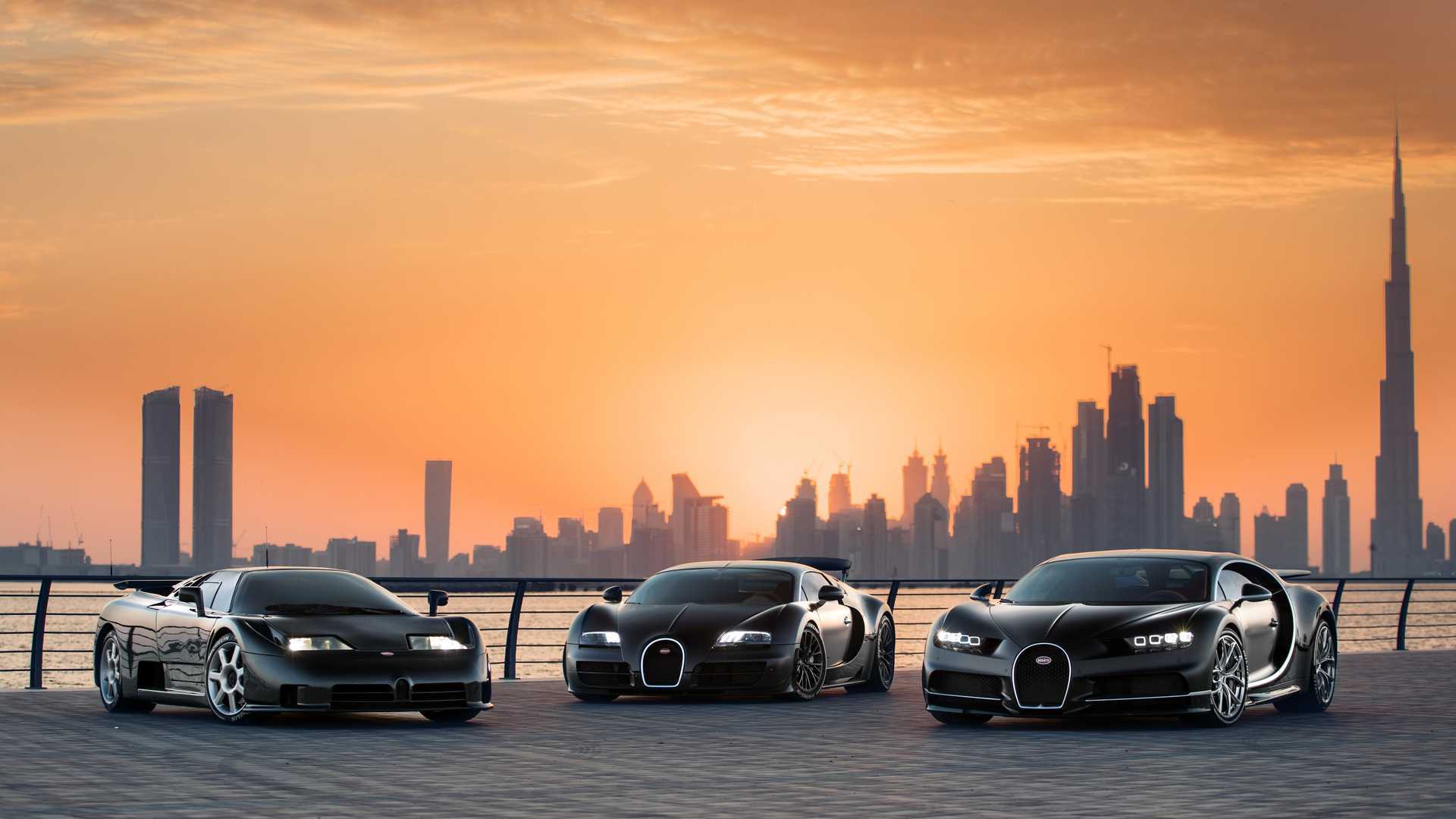 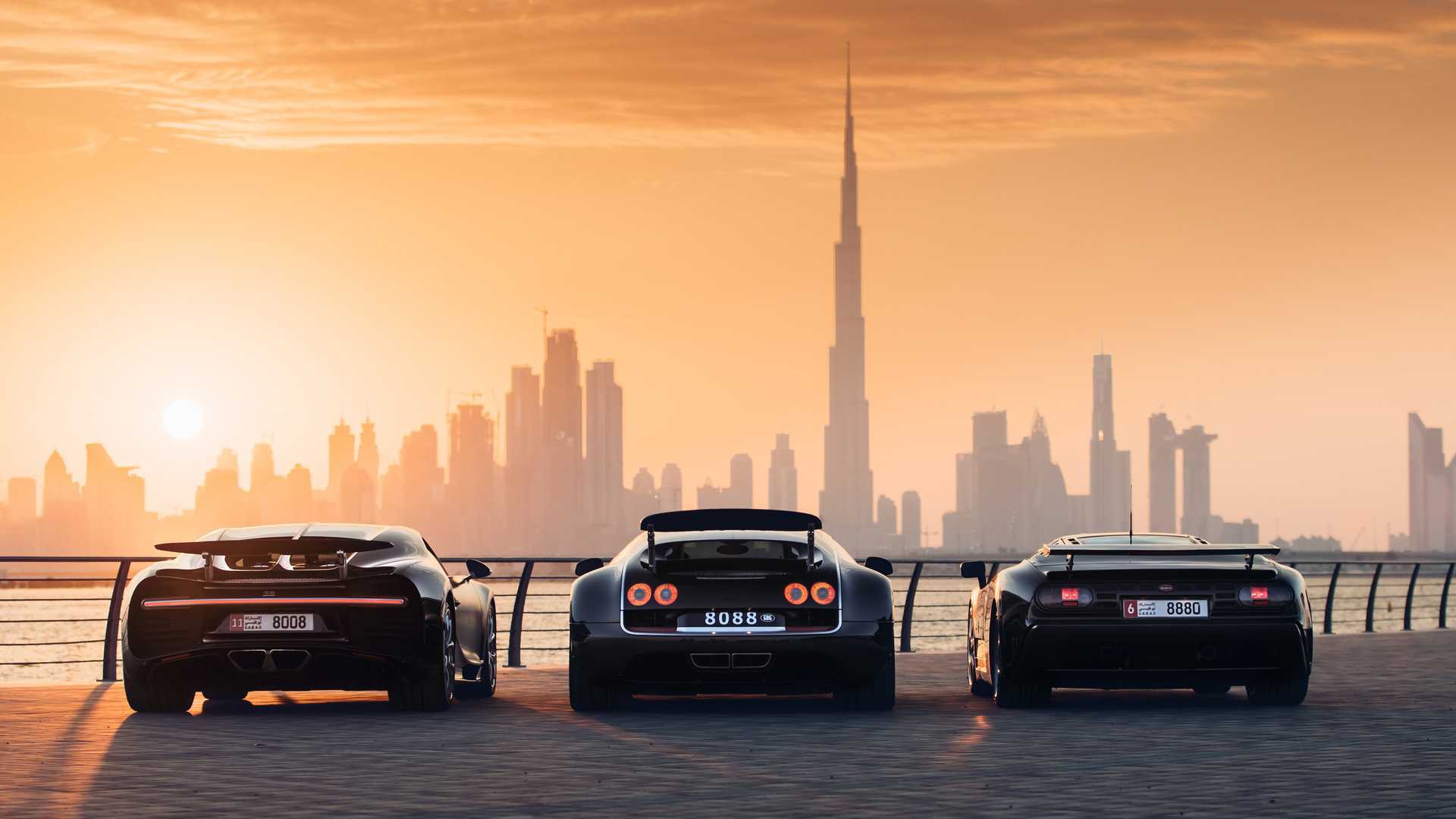 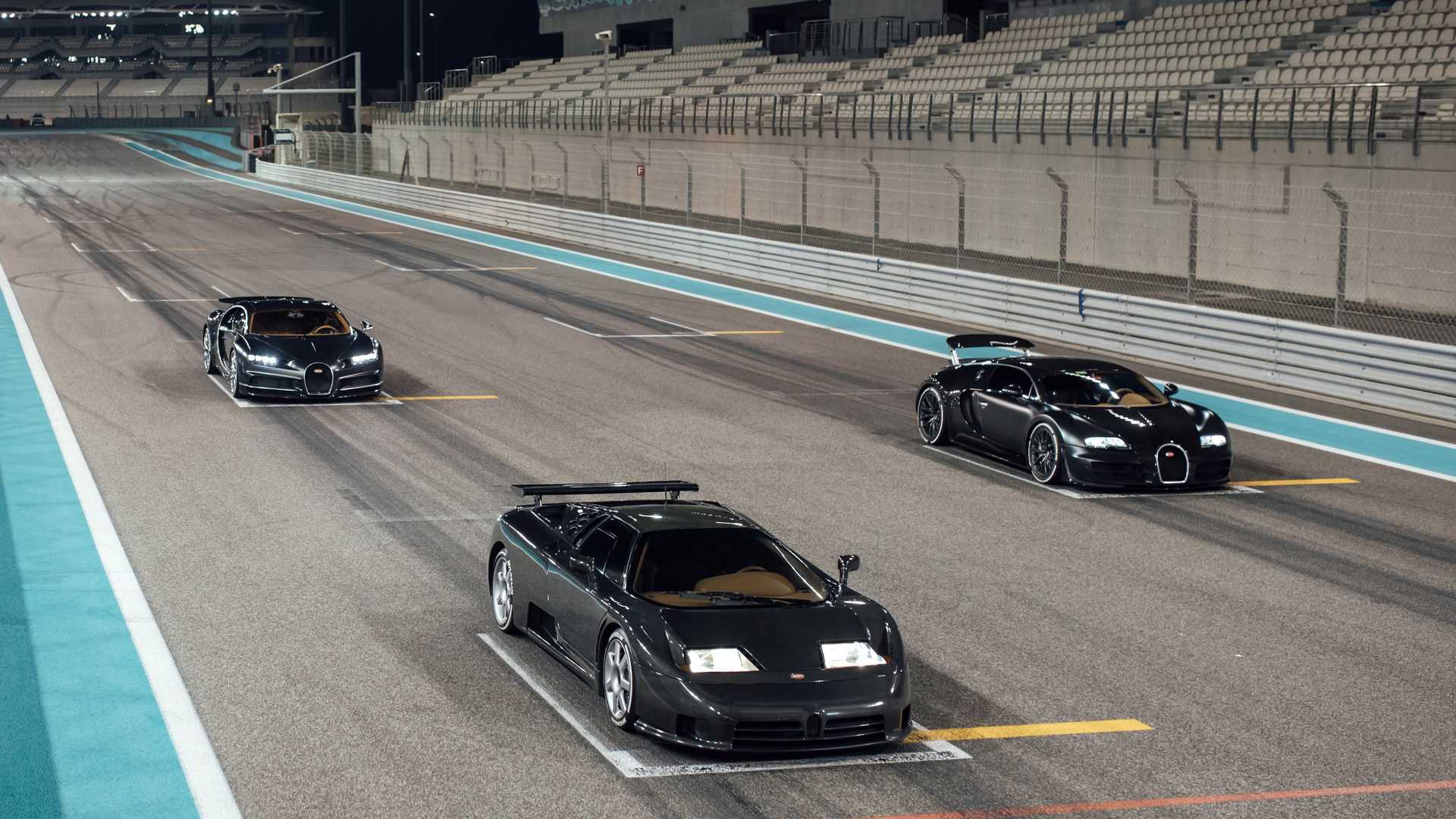 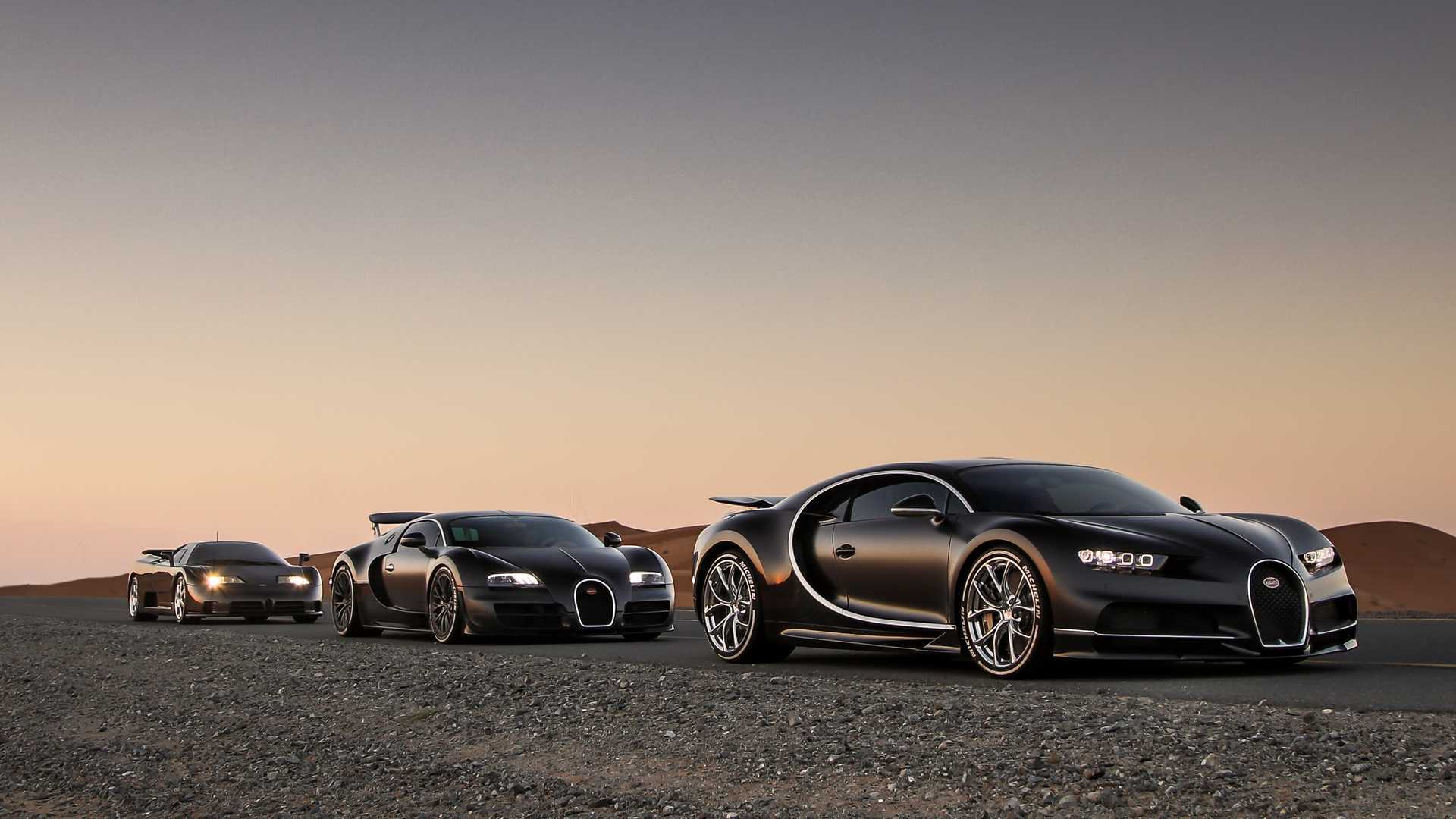 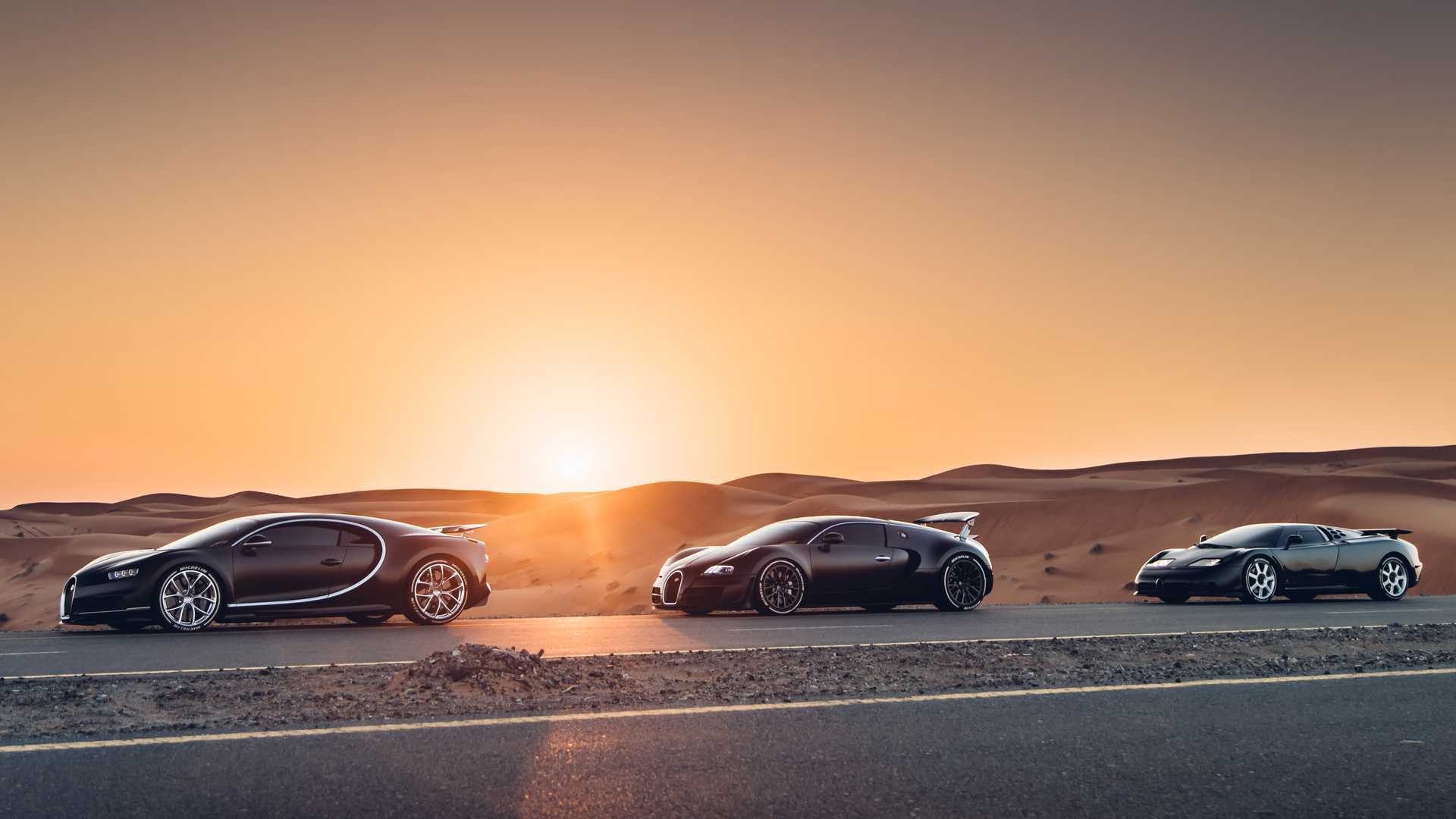 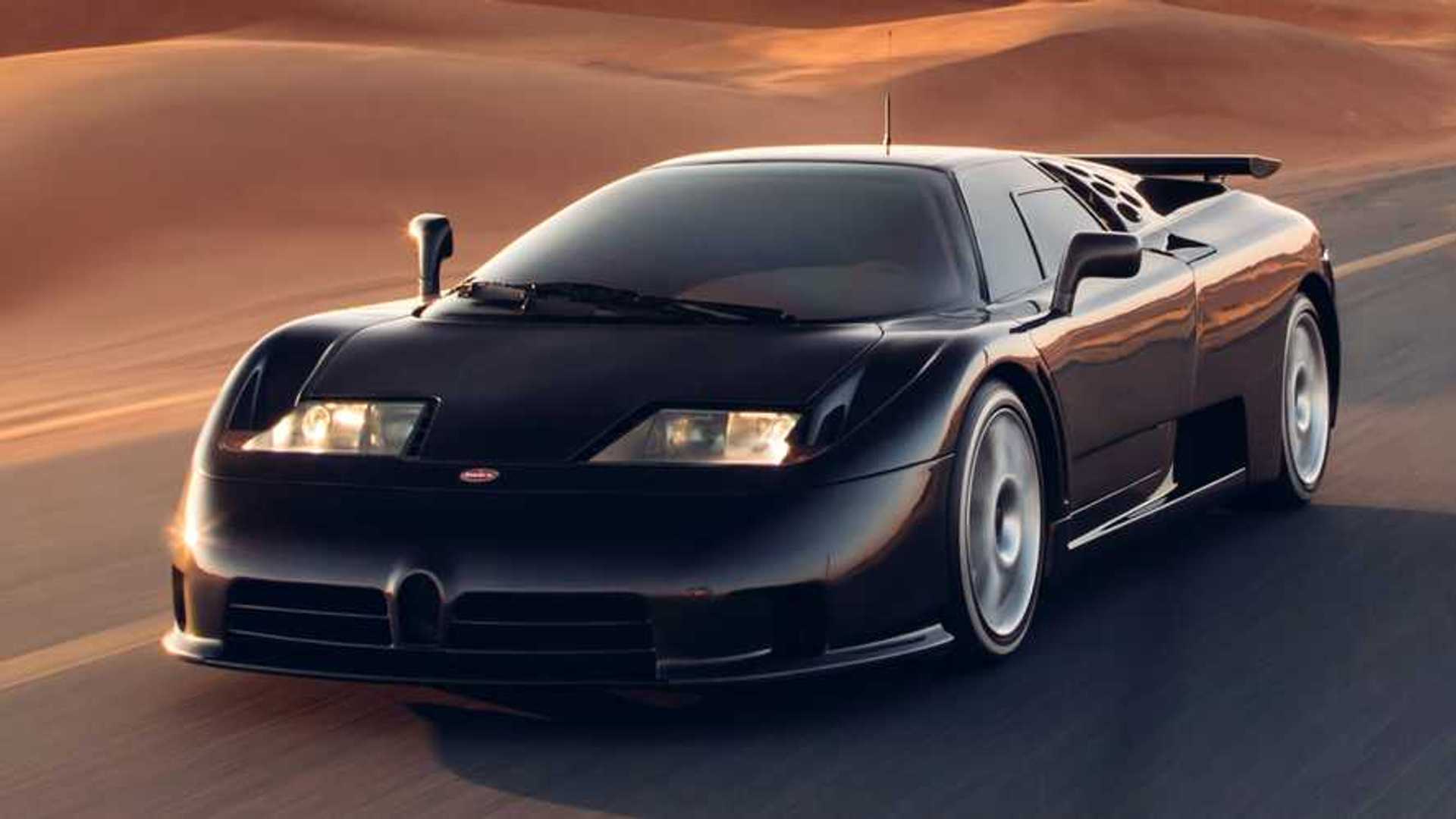