Certainly looks like it. We knew it was coming, and now Chevrolet has taken the wraps of its Bolt EV concept that when it eventually launches will line up against the upcoming entry-level Tesla Model 3.

For now though, comparisons can be made with the BMW i3, given its five-door hatchback shape, short front/rear overhangs and its lightweight construction with Chevy blending aluminum, carbon fiber, magnesium and woven mesh to create the little EV.

LED tech features in the head- and taillights, while aerodynamically- optimized vented rear fenders help extend the car’s range. The carmaker insists the high-tech cabin offers generous headroom and legroom, there’s a transparent roof, a minimalist center console sporting a floating design and 10-inch capacitive touchscreen, while slimline seats are housed on exposed aluminum pedestals. Without mentioning specifics, Chevy says the Bolt is capable of a 320 km range and will be prices from around $30,000 in US. 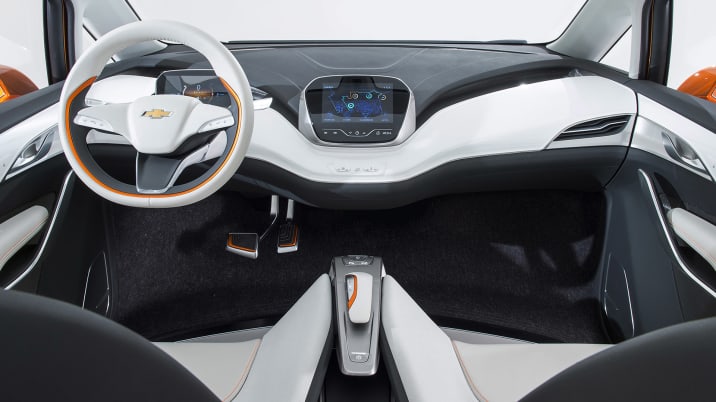