Dude Will Travel 60,000 KM Around The World On A Honda Monkey A little for the InstaFame, a lot for the World Record.

We hear of people dropping their old, boring "eat, work, sleep" life to answer the call of motorcycle adventure almost every week. Chances are you probably know someone who's made the jump. Whether it's for personal motives or to seek a bit of online recognition, the nomadic lifestyle on two wheels is a surging trend that shows no signs of slowing down.

For Portuguese rider André Sousa, the purpose of his ride around the world is to set a world record. Another one. See, the 24-year-old set the 2018 World Record for the fastest trip around South America on a small bike, according to the International Book of Records. This time around, Sousa's ambitions have gone from continental to global.

On July 12, 2020, Sousa set off on yet another adventure in the hopes of adding another world record to his collection by becoming the first rider to circumvent the world on a small bike. This time, the trip will take two years and take him on a 37,000-mile journey (60 000 km) across 50 countries. What about the small bike? Sousa opted for one of the smallest, more reliable, and rugged models available on the market: the Honda Monkey.

His mini moto was slightly supped up for the occasion to increase its capability thanks to a new exhaust, and additional lighting pods that come in handy when he's stuck navigating unfamiliar terrains in the dark. In addition to a few minor tweaks, the bike is also fully-loaded with all the gear, bells, and whistles such a trip requires. This isn't a glamorous gourmet Instagram trip and Sousa doesn't plan to stop at fancy restaurants and hotels along the way so he needs a fair bit of gear.

Thankfully, it looks like he's taken advantage of every motorcycle packing solution in the book and then some. The bags are comically almost as big as the bike itself. You can follow his adventure on the Ride That Monkey website and social media accounts if you're curious to know how the Monkey holds up. God speed, André, make us proud. 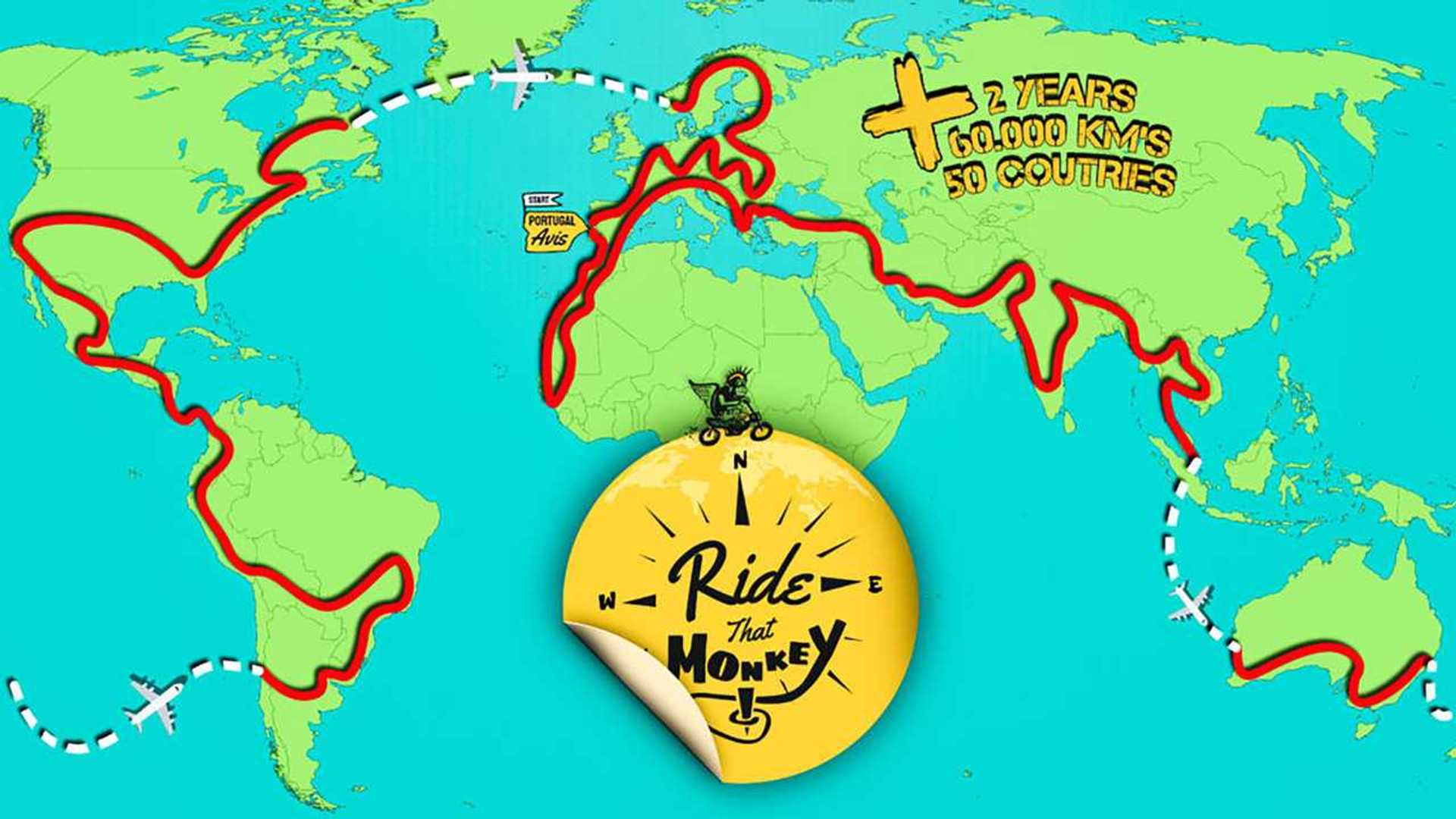