Ferrari Roma: More details and new photos from every angle

It's a seriously rapid and beautiful GT car

We got a preview of the new Ferrari Roma yesterday afternoon, but now the official reveal is over and all the details are out. The British outlet Autocar was at the event in Italy, where it managed to learn a bit more about the coupe. We also have additional photos from the event itself where you can get a better look at the gorgeous car in a few different colors. It doesn't disappoint.

The 3.9-liter twin-turbo V8 is a massaged version of the power unit in the Portofino. This engine makes 592 horsepower and 560 pound-feet of torque in the convertible, but it makes 611 horsepower and 561 pound-feet of torque in the Roma. The 0-to-62 mph time improves by 0.1 second compared to the convertible, coming in at 3.4 seconds this time. Top speed is approximately 199 mph. The Roma shares a wheelbase length of 105.1 inches with the Portofino and California T before it, but the Roma is slightly longer in overall length.

Ferrari says the eight-speed dual-clutch transmission in the Roma weighs about 13 pounds less than the seven-speed gearbox in the Portofino. It's also said to offer quicker shifts, smoother operation around town and helps to reduce fuel consumption. A redesigned exhaust system incorporates the necessary particulate filters, but Ferrari opened up the rest of the exhaust to retain its beautiful exhaust note. Engineers did this by removing the silencers and adding bypass valves, according to Car and Driver. The Roma is also equipped with Ferrari's Side Slip Control technology, steering wheel-mounted manettino mode selector and the Ferrari Dynamic Enhancer first seen on the 488 Pista.

It's not visible in the reveal photos, but there's an active rear wing that deploys at high speeds for added downforce — there are three levels of deployment with each providing different amounts of downforce. Wide, staggered tires also help with grip. The Roma has 285/35 ZR20s in the back and 245/35 ZR20s in the front.

As we noted in our previous post, the interior is revolutionary. There's a 16-inch digital cluster and an 8.4-inch vertical central infotainment touchscreen display. The cabin is separated with a tall central tunnel, and even the passenger has a touchscreen directly in front of them. Good luck reaching it when the driver lays into the throttle. Ferrari also says the steering wheel is a completely new design, but it continues to house every possible control right on the wheel itself.

Since the Roma is a GT, Ferrari is giving folks some trunk space. There's approximately 12 cubic feet of room in the trunk and additional storage space behind the two seats. Ferrari says some driver assistance features will be optional for this car to lighten the load on the driver during long stints behind the wheel. 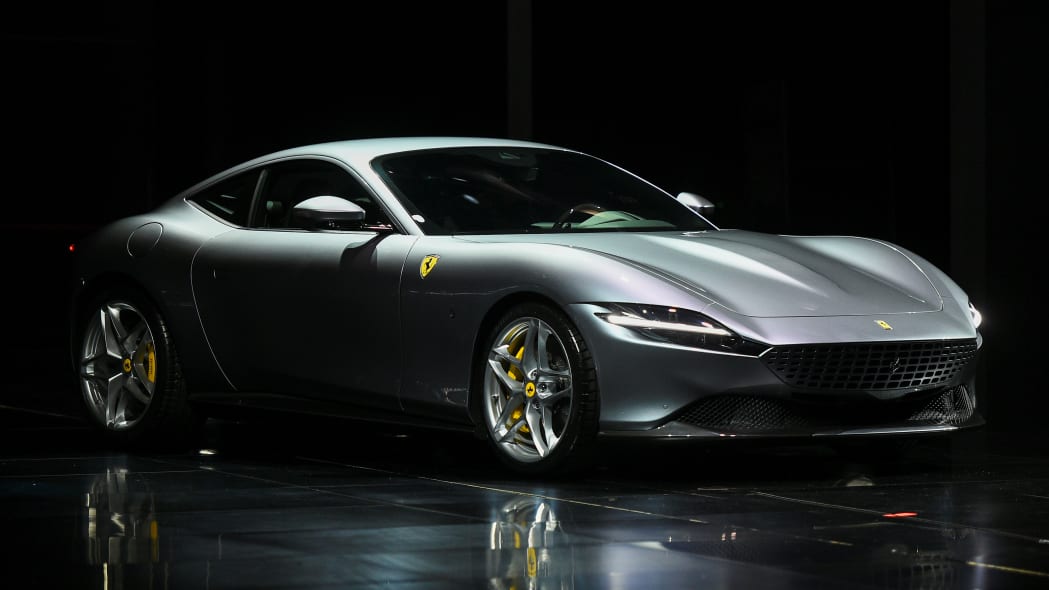 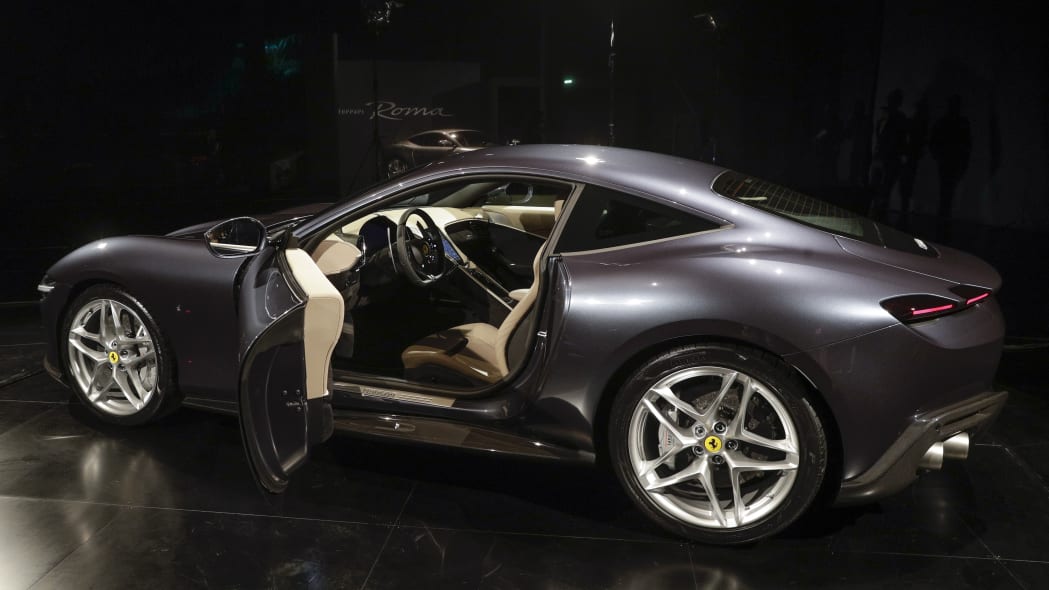 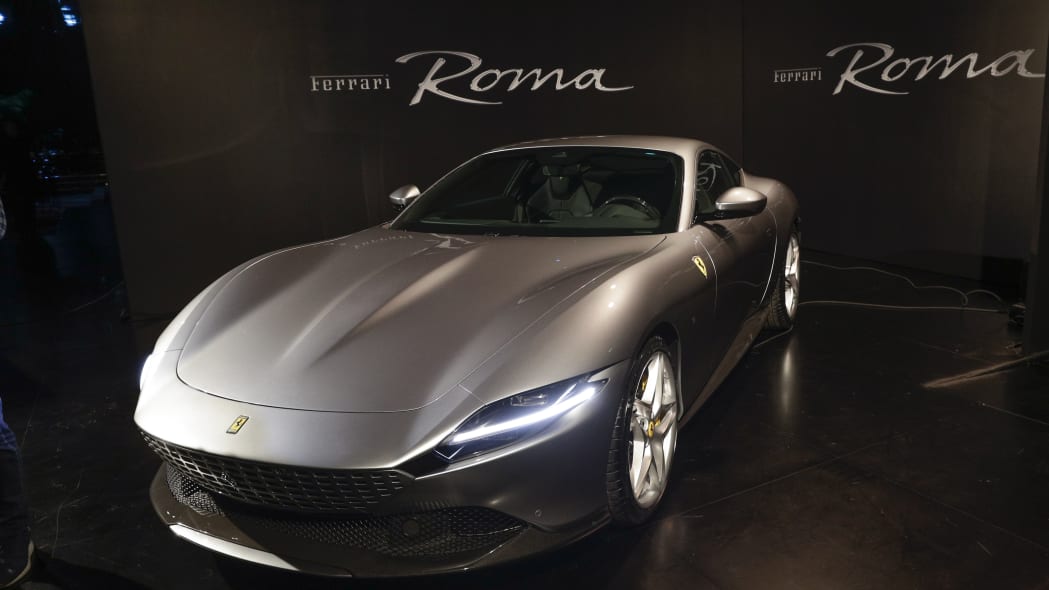 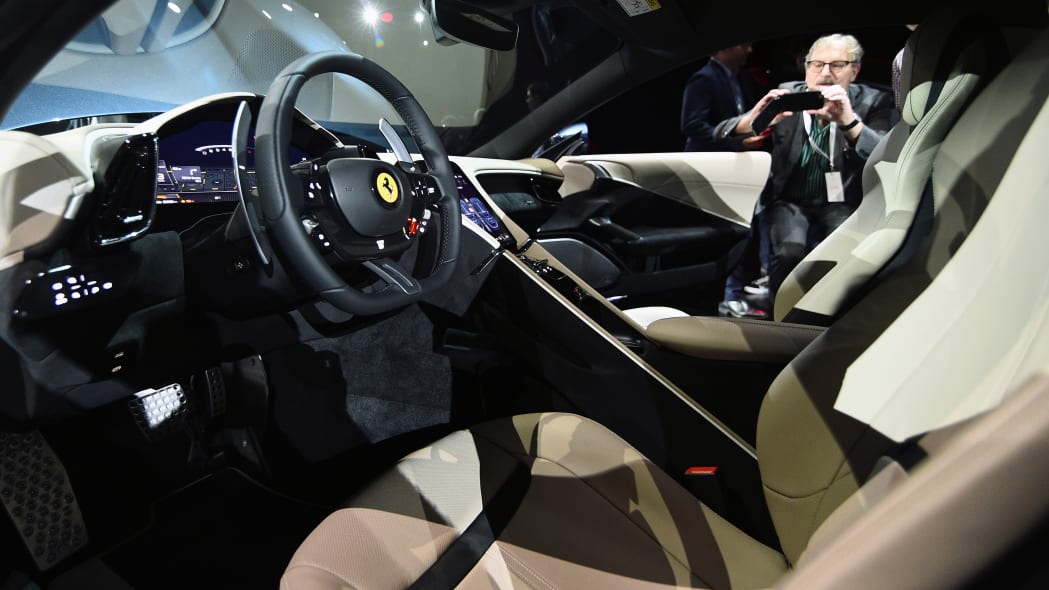 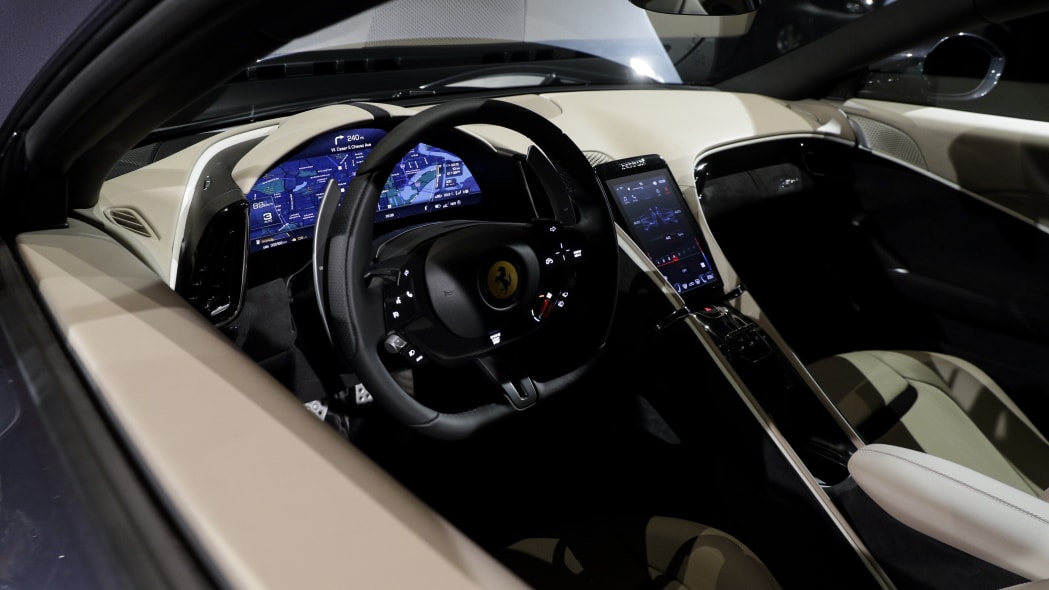 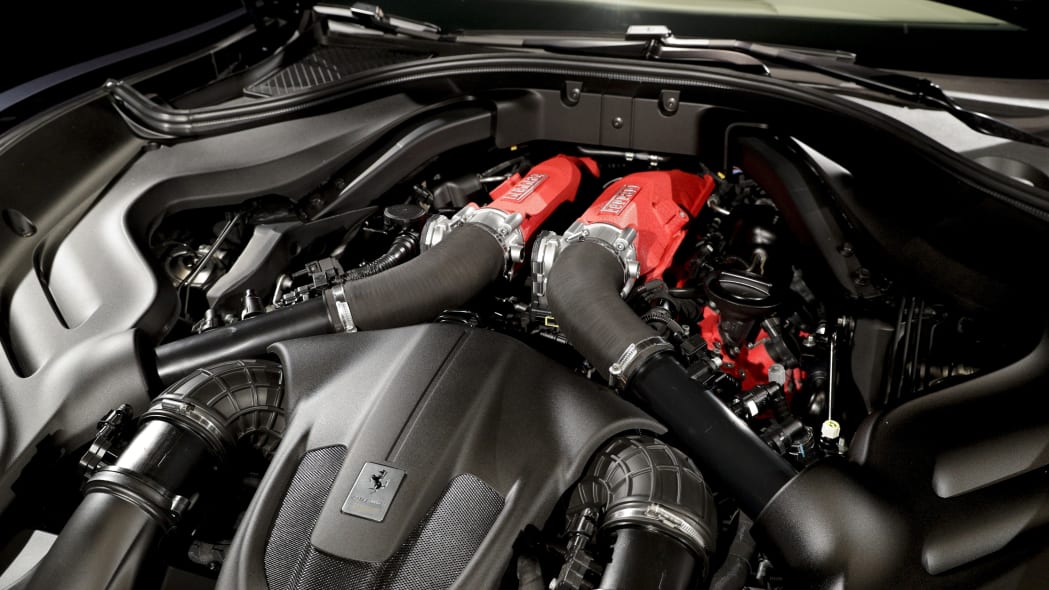 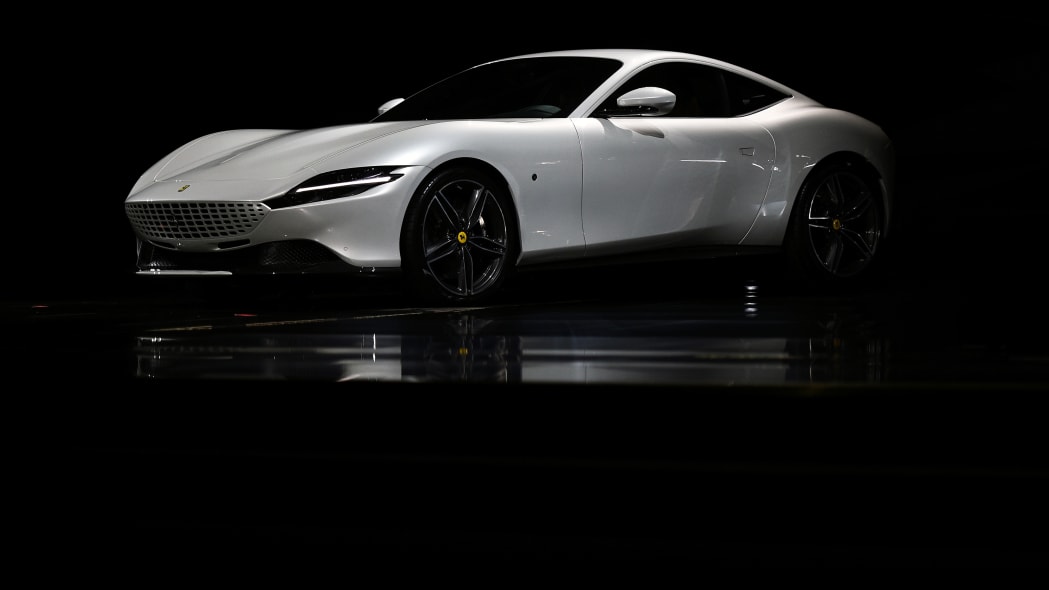 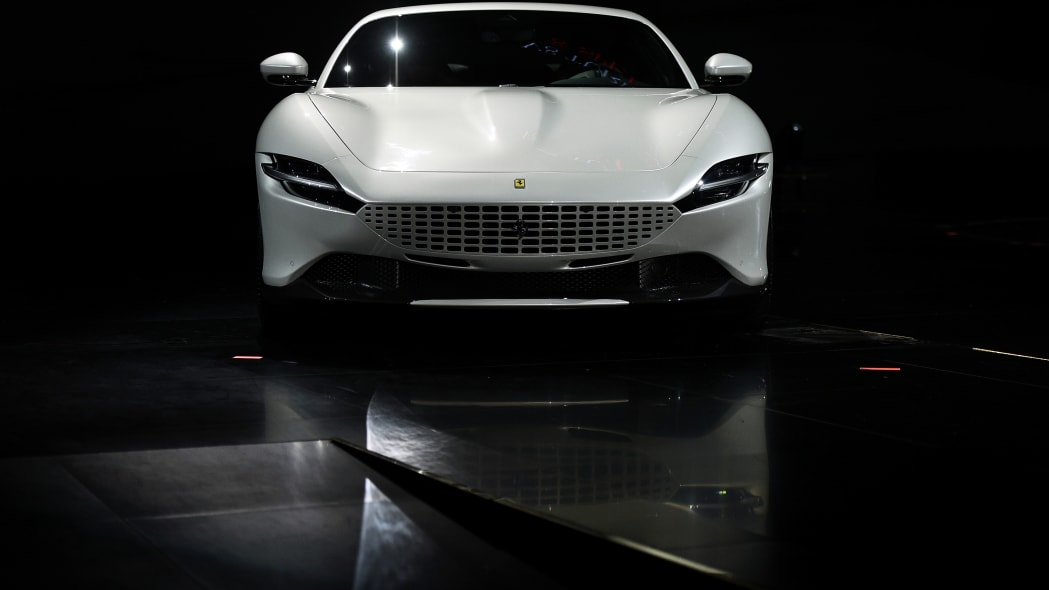