The MK4 Toyota Supra was and is popular to automotive enthusiasts for a lot of things: a highly capable and tunable engine, exceptional handling, and a massive rear wing that has been synonymous with its name.

That's why when the new Supra was conceived with a ducktail spoiler, we're pretty sure that someone out there was clamoring about the lack of the iconic wing – aside from the fact that the Toyota halo car was made in collaboration with BMW.

But don't worry, aftermarket guys are here to save the day, although this one is a bit larger than usual. Okay, it's quite massive to the point that it made this A90 look a bit polarizing.

This example of the Supra was made by Autotuned – a California-based tuner that will showcase the tuned Supra in the Eneos booth at the Formula Drift event in Irwindale.

Autotuned maybe talking about the full carbon fiber lip on the Supra, but one can't deny that the massive wing took all the spotlight from the front kit. I mean, we wanted a huge wing on the Supra but we're not sure if we really wanted it to be this huge.

To be completely fair, Autotuned did a great job of incorporating the huge wing onto the ducktail lip spoiler of the Supra. Plus, it looks like they attached the wing on the trunk lid, which makes the not-so-huge cargo storage perfect usable.

The A90 Supra has been the subject of several tuners around the world, and it's only a matter of time before we see more tuned Supras hitting the news. This just shows how tunable the Toyota halo car is, regardless of who they collaborated with to develop the iconic car. 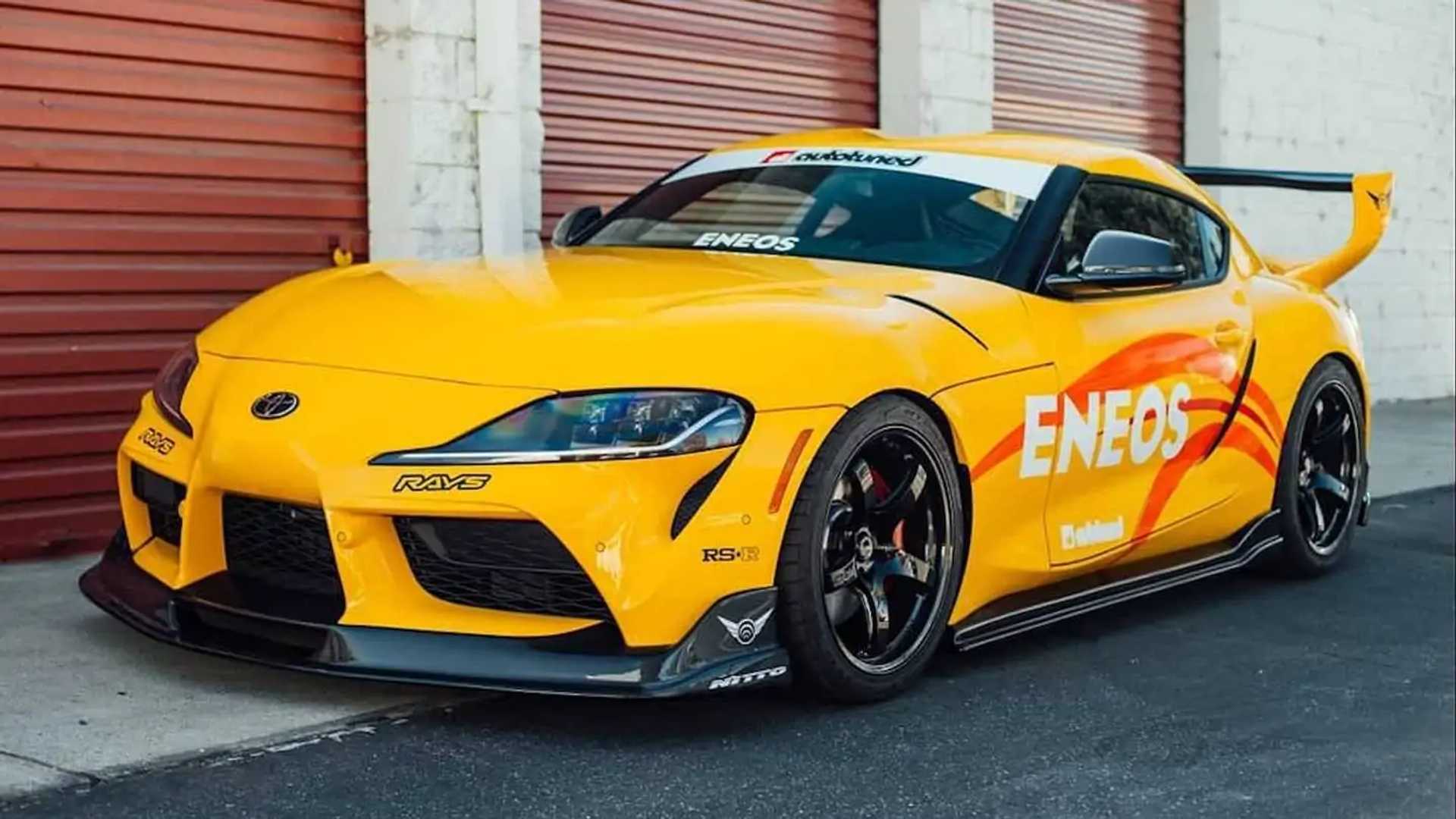 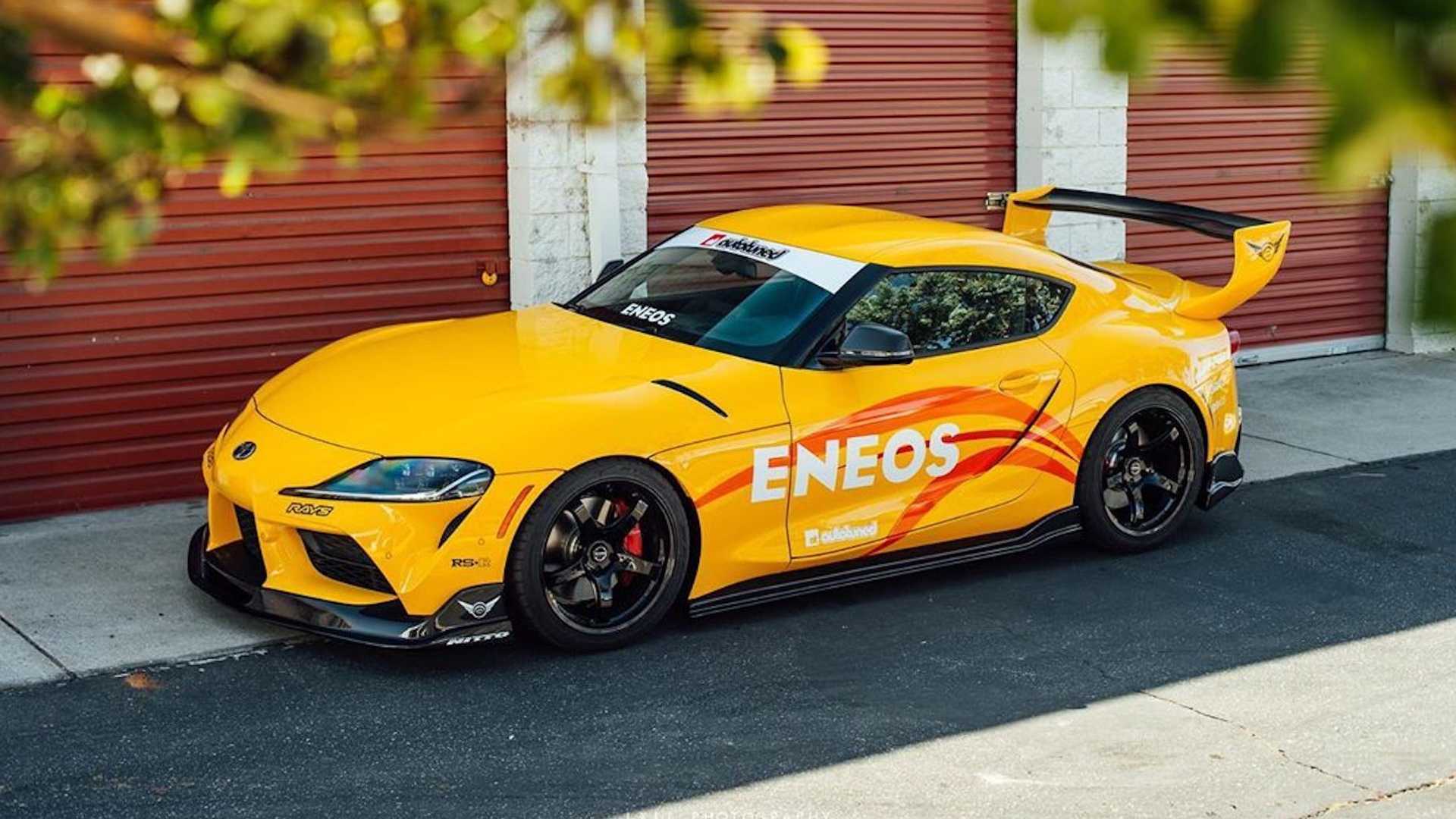 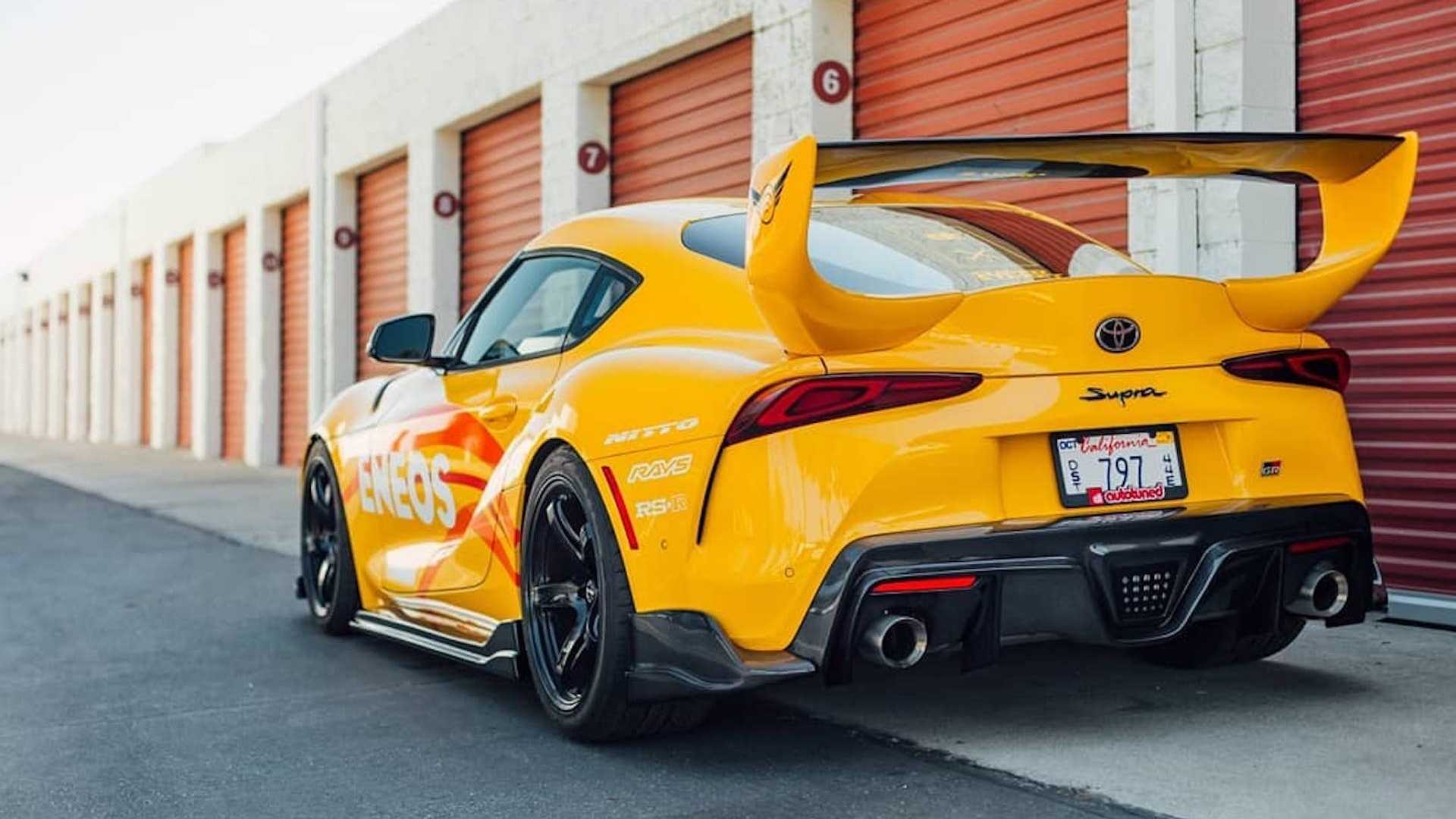