There's finally an option for folks who love the CTR but hate its massive wing.

The 2020 Honda Civic Type R Sport Line speeds into Europe as a mature-looking version of the hot hatch that no longer has a big wing on the rear. Instead, a sizable spoiler takes its place. During the unveiling, the Honda cited the Type R representing ultimate performance in the U.S and customers there generally being younger as some of the reasons for not bringing the car to America.

The Sport Line rides on 19-inch wheels with a dark gray finish and a design with V-shaped spokes. Honda fits Michelin Pilot Sports 4S with softer sidewalls that the regular model, which creates a more supple ride. Extra sound deadening at the rear reduces noise, vibration, and harshness in the cabin.

In addition to swapping out the wing for a spoiler, Honda also adds a gray accent line along the lower edge of the body. The red trim from the standard Civic Type R is gone, too. The hot hatch is available in a new Racing Blue paint color.

Inside, there are heavily bolstered seats that have black upholstery and red stitching. The company wraps the steering wheel in Alcantara. As a new touch, there's a tear-drop-shaped gearshift knob.

The Sport Line doesn't alter the Civic Type R's powertrain. A 2.0-liter turbocharged four-cylinder makes 315 horsepower (235 kilowatts) for the European market, rather than 306 hp (228 kW) in the United States, and 295 pound-feet (400 Newton-meters) of torque. The only gearbox option is a six-speed manual. 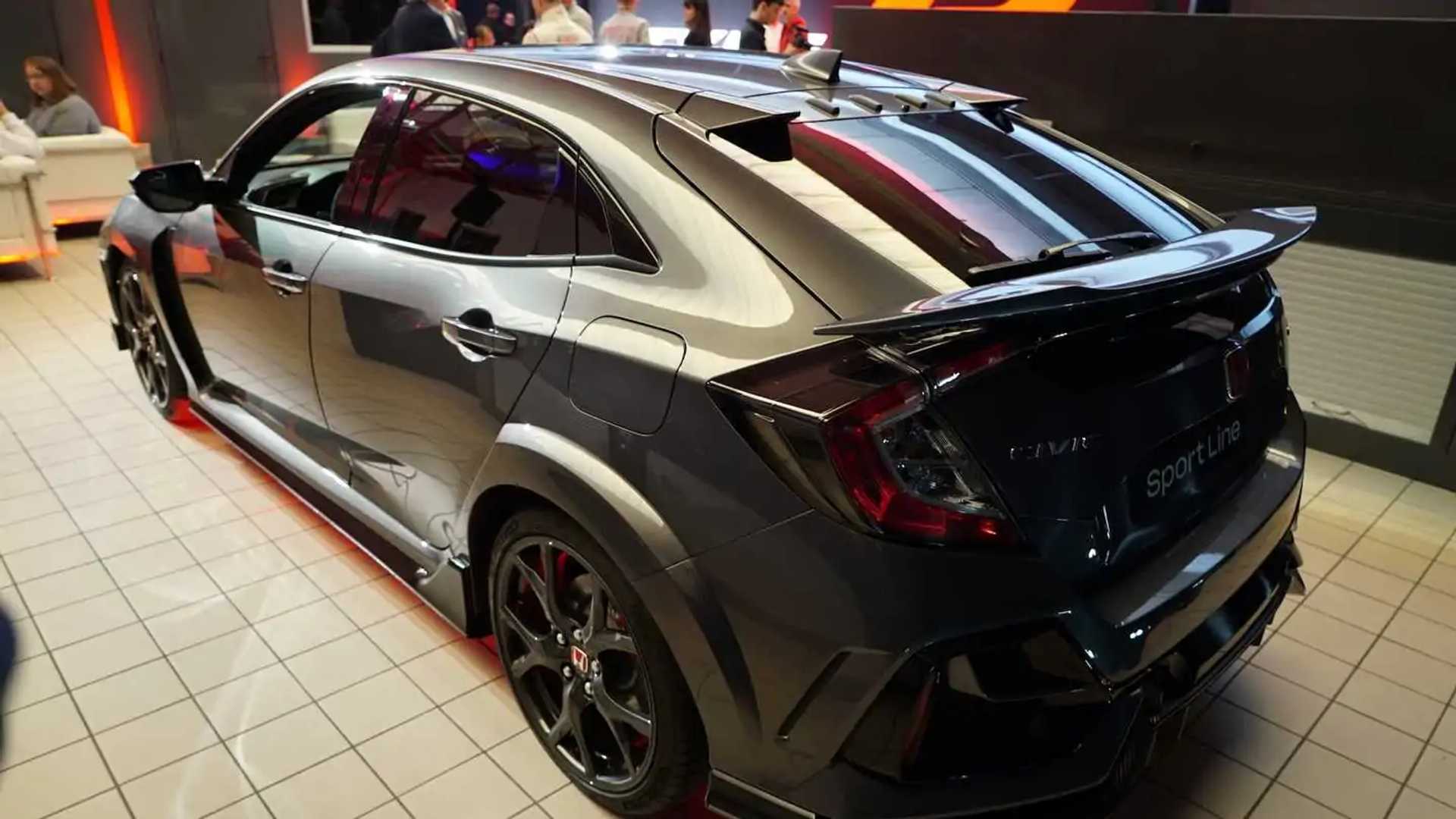 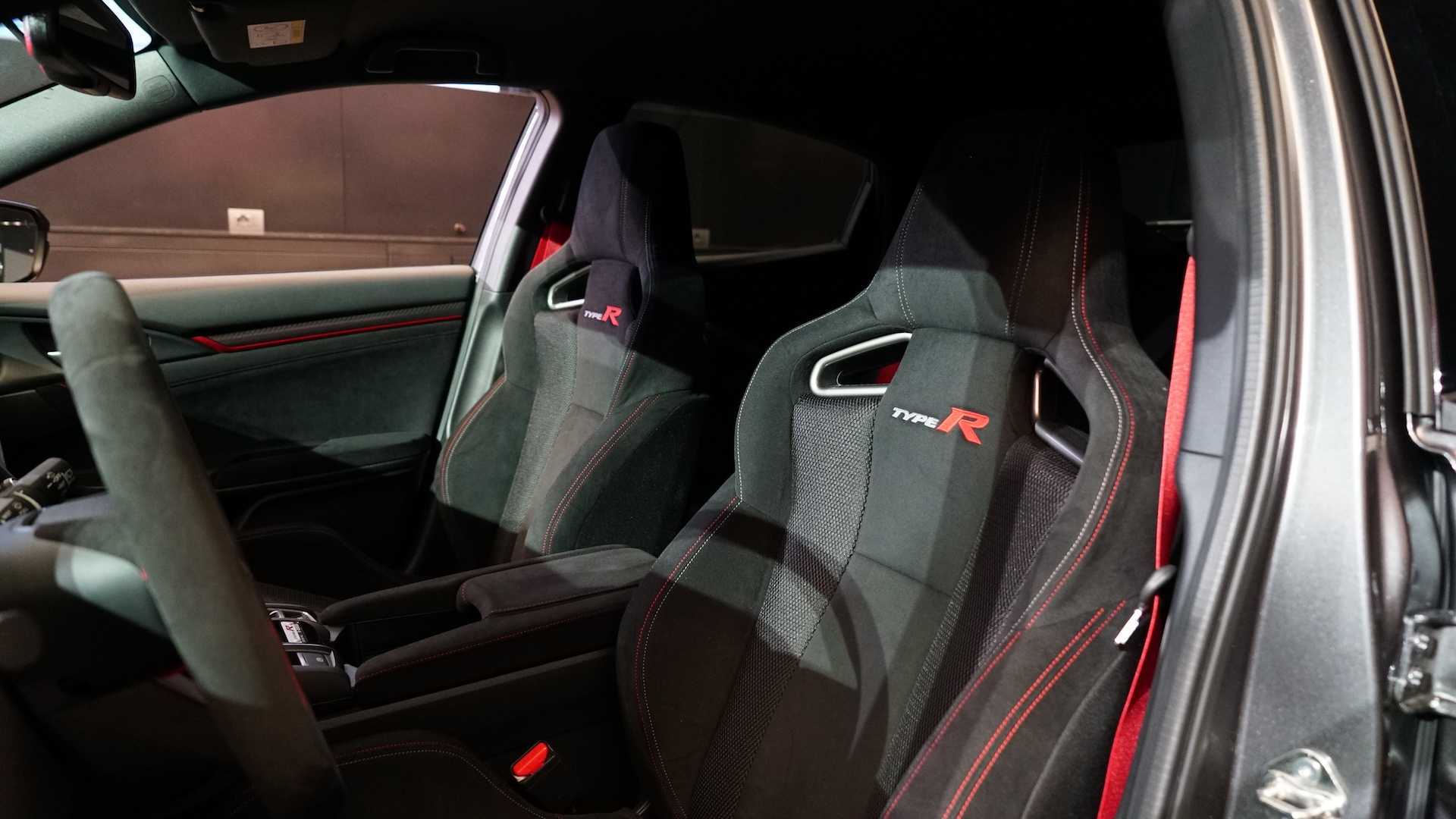