Hey, I think the owner of the Mazda RX-7 we have here knows what's up - otherwise, why would she have snapped her rotary you together with the original Pink Pig, namely the 917K/20 (the Porsche racecar is actually a scale model)?

On a more serious note, the Mazda sitting before us uses the infamous Porsche racing livery - the said racecar didn't grab the most laurels of the lot, but it certainly turned the most heads.

Even the German names used for the meat cuts, which are present on the Zuffenhausen monster, have been replicated here.

This car gal unsurprisingly loves her FD-generation RX-7 quite a lot, which is why she travels around and tries to find pieces of decor that match the car. And when those aren't available, the gear head simply ensures her manicure matches the vehicle, as you'll be able to notice in one of the Instagram posts below.

Speaking of which, another post will show you the previous form of the car and it looks like this used to be purple.

Of course, the driver could've chosen a piece from Mazda's rich motorsport heritage, but we probably wouldn't be talking about the car is she had gone down that path, since there are so many toys of the kind when it comes to each brand with a solid trophy cabinet.

And the Porsche attire isn't the only mod on this Wankel toy. For one thing, the machine has been gifted with a Rocket Bunny widebody, with this also being mentioned on the surface of the car, while the retro wheels speak for themselves.

And while we're talking pigs that fly down the racetrack, you should know this Mazda RX-7 isn't the only Japanese machine that borrowed the infamous Porsche livery. For example, here's a Toyota 86 that has delivered a similar stunt. 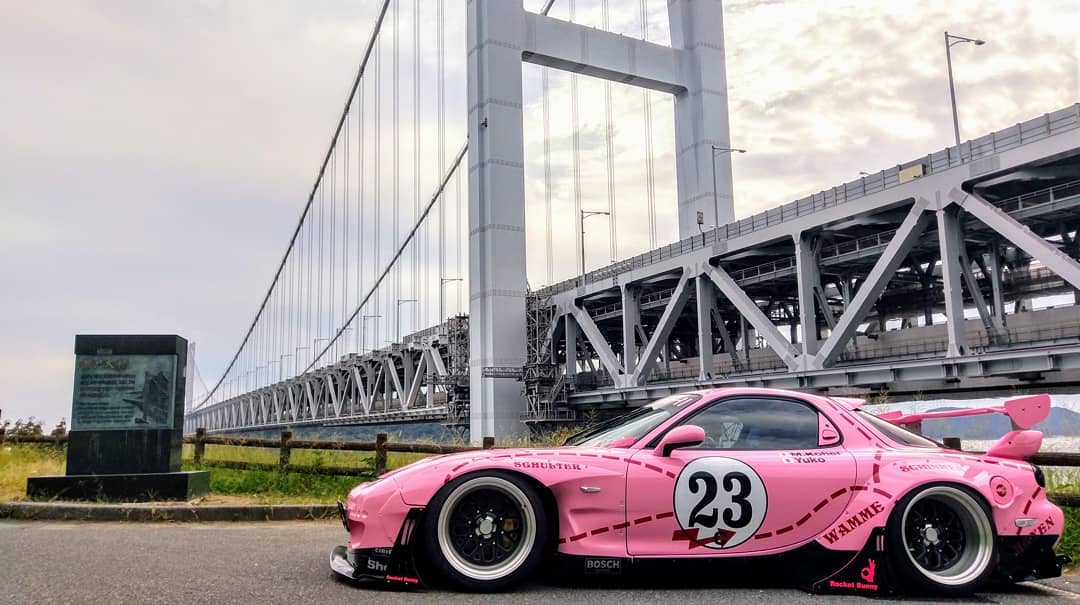 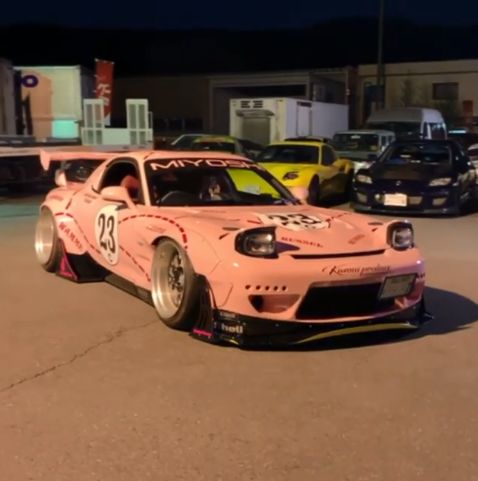 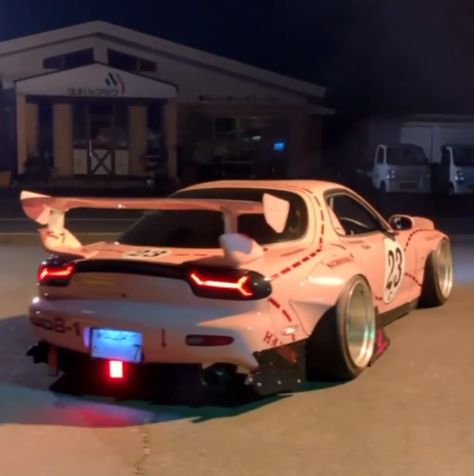