Every few years, Mazda teases us with news of another epic sports car powered by a dentist drill of an engine.

The more you learn about the Wankel, the more you realize that while the concept is cool, it's not worth putting into mass production in this class action lawsuit, mass recall, super-regulated century.

What I'm trying to say is not that Mazda shouldn't try to make another rotary sports car, but that the best ones have already been built many years ago. Jay Leno often said that the electric car will do to the gasoline engine what the car originally did to the horse - make it obsolete.

But as with the horse, you're going to be left with the recreational part, which will probably be enjoyed by lots of people. If you think about it, a car is a much cheaper hobby than a horse. It doesn't require thousands of hours of care every year, doctors or even that much affection.

You don't need to wait until 2077 to enjoy an old car with the trapping of a modern one. You can already swap out the turbocharged rotors for an LS1 and have something that's powerful, easy to work on and quite fast. the RX-7 is 3/4 the size of a Corvette and quite light, so it's actually ideal for an engine swap.

We've always thought that every car with pop-up headlights is worth saving, especially if you could make them 3D and cool, like the ones Brad Builds envisioned for his widebody RX-7. The car has multiple iterations but always feels like it's over-the-top in a good way.

There's no shortage of RX-7 body kits out there, but only a few of them are in this style. We also like how Brad kept things classy, not brightly colored like most of the movie-going versions of this car. Still, this look isn't for everybody, not even the Wankel fans. 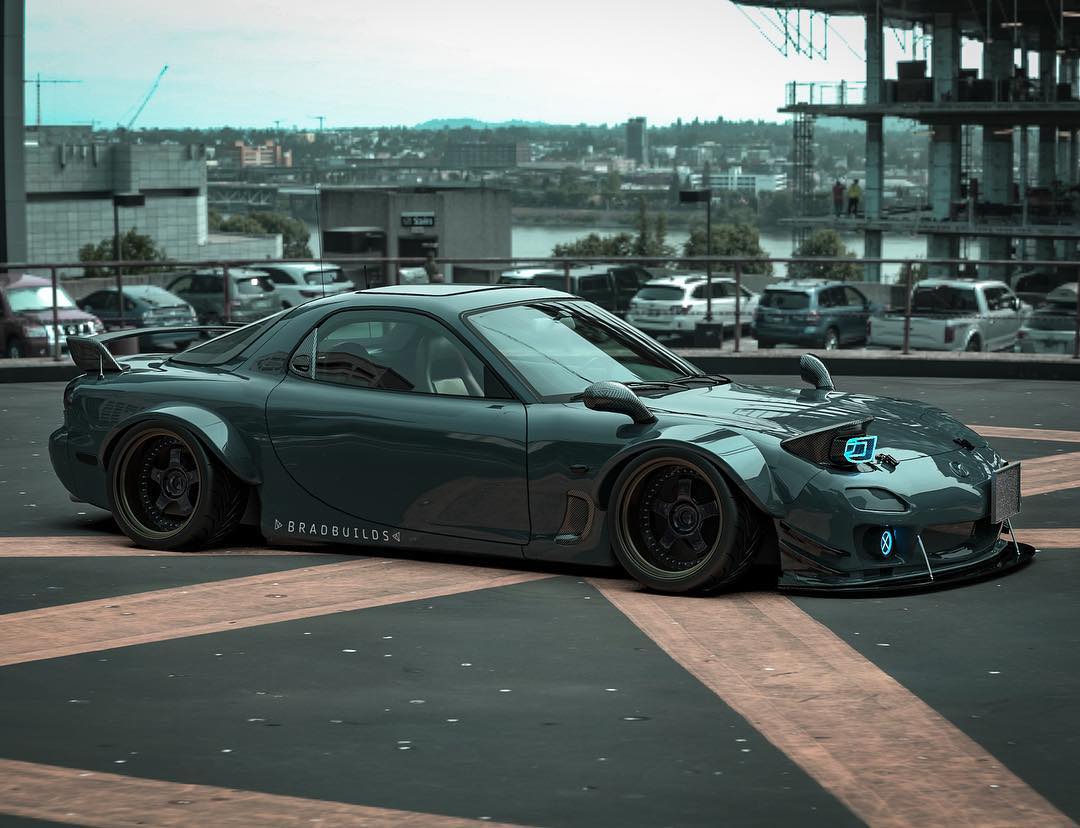 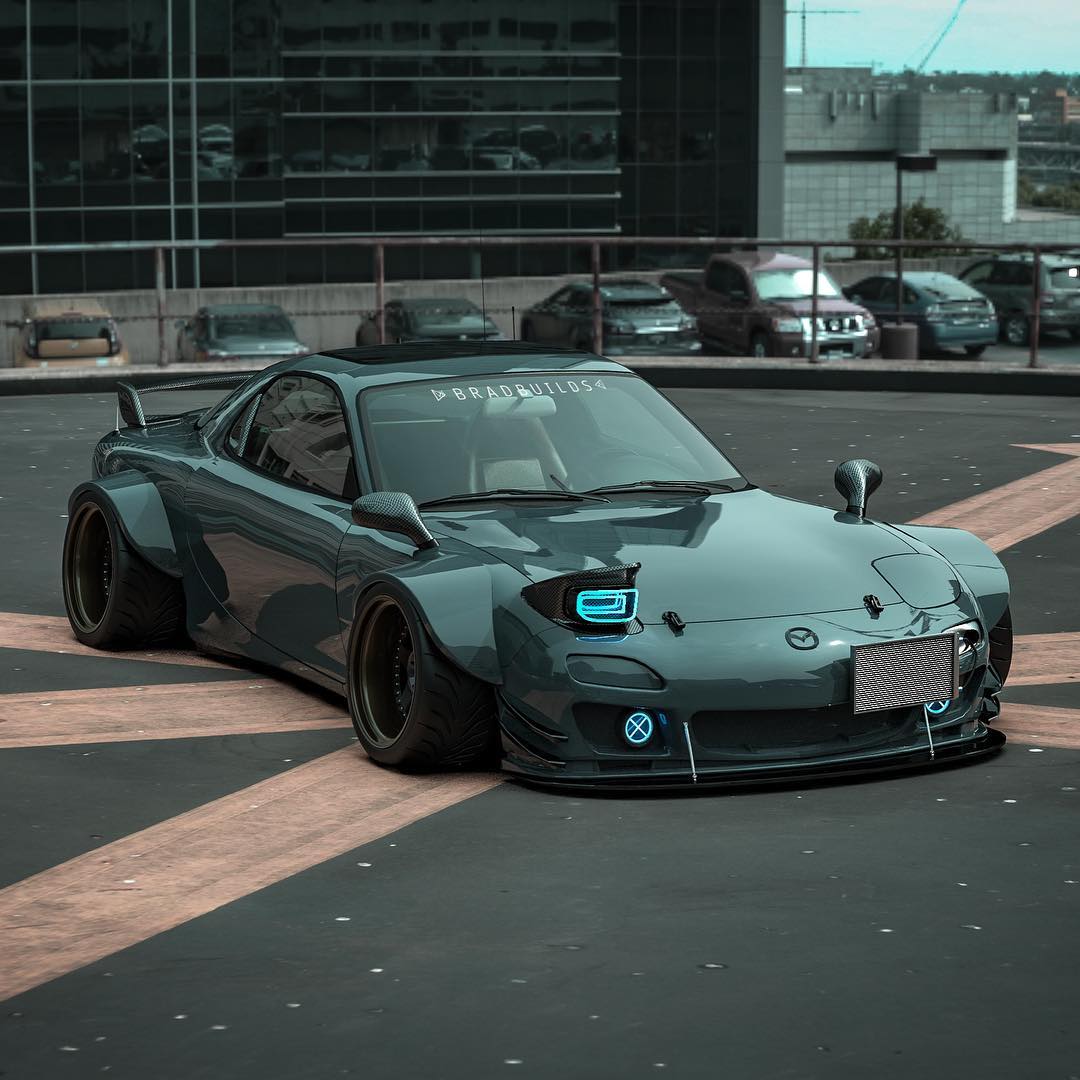 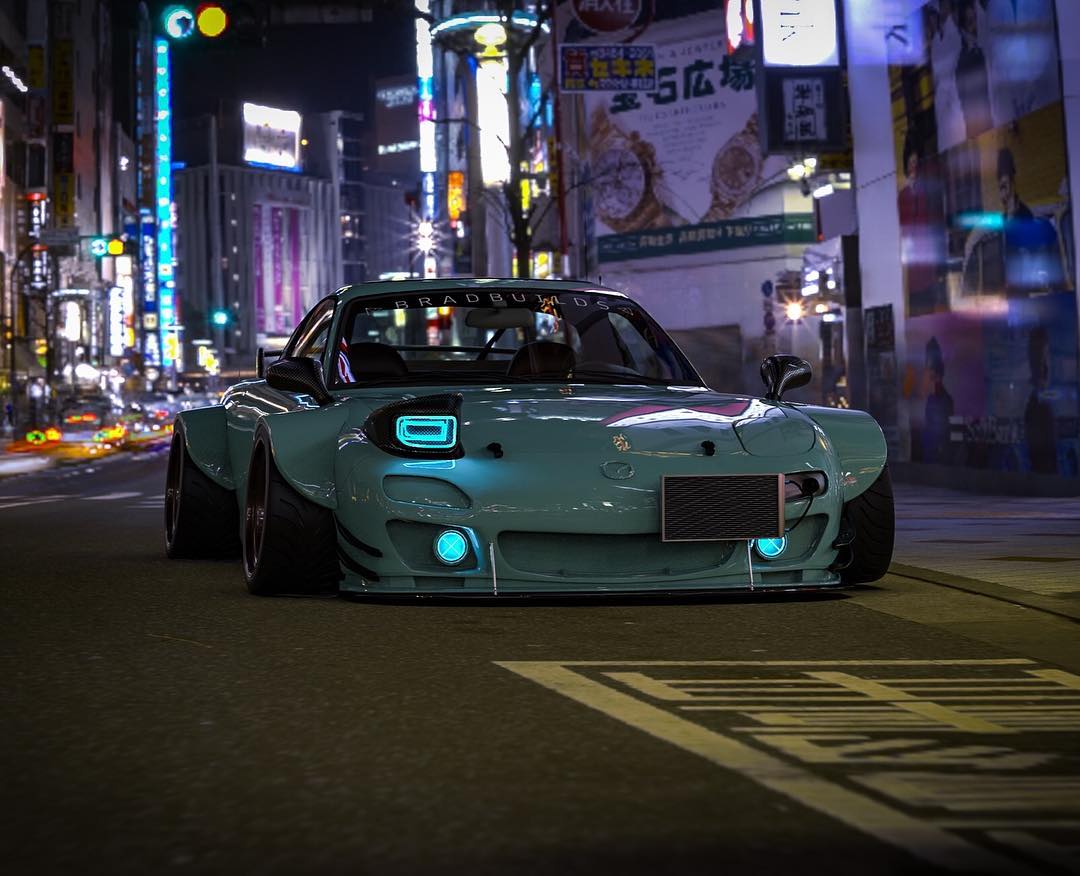 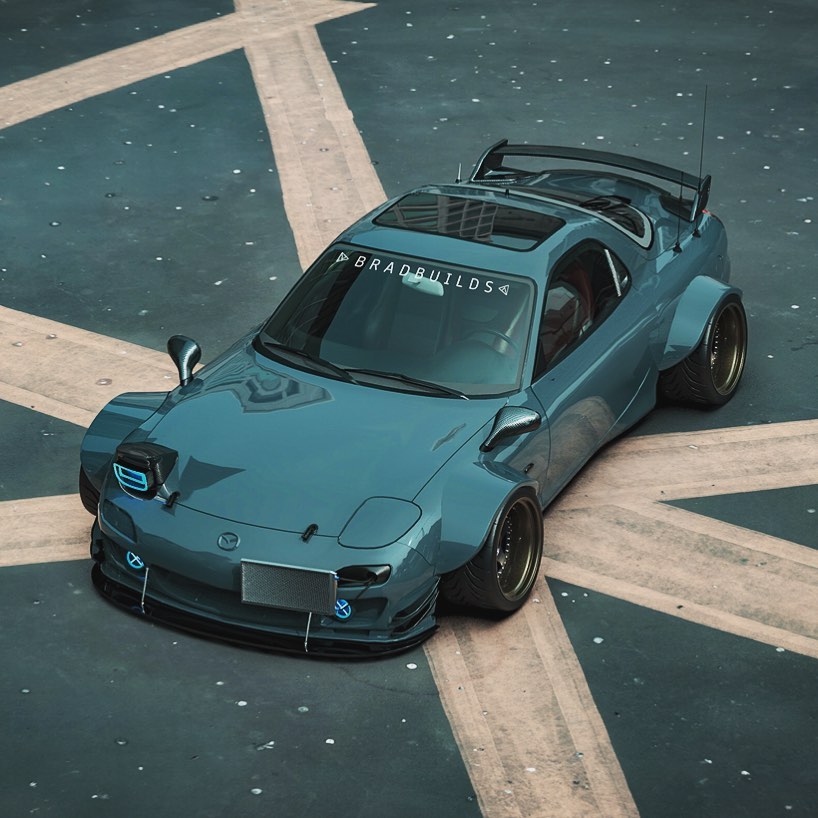