Lamborghini didn't stop at removing the roof of the limited edition Aventador SVJ in order to create the Aventador SVJ Roadster. Instead, the Italian carmaker puts its Centro Stile design division in a room with the Ad Personam customization division, and they came up with colored-keyed takes on what's called the Aventador SVJ 63 Roadster. The "63" refers to both the year Ferruccio Lamborghini founded his car company, and the number of open-topped SVJs that will be made. The eight exterior themes that will be exclusive to this car start with the one shown on the Pebble Beach concept lawn, in matte Grigio Acheso with details like the "SVJ" and "63" graphics in Arancio Dac. Matte Titanium center-lock wheels get Arancio locking plates.

The interior will offer three themes in the SVJ's usual materials, Alcantara and Lamborghini's CarbonSkin. A badge on the steering wheel plays off the "63" logo inscribed on the back wall in lasered Alcantara and CarbonSkin. The show car's cabin rocks it up with Grigio Octans, Grigio Cronus, and Arancio Dryope (orange), with the carbon fiber seats finished with white Q-Citura cross-stitching. The news about this car is little more than a public service announcement, though, since all 63 examples are already sold.

Lamborghini put two more surprises in its Monterey trailer, the first being the Huracán EVO GT Celebration. Thanks to the Grasser Racing Team and Paul Miller Racing, Lamborghini's won both the 24 Hours of Daytona and the 12 Hours of Sebring two years in a row. Limited to 36 units — the combined race durations in hours — the Huracán EVO GT Celebration plucks the GRT livery motif for its street version. The display version wears Verde Egeria and Arancio Aten, but there are nine combinations possible by combining the three available primary body colors and three available secondary colors.

The Huracán's hexagon design motif is used to frame the "11," the number of the GRT racer that won Daytona and Sebring this year. Badges on the sides read "Daytona 24" and "Sebring 12," and the driver's B-pillar is adorned with a carbon fiber plate inscribed with "X of 36." Race fans who want to go all the way can order a Lamborghini Squadra Corse shield placed on the roof between Italian and U.S. flags, and laurel wreaths on the rear fenders.

The interior borrows the primary exterior color for cross-stitching on the new racing seats introduced on this car. The Huracán EVO GT Celebration will only be offered to North American buyers, and if it isn't sold out already, it can't last much longer.

The final thrill comes from the Urus, which will expand its color palette for 2020. Lamborghini brought one of them to the Peninsula in Arancio Borealis, "a four-layer paint emphasizing the depth of the color." Because no one wants a shallow orange. 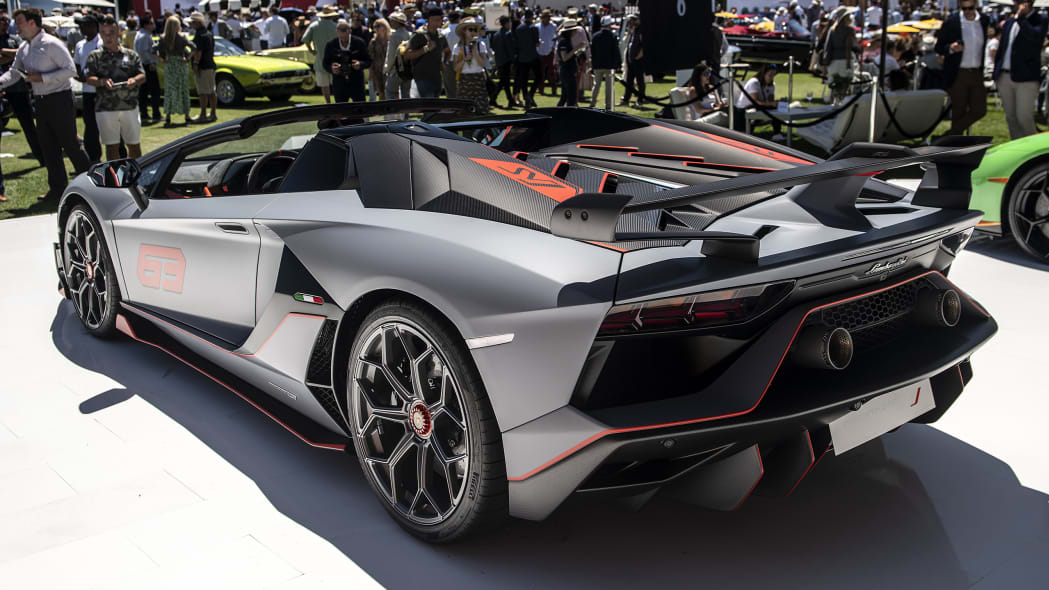 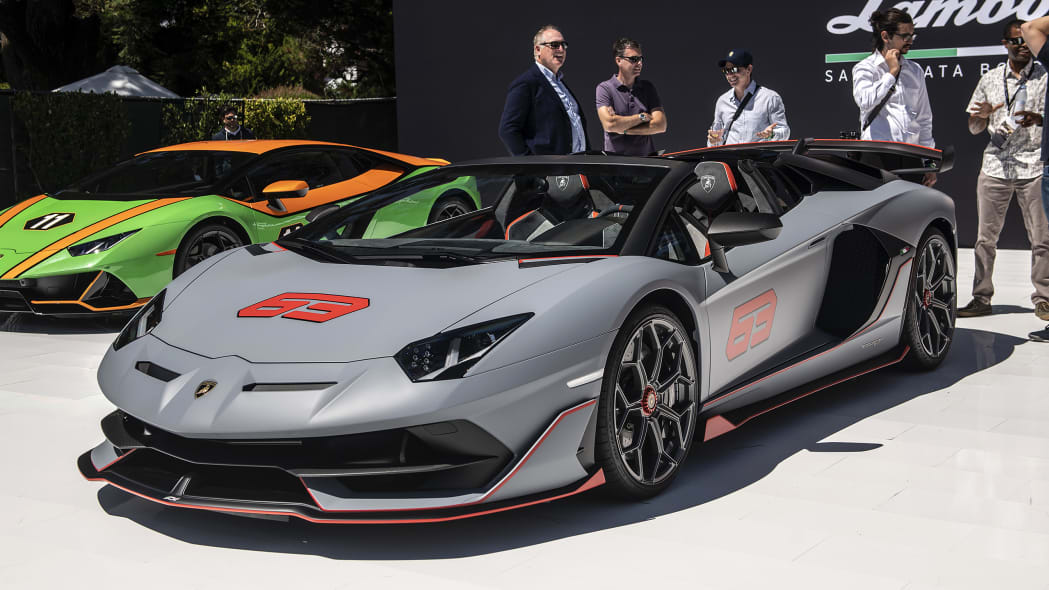 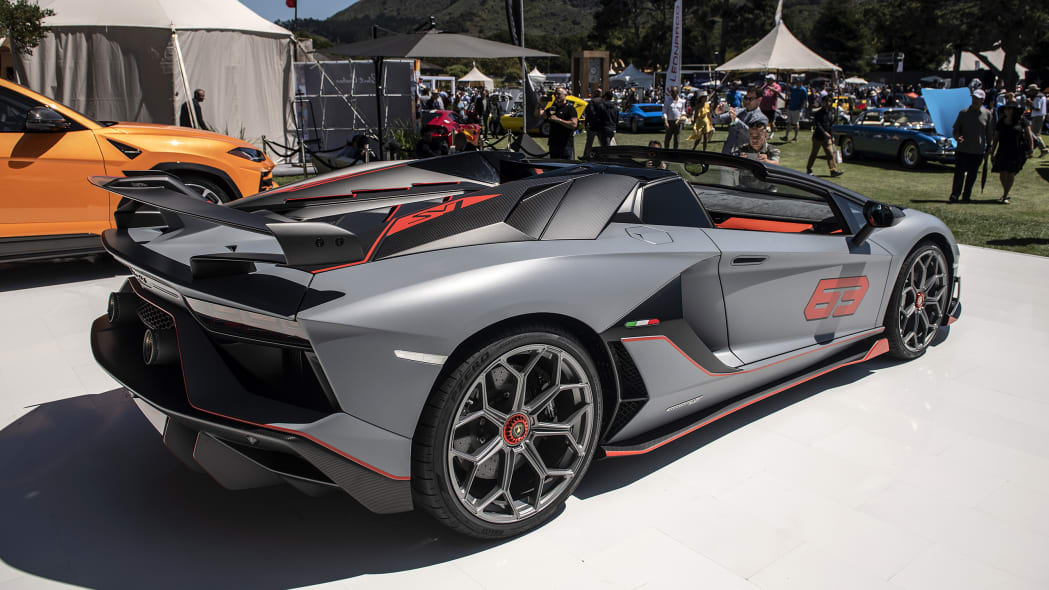 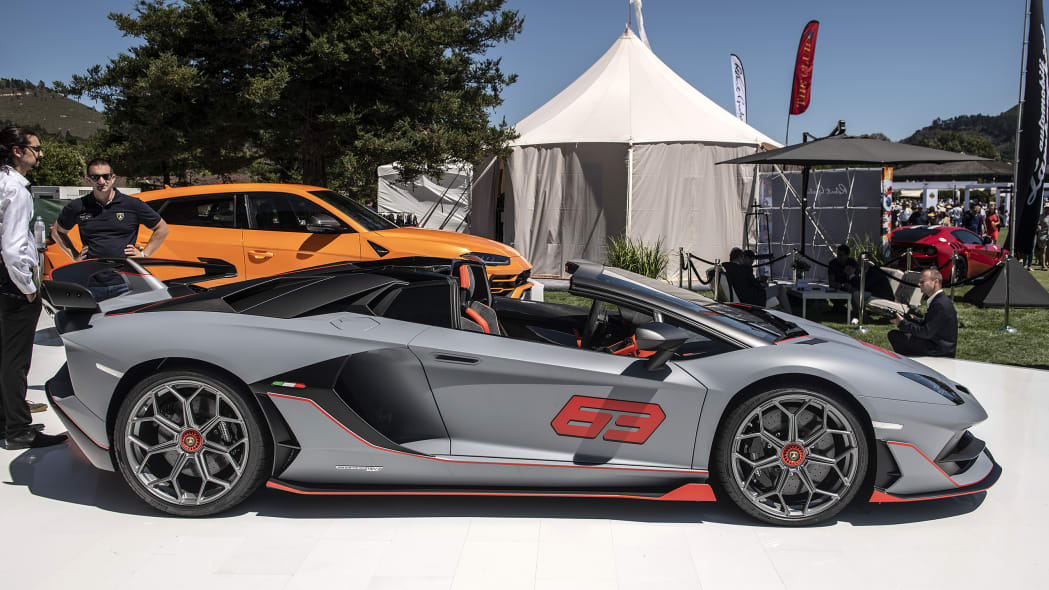