When it comes to wedges for the body shell of a supercar, Marcello Gandini is the father of them all.

The grandfather of wedge, however, is a one-off Lamborghini known as the Marzal with a front-engine layout and a straight-six instead of a booming V8, screaming V10, or a glorious V12.

Also penned by Gandini, the Marzal's design motifs were grafted onto the Alfa Romeo Carabo a year later. The coolest wedge, however, is arguably the Lancia Stratos Zero from the 1970 Turin Motor Show.

Sold for 761,600 euros in 2011 after many years of sitting in the Bertone Museum, the concept that paved the way for Lancia's purpose-built rally car and the Lamborghini Countach wouldn't look out of place in a futuristic, dystopian setting. Cyberpunk 2077, anyone?

The Stratos Ø – or Slashed Zero to differentiate it from the original more easily – won't be featured in the video game, though. Penned by 3D specialist Federico Ciuffolini, the pixel work before your eyes is quite a sight.

Not only do the wheels scream cyberpunk aesthetics, but the LEDs on the wheels and amber lighting for the cabin complement the white paintwork and ACTIVE AERO decal on the rear deck. On the sides – right next to the rear wheels – you'll also notice some fancy lights that read BERTONE at night.

Even though the engine bay of the Zero looks a little different, the design study remains faithful with a four-cylinder powerplant that features amber/gold valve covers. The 1.6-liter V4 of the original was sourced from Lancia's first rally-winning champ, the incredibly pretty Fulvia HF.

Lancia may have pulled out of the World Rally Championship more than a quarter of a century ago, but the Italian brand's legacy lives on with 10 constructors' titles over Citroen's eight and Peugeot's five. The Stratos HF won three times on the trot from 1974 to 1976, then the 037 put up a good fight against the four-wheel-drive Audi Quattro in 1983. From 1987 to 1992, the four-wheel-drive Delta HF Integrale took home no fewer than six titles.

Despite the legendary designs and rallying feats of old, Lancia is only a shadow of its former self. The only model the brand currently sells – the Ypsilon supermini with Fiat underpinnings – is exclusive to Italy. The only newity for 2020 is a mild-hybrid engine shared with the 500 and Panda. 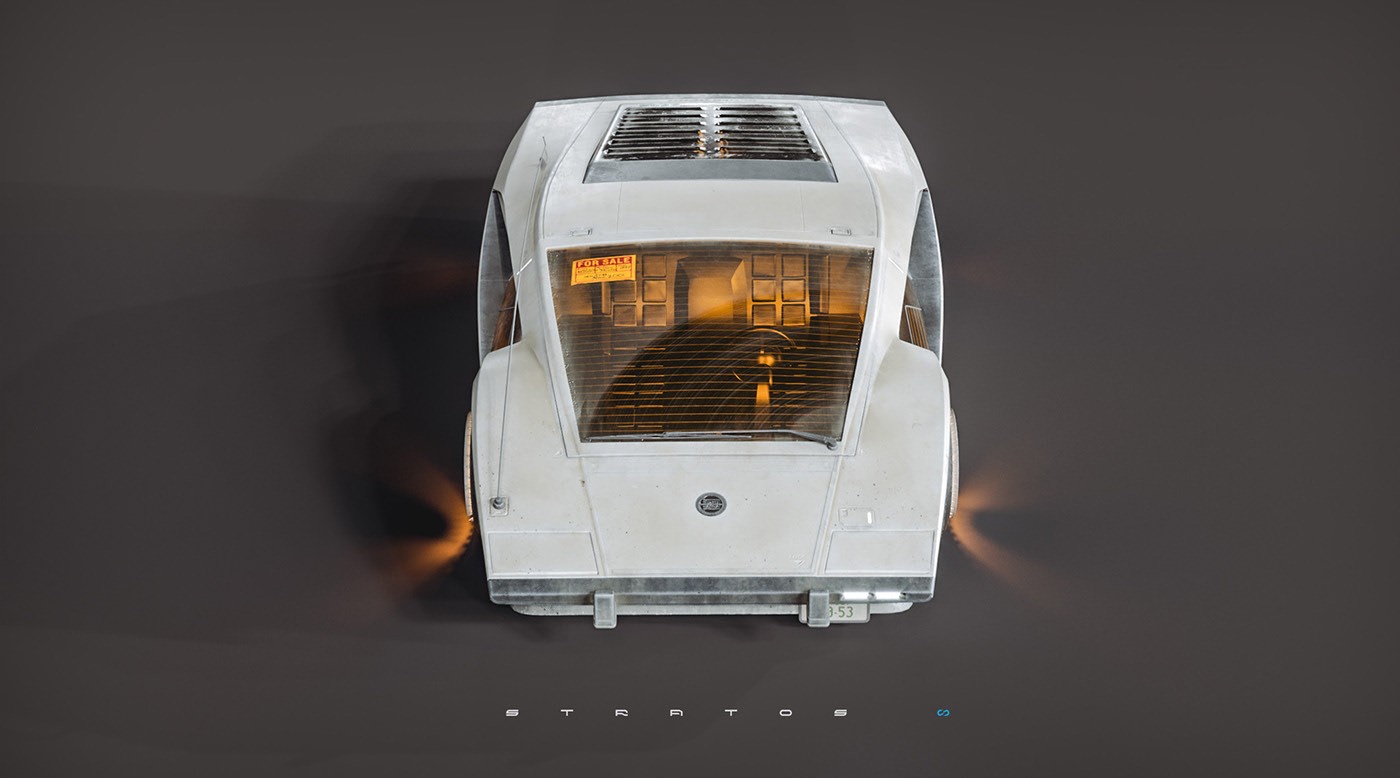