Luxury Cars Imprint Their Brands on Goods From Cologne to Clothing Ever since he was a child, Rodney Foster has coveted all things Bentley. He bought a Continental Flying Spur seven years ago, in cypress green with honey-colored leather seats. And then, last year, he acquired another Bentley item with hints of wood and leather.

That last purchase wasn’t a car. Mr. Foster bought 3.4 ounces of Bentley cologne online for $89, to perfume his vehicle as well as himself.

“Bentley represents a lifestyle,” said Mr. Foster, 48, who also owns a few polo shirts with the company’s logo. “It makes you feel that you’ve accomplished something.”

Several luxury automakers, including Bentley, have been expanding the lines of goods they sell that have little to do with cars. Earlier this month, Bentley, a British brand, announced its fifth men’s fragrance in the last two years. The company’s winged hood ornament adorns the top of a special-edition cologne bottle.

The brand extensions by luxury automakers help retain customer loyalty between car purchases, and may capture aspirational buyers years before they can afford the cars themselves. In some cases, this type of merchandise can provide better protection in trademark disputes.

The product lines also capitalize on a booming luxury market, as industry sales have grown considerably alongside the soaring numbers of the ultra-wealthy in the United States and elsewhere. Luxury cars account for 18 percent of total car sales revenue domestically, amounting to $100 billion, according to Edmunds.com, a car research and shopping site. While the luxury auto industry does not offer specific sales figures in non-auto product lines, experts say they still represent a small portion of each automaker’s profits.

Among the luxury set, Porsche was a pioneer in branding this way. Decades ago, the automaker created a high-end, minimalist clothing line without showy displays of the Porsche Design brand name. 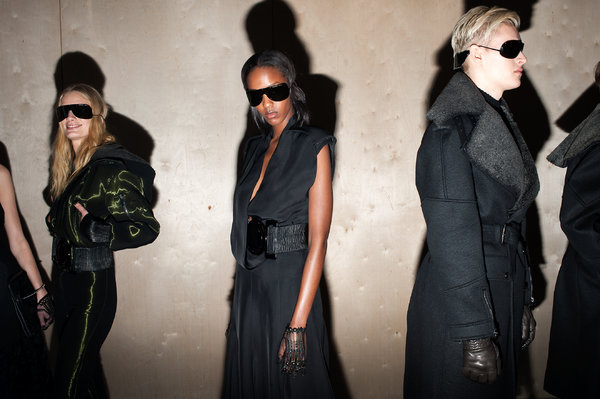 In recent years, Porsche — which, like Lamborghini and Bentley, is owned by the Volkswagen Group — has opened scores of new Porsche Design retail stores, from Paris to Chicago. On Sunday as part of New York Fashion Week (sponsored by another carmaker, Mercedes-Benz), Porsche Design put on a runway show, without a car in sight.

Last fall, Porsche Design released a new special-edition BlackBerry, with keyboard letters in the brand’s signature font, for $2,000, while Bentley announced a Vertu phone, “swathed in quilted calf leather,” for $17,100.

Neil Saunders, managing director of Conlumino, a retail research and consulting firm, noted that the auto industry had a long history of fashion collaborations — citing examples like vehicle interiors designed by Pierre Cardin and Eddie Bauer for American Motors Corporation and Ford. But these days, more carmakers have been collaborating outside the vehicle in unexpected ways.

Sometimes, the motivation might be even simpler: selling a product under the automaker’s name so that no one else can. That was General Motors’ thinking when it released a scent for Hummer in 2004. The Hummer fragrance lives on, even if it has been years since the consumer version of the sport utility vehicle rolled off an assembly line.

Gene Reamer, a senior manager of licensing operations for G.M., said the fragrance, made by Elizabeth Arden, allowed the company to keep a trademark on the brand. 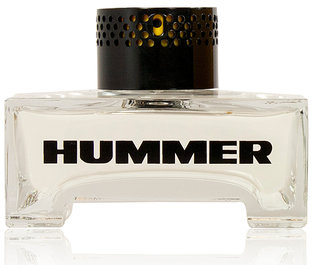 “There are still people trying to produce products with the Hummer name around the world,” Mr. Reamer said. ”Because we still have the active fragrance, we’re protecting the brand if we ever decide to bring it back.”

Packaged in a squat, tanklike bottle, the Hummer scent can even be found at places like Shoppers Drug Mart in Canada.

Keeping goods exclusive while making them affordable for younger consumers can be tricky. “Maybe a 28-year-old can’t afford a Bentley,” said Julia Marozzi, head of lifestyle communications for the automaker. “But they might be able to afford a Breitling Bentley watch, and we hope they’ll graduate to the car.”

Even so, Breitling’s watches for Bentley, advertised as marrying “British chic” with “Swiss excellence,” can cost from $4,000 to $40,000.

Ms. Marozzi said the company was selective in choosing partners like Breitling, whose clocks adorn some Bentley dashboards. “We don’t go around hoovering up generic products and sticking the Bentley wings on them,” she said.

Mr. Saunders cautioned that Bentley was already “stretched quite far” in its branding. “Becoming a more general luxury brand would be commercially disastrous for these companies,” he warned.

Ferrari, he noted, was an exception. Its limited production of cars — about 7,000 annually, according to a spokeswoman — ensures exclusivity, Mr. Saunders said.

Last October, Sergio Marchionne, chief executive of Fiat Chrysler, which owns Ferrari, called cars “almost incidental” to Ferrari when announcing plans to spin it off from its parent. “It sounds sacrilegious, but it is truly a luxury brand,” he said.

Mr. Saunders agreed. “They have plans to become a much greater force in the luxury lifestyle arena,” he said. “They see themselves as sort of a Prada.”

Ferrari has 68 licenses — for goods ranging from Lego toys to Puma sneakers — and 30 stores in 14 countries, a spokeswoman said. According to License Global magazine, it has $2.6 billion in annual sales of licensed merchandise and ranks as 23rd among top global licensers, the second automaker behind G.M, which ranks 15th, with $3.5 billion. G.M. has sold a range of goods, including speedboats and Gibson guitars with the Corvette name.

In its online shop, Ferrari advertises 42 different watches, ranging in price from $75 to $595; a pair of dice for $105; and a sky-blue suede jacket with a tiny version of its reared horse on the breast for $1,350. 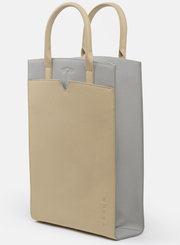 Lamborghini swimming trunks for men go for $168 and utilitarian gray hoodies for $188. Tesla’s neutral tote, “of supple automotive-grade leather, just like the seats in your car,” can be had for $300.

Extending into the experiential realm, Bentley put its name on a 1,700-square-foot suite at the St. Regis hotel in New York that costs $10,500 a night. The décor of the suite, versions of which are planned to open at the St. Regis in Istanbul and Dubai later this year, features wood, leather and stainless-steel accents evocative of the cars. They include an oversize sculpture of the winged hood ornament and jewelry boxes made at the automaker’s wood shop in Crewe, England.

But how to capture the essence of a car in a perfume? Bentley’s latest fragrance, “Infinite,” flaunts notes of citrus and cedar.

Rob Bailey, a psychologist from Oxford, England, said he laughed when he saw the new scent, advertised in the British Airways in-flight magazine last month. “My first reaction was to imagine the smell of varnished walnut and engine oil,” Mr. Bailey said. “Then I read the description and thought, ‘maybe I’m not far off.’”

Mr. Bailey, 43, said Bentley’s fragrance, which starts at $74 and also comes in a body wash and shampoo, held little appeal for him. “It’s not that I’m a cheapskate,” he said. “It’s just not a statement I think about making.”

Still, for some brand loyalists like Mr. Foster, the Bentley owner, the scent, which he bought without a whiff, inspired serious interest. Mr. Foster, who lives in Washington, works in commercial real estate and imports German wine, has three unopened bottles of another Bentley scent, “Intense,” lined up for when he runs out. He said he switched from Bond No. 9 to Bentley’s fragrance for the fall and winter, because the woody perfume was too overpowering for other seasons.

“I wanted something that no one was going to have,” he said.

But his loyalty to Bentley products is not limitless. He does not favor the carmaker’s furniture, with sofas selling for more than $14,000. For that price, he said, “I would want something more luxurious, like of a velvet material.”