Brazil is now the world’s fourth largest market. With sales of almost 4 million cars, the magical 5 million mark is not a mirage anymore. Accordingly, São Paulo, Latin America’s second largest city and the economic hub of the country, holds the grandest of the region’s trade shows.

Marking its importance, everybody’s here. From VW’s Martin Winterkorn, to GM’s Dan Akerson and Ford’s Tim Foley, not to mention assorted honchos with names difficult to spell from a host of Asian makers, everybody wants a piece of the bootylicious Brazilian pie. I can’t remember another Saloon in which more stellar members of the rarefied pinnacles of the worldwide car industry were present and making themselves so accessible to the press.

Let’s take a walk through the Salão and see the highlights according to this auto scribe’s humble point of view.

First off, Honda. The big news is that Acura will finally be making the rounds. In 2015 that is. To whet Brazilian appetites, the Japanese maker is showing off the NSX supercar concept. Brazilians are also getting their first gander at the ILX and RDX. 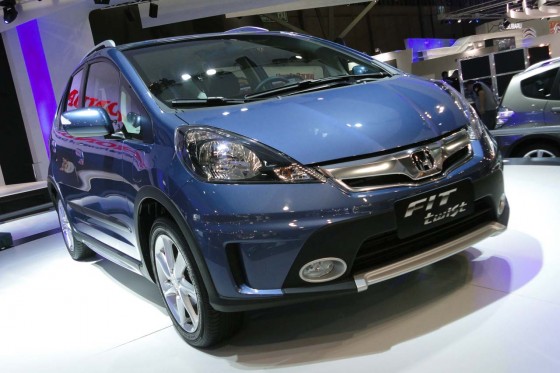 Honda proper is showing their version of the peculiar Brazilian sub-genre known as the aventureiro. Invented by Fiat, it’s nothing more than a visual package to give a regular car some of the cues of an SUV. Honda saw fit to fit its Fit with the treatment. Called the Twist, Honda’s take is maybe too tame for Brazilian tastes. At the show, Honda for some reason thought it appropriate to say that in 2014, the Civic will have a 2.0 engine as an option.

Over to Toyota. The world’s largest car maker decided to tease Brazilian with the best they have to offer elsewhere. They’re showing the 86, the Prius and two concepts: NS4 and Iiimo (with two ii), which they describe as the first tablet car. I’m sorry, but I don’t care. The 86 comes with a Toyota badge, the Prius is promised to be on sale for R$120,000 ($60,000 – look at what protectionism can do for you!). After wowing Brazilians with such potential, the reality sets in as they’re showing what they really sell us – the Etios.

Lexus has a big stand and is showing many cars and concepts. This time, they promise they’re here for real and are ready for the uphill battle against the über Germans. For sale there will be the ES and one, yes one, unit of the LFA. This one unit can be yours for two point nine million reais (one point forty-five million greenbacks)! The price was so big I saw it fitting to spell it out.

Over at Fiat, with not much to show, they decided to bring over the sisters to lend them some prestige and visits. They’re showing the Ferrari 458 and Maserati Gran Cabrio.

Of their own, they show two new versions of the 500, the Cabrio and Gucci versions and the rest of their usual line-up. Nonetheless, a visit to them is worth it, if not for the Ferrari, then for the booth babes. Fiat doesn’t disappoint here and I call them best in show! 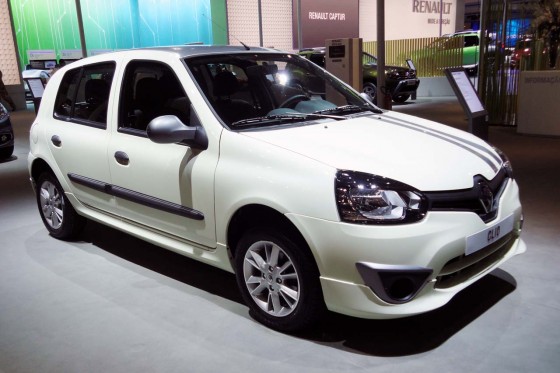 On to the French. Renault is having an important year and is making an important launch. They show the face-lifted (in Brazil by Renault’s dedicated design center in São Paulo) Clio. Still the second generation, they get a face in line with their European offerings. 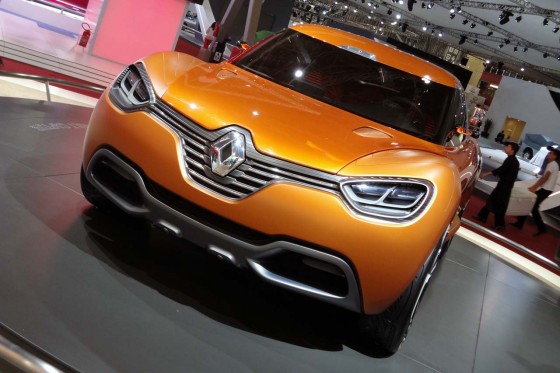 A conceptual Duster, the Juke-inspired Captur and an electric Twizy and Fluence are there to ignite imaginations. Not for us though. What really called my attention at Renault was a Willys Interlagos. This brand-new car is a replica of the first Brazilian sports car. Built by Willys in Brazil from 1961 on, it was done so under license from Renault as it used an Alpine as its base.

We well know that PSA is in trouble in Europe. Looking for some sales from their Brazilian subsidiary, Peugeot is showing the 208. It is aimed at the likes of Punto and Polo, and most comments have been very positive. Citroën’s stand however, is the real attraction. They show off the DS line and their recently launched models. For the first time in South America, Citroën’s all electric, sports car, the Survolt is on display. 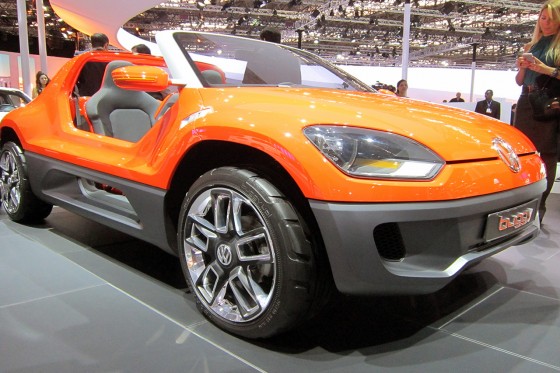 To end our European tour, VW. The Germans are showing off all the creativity they can muster using the Up! as a basis. As for concepts, there is the water-proof Buggy Up!, the GT Up!, and the Taigun that forgoes the Up! in its name.

Of course, the regular version of the Up! is there, albeit in Euro-guise. Let’s hope Brazilians are not too disappointed when our simplified version comes out. Also interesting, VW displays its Cross Coupe which can be summed up as VW’s take on BMW’s X6.

The São Paulo show is a big one for the Americans. GM is showing off its new line. The traditional  dependence of GM do Brasil on Opel is in history’s dustbin. Now, GM do Brasil is firmly tied to Daewoo. Regardless of the controversial styling, the cars are gaining lots of conquest sales. More importantly, GM also shows the Onix. This supermini is already in production and differently from the other Daewoo-based cars was developed largely in Brazil (how much I can’t say, but this always an excellent way to gain points with patriotic Brazilians). GM suits are talking of taking on the Gol. Like with the HB20, the Gol as an inspiration is evident in the car’s design. Depending on price (not announced), the car could become a contender for the title of most sold car in Brazil. [Let's just hope the Onix never makes it to germany. It means "oh,  nothing" ion German - B] 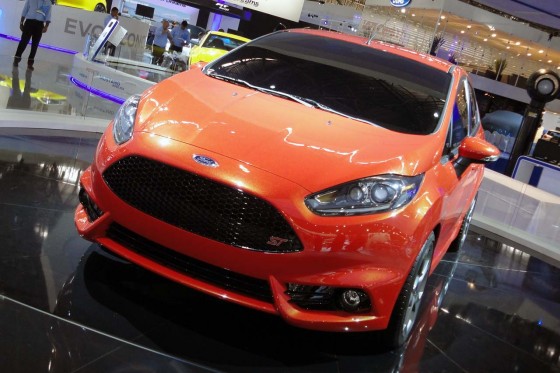 Ford is showing its new stuff, too. The highlight is the new Ford Fiesta. I don’t know if they consulted with Aston Martin, but the car’s fascia is now very British.

Also present and sporting the new family face are the Fusion and the EcoSport. Now in 4WD, the EcoSport is a darling of Brazilian consumers. The Fusion is causing a lot of shock. The first version to arrive boasts a price tag of R$113,00 ($56,500). Isn’t protectionism grand? 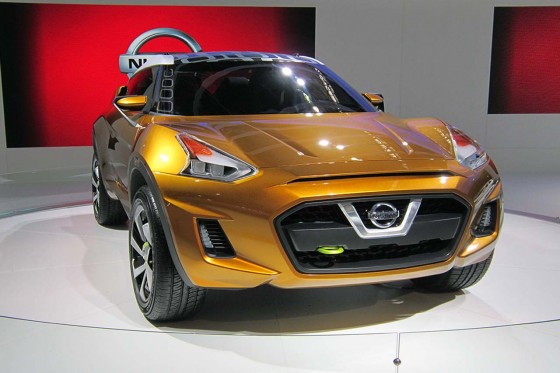 Showing that Brazilian engineering isn’t dead, Nissan of all people is showing the Extrem concept. Designed by Nissan’s San Diego, California office, Nissan swears the mechanical bits (1.6 turbo – 1.6 by Renault, turbo by Nissan) were developed in Brazil and shows Nissan’s love for my country (hahaha!). The car could turn into a future mini-SUV/CUV dedicated to fight market darlings EcoSport and Duster and future darlings Taigun and a future Onix-based Chevrolet product.

Finally, Hyundai. The great attraction is the HB20. Developed for Brazil, adaptation has happened fast. So much so that the Koreans are showing they have Brazil down pat and already have anaventureiro dubbed HB20X. Following the script more closely than the Fit Twist, the car sports a jacked up suspension, wider tires, but misses that much loved affectation, the tire mounted out back. Why, oh why, Hyundai? Also, a brand-new, imported i30 and Santa Fe.

Of course, others are here, too. BMW, Mercedes, Kia, the Chinese. The Chinese however are mostly speculation. The Mercedes and BMWs have all been seen elsewhere. Nothing new called my attention at Kia.