Grabbing attention on social media can be extremely difficult these days, with supercars having become the norm on social networks.

Of course, this means those who are on the hunt for likes, loves and other shenanigans of the sort must come up with fresh tricks and we are now here to discuss one of them - a simple glance at the McLaren 600LT we have here will deliver enough tips on the matter.

It's obvious that this Longtail Macca hasn't actually been gifted with a set of wheels and tires that would belong on a lifted truck.

Instead, the beadlock wheels and the mud-dominating rubber have simply been place next to the British supercar. And the fact that the LT suffix brings a track day aroma only makes things spicier.

This green adventure comes from vlogger Street Speed 717, who has owned both McLarens and lifted pickups, so it shouldn't surprise us that he ended up pulling this visual stunt.

However, we might be talking about an emerging trend here. For one thing, I've also brought along a Ferrari F12 Berlinetta that has been adorned in similar fashion.

And while the shoeing job of the V12 machine appears to be less convincing, the Grand Tourer still managed to capture one's imagination.

This time around, the shenanigan comes from Exotic Auto Recycling, a specialist that strips down crashed velocity machines for parts.
Here's to hoping there's more to this story than just a few giggles

Hopefully, this eye candy will only add to the hyper built around the emerging jportscar (jacked up sportscar) genre, which sees more and more SUV alternatives showin up - examples range from official efforts, such as the Lamborghini Huracan Sterrato and the Porsche Mission E Cross Turismo concepts, to individual builds coming from eccentric gear heads, like this high-riding Nissan 350Z. 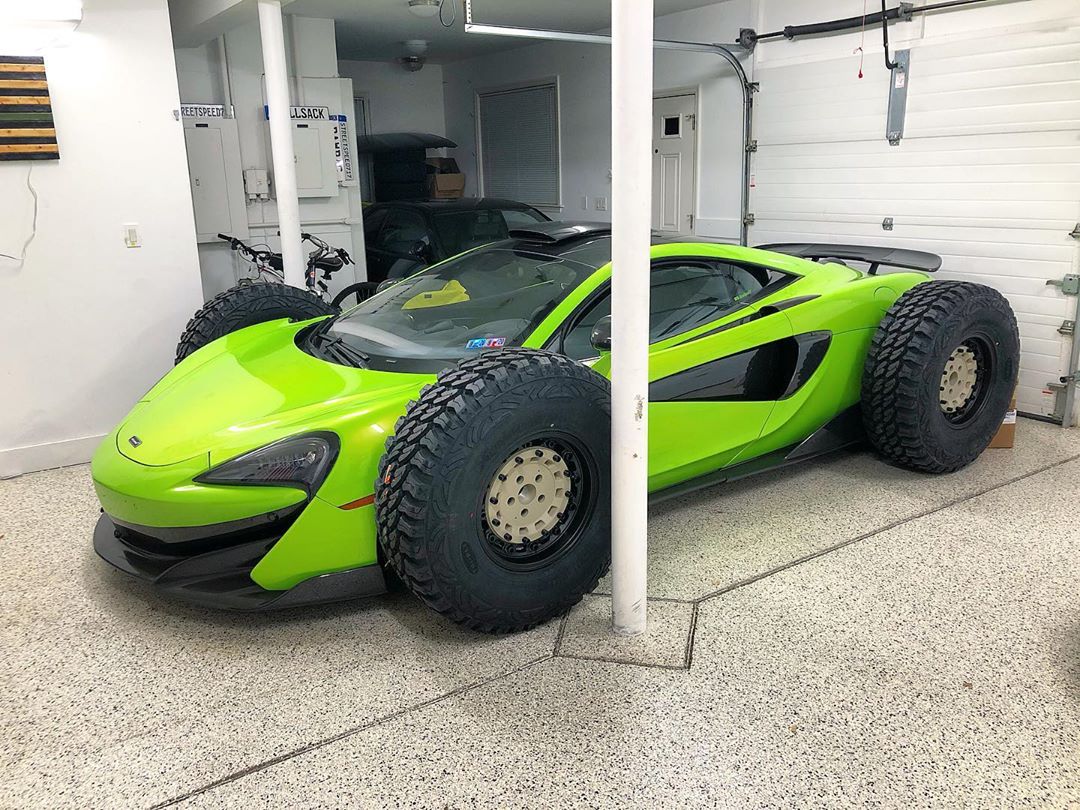 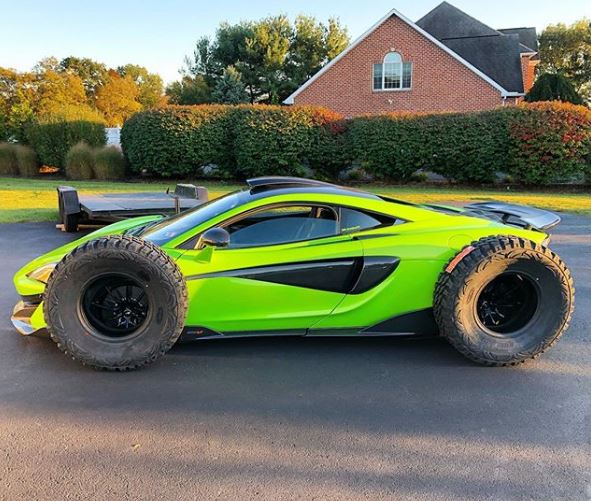 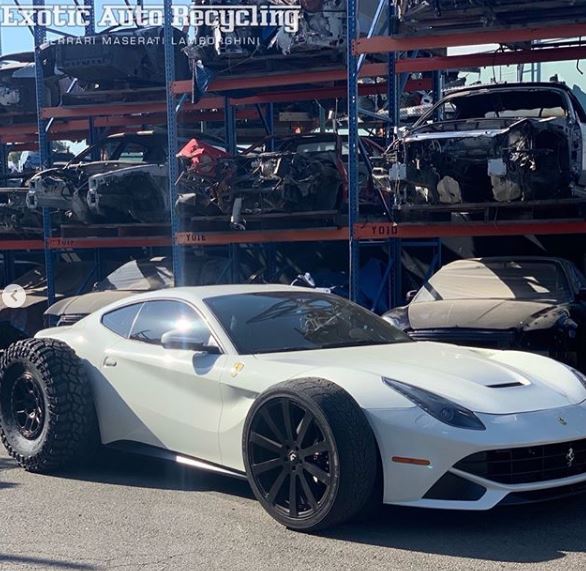 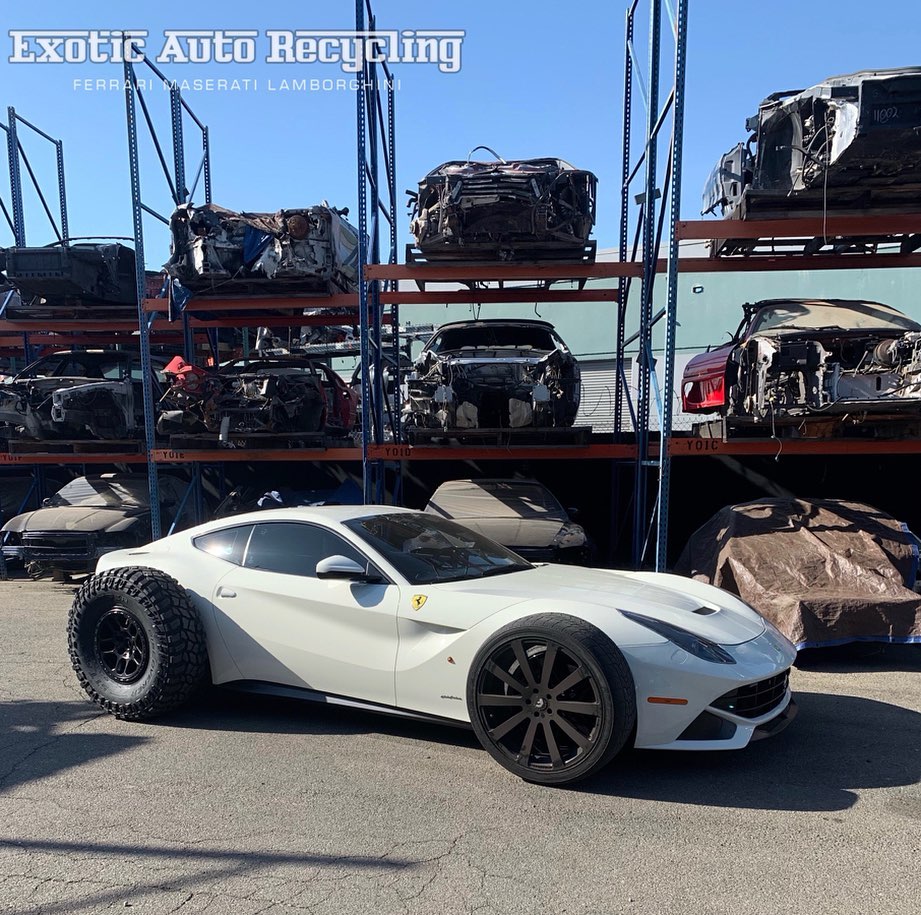