UK deliveries of rally-derived, four-wheel-drive performance car are set to begin in autumn

The 257bhp Toyota GR Yaris, the second model in the GR sports car range, has entered production at a new, bespoke facility in Japan ahead of its October launch.

The first production example left the new GR line last week, following the implementation of a new vehicle assembly system that comprises a series of individual cells connected by driverless vehicles. Toyota says this method is more suitable than the conventional conveyor belt system used elsewhere because it allows for greater accuracy in constructing rigid sports car shells and chassis.

The GR Yaris was recently made available to pre-order from £29,995 ahead of its market launch.

Interested buyers are invited to choose between the standard variant - which comes equipped with 18in alloy wheels wrapped in Dunlop Sport Maxx tyres, as well as dual-exit exhaust pipes, a leather steering wheel, keyless entry and active noise control as standard - or the hardcore Circuit Pack variant. This latter bumps the price up to £33,495 and adds a pair of limited-slip differentials, red brake calipers, sticky Michelin Pilot sports tyres and tuned suspension in the name of enhanced dynamics.

Both models are painted white as standard, but red, black and silver finishes are available as optional extras. Deliveries are set to get underway in November.

The new hot hatch, which Autocar has driven in camouflagued prototype form, has been developed by Gazoo Racing in Japan as a homologation special to aid development of the next-generation Yaris WRC. Tommi Mäkinen Racing, which runs Toyota's World Rally Championship programme, had significant input into the model.

The GR Yaris joins the GR Supra in Toyota's growing performance line-up. At the car's launch, Gazoo Racing boss Shigeki Tomoyama said: "While the new GR Supra is a sports car developed through track racing, the GR Yaris has been devised through our participation in rallies – something that many of our fans have been waiting for."

The GR Yaris is built on a special four-wheel-drive version of Toyota's TNGA architecture, with the front end of the GA-B small car platform – as used on the new Yaris – and the rear from the GA-C of the larger Corolla.

Compared with the regular Yaris, the new machine has an entirely different body, with a lower roof, three doors instead of five and significantly reworked bodywork to aid aerodynamics.

The bodywork makes extensive use of carbonfibre polymer and aluminium to reduce weight. It also includes a substantially wider rear track than the regular Yaris, along with new double-wishbone rear suspension. Kerb weight is 1280kg.

Only limited technical information was available when Autocar drove the GR Yaris, but Toyota later confirmed that the turbocharged 1.6-litre three-cylinder engine will produce a maximum of 257bhp and 265lb ft.

The engine is mated to a six-speed Intelligent Manual Transmission (IMT) gearbox, with permanent four-wheel drive delivered by Toyota's new GR-Four system. This uses a multi-plate clutch and can vary power to all four wheels, with three preset levels of torque distribution, including a wholly rear-biased one. The GR Yaris features 356mm grooved front disc brakes that utilise four-pot calipers.

Pre-orders have already opened for the hot hatch in Japan, where it's being being offered initially in limited-run RZ First Edition and RZ High Performance First Edition guises. Both models feature bodywork styling tweaks and elements, along with other design features.

The GR Yaris will be produced on a dedicated Gazoo Racing line at Toyota's production facility in Motomachi, Japan, that uses a large number of manual processes. 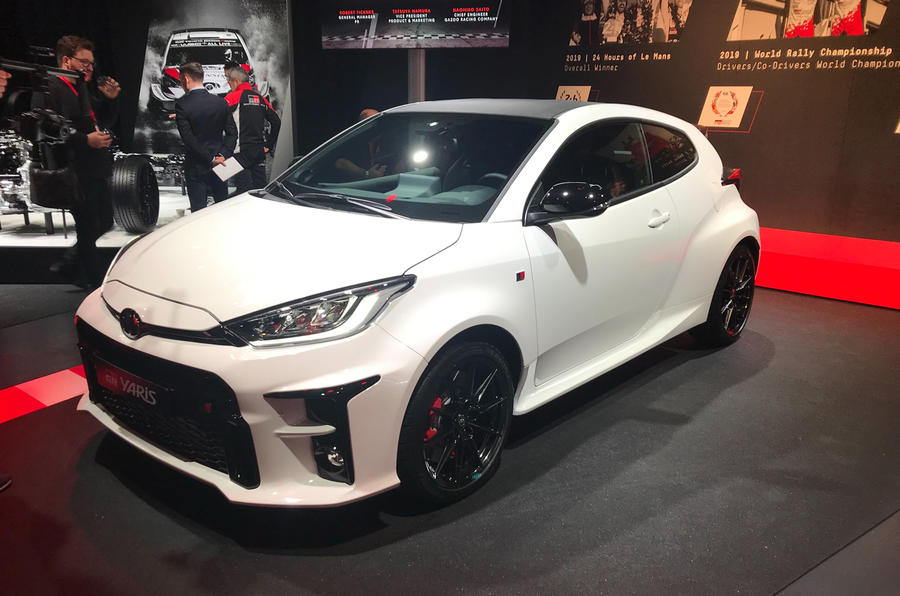 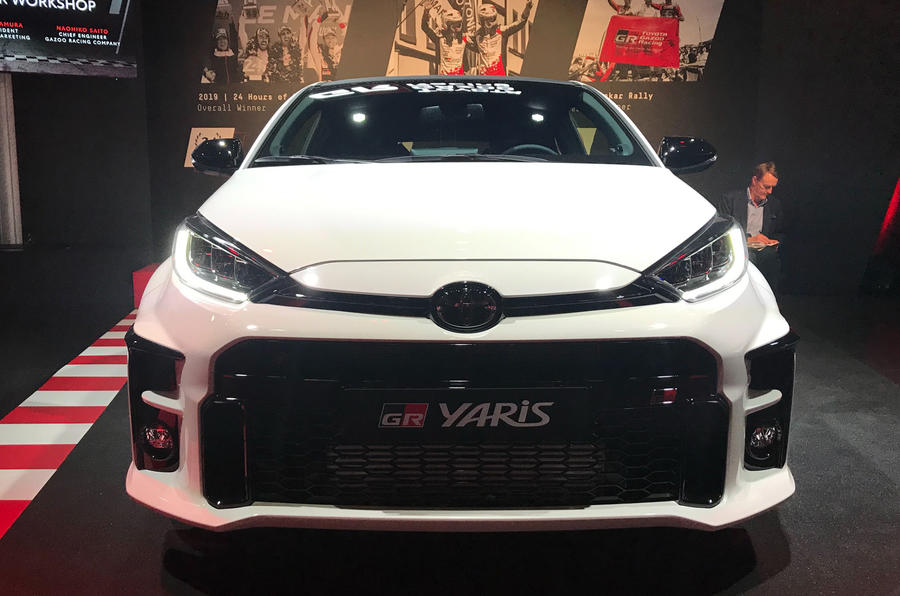 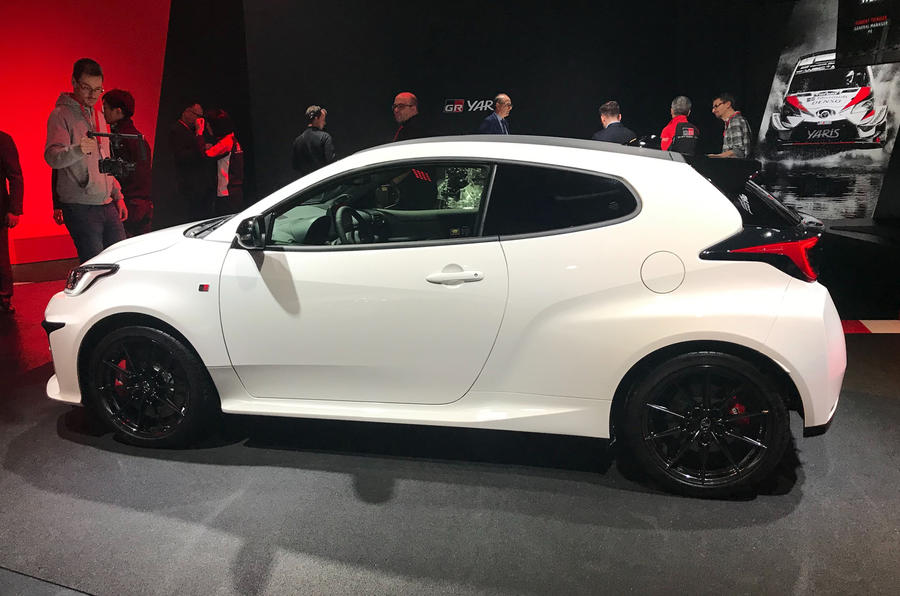 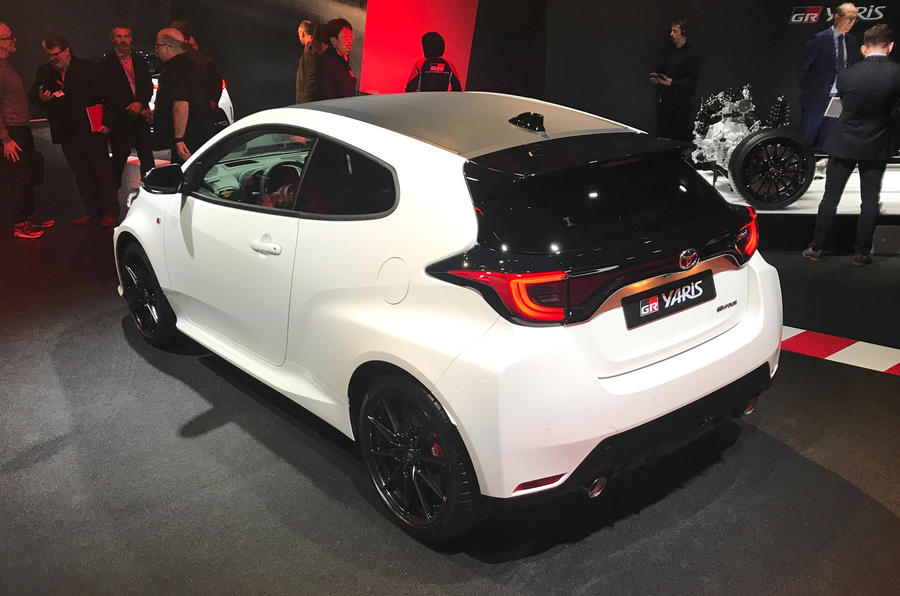