Rolls-Royce Cullinan By Mansory Is Anything But Subtle

A standard Cullinan isn't exactly a discreet appearance, but Mansory has taken the SUV's opulence to a whole new level.

Mansory never ceases to amaze us with its ability to take an already opulent vehicle and turn it into something even more extravagant. The Rolls-Royce Cullinan has a starting price of well over $300,000 and one can spend thousands of dollars on options to create the ideal specification, but what if the talented folks from Goodwood can't build the glamorous vehicle you're longing for? This is where Mansory comes in, and they'll happily convert eight examples of the world's most expensive SUV into the "Coachline" spec.

Although the Cullinan was conceived to be the most luxurious and elegant SUV ever, Mansory decided to inject some sportiness by installing larger air intakes at the front where the custom hood is made from carbon fiber. Those new side skirts are apparently more than just for show as they serve a functional purpose by optimizing the airflow, although we can't say the same thing about the "vents" on the front fenders and rear pillar. At the back, quad exhausts and multiple spoilers are telltale signs this isn't a standard version of the glitzy SUV.

As if the exterior wasn't already striking enough, open the traditional Rolls-Royce suicide doors and your eyes will be invaded by the abundance of turquoise applied even on the car child seat. It's not just the interior that has received the flashy color as even the Spirit of Ecstasy hood ornament has been bathed in turquoise, much like the vertical slats of the grille as well as the coachline separating the body's Ocean Blue and Secret Silver colors.

Mansory doesn't say how much it costs to convert the Cullinan to the Coachline specification, but we're sure it's not cheap. 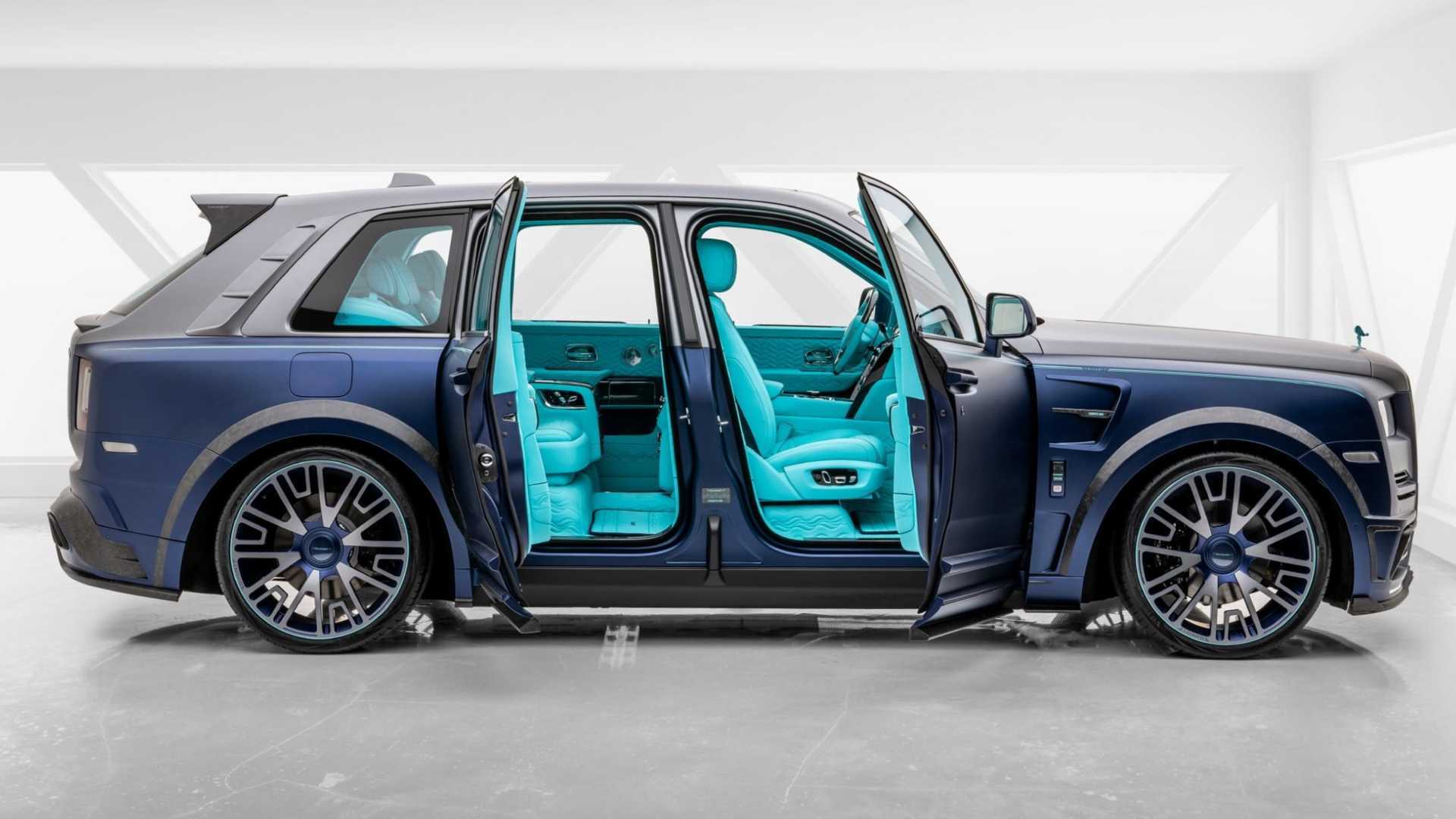