Just because you can doesn't mean you should.

Have you ever sat around and wondered how to make a kindred connection between a 20-year-old Mazda Protégé and a new Bugatti Chiron? We haven't either, and we aren't sure the folks at Life OD on YouTube considered that either. They did, however, find sufficient motivation to fit four turbochargers to the Mazda's plucky 2.0-liter four-cylinder. Quad turbo Bugatti, meet quad turbo Mazda. They're like brothers from another mother. No, they really aren't.

After watching this video, we're honestly a bit speechless. As far as cheap cars go, an early-2000s Protégé is certainly a candidate. The fabrication work is equally bargain-basement, punctuated by a trip to the local hardware store for rubber plumbing connectors. When you hit the hardware store for car parts, you know it's a quality build but it gets better. Holding all that stuff together is – you guessed it – tape and hose clamps. No expense was spared on this build, except for oil lines to the turbos. That just wasn't in the budget.

Straight up, this was clearly never meant to be a legit project. Each turbo was bolted taped to its own cylinder, with everything connected up to a janky intake tube. A test run had all the guys in the video flipping out over the air rushing out of the pipe, though to be fair, it was connected to the freaking exhaust manifold so of course air would be rushing out. A chained-up burnout in the shop came next, followed by another, and then the nitrous came out. Sparks flying during the final burnout really made the video come alive.

Did the engine actually survive the force of four turbos and nitrous? Did the turbos even make any boost at all, considering the hilarious lack of effort in assembling this monstrosity? We'll let the video do the talking, or if you just want the grand finale, skip the lengthy in-shop antics and jump to about 11:45 for the show. 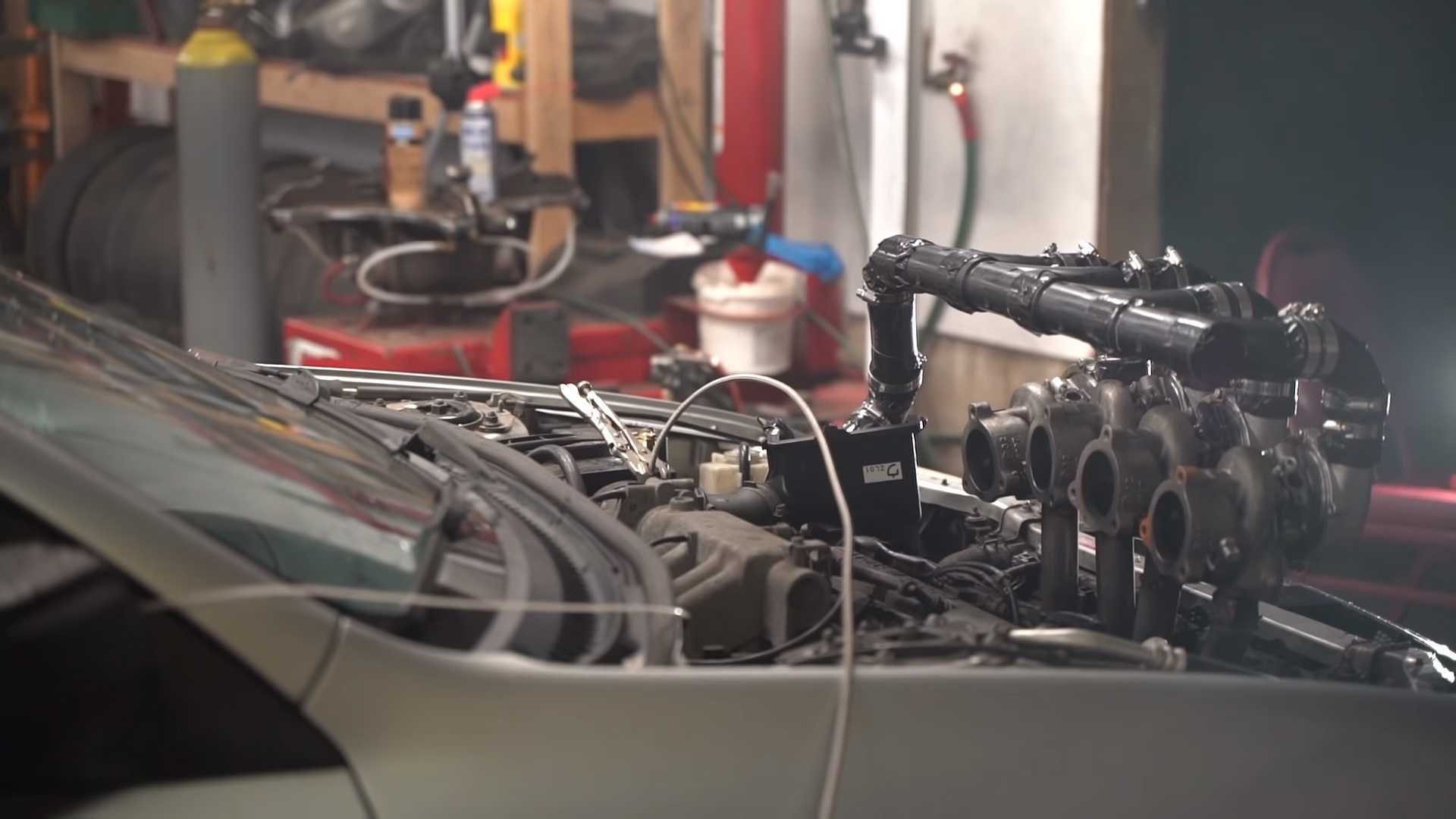 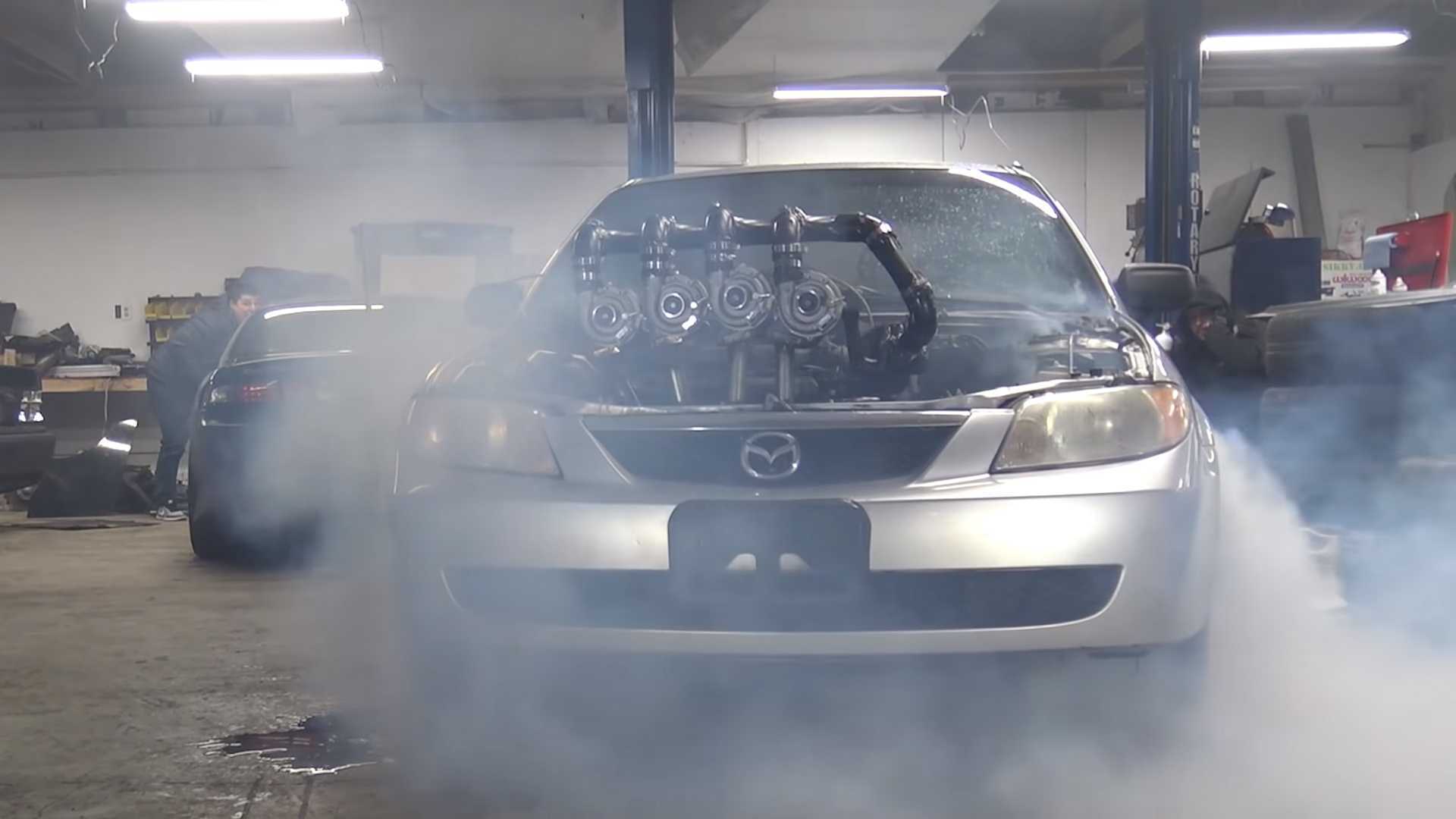 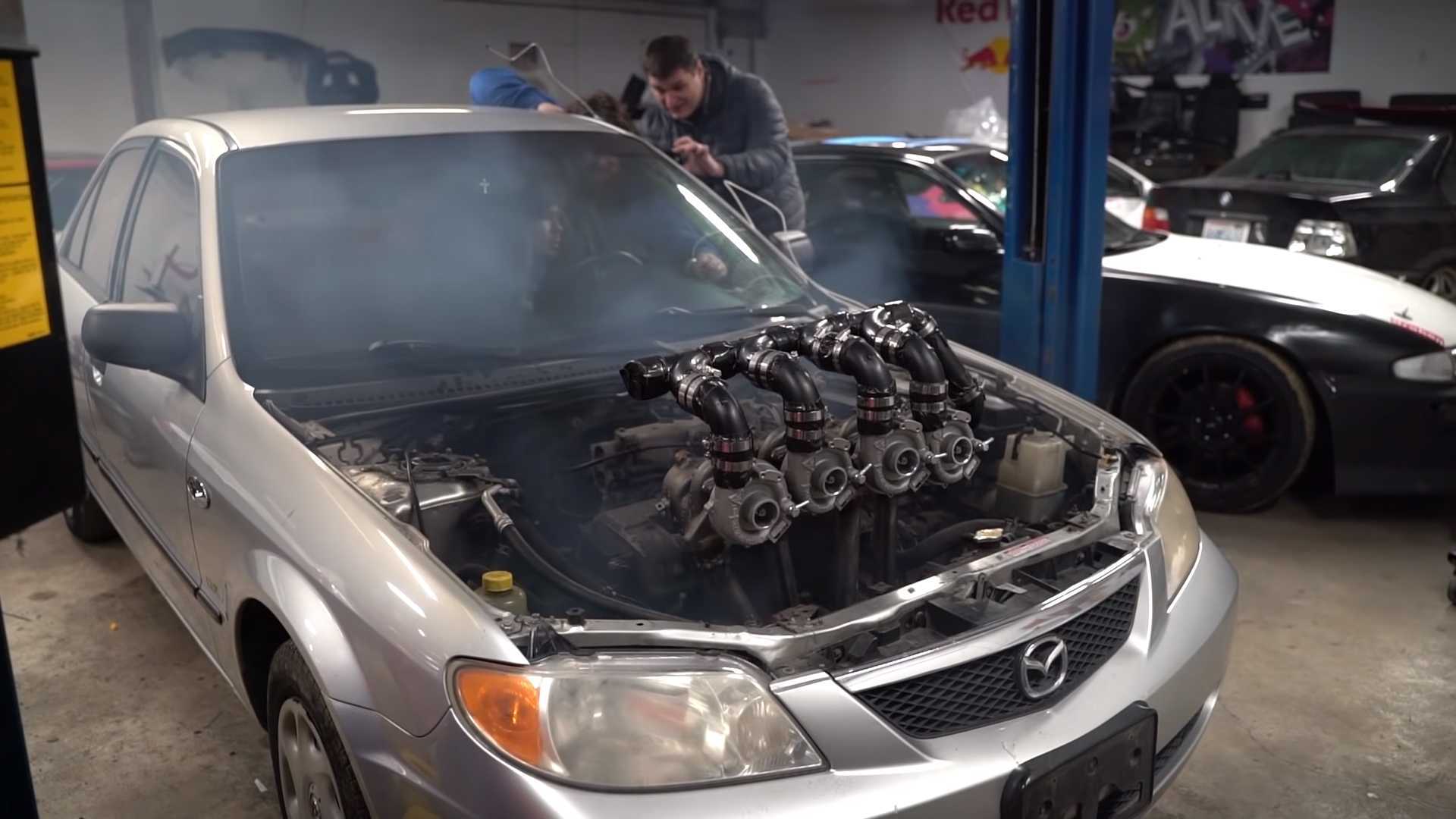