The all-new (and ridiculously quick) Roadster wasn't the only surprise Tesla had in tow for its belated reveal of the Semi as Elon Musk also briefly previewed (teased?) a pickup truck. Not an ordinary pickup truck, but one that can carry a pickup truck. These are the words used by Tesla's head honcho, who also mentioned the workhorse is based on the semi and that it can be legally driven with a regular driver's license, admitting it's "kind of wrong."

If you're following Elon Musk on his personal Twitter account, you might remember that back in September he was asked whether there will be a Tesla pickup. Here is what he had to say:

It's too soon to say whether the pickup truck will actually be built as this could just be a design exercise to tease those that have been dreaming about owning a Tesla pickup. Of course, with the pickup truck business being huge in the United States, it might just happen eventually to allow the Palo Alto company grab a piece of the action.

Taking into account focus is currently on ramping up Model 3 production and at the same time prepping the Semi and a second-generation Roadster, it means any potential pickup truck will have to wait. As such, don't expect to see it until the end of the decade. In addition, let's not forget Tesla has already teased the Model Y, a smaller crossover slated to be positioned below the Model X. It's due in 2019, though knowing Tesla, we're not so sure it will actually be launched before 2020. The company has a lot on its plate right now and the pickup truck likely doesn't rank high on the list of priorities, but it could come to life in the long run. 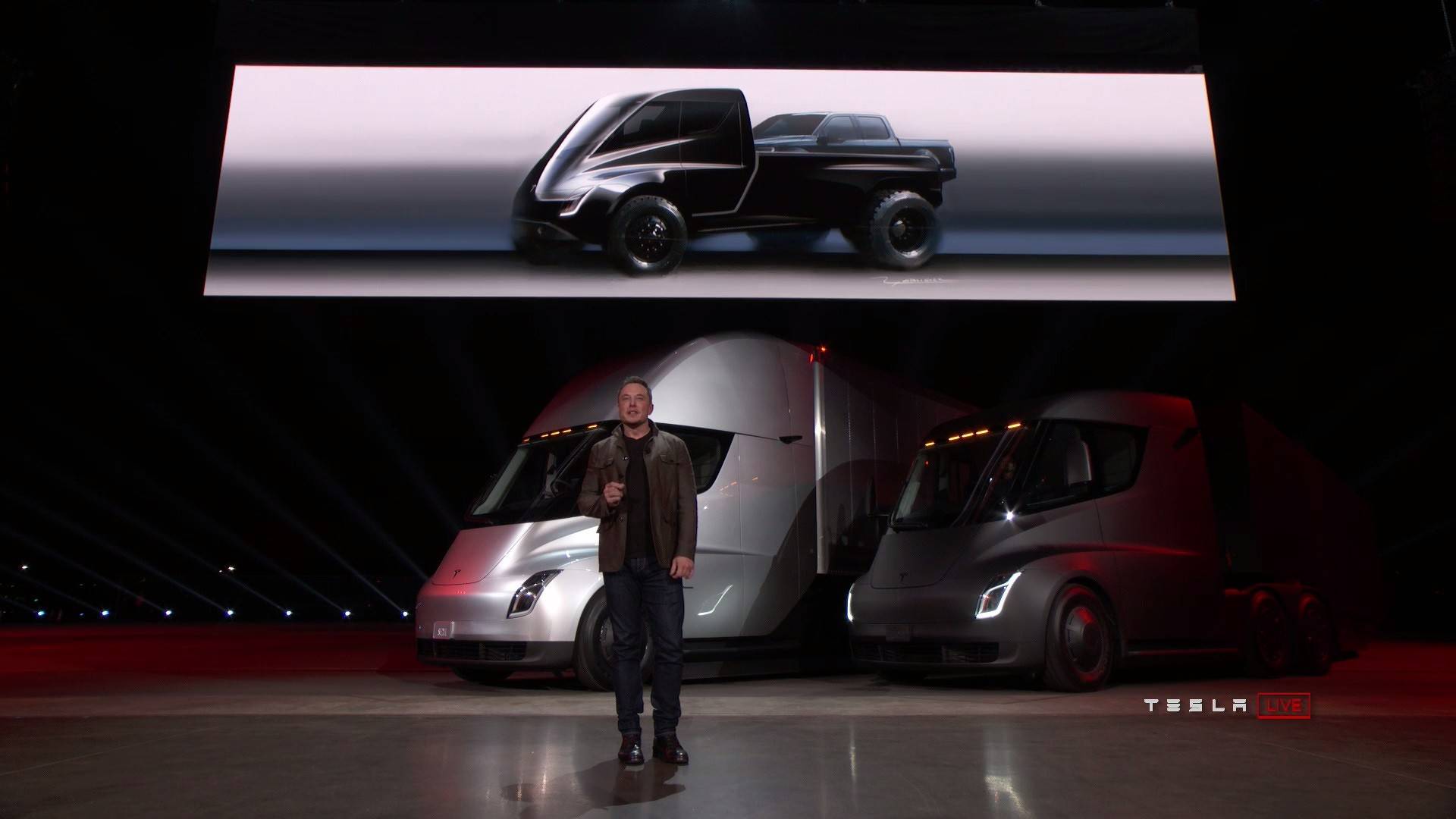 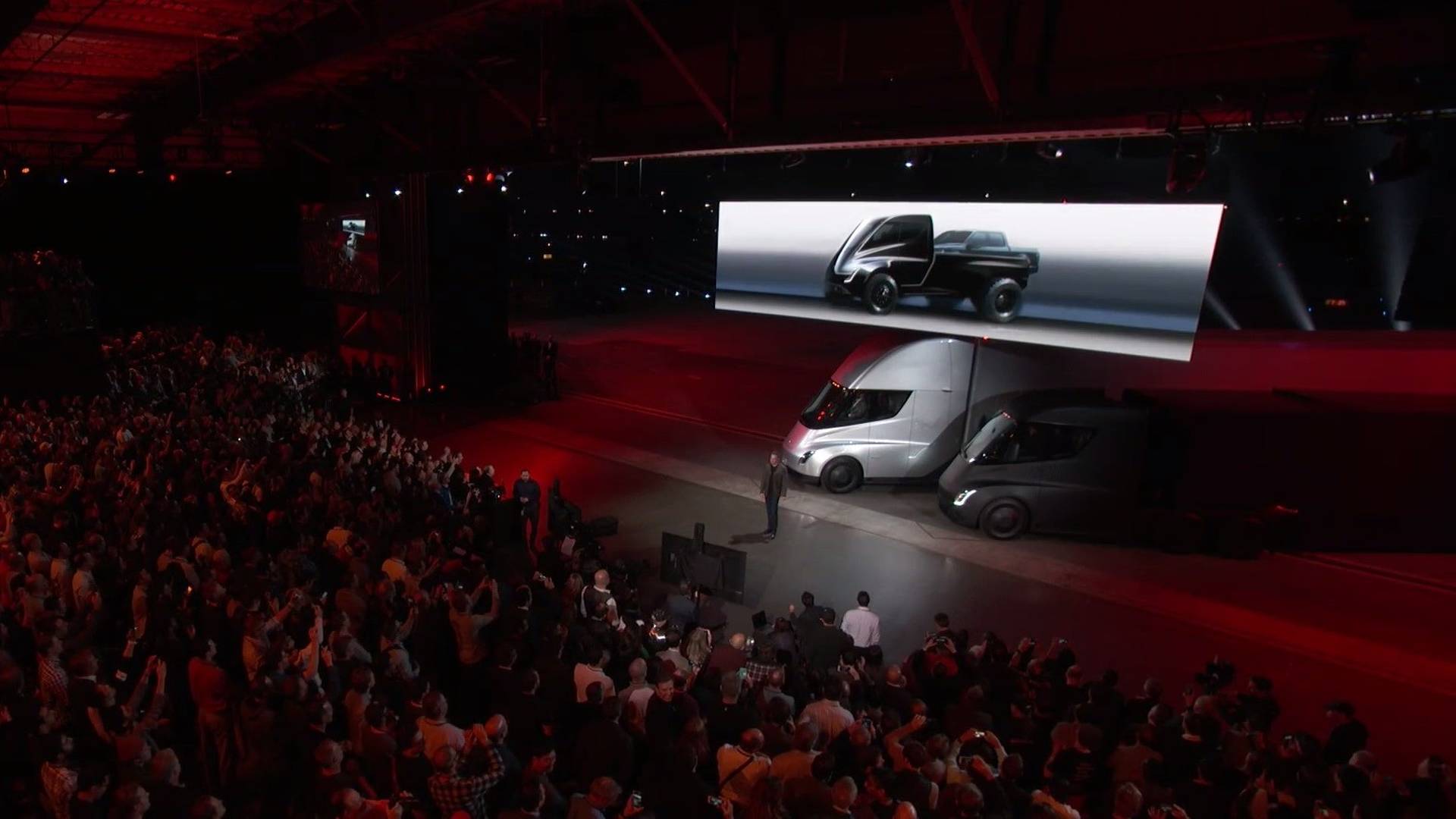 You can watch the full presentation at the source link. Jump to 9:30 if you want to hear Elon Musk talk about the pickup truck.