Teslamino Is A Short Cut To An Electric Pickup Truck Tesla Model S gets a little taken off the back.

Tesla is set to unveil its electric pickup truck later this year. That's great and all, but what if you have a current need to, say, haul a pair of sweet Alta Redshift electric motocross bikes out to the desert for some serious riding? And, you don't want to burn gas doing it.

That's the issue Michael Bream of EV West fame and a friend have been dealing with recently. The pals have been driving out to the desert on weekends to bash around the battery-powered bikes, leaning on a Ford F-150 to make the trip and burning $80 in gasoline each time. After batting about some ideas, lightbulbs went off and the Teslamino project was born.

Part of the business on EV West involves buying Tesla vehicles for their batteries and other components, so the EV conversion and speed shop has a number of the lifeless beasts lying around. So, long story short, Bream and friends descended on a working example of a Model S with a Sawzall reciprocating saw and a grinding wheel and started slicing away chunks of aluminum.

When the smoke cleared, they realized they were indeed onto something. The car seemed to keep its structural integrity, and with no roof back of the B-pillar, the bikes fit snugly inside. If you're a fan of Australian utes — or the old Chevy El Camino or Ford Ranchero, for that matter — this chopped up Tesla may be pulling at your heartstrings right about now, but here's a warning: you ain't seen nothing yet.

The Teslamino is a work in progress and judging by the conversation InsideEVs had with Bream, the future should find the finished version of this modified Model S significantly more irresistible. Picture this: the bodywork smoothed out and the passenger compartment re-enclosed, a set of beefy Goodyear Wranglers on the 19-inch wheels helped out by a couple of inches of lift, a bush bar and lights on the front, and a roll bar in the back.

To aid in its role as an electric motorcycle transporter it will feature a few other touches as well. They plan on fashioning a stay for the front wheels of the bikes, to help keep everything secured in place while driving. The frunk will be home to an additional 16 kWh battery pack that can recharge the 5.8 kWh packs on the bikes, allowing for lots of hours of riding. 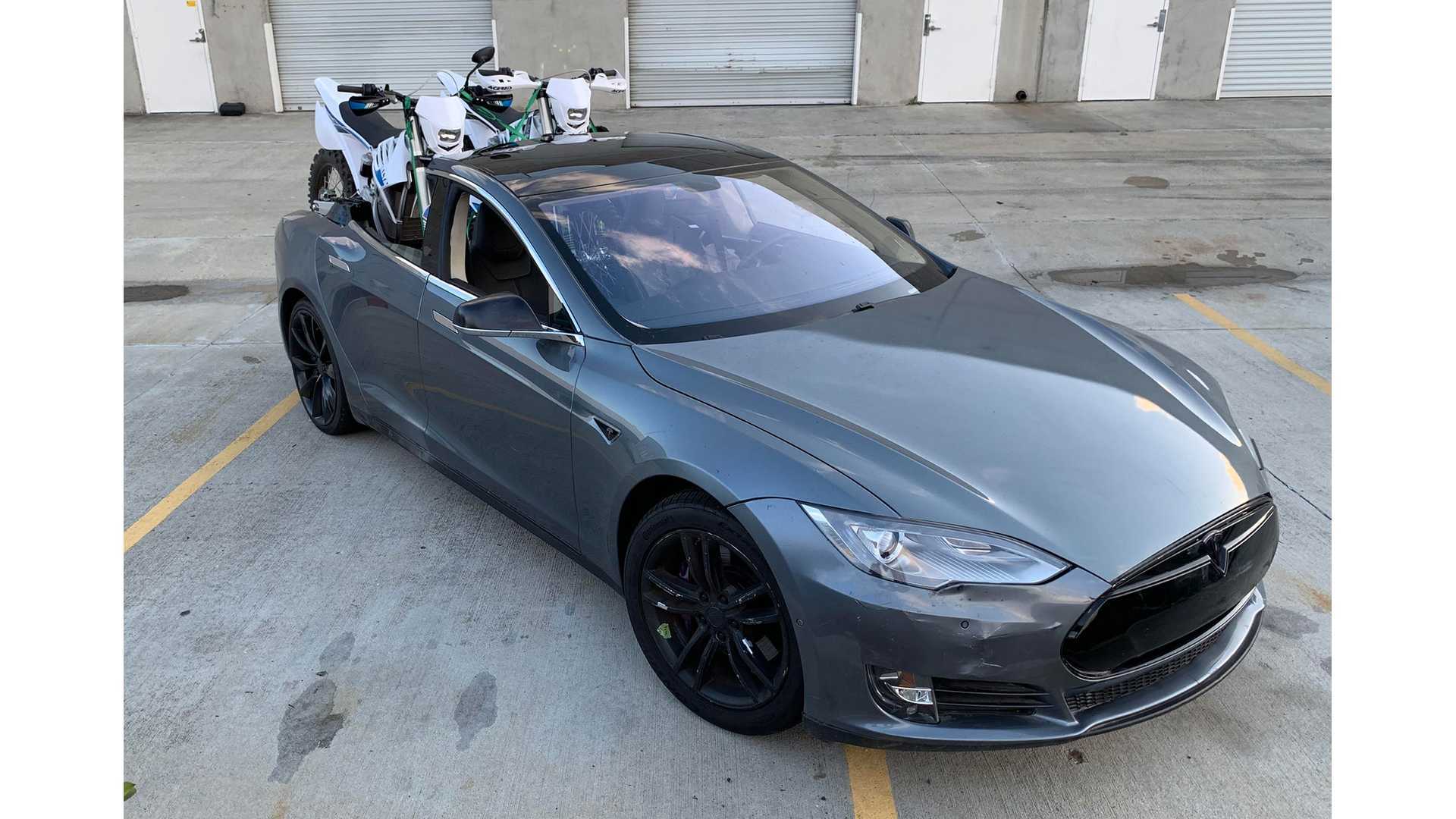 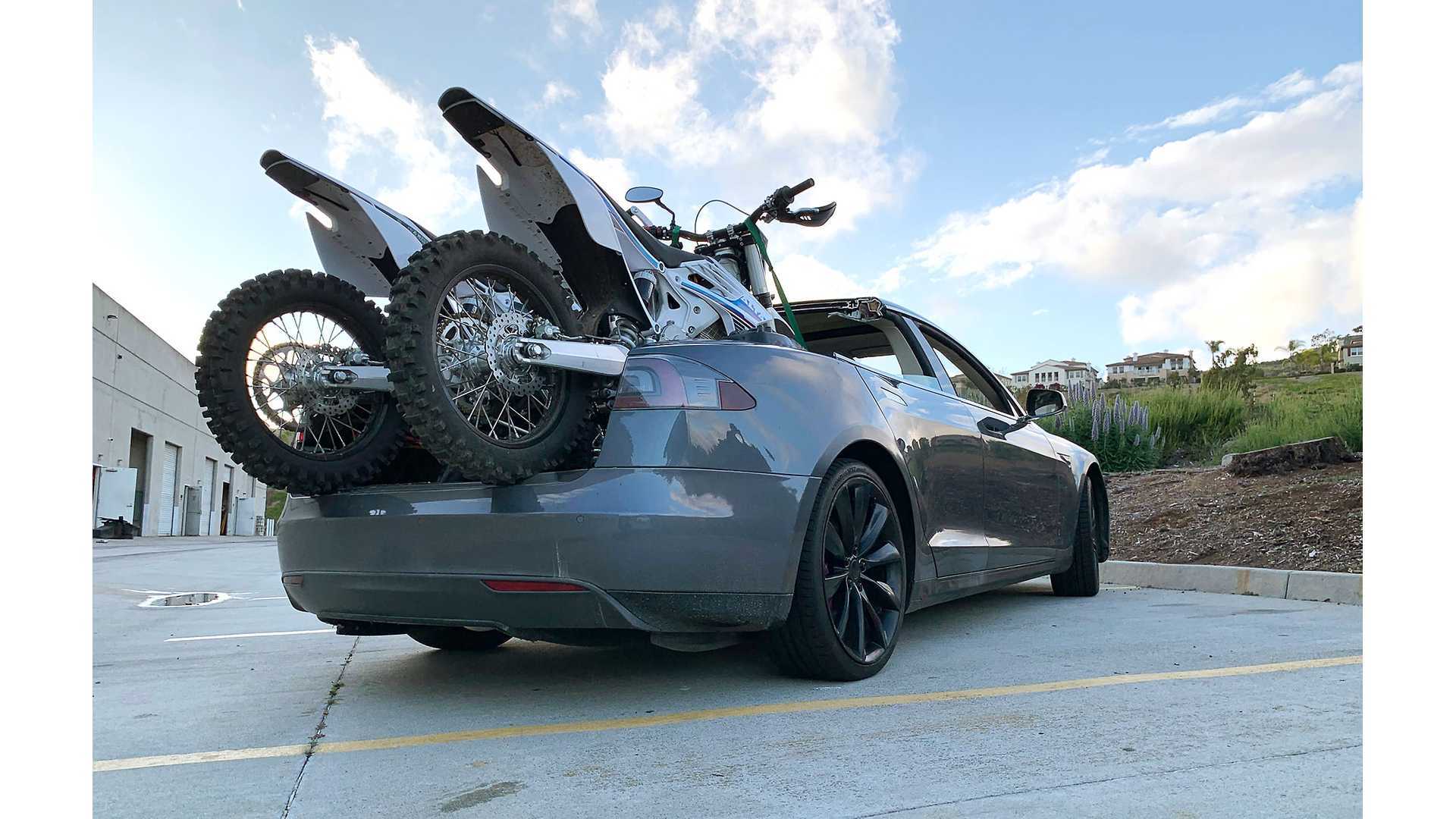 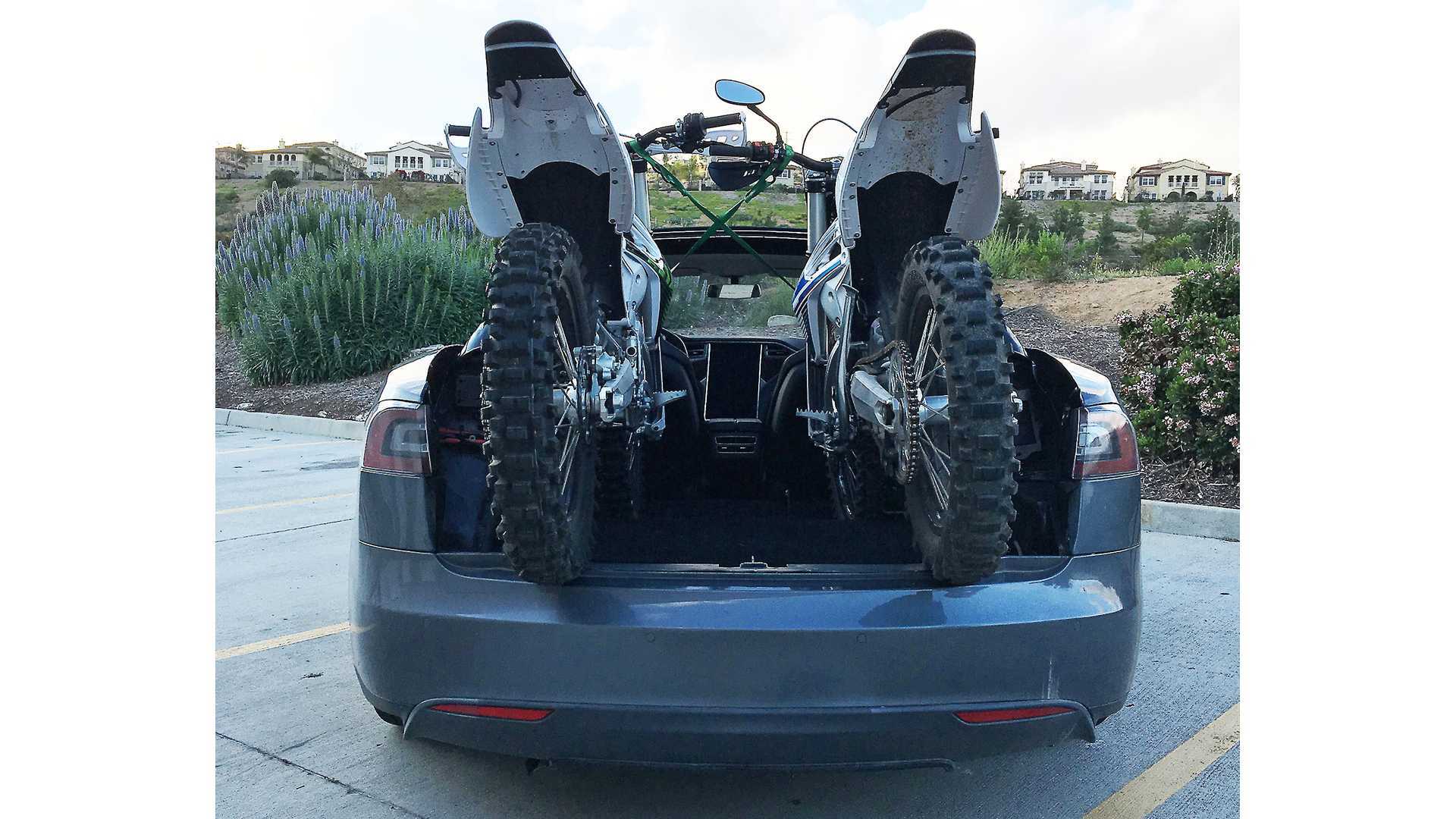