These Mad Bikes and Trikes Are Powered by Chevy V8 Engines, Develop Up to 563 HP You might not know it, but there is a pack of motorcycles and trikes out there that get their power from engines one would otherwise find on exciting series-production machines or on high-profile custom car builds.

Some of them are featured in the gallery above, and all have come to be thanks to a Tennessee-based company by the name of Boss Hoss Cycles. For the past 30 years, the company has been building two- and three-wheeled contraptions powered by GM engines, so powerful that they are playing in a league of their own.

As far as history is concerned, Boss Hoss is the first builder that somehow managed to squeeze V8s inside motorcycle frames, make it work, and then start series production. The entire range of products that were available over time includes four bikes (Standard, Standard Bagger, Super Sport and SS Big Block) and five trikes (Willys, Coupe, Gangsta, 57 Chevy, and Sierra).

They are all powered by a host of GM engines, have power outputs of up to 563 hp, and are linked to either 2-speed semi-automatic transmissions with reverse, or 4-speed automatics with overdrive.

The biggest engine deployed by Boss Hoss on its builds is the 454ci (7.4-liter) small-block that made its way on the Standard and Super Sport. Used this way and linked to the 2-speed semi-automatic transmission, the engine cranks out 563 hp and 749 Nm of torque.

As you might imagine, the fuel consumption ratings for them are insane: the official numbers for the two models using this engine is 16 mpg city (14 liters/100 km), and 21 mpg highway (11 liters/100 km).

Both these motorcycles ride on 63 mm inverted forks with 3.5 inches of travel at the front and dual coil over shocks at the rear.

These bikes and trikes sell for prices that can go well above $70,000, and can be had through Hoss Boss' dealer network in the U.S., Europe, and even New Zealand. 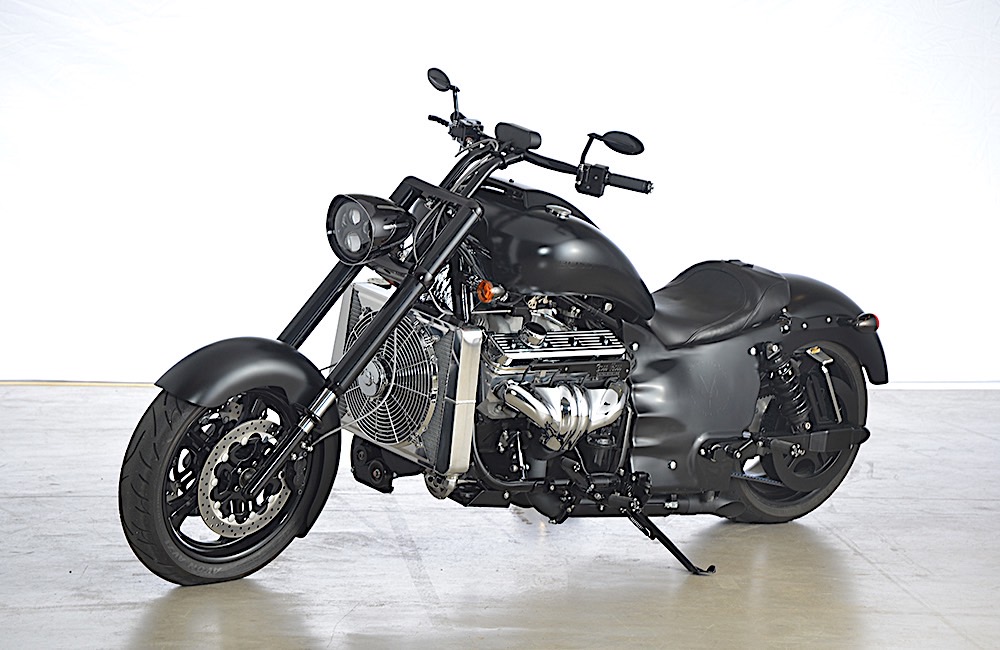 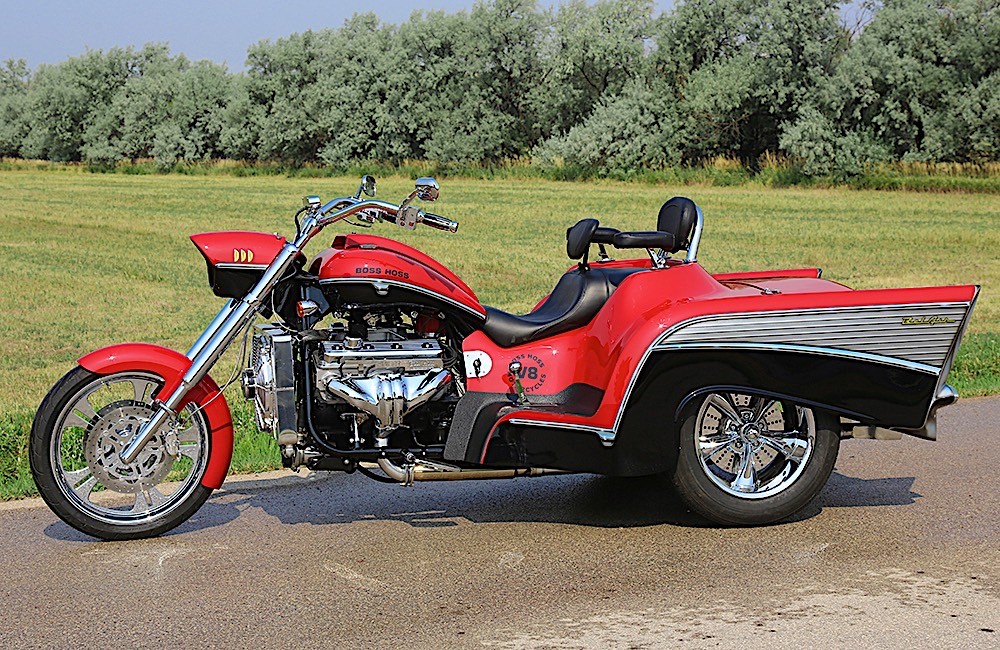 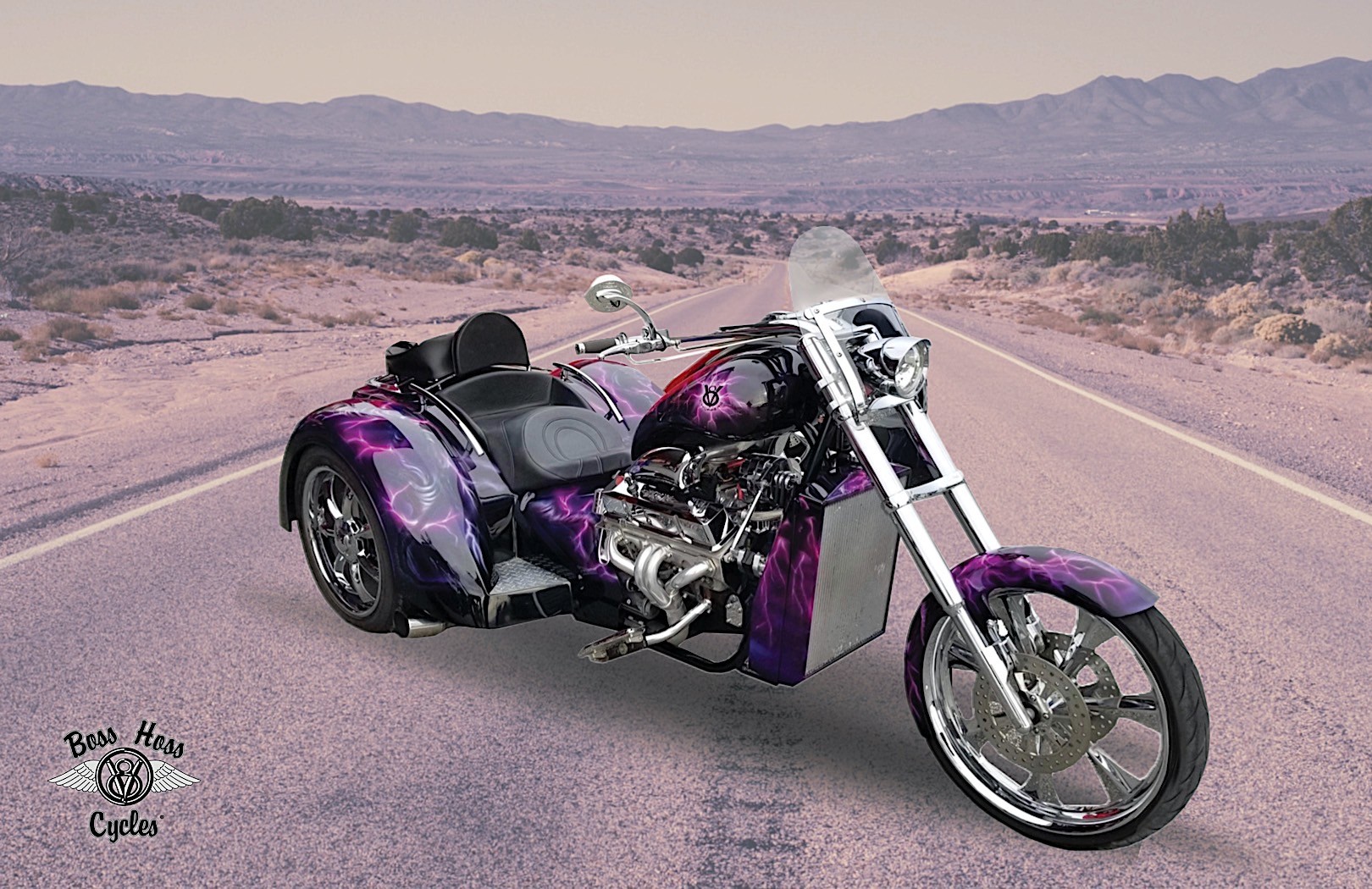 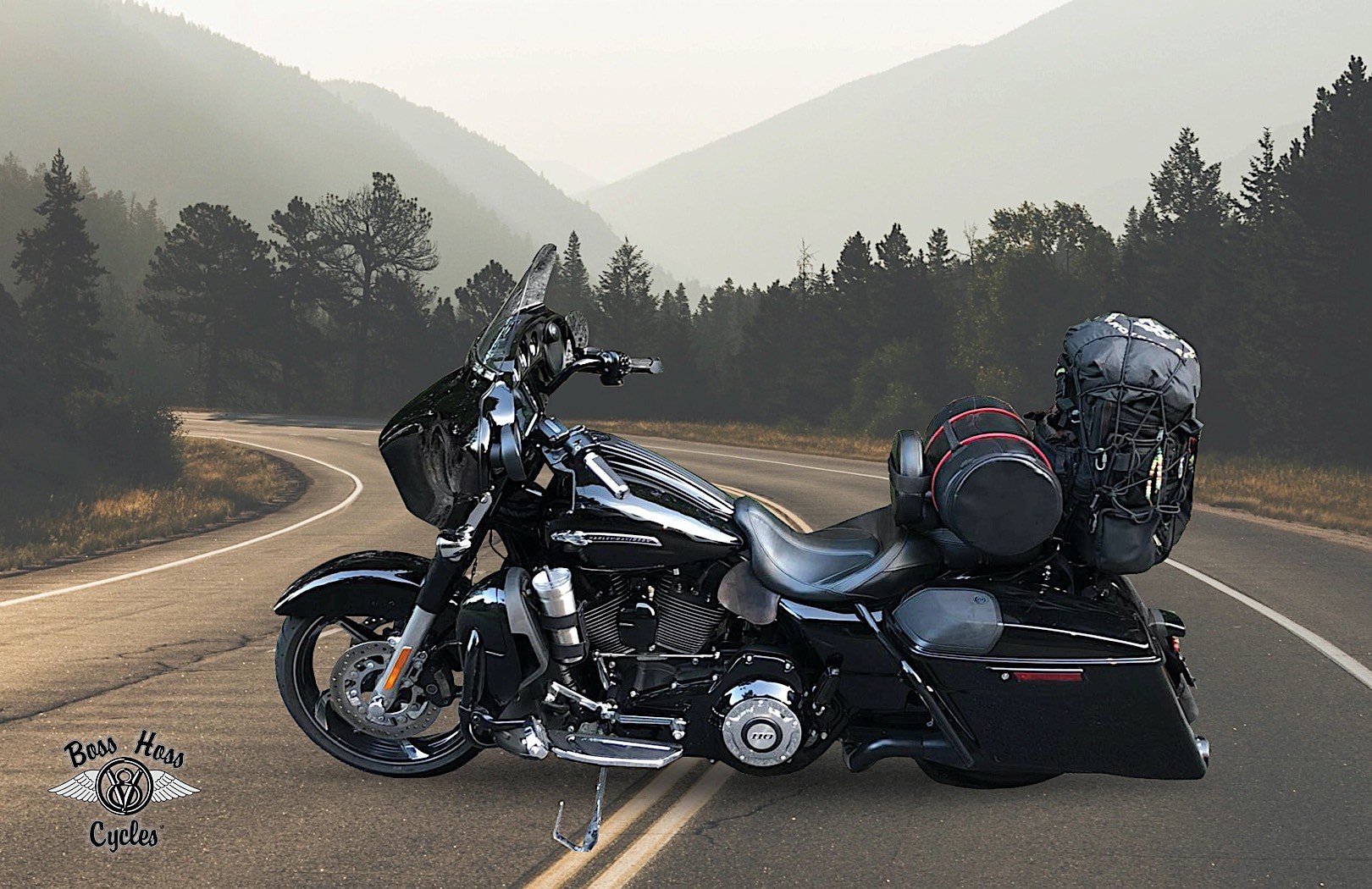 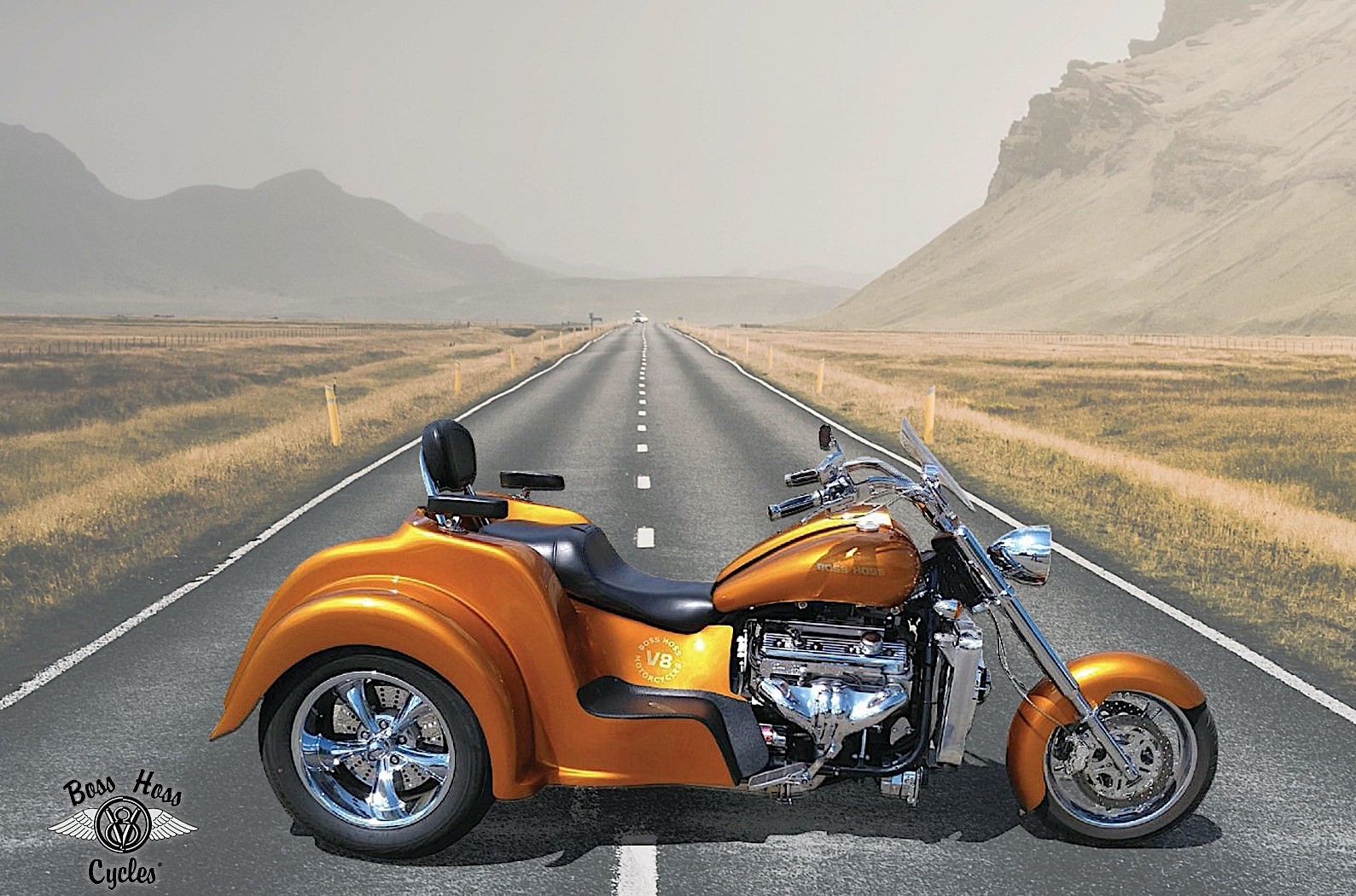 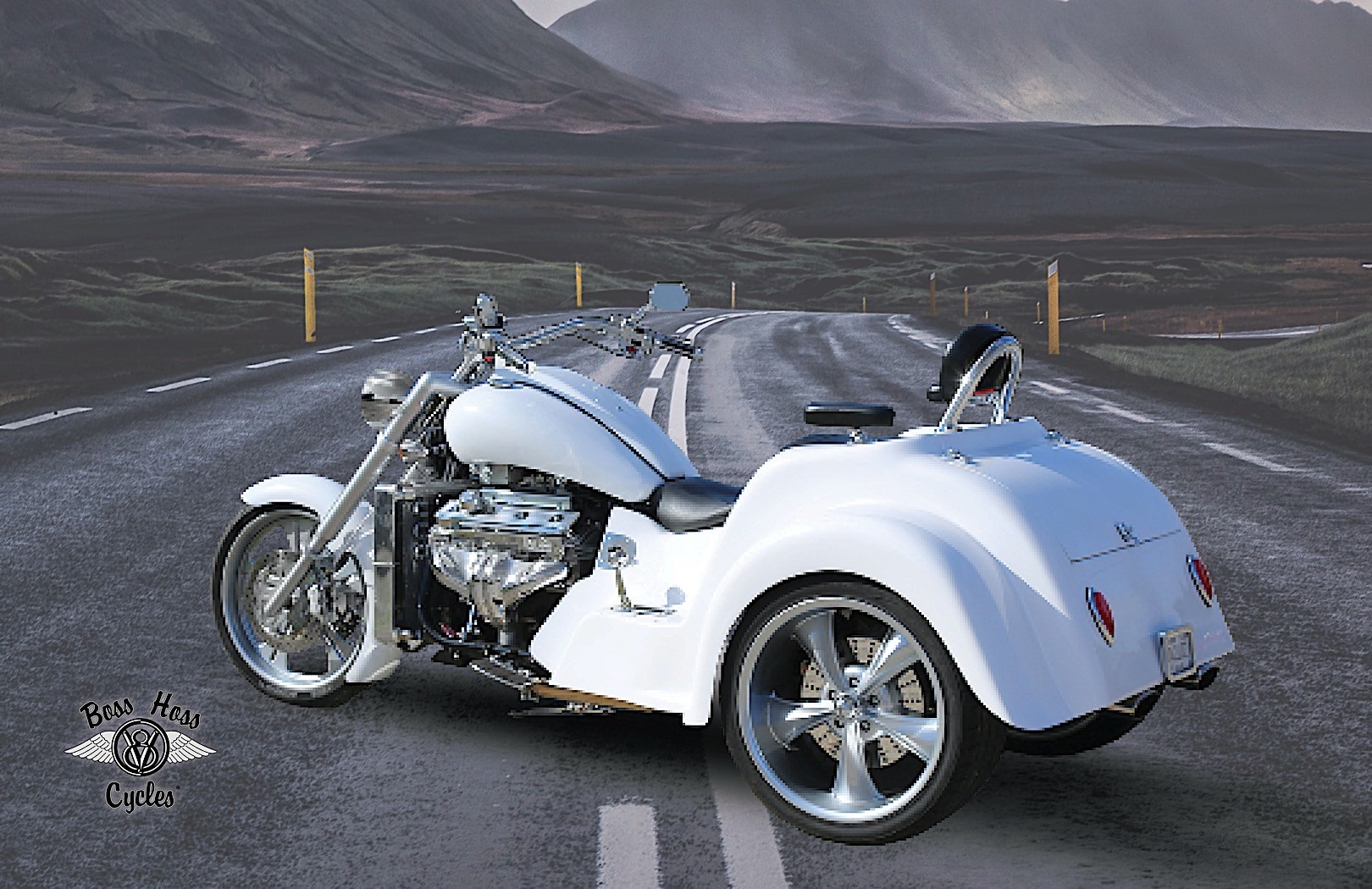 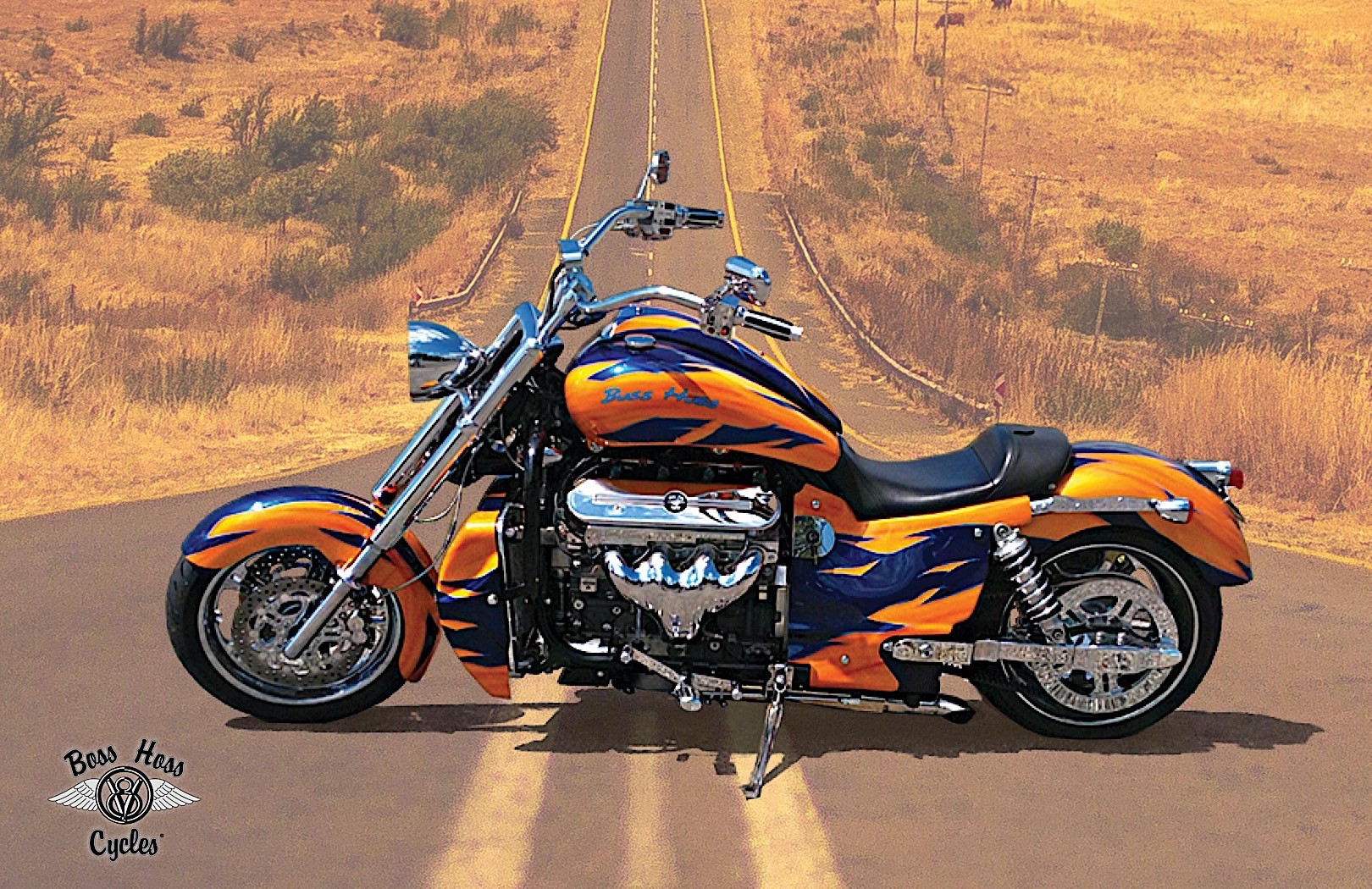 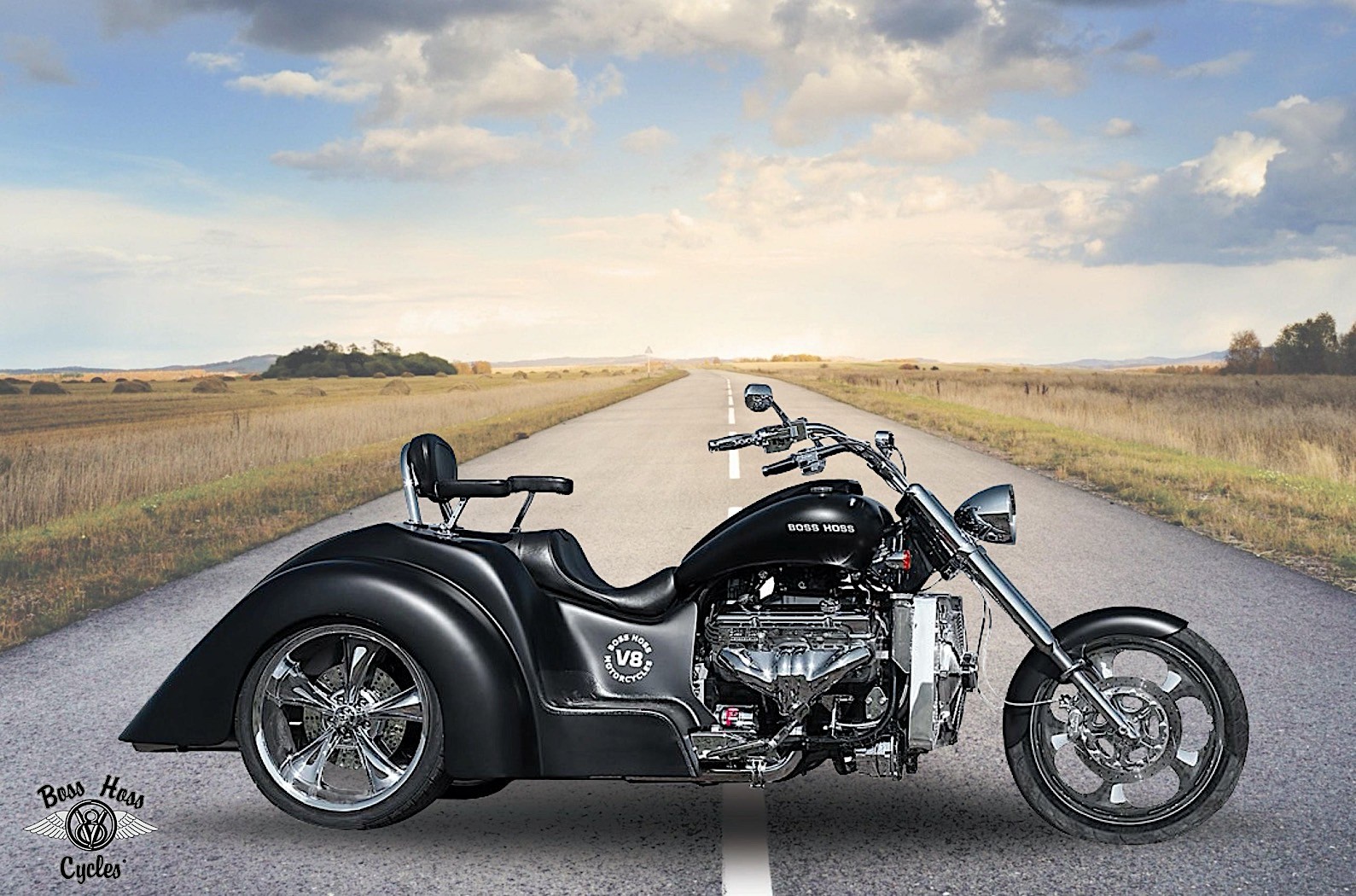 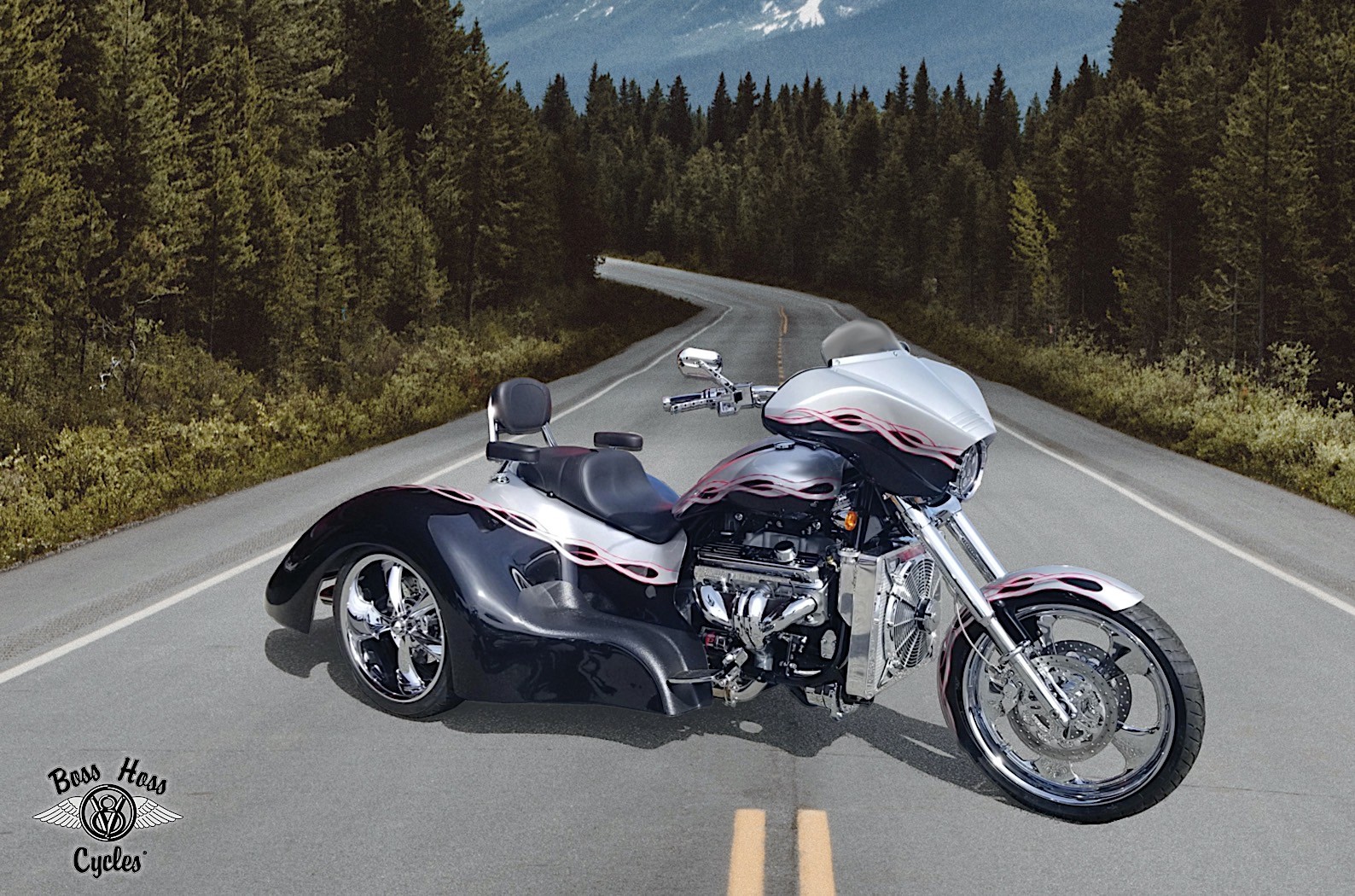 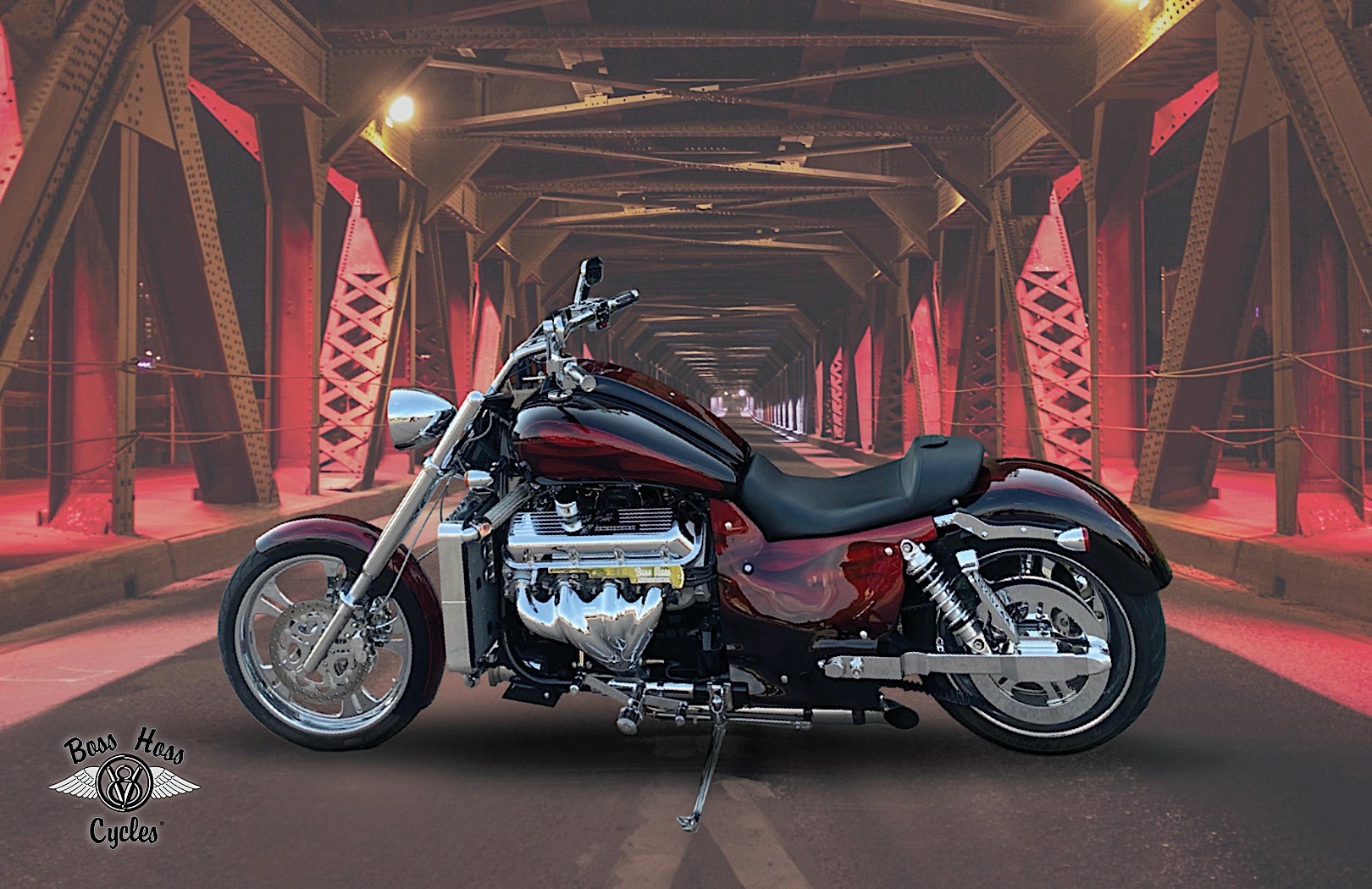