The Grand Tour's tent continues its journey around the world for the sixth episode of the new car-centric show. Jeremy Clarkson, James May, and Richard Hammond have played around in the desert, built eco-cars, and ruined Italy. Will this week's antics be any tamer?

1. They're in cold, snowy Scandinavia 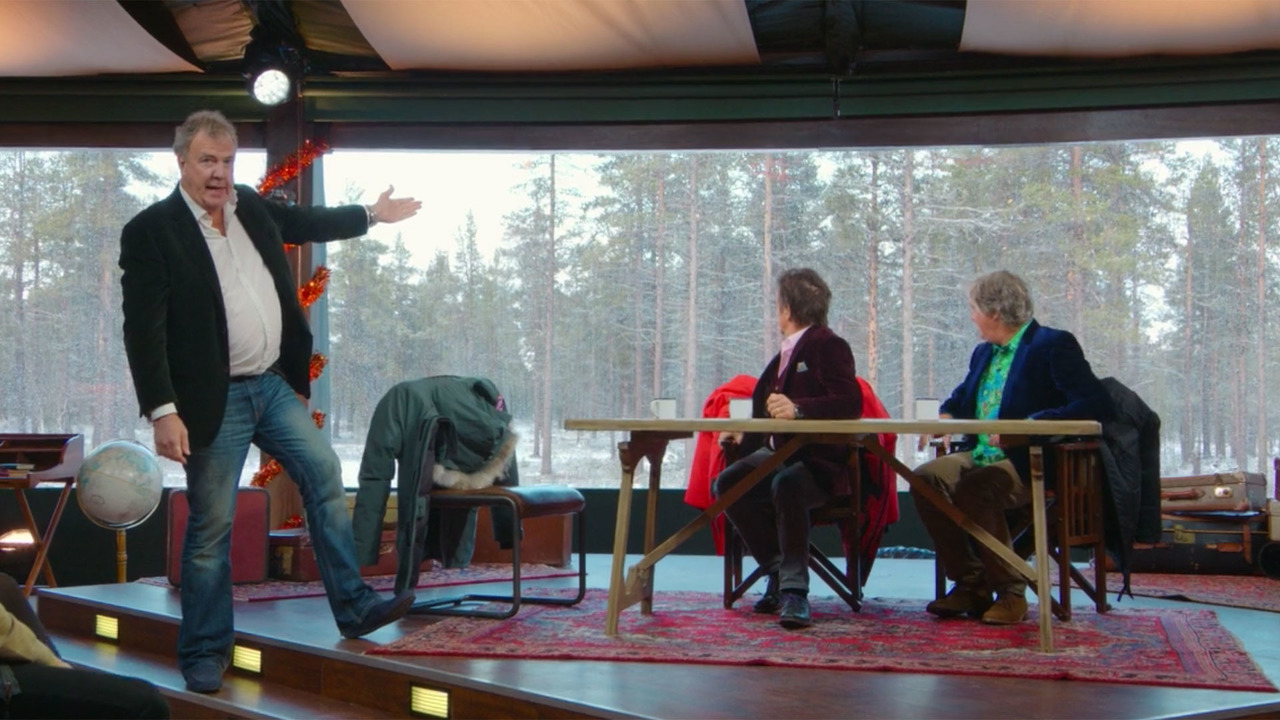 Finland, to be precise, which is home to a remarkable number of racing drivers. Perhaps driving around in snowy and icy conditions helps hone rally reflexes?

2. Richard goes to the port to welcome an immigrant to the U.K. 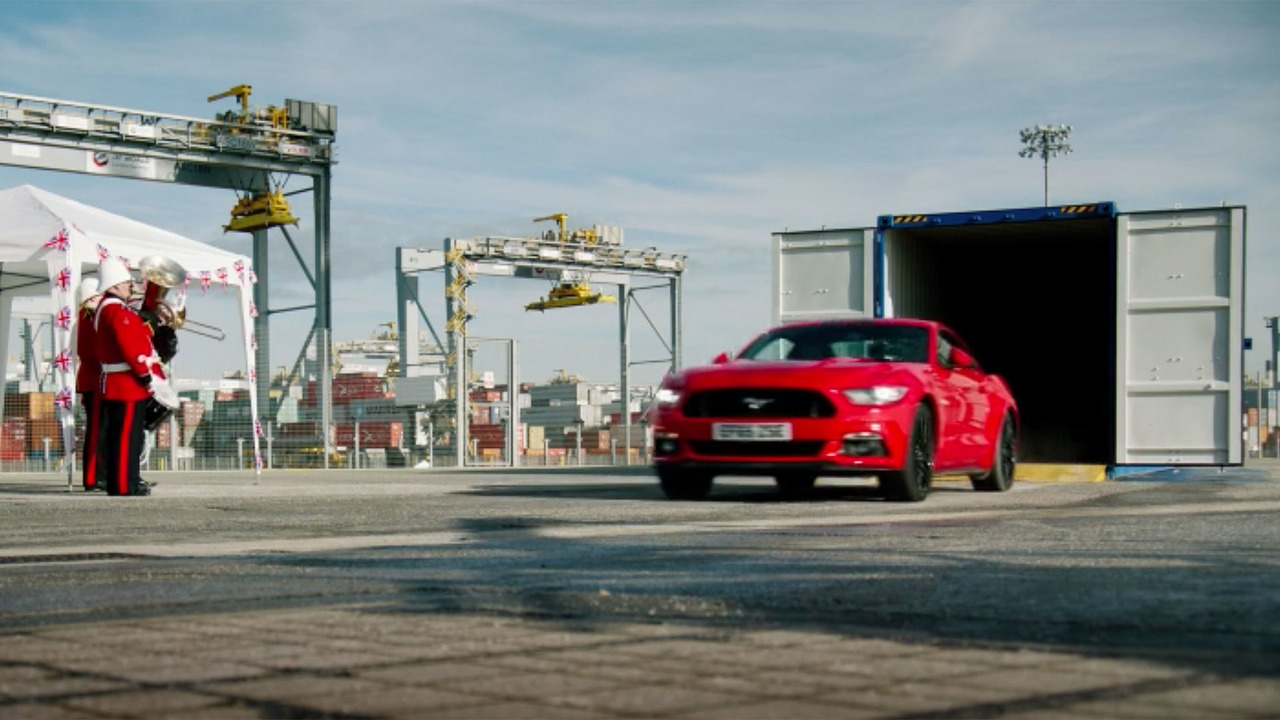 It's a Ford Mustang – which, for the first time ever, is officially being sold in Europe. For Americanophile Hammond, it's glorious news that he can get a right-hand-drive Mustang.

3. But someone always has to ruin the fun 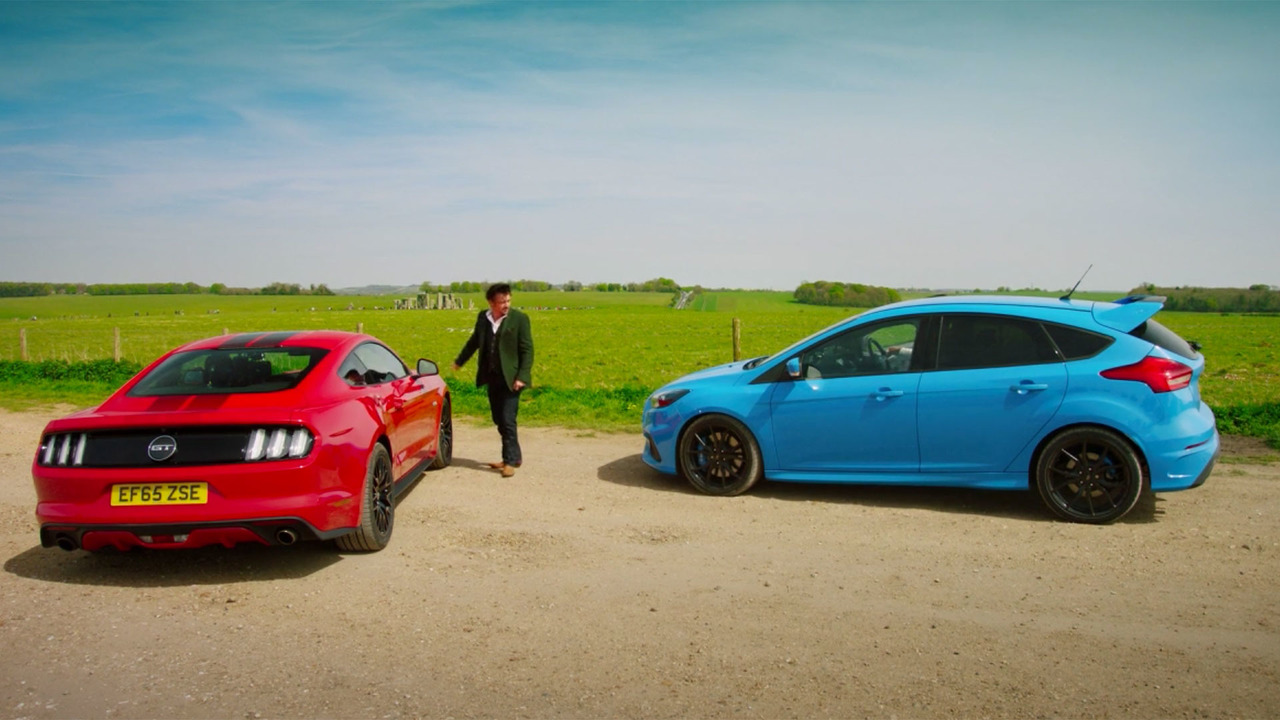 It's Clarkson in the Ford Focus RS, a car he argues is far better suited to British roads than the load, brash American. Driving a Mustang in Britain is like wearing a Stetson there, he argues. Right then.

4. But first, a scientific test of chocolates 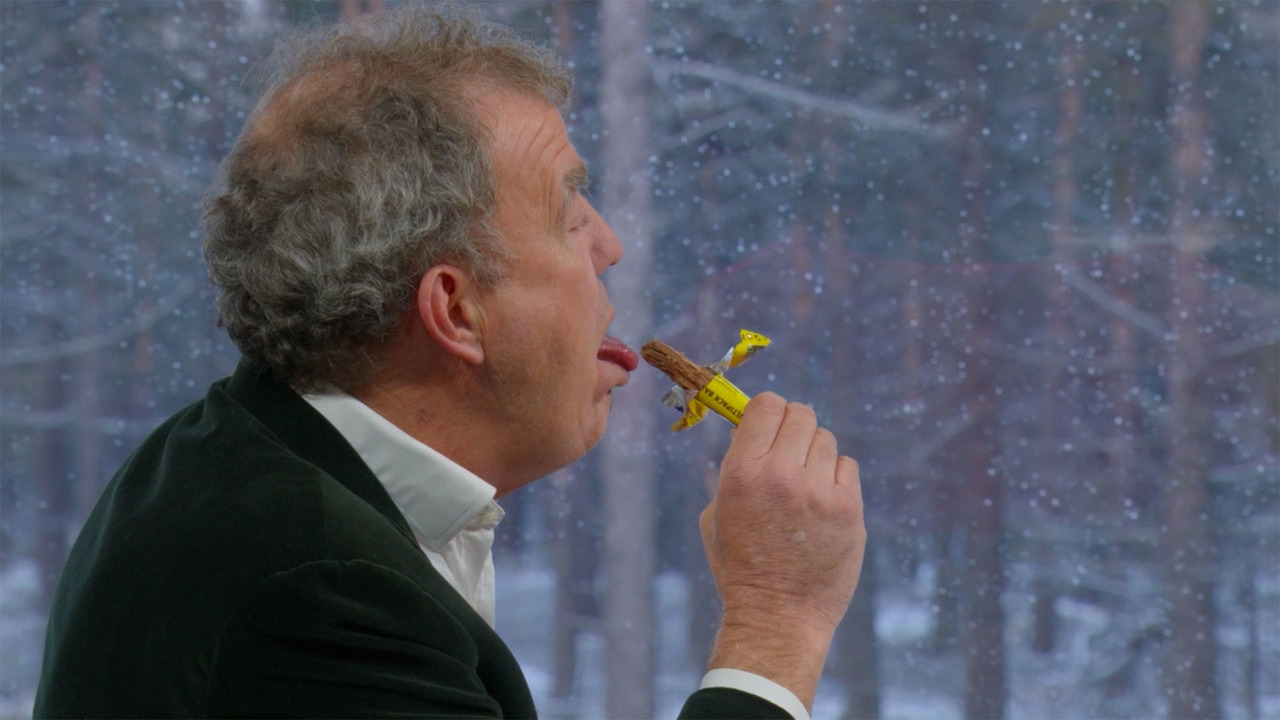 The interior of the new Volvo S90 is beautiful, the boys note. So beautiful that one wouldn't want to, say, smear chocolate crumbs all over the light-colored leather and wood. With that in mind, what type of chocolate is best (least worst?) to eat while driving?

5. Sugar consumed, a car chase breaks out between the two fast Fords 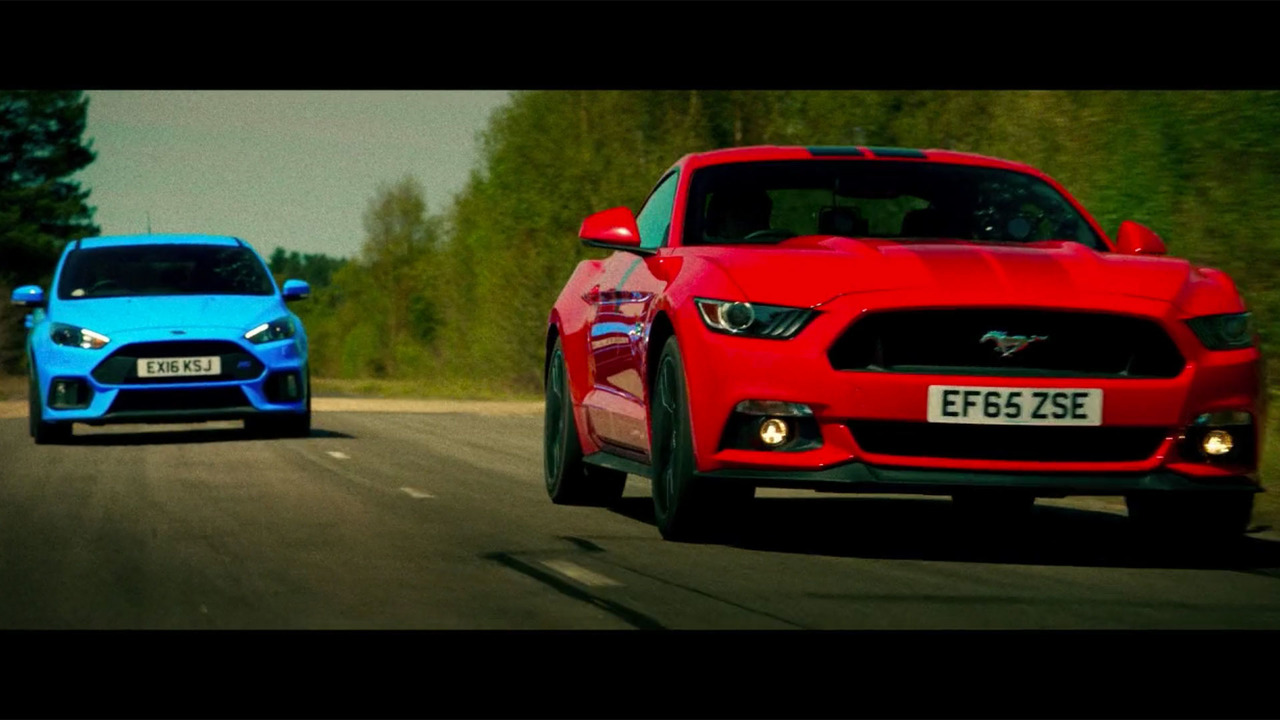 And the participants couldn't have different reactions. "I'm in a car chase in a Mustang," gushes Richard. "I am Steve McQueen." Clarkson, meanwhile, is impressed by how much grip the Focus RS generates in bends: "What is the point of traction control on this thing?" he asks. "It's like putting nymphomaniac control on a nun." 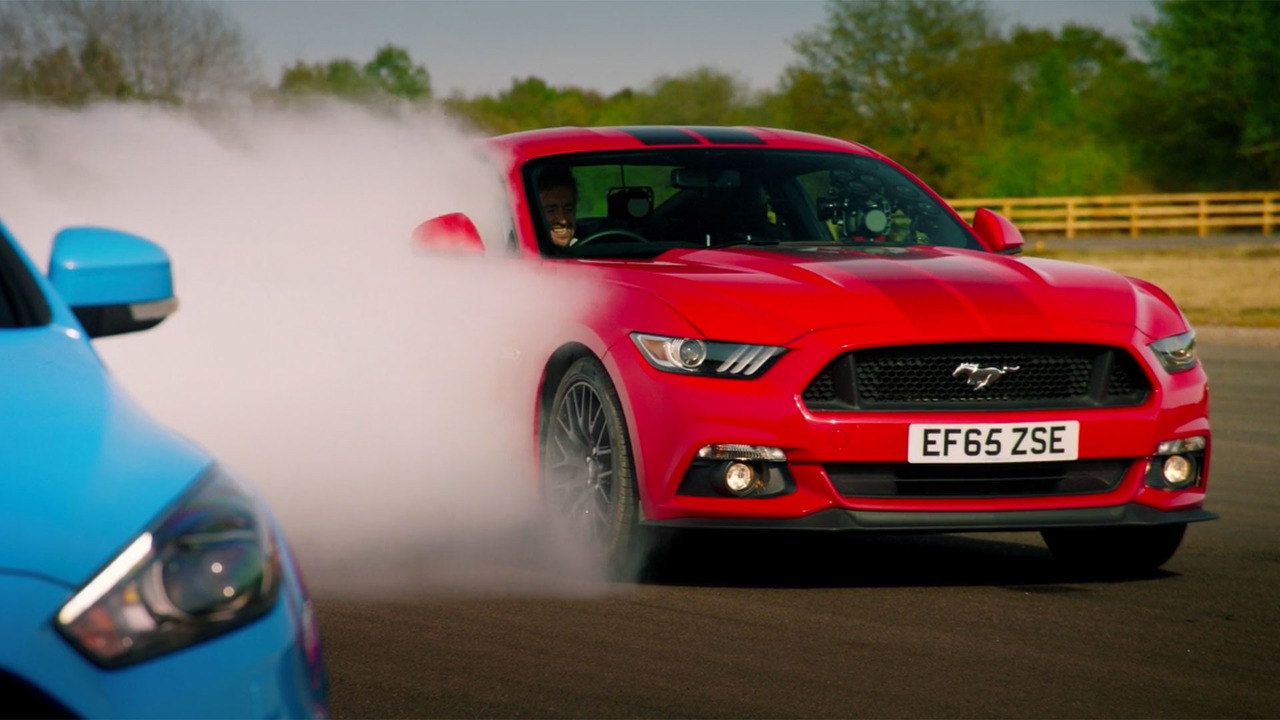 It's intended for, uh, warming up your rear tires. But Clarkson thinks he knows the real reason line lock was invented: "That is an ideal feature for people who wake up in the morning and think, 'Hmm, I've got too much tread on my tires.'"

7. It's the Grand Tour Santaland Grotto 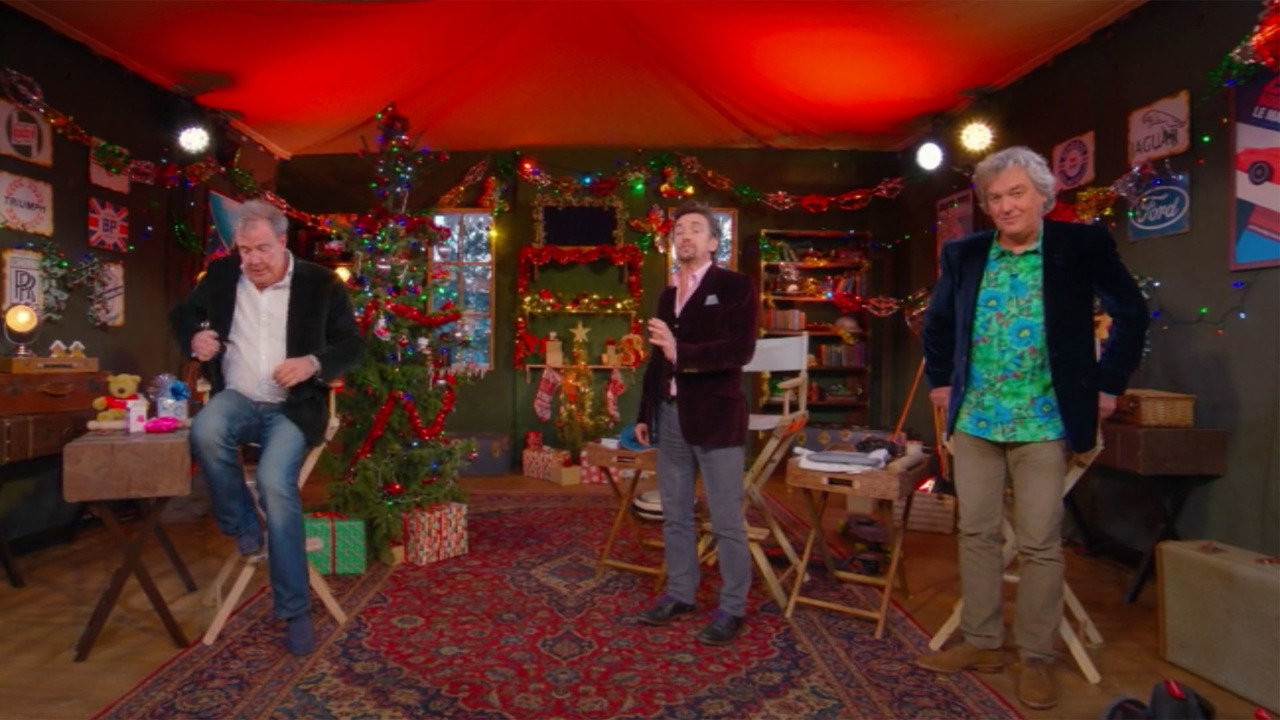 Still need a Christmas gift? The Grand Tour has you covered with some rather creative and scandalous gift ideas.

8. May lives out a dream and drives a Ford GT40

Not just any GT40, by the way – one that actually competed at Le Mans in 1966. You know, as the culmination of Ford's big revenge plot to humiliate Ferrari on the world stage.

9. And this is what they had to battle against 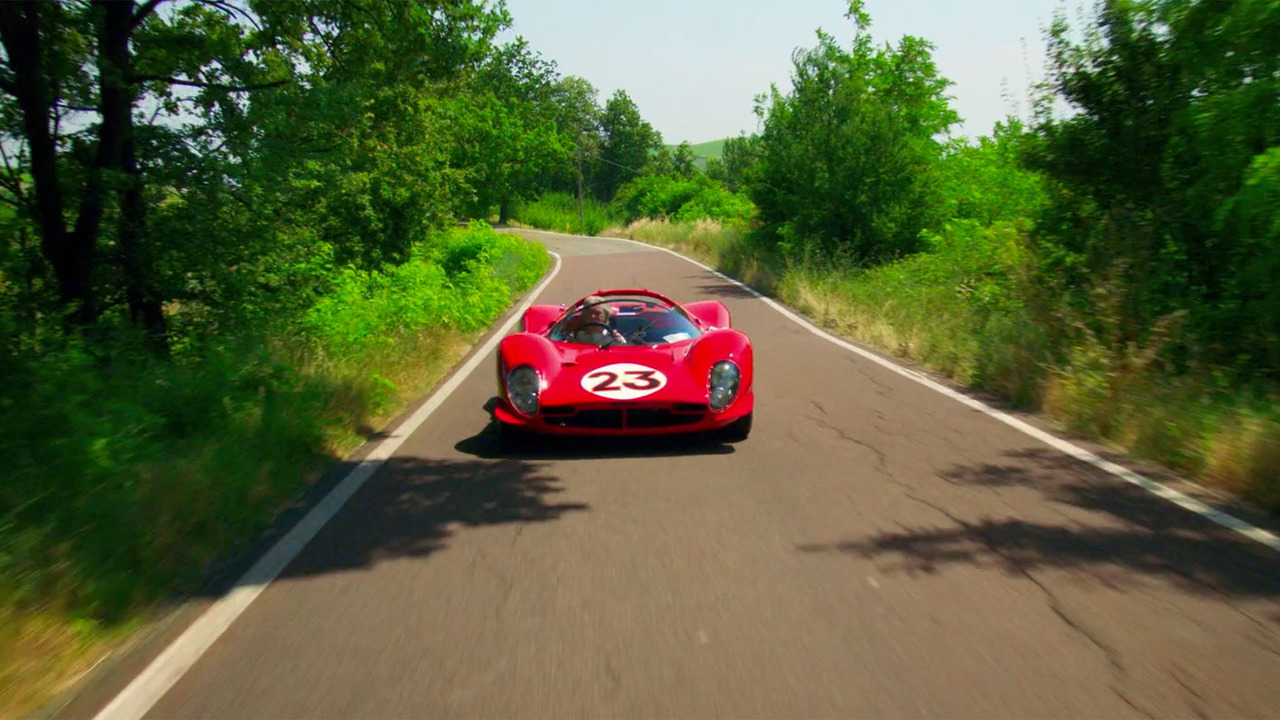 It is the achingly pretty and immensely valuable Ferrari P3. At only 37.3 inches tall it is, incredibly, even lower to the ground than the GT40.

Ford may have won that famous race, but look at the two cars that were produced from that rivalry. Ferrari and Ford poured everything they had into Le Mans, and these beautiful machines are an amazing testament to that battle.